Rebecca’s War Dog of the Week: Postcard from Ukraine: strays in foxholes, the legacy continues

Over the last year or so, there have been a lot of wire photos coming in from the front lines of fighting in Ukraine showing muddied and embattled soldiers and volunteer fighters sharing a quiet or comforting moment with a stray dog.

Over the last year or so, there have been a lot of wire photos coming in from the front lines of fighting in Ukraine showing muddied and embattled soldiers and volunteer fighters sharing a quiet or comforting moment with a stray dog. As seen in the photo with this little guy above. The caption reads: “A fighter of the Ukrainian Donbass volunteer battalion holds a puppy with a collar featuring colors of the Ukrainian flag on March 17, during a farewell ceremony in the center of Kiev before their departure for the east of the country to take part in anti-terrorists operation.”

While they do not have military training, these dogs are war dogs. Or at least, I consider them as an extended part of the war-dog community because stray dogs turned soldiers have a long and rich legacy in the canine-fighting canon. (I’ve written about them at more than one turn here, and in the book.) There strays turned soldiers of wars past like Union Jack, Stubby, Rags, and Smoky — and countless more like them. And then a new generation of scrappy dogs like Target, Rufus, and Sasha, who sacrificed their lives to protect the service men stationed in Afghanistan who had informally adopted them.

The dogs in the photographs from Ukraine — many of whom were likely displaced by the fighting in much the same way as the men, women, and children of these towns — are providing their own service as companion animals, guard dogs, or mascots, however informal. And no doubt their impact is worthwhile. Here’s a short collection of these strays from the front in Ukraine: 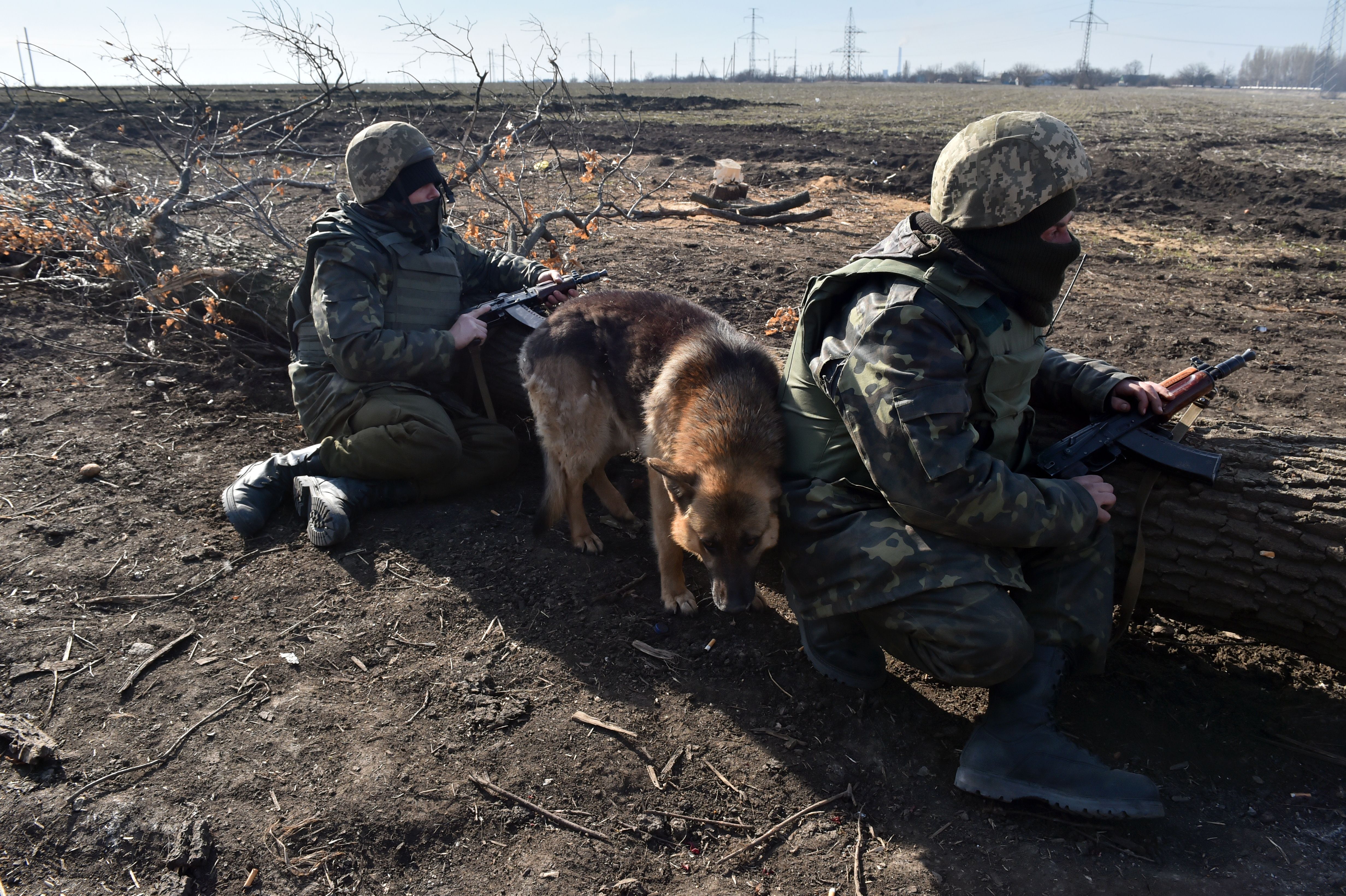 A stray dog hangs out near a Ukrainian Army position on the front line near small eastern Ukrainian city of Kurakhove, in the Donetsk region on March 11. 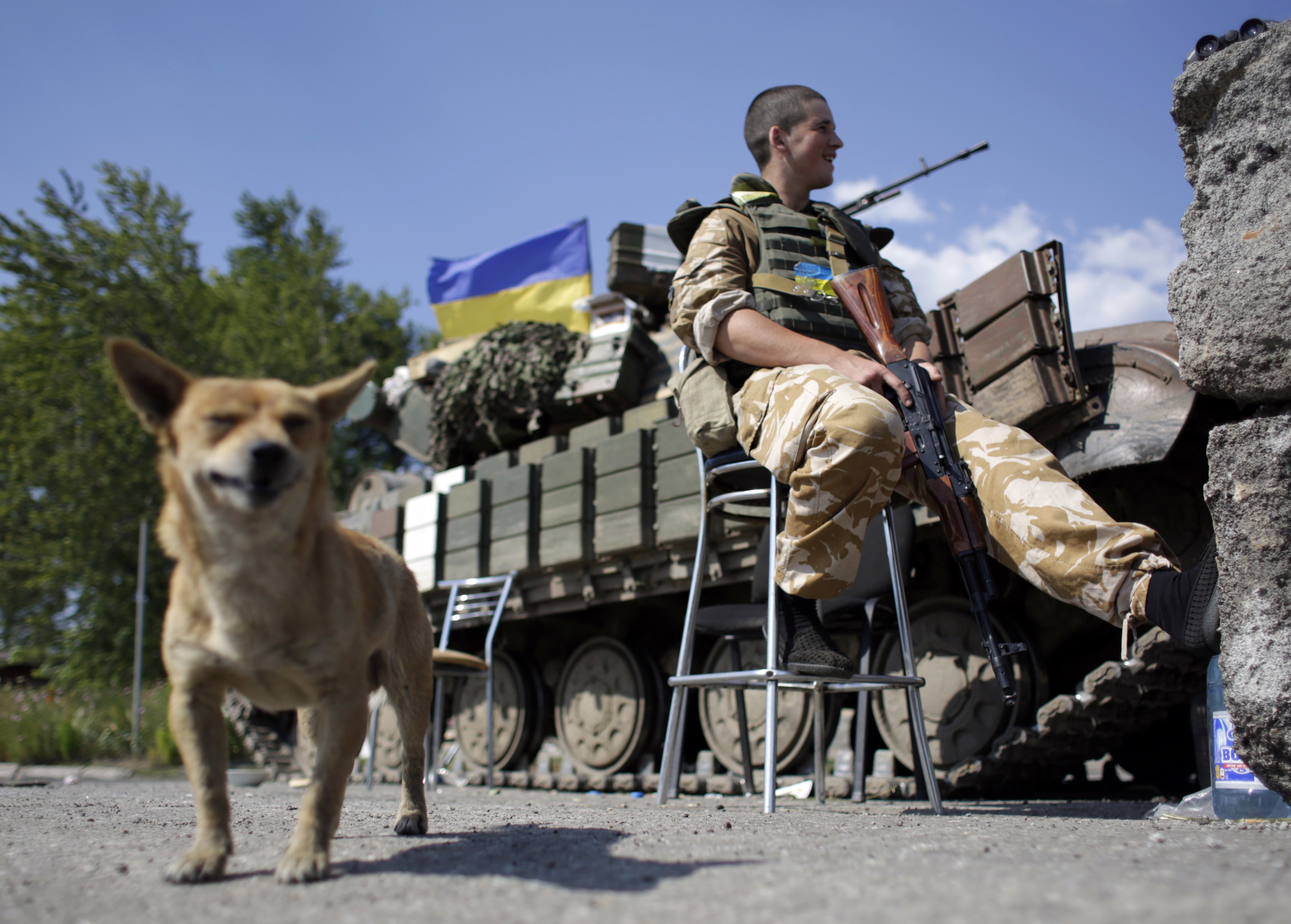 Ukrainian soldier guards the checkpoint near the eastern Ukrainian city of Debaltseve on Aug. 2, 2014. 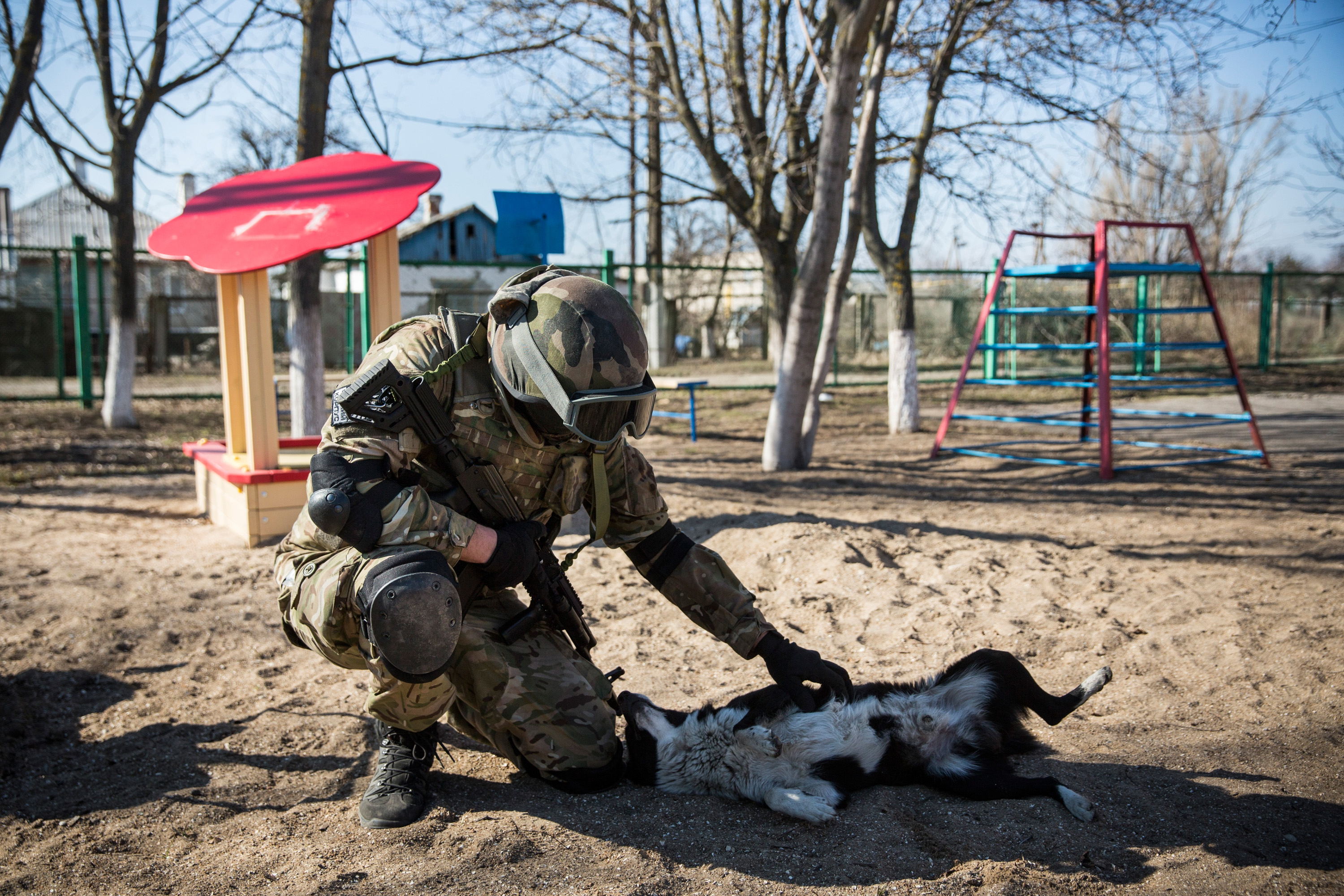 A Ukrainian soldier from the Azov Battalion pets a stray dog in the playground of a school that has been converted into temporary barracks for soldiers while waiting for clearance to be sent back to the front line of defense against pro-Russian rebels on March 9 in Lebedynske, Ukraine. 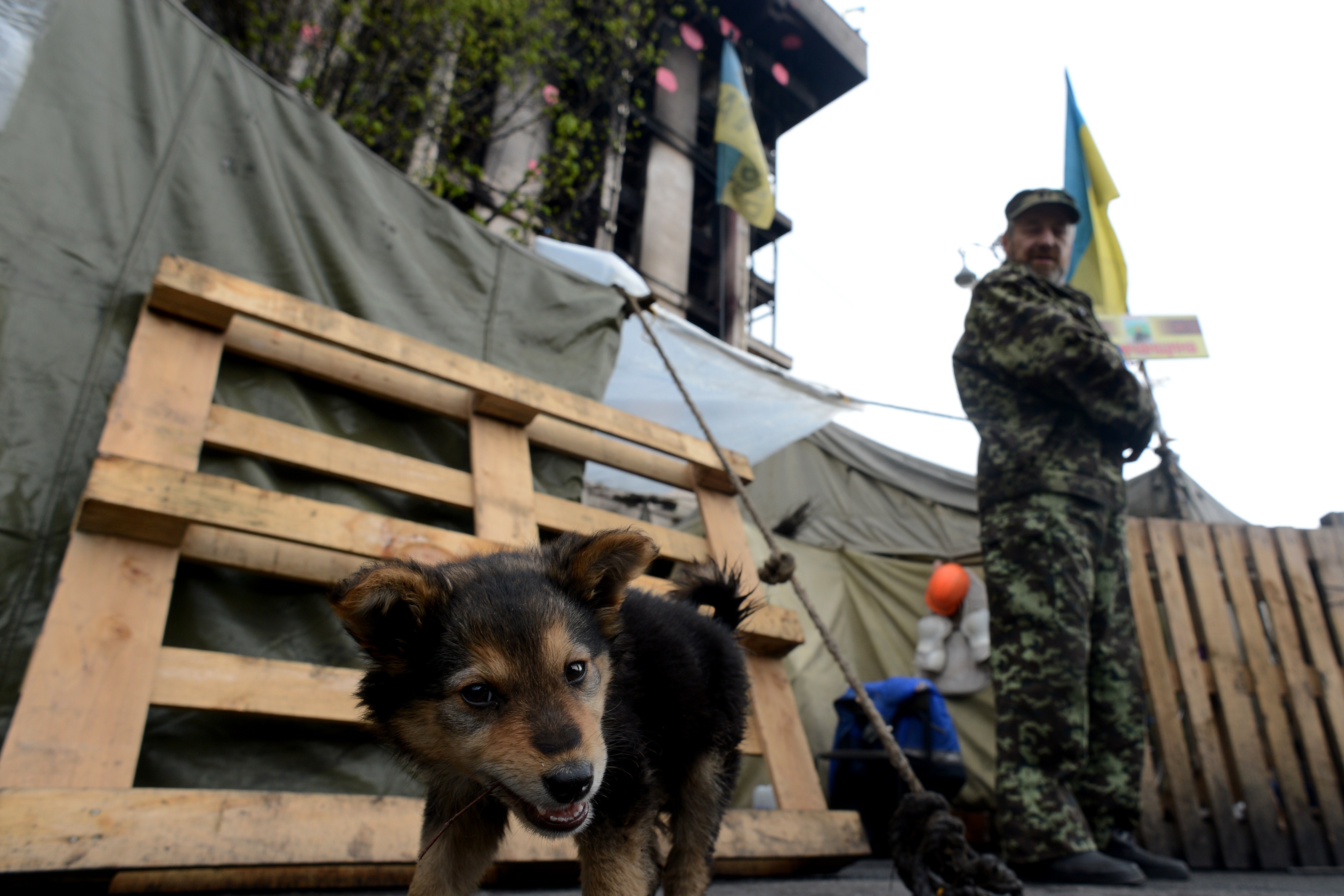 A dog plays at the Pro-European Union demonstrators’ camp at the Maidan Independence Square in Kiev on April 17, 2014.

Thomas E. Ricks covered the U.S. military from 1991 to 2008 for the Wall Street Journal and then the Washington Post. He can be reached at ricksblogcomment@gmail.com. Twitter: @tomricks1
View
Comments
Tags: Rebecca's War Dog of the Week, Ukraine