The historic meeting comes as Cuba and the United States work to normalize relations.

President Barack Obama and President Raúl Castro of Cuba shook hands Friday night at the opening of the Summit of the Americas, a small but important piece of symbolism as the two long-estranged countries work to normalize relations. 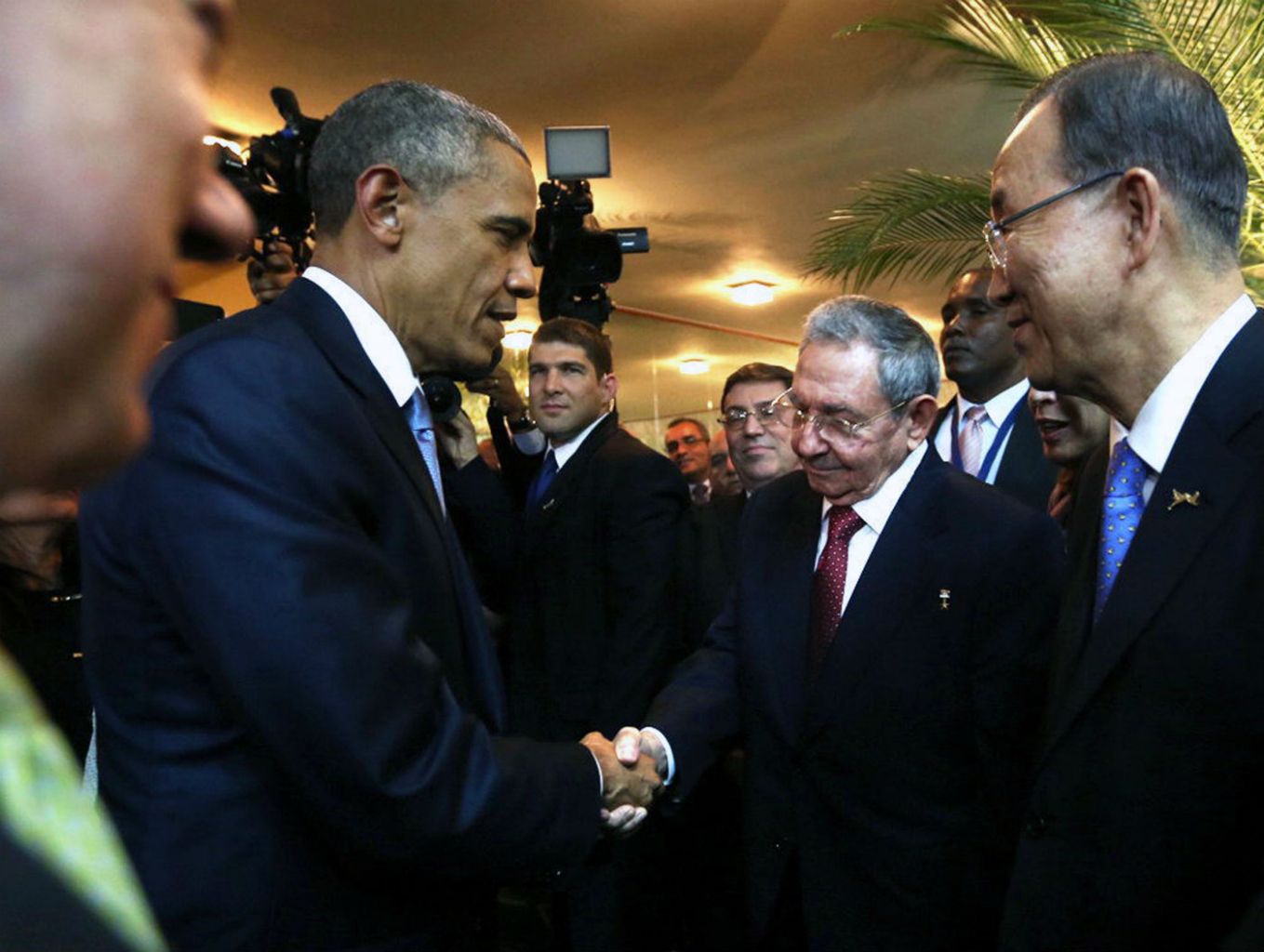 It’s the second time the two men have met — the first was also a brief handshake, at the funeral of Nelson Mandela — and comes on the heels of announcements by both leaders that they will seek to ease tensions and improve ties. Officials from the two countries have been in discussions to establish ordinary diplomatic ties, the improvement of business ties, and the easing of long-standing American sanctions on the island-nation.

The two men are reportedly set to meet for discussions on Saturday as the summit continues.

Trump Talks Up Oil Markets, but the Economy Is Still Tanking

A Deal to Stop the Saudis From Drowning U.S. Shale Would Come None Too Soon