The Mediterranean Migrant Crisis, by the Numbers

Thousands of migrants have died making the dangerous crossing.

The humanitarian crisis along Europe’s southern border seems to ebb and flow from the public consciousness with every mass drowning in the Mediterranean Sea. And with the news that as many as 700 people died when an overloaded boat headed from Libya to Italy capsized, European leaders are rushing to figure out a response to a crisis that shows no signs of slowing.

On Monday, the EU pledged to increase funds for Triton, the EU naval operation aimed at rescuing the migrants from Libya, Eritrea, Congo, and Syria who have left their countries in search of a better life in Italy but died before they reached its shores. On Thursday, European leaders will convene an emergency summit on the issue. But it’s not clear what they’ll be willing, or able, to actually do. The following figures, assembled by the International Organization for Migration, an intergovernmental organization, paint a picture of just how immense a challenge it is — and just how many lives hang in the balance.

3,072: The number of migrants who died while attempting to cross the Mediterranean Sea between January and September 2014. 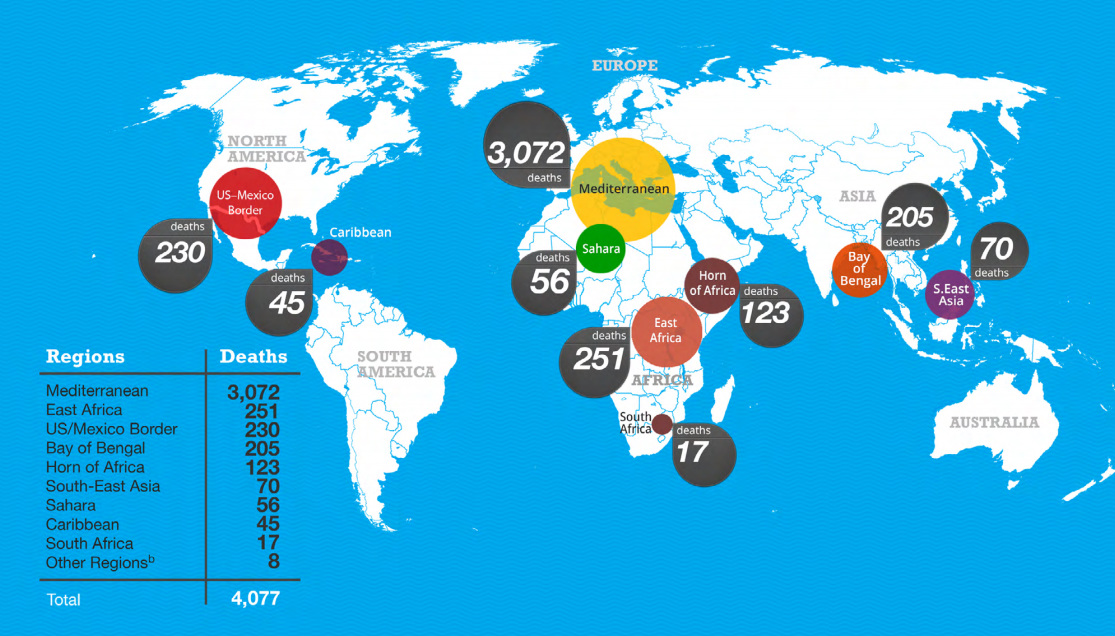 More than 1,500: If this weekend’s death toll is confirmed, the number of migrants who have died attempting to make it from Libya to Italy in 2015. 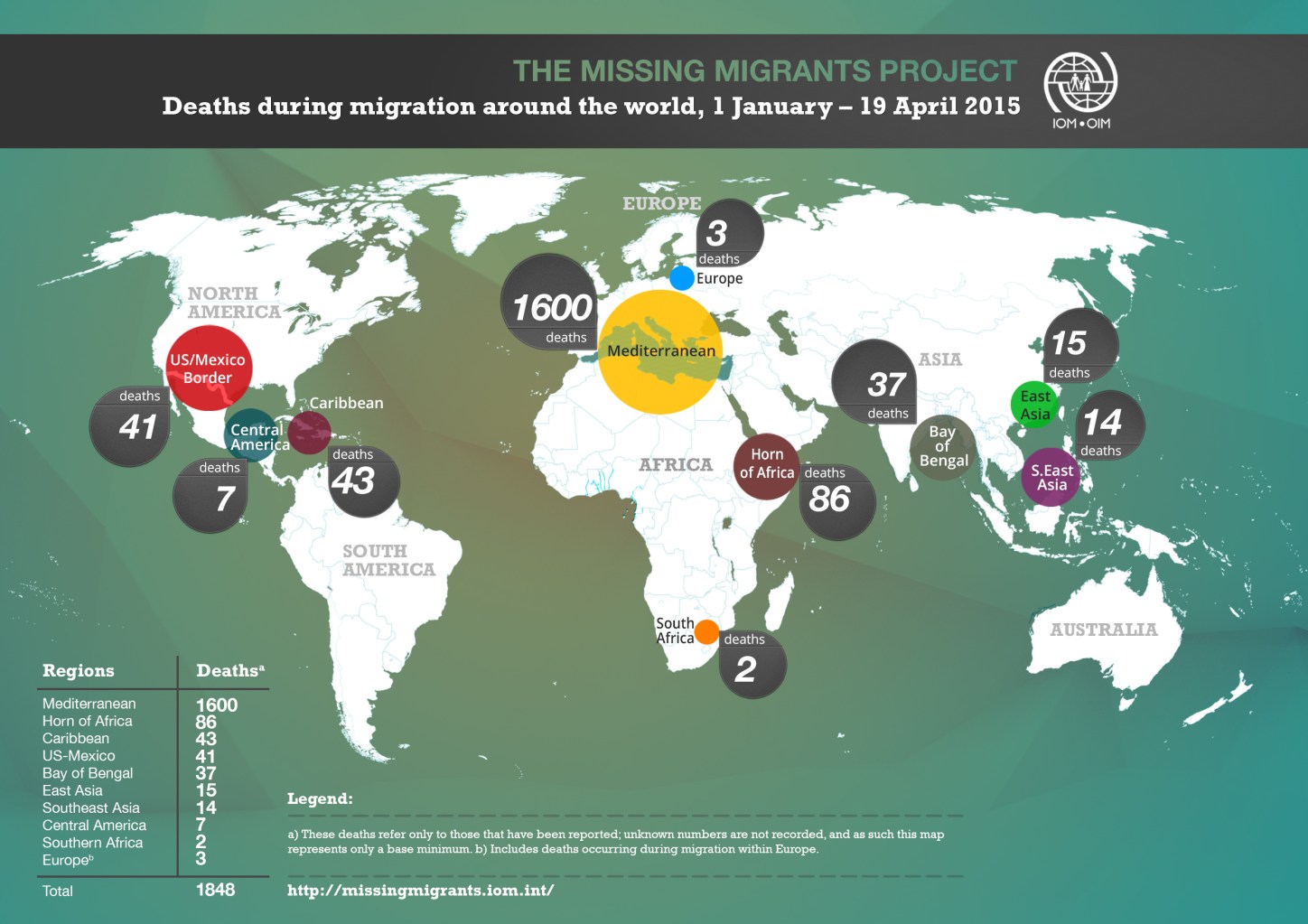 1,100: The number of migrants who have died trying to make it to Italy from Libya in the last week.

Approximately 10,000: The number of migrants rescued by the Italian Navy and commercial ships between April 10 and 16.