The Migrants Who Make It

For survivors of the long, dangerous journey across the Mediterranean, the promised land often isn’t all that it once seemed. 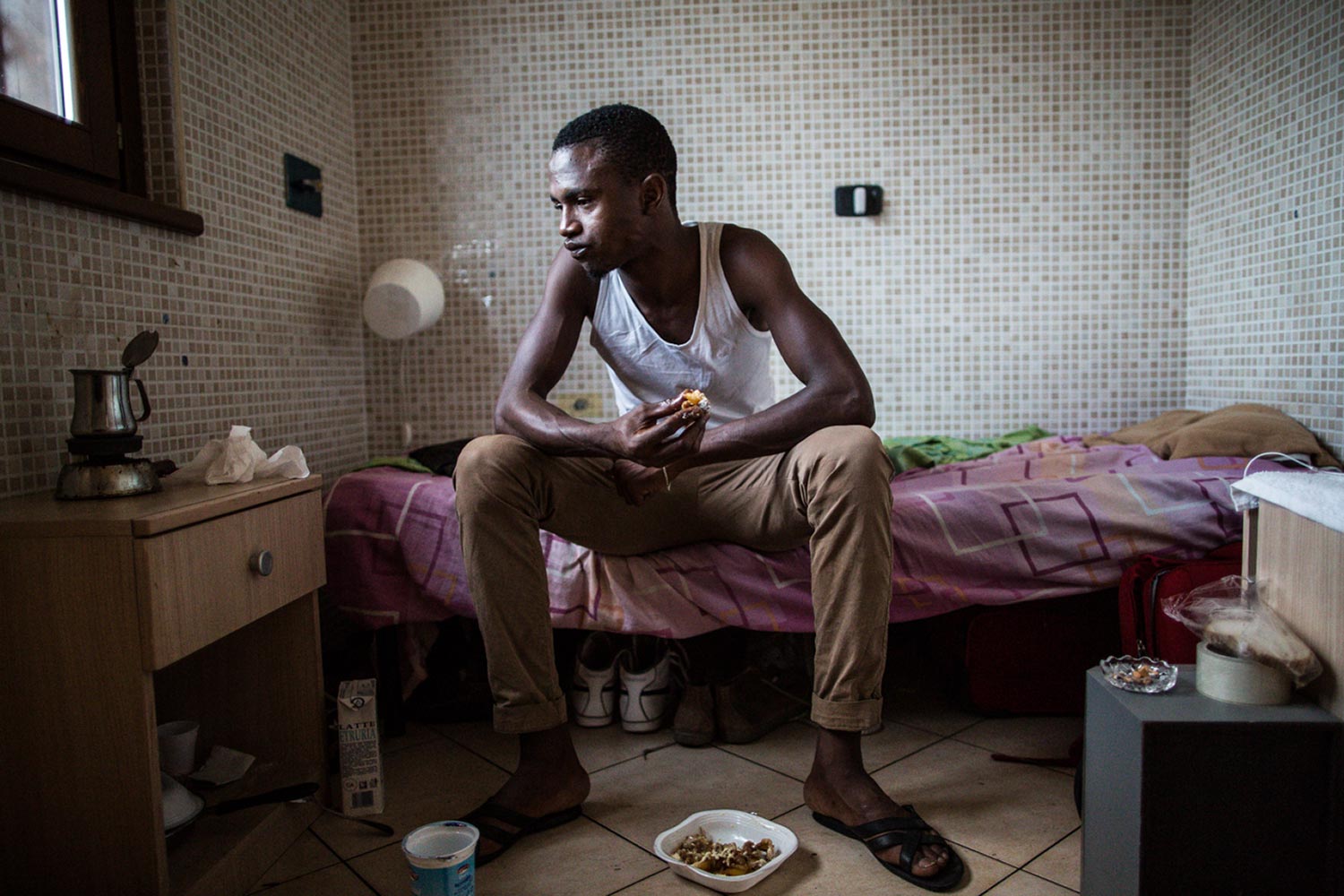 For migrants coming from broken lands to the south and east of Europe, the allure of a better life is a powerful thing. No migrant embarks on the journey to Europe ignorant of its dangers — more than 1,500 people have died trying to cross the Mediterranean Sea so far this year, approximately 1,100 of them in the past horrifying week — but many do so armed with hope for what will be waiting for them on the other side: a safer, more stable existence. Some people, particularly those who continue north after their arrival, making it to countries such as Sweden and Denmark, manage to find this dream. Many, however, do not.

For Lamin, a migrant from The Gambia, the promise of Europe has fallen short. Lamin arrived on the continent in October 2012, having survived the journey from Libya. But he made the mistake of registering for asylum in Italy, a country ill-equipped to handle the flood of poor migrants landing on its shores. Shortly after receiving his asylum papers, Lamin was kicked out of government-provided housing; he has spent the last nine months homeless, and now lives in an abandoned building in Rome. “My life seems broken now,” he says.

Ishmael, from Senegal (pictured above), is still waiting for asylum. In his government-run house in Rome, he watches a pot of water boil for tea. "My day is just waiting,” he says. “All I do now is wait." But even those who do receive asylum often find themselves, like Lamin, lost in a strange land with few prospects. Maddo, also from Senegal, sleeps in an abandoned factory, with other homeless migrants. "I thought if I come to Italy, life will be better," he says. "But it is not better here. My life is worse."

Photographer Mackenzie Knowles-Coursin spent weeks on the road in Europe with the men — they are almost always men — who left home on a journey many don’t survive. Some have fared well, finding good homes in northern countries, and have plans to bring their familes to join them; others, like Lamin and Maddo, tell tales of broken dreams and bureaucratic nightmares. And yet even so, these are still the lucky ones: the migrants who make it. 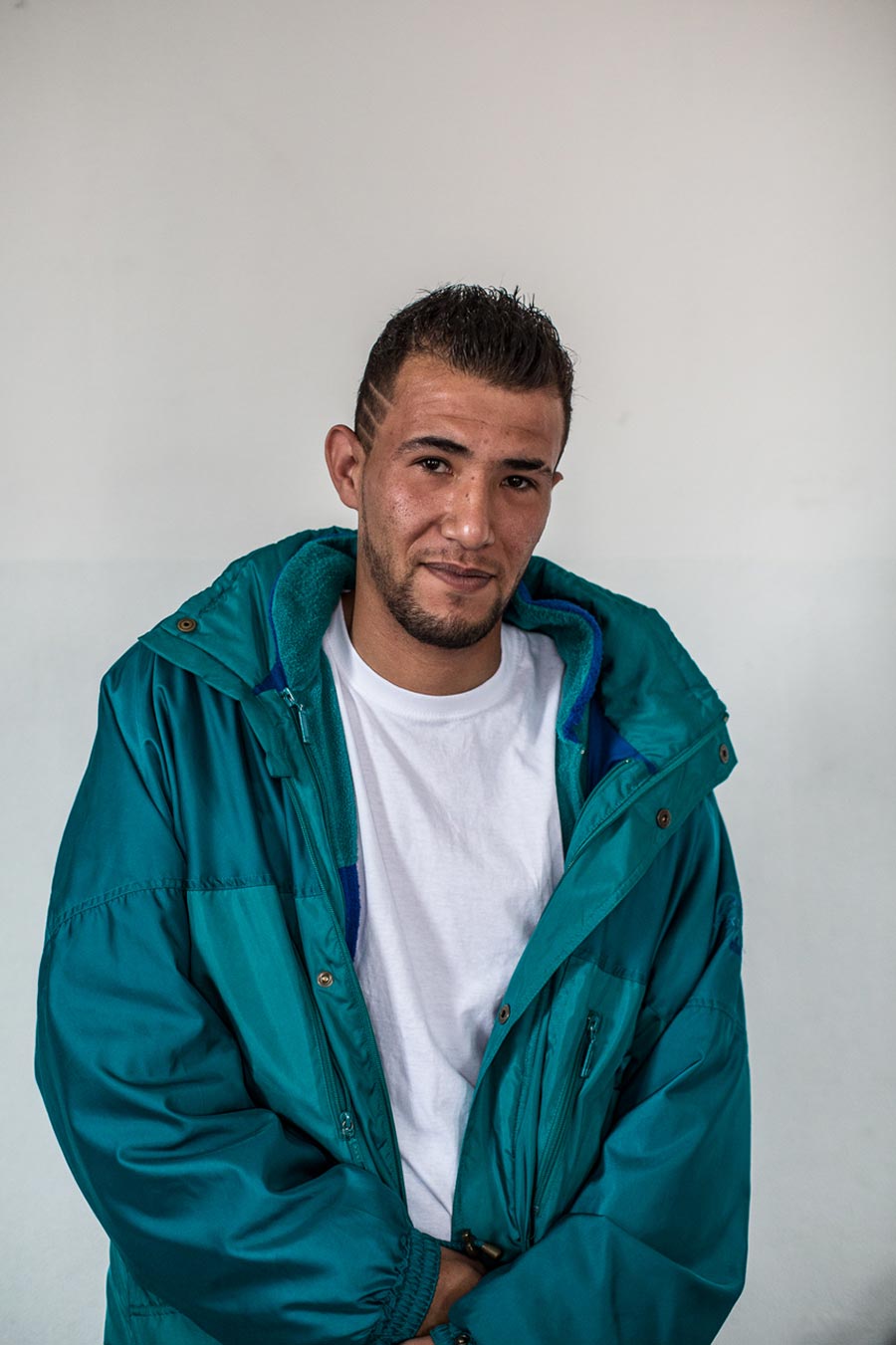 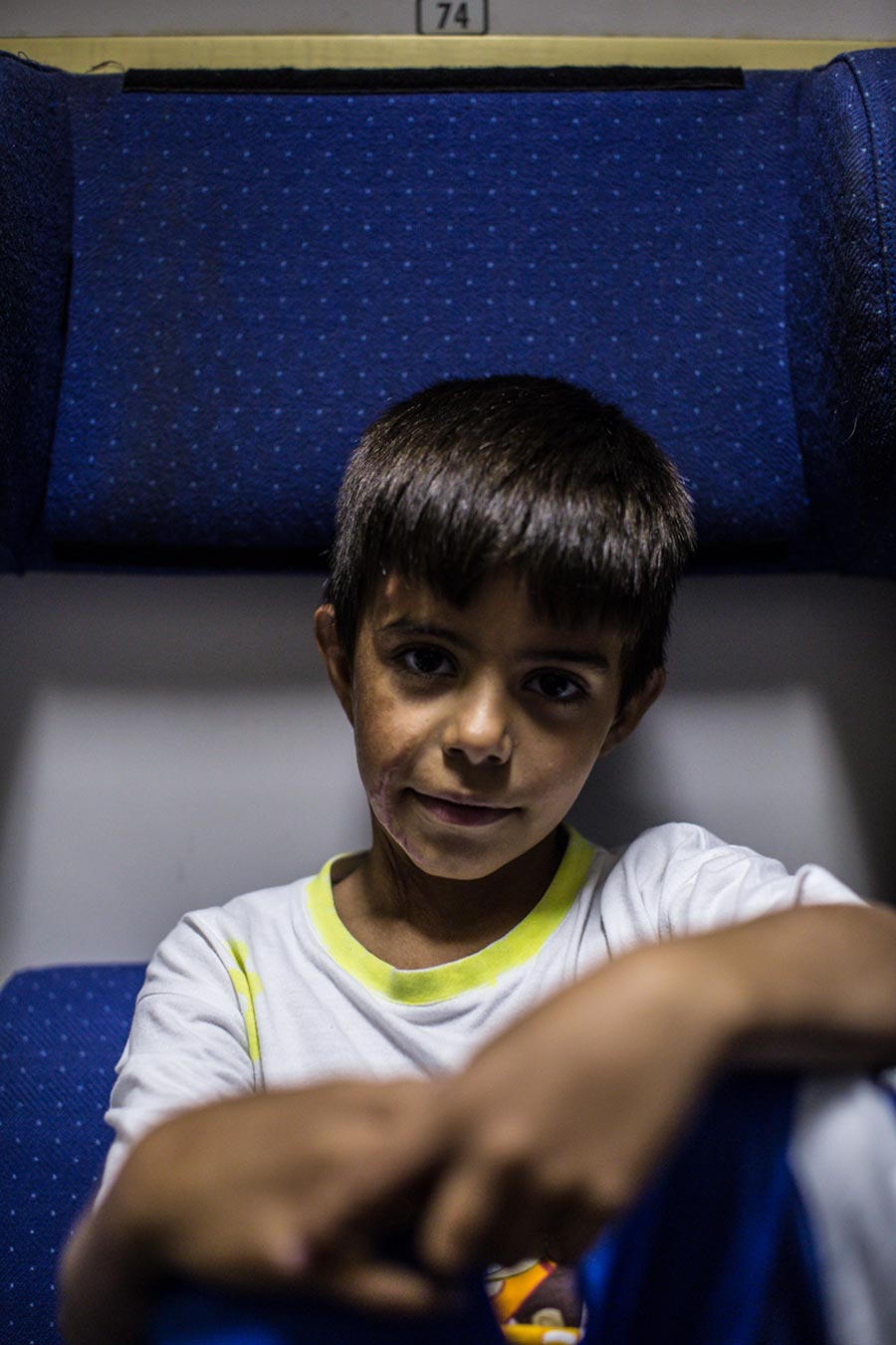 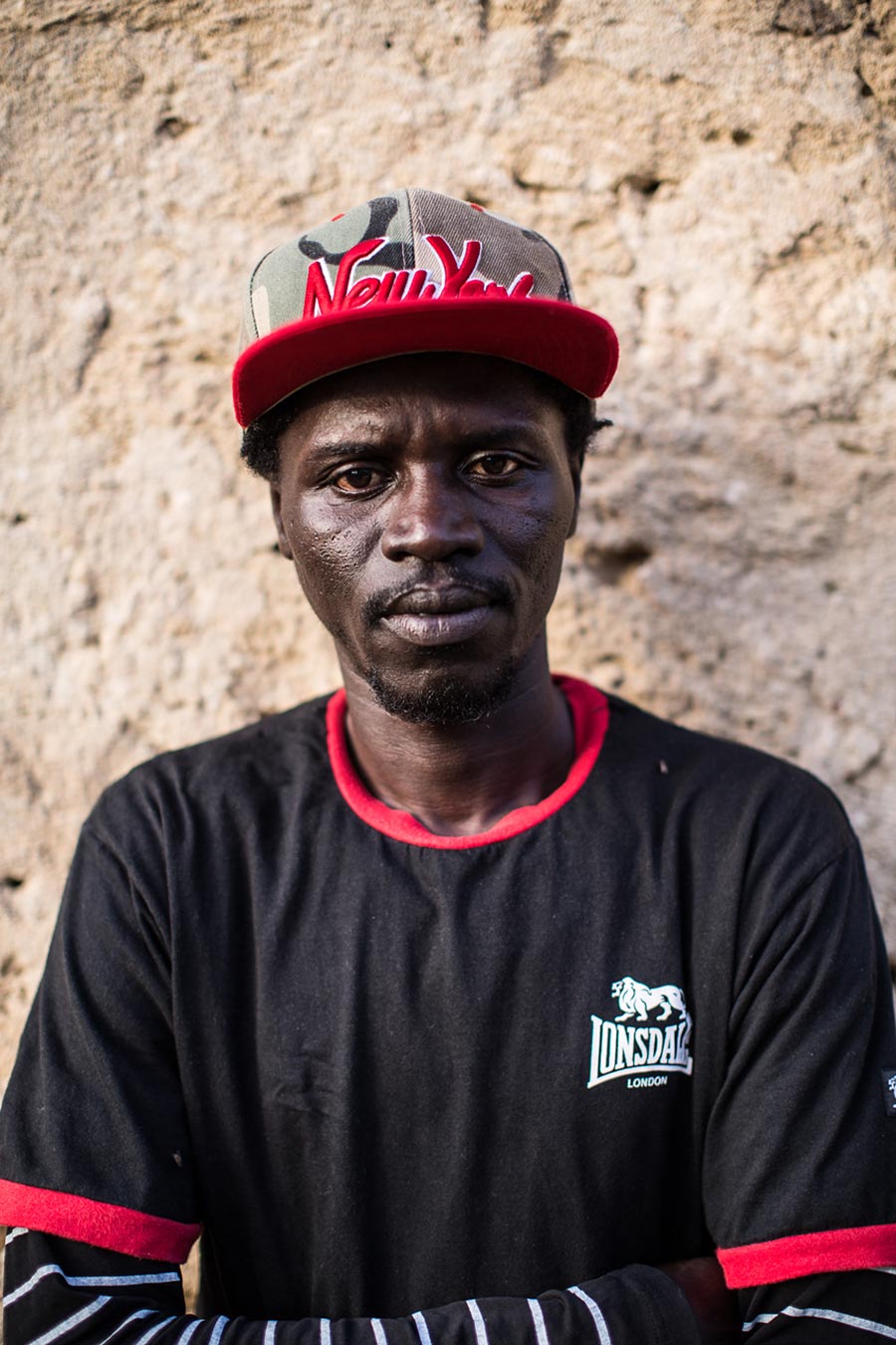 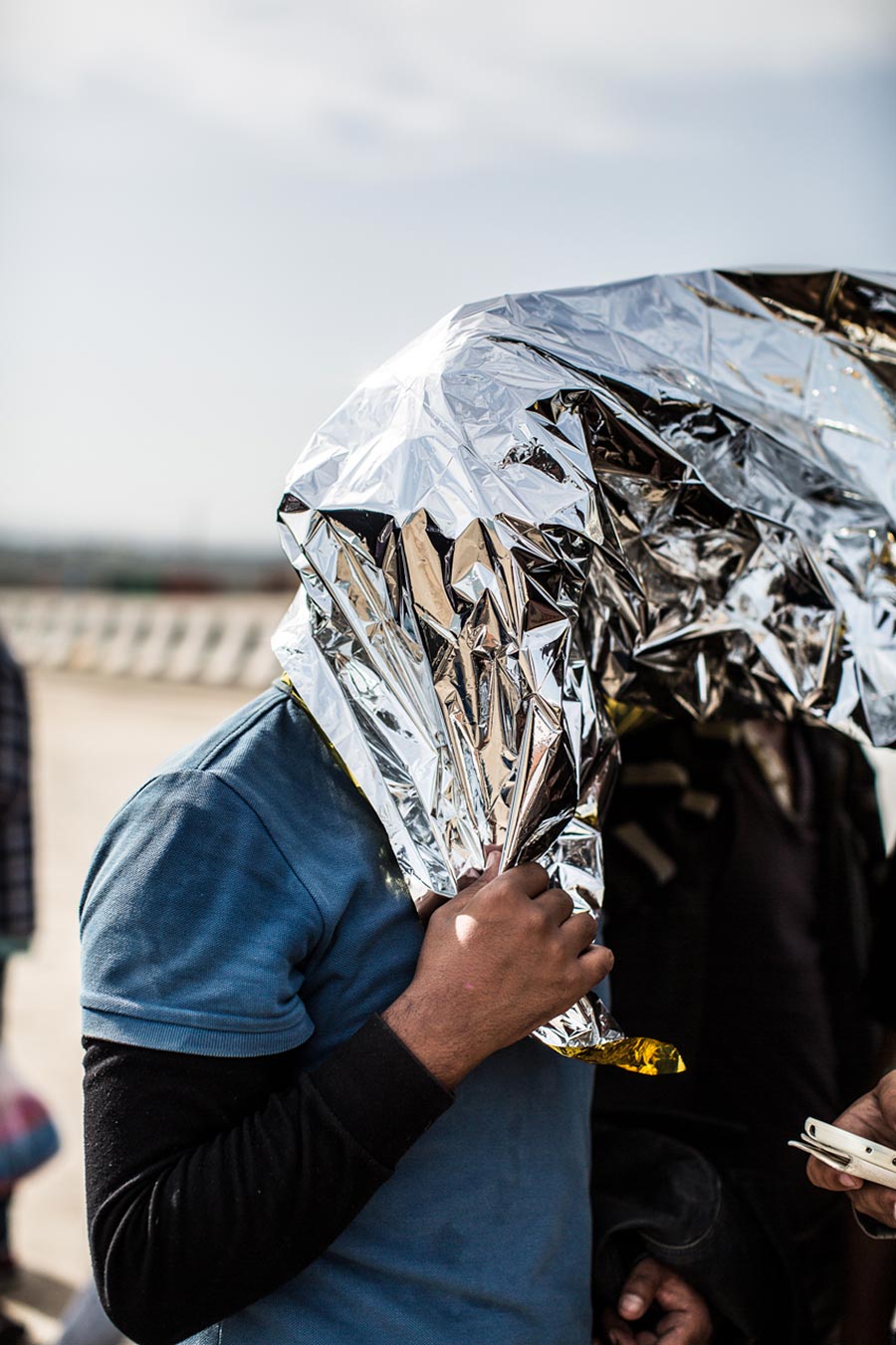 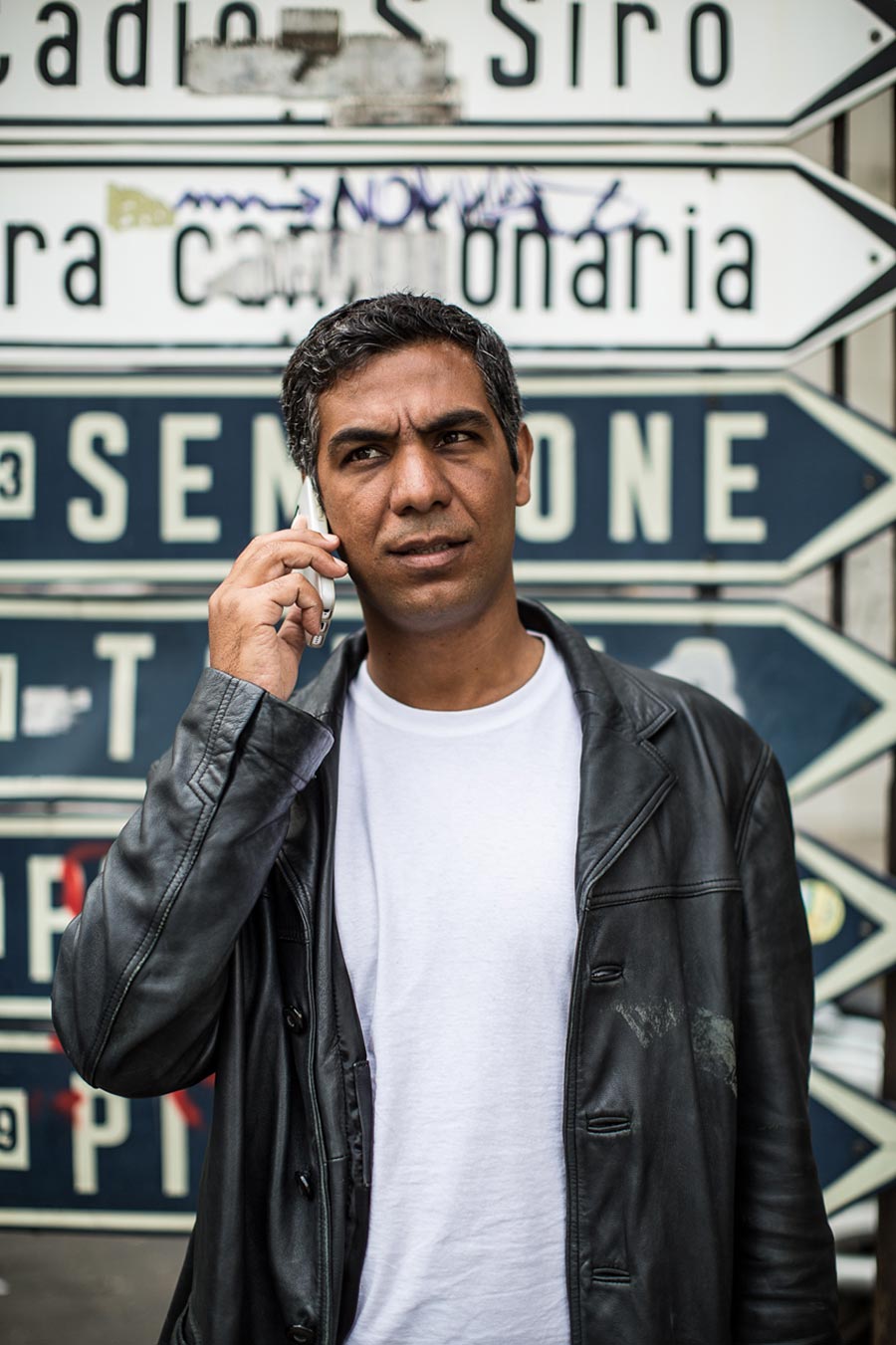 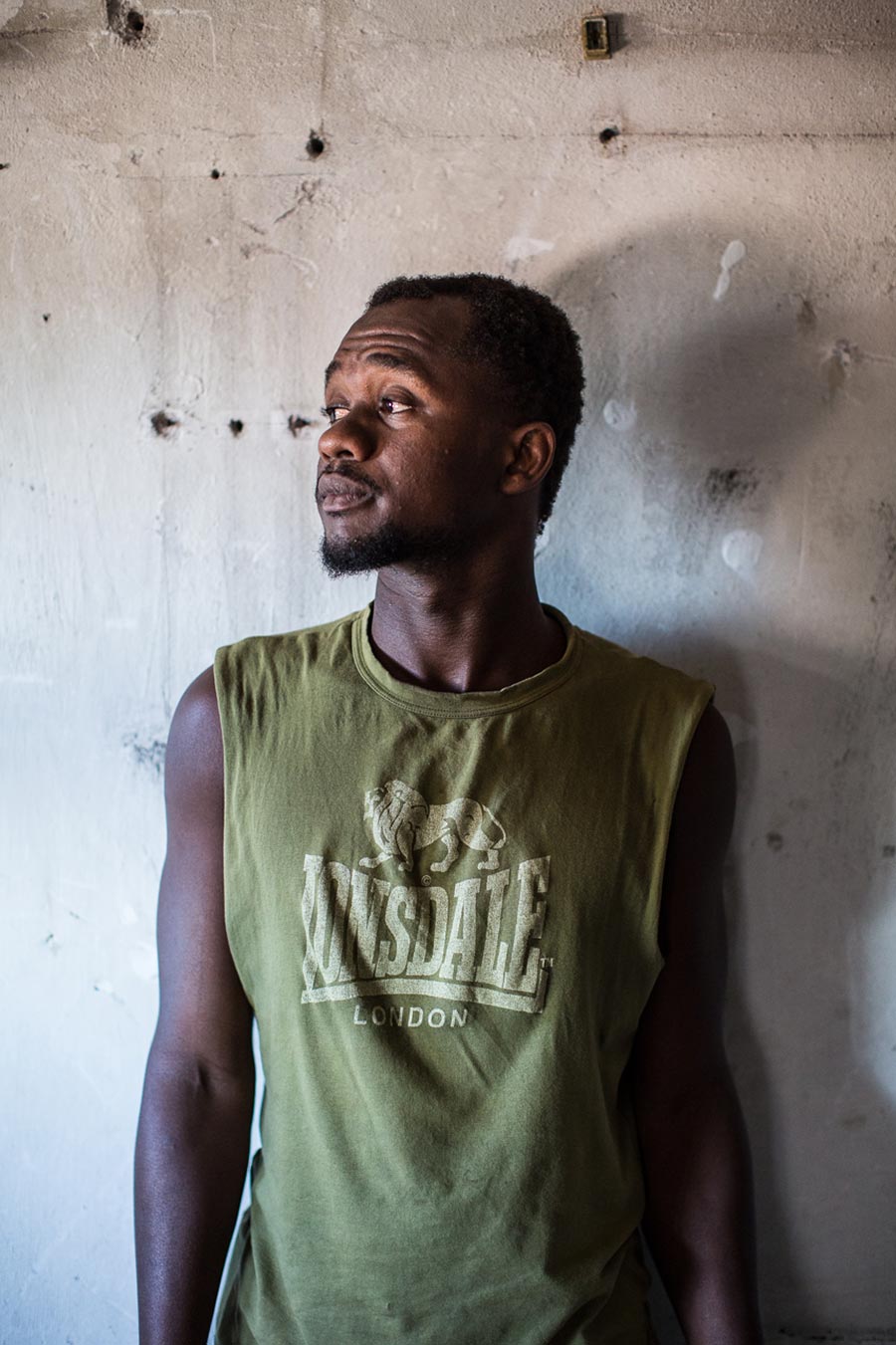 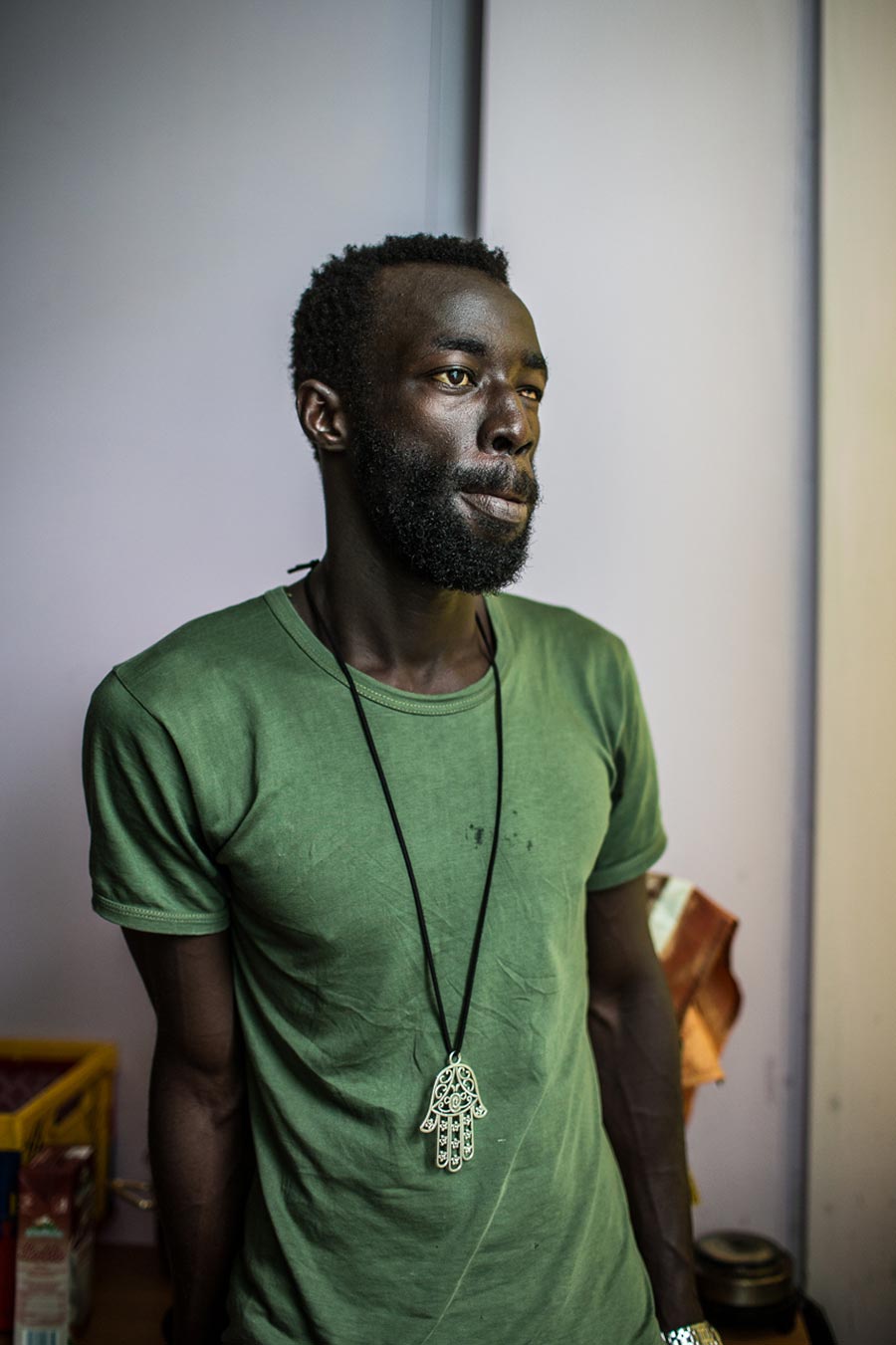 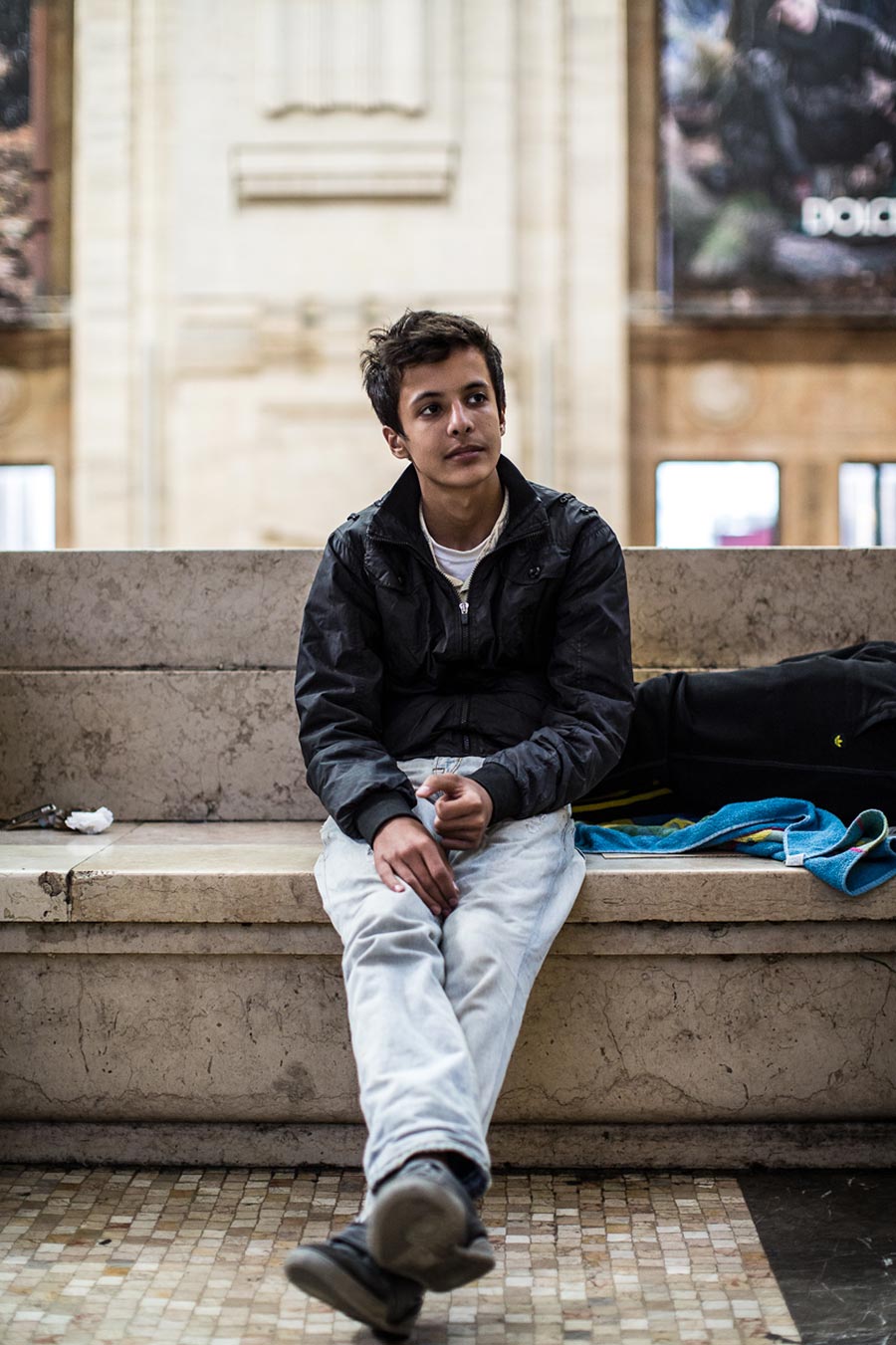 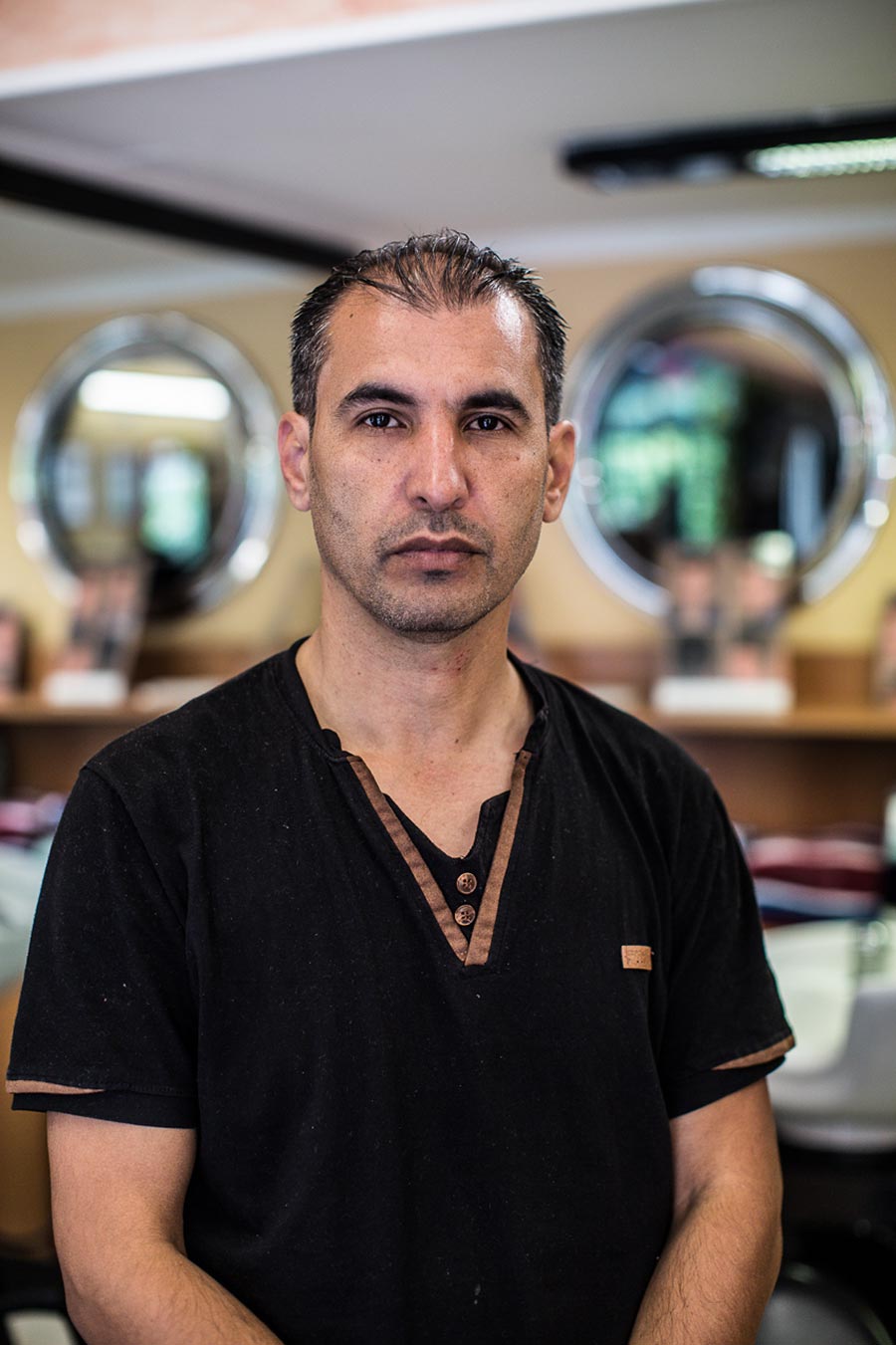 Yaser Omar, a Palestinian from Yarmouk refugee camp: Yaser Omar fled the Syrian government's bombing runs in Yarmouk, a camp located in Damascus, for Beirut. From there, he traveled to Khartoum, spent seven days crossing the Sahara to Libya, then spent three days sailing to Italy. After another week transiting through Italy, he made it to Denmark where he now lives, and has applied for asylum.

Hamza, a Palestinian from Yarmouk refugee camp: Hamza, 5, fled Yarmouk after getting caught in one of the many bombings Syrian government forces have conducted on the camp. The right side of his face and upper body show the scars from the explosion. After 11 days at sea, Hamza was bound for Denmark via Italy, Germany, and the Netherlands.

Musa, from Mali: Musa is staying in a center for migrants in Mineo, Sicily, where he lives his daily life in a sort of legal limbo; he has been waiting for his asylum documents for the past 11 months. "I lost my life. I feel like that," he says. "I feel like I will never make it." Once he receives documents, he says, he will head to Rome to try and find work.

The ocean wind blows a Mylar thermal blanket around the head of a migrant who has just arrived in Sicily after sailing 11 days from Turkey.

Kaseem, from Homs, Syria: After working for one and a half years for an NGO in eastern Turkey, Kaseem saved up enough money for the journey to northern Europe. After two weeks traveling by boat and train he was detained by police in Milan while on the way to the airport. But Kaseem refused to provide fingerprints, or apply for asylum in Italy, and he was released after 24 hours. He finally made it to Denmark, where he has applied for asylum, and hopes to begin a masters degree in international diplomacy.

Lamin, from The Gambia: Lamin landed in Sicily more than a year ago after his boat was rescued by Italian authorities. He was kicked out of government housing once he received his asylum papers and has been sleeping on the street for the last eight months. "This is not life here," he says. "We are nowhere now and there is nowhere to go."

Fams, from The Gambia: Originally from West Africa, Fams spent three years working as a carpenter in Libya when he awoke one night at the start of the Libyan revolution to a rifle butt hammering him in the face. Young Libyan men were raiding the compound where he and many other migrants lived. Rumors had spread that the migrants were aligned with Muammar al-Qaddafi, and they quickly became targets.

Fams fled for Italy, losing his left eye along the way from injuries sustained that initial night. After receiving asylum in Italy, he lived on the street for seven months. He now lives in an old office building in Rome with hundreds of other migrants who cannot find housing, in an unauthorized settlement known as an "Occupazione.”

Nawras, from Damascus, Syria: Nawras, 15, fled Damascus two years ago. He worked and attended school in Istanbul before setting out towards northern Europe via Italy, arriving in Sicily by boat. "I thought we would die in that sea," Nawras says. He made it to Sweden, but continues to have recurring dreams about being stuck on a boat in the middle of the ocean. He hopes to bring his mother and two younger siblings to Sweden within the next year. (See FP’s photo feature on Nawras’s journey from Sicily to Sweden here.)

Haleem, from Homs, Syria: "You cannot find any words to describe the sensations of loss we have" after leaving Syria, Haleem says. "I don't cry all my life, but I cry that day when I leave my home and family." After 11 days sailing from eastern Turkey to Sicily and seven days transiting north, Haleem made it to Denmark. He hopes to bring his wife and two young boys over as soon as he can.

All photographs by Mackenzie Knowles-Coursin