The Starving Children of Helmand Province

Already gripped by violence and poverty, Afghanistan is now in a malnutrition crisis that has left a quarter of its children underweight and could cost the country millions.

LASHKAR GAH, Afghanistan – The malnutrition ward at Bost Hospital in Lashkar Gah is normally packed with wide-eyed, withered babies and skeletal toddlers with swollen stomachs. But at the moment, only half of the beds are full.

It’s poppy harvest season in Afghanistan’s southern Helmand province — the time of year when many rural households secure most of their annual earnings. And that means a dip in admissions to the hospital: Most women will not travel unaccompanied from the countryside to the city, and men cannot afford to abandon their work in the field to go with them. In a few days when farmers have wrapped up this year’s harvest, the children who make it to the hospital will be in a much more critical state — if they survive at all.

Farzana, a young mother who doesn’t know her age but looks about 16, is one of the ones who made the journey — and when Foreign Policy visited the ward April 6 she was already impatient to go home. Her husband was also in town, waiting for their 5-month-old son, Juma Khan, to get better so they can travel back to their home in Nad-e Ali district, about 12 miles away away, in time for the harvest.

Juma Khan has been weak since birth, but seven days earlier he’d gotten diarrhea and started vomiting. His arms and legs were shrunken; his dark hair fell in gluey patches over his forehead, which looked too big for his body. Farzana said she didn’t know why her son was ill, though nurses told her she needed to feed him breastmilk rather than biscuits, tea, and milk formula.

Afghanistan is in the midst of a malnutrition crisis. While numbers are disputed because of the difficulties of surveying diseases in remote areas, the best study available — the U.N.-backed National Nutrition Survey — estimates that more than 500,000 Afghan children under the age of six will require treatment for malnourishment in 2015. A quarter of all Afghan children are underweight. “If nothing is done, close to 15 percent of those will not survive,” says Lakshmi Balaji, deputy representative of UNICEF in Afghanistan.

At first glance, the children in Bost Hospital look like the victims of hunger and drought in Niger, Ethiopia, and other developing countries. But Afghanistan’s malnourished children are a product of broader political circumstances, and a testament to the failures of 13 years of international involvement in Afghanistan. Despite an unprecedented torrent of foreign aid, health facilities remain scarce, education patchy, and poverty rampant, especially in the country’s south. (The United States alone has spent more than $100 billion in non-military assistance since 2002, outspending the Marshall Plan that rebuilt Europe after World War II.) In Helmand province in particular, where Farzana and her son are from, the effort to eradicate poppy and sow the seeds of a sustainable agricultural sector — one that could support a vibrant economy, a capable government, and create political stability — has been a failure.

Food shortages are not the main factor behind Afghanistan’s malnutrition problem, says Guilhem Molinie, country representative of Médecins Sans Frontières (MSF) in Afghanistan, who run the malnutrition ward at Bost Hospital. Rather, poor knowledge about diet and breastfeeding, and misuse of often low-quality antibiotics wear on the immune systems of Helmand’s children, making them more susceptible to diseases that hinder food intake. Worsening violence across the province makes healthcare facilities largely inaccessible, which prevents education about feeding practices and dramatically aggravates diseases among children. The prolonged conflict also uproots families and pushes them into constantly growing communities of internally displaced people, which nationwide now number at least 800,000, and where malnutrition is particularly rife.

“Malnutrition is a very particular disease. It’s one of the most complex diseases to treat,” says Molinie. “It’s a political disease.”

Bost Hospital in Lashkar Gah admits between 200 and 250 acutely malnourished children every month. After stabilizing the children’s condition, they send them back to local communities via Afghan partner organizations. 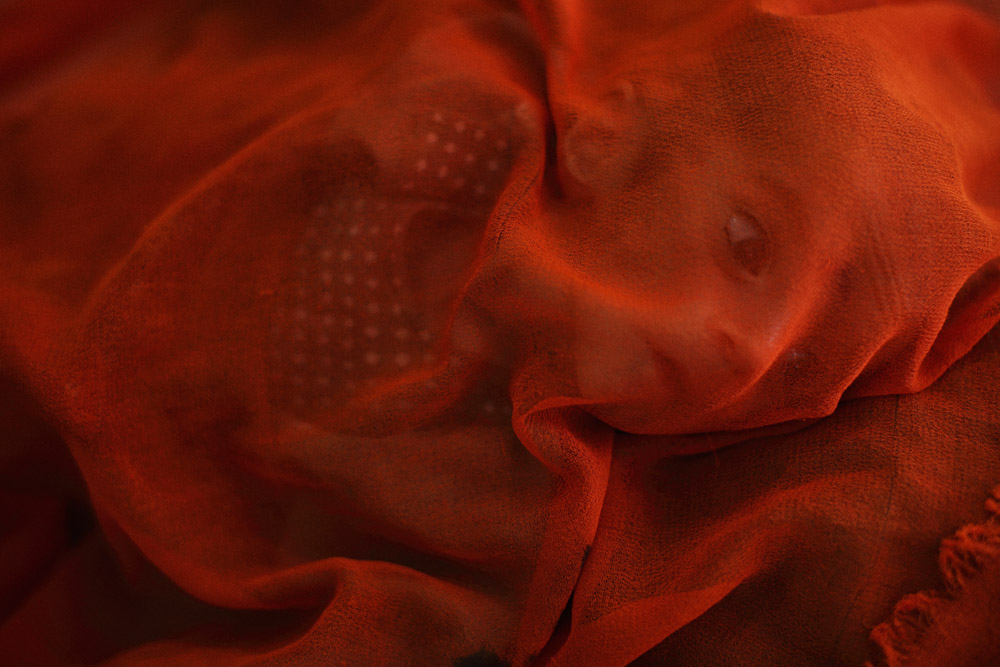 Gul Ahmad is four months old, but his face is wrinkled like an old man’s. The skin on his legs sags, too big for his boney limbs, a symptom of marasmus, a form of severe malnutrition occurring primarily in a child’s first year. Other children display signs of kwashiorkor, a disorder characterized by, among other things, bloated stomachs and triggered by protein-deficiency.

Less noticeable but equally serious is the prevalence of chronic malnutrition, which doesn’t show the same stark symptoms as acute malnourishment, but can stunt the growth of a child’s mind and body in a way that, after age two, is largely irreversible.

“It is maybe not immediately visible, but it affects large, large portions of the population, and particularly the children,” says U.N. World Food Program (WFP) country representative Claude Jibidar.

According to the National Nutrition Survey, up to 40.9 percent of Afghan children under six are stunted. Chronic malnutrition on that scale not only affects individuals, but can hobble the economic development of a country: The World Bank suggests that malnutrition and stunting of children costs Afghanistan 2 to 3 percent of its annual income each year in lost productivity and economic growth.

Many Afghans don’t understand malnutrition as a disease, doctors say, so parents will often take their child to the hospital only when he or she catches a virus or infection, at which point the condition is severe. And when the child is discharged, many mothers will go back to their previous feeding routines.

Any maternity education that does take place in remote areas is often stymied by tradition, which isolates women to the confines of their home. It is also hampered by mothers-in-law who wield huge influence in the house, and who are often reluctant to change child-raising practices that worked for them, such as feeding children glucose and aggressively marketed infant formula at the expense of breastfeeding.

At Bost Hospital’s malnutrition ward, for example, visiting relatives often bring tea, sugar cubes, and biscuits for the child — the very diet that might have brought them here in the first place.

Walking the ward, Amal Ali, a young Canadian nurse, persistently but kindly questions Suleijah, the mother of a scrawny boy of three months who was suffering from abdominal pains and diarrhea, what she feeds him. Suleijah says she doesn’t have any breast milk left. How long did she breastfeed for? Ali asks. Two months, Suleijah says. Did she feed her son glucose? Yes, two or three times a day.

“This is very common story,” Ali says later. Mothers feed glucose to their children because they are told it makes them sleep longer. It also relieves the baby of the feeling of hunger, but provides few vitamins, so a baby fed glucose will breastfeed less but not get the nutrition that he or she needs. Eventually, breastfeeding becomes harder for the mother, who quickly gives up trying and switches, when the child is only a few months old, to milk formula, with the risk of exposing the child to contaminated water, or cow’s milk, which lacks iron and vitamins.

Another mother in the ward says her four-year-old son fell ill when she fed him a piece of kebab from the kitchen table. The emaciated boy has been vomiting, unable to walk, for 10 days now. The mother says she thinks the kebab was undercooked.

Hamza Atim, medical coordinator for MSF, disagrees. “He is severely underweight,” he says. “One kebab would not make him wasted like this.”

As the Afghan conflict rages on, so does the malnutrition epidemic. In Helmand, districts beset by violence are increasingly difficult to reach, isolating malnourished children from proper health care. For instance, hardly any of the malnourished children at Bost Hospital come from the northern districts of Helmand, where the fighting is fiercest.

With a deadlocked, money-strapped government in Kabul incapable of expanding even the most basic of services, health care in the south is largely reliant on foreign donors. But they cannot root out the problem alone.

Jibidar, of WFP, says that while NGOs have done a lot to improve conditions in remote areas of Afghanistan, continued conflict and the fragile state of the government makes it impossible to effectively combat malnutrition.

“As long as the services that those people require cannot be sustained in the long run, the problem will keep growing,” he says.