Women are more than victims, so it is time focus security strategies on them

Clearly extremists are not afraid to fight or to die. They often welcome and embrace the idea of martyrdom. So, what are they afraid of? A common operating procedure among various extremist groups is to control and disempower girls and women.

Clearly extremists are not afraid to fight or to die. They often welcome and embrace the idea of martyrdom. So, what are they afraid of? A common operating procedure among various extremist groups is to control and disempower girls and women. If one of their central operating procedures is any indication, they are afraid of girls. Smart girls. 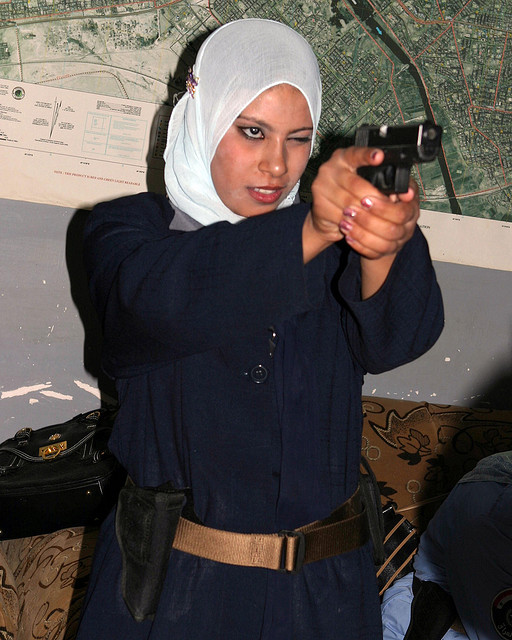 Clearly extremists are not afraid to fight or to die. They often welcome and embrace the idea of martyrdom. So, what are they afraid of? A common operating procedure among various extremist groups is to control and disempower girls and women. If one of their central operating procedures is any indication, they are afraid of girls. Smart girls.

The mechanisms extremists use to control women include rape, acid attacks, slave trading, and stoning. They occur in places like Somalia, Pakistan, Nigeria, Iraq, and Myanmar to ensure that women do not participate in the political process and is a central tenant of extremism wherever it is found. The fact that forced control of women and girls is a priority for extremist groups ought to clue us into a potential weakness that can be exploited.

Women in conflict zones represent an immense untapped resource to create and ensure stability within communities and societies. The segment of the population that is disproportionally targeted for systematic suppression possesses the potential to alter the power structures of the environment. That is why they are targeted.

When we see menacing images of men dressed in black wielding swords we should recognize that educated women might be their un-doing. And they know it. That is why Boko Haram abducted over 200 Nigerian schoolgirls. That is why fourteen-year-old year old Malala Yousafzai was shot in the face on her way to school — not just anywhere but symbolically — on her way to school. That is why acid attacks target girls attending school rather than girls in brothels. It is the potential danger that educated girls represent that scares extremists most.

Educated women and girls have the potential to do what drones, bullets and boots on the ground cannot do; they can counter extremism from the inside. Therefore, the U.S. and its allies should adopt an approach that empowers women on the ground in conflict zones to preempt and counter violent extremism. Instead of viewing women in war zones only as victims, we should view them in an irregular warfare context as potentially powerful allies.

The “human terrain” has traditionally been limited to male terrain. And when women have been engaged, the engagement has been limited to intelligence gathering — a good move but one without strategic foresight. Limiting engagements to a Q&A session (Where are the bad guys?) over-looks valuable social information and potential collaboration opportunities.

While there have been admirable and well intentioned development initiatives to stabilize situations for women in hot spots, many of them, while deserving of support, have not moved beyond a humanitarian framework. The Quadrennial Diplomacy and Development Review recognizes this. It makes the point that empowering women is not just a nice thing to do—it is imperative to the long-term security of the U.S. and counter-terrorism efforts. The concept is based on forming coalitions with women on the ground. But while the report’s vision is compelling its implementation remains somewhat vague.

A women-focused shared security approach delivers an instrument to bridge the gap between theory and application. Aligning U.S. security interests and the security interests of women in conflict zones, establishes a platform to develop strategies and programs to empower women and counter extremism. The initiative is much like the one implemented by a Special Forces in Kandahar, Afghanistan.

In Kandahar, Identity Conflict Theory was applied to a tribal society to determine its primary and secondary identity layers. Understanding identities and basic community needs enabled the construction of small-scale, high-impact development projects that not only addressed community needs but also established positive relationships between Special Forces and the local community. For example, contributing to local agricultural development led not only to a 350 percent increase in yields, but also a 10-fold reduction in roadside bombs in some of the most insecure districts of the Kandahar province. Within eight months of the implementation of this program, one of the most kinetic environments in Afghanistan became relatively benign.

A women focused shared security initiative would directly engage female populations with the understanding that security means different things for women than it does for men. The traditional assumption that women’s security concerns are addressed when men’s security concerns are addressed doesn’t follow. Not only are women’s concerns left largely unaddressed by all-male coalitions, but also over-looked is the tremendous potential for a different kind of civil engagement.

If we set aside both ethical considerations and heroic self-image, and consider the situation strictly from a pragmatic point of view, we will view girls and women in conflict zones as more than deserving recipients of generosity. They are invaluable assets in preventing and addressing extremism in their families and communities. Making coalitions with this over-looked majority of the population is important to our own national security interests. If we include the ethical component and national identity, we have a multi-faceted motivation to secure and ensure women’s participation in the security, policy, and economic infrastructures of their communities.

Women in conflict zones represent an immense untapped resource that has significant influence and the ability to alter power structures within communities and societies. We should harness the power and capitalize on the strategic benefits of forming coalitions with women in areas where we want to have influence. Empowering women and girls is ethically responsible, consistent with U.S. national policy and a strategically prudent security measure.

James Sisco is a former recon Marine and naval intelligence officer and currently the president of ENODO Global, a business intelligence firm that focuses on population-centric analysis to solve complex social problems in dynamic cultural environments. Ajit Maan, Ph.D. is ENODO Global’s vice president for research and analysis and author of Counter-Terrorism: Narrative Strategies and Inter-narrative Identity: Placing the Self. She also edits the Strategic Narrative blog.

Thomas E. Ricks covered the U.S. military from 1991 to 2008 for the Wall Street Journal and then the Washington Post. He can be reached at ricksblogcomment@gmail.com. Twitter: @tomricks1
Tags: Islamic State, Military, Women’s Rights