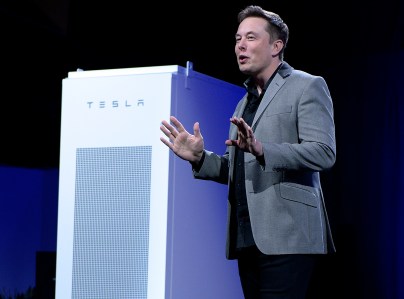 SpaceX started with a plan to send mice to Mars. It got crazier from there.

In late October 2001, Elon Musk went to Moscow to buy an intercontinental ballistic missile. He brought along Jim Cantrell, a kind of international aerospace supplies fixer, and Adeo Ressi, his best friend from Penn. Although Musk had tens of millions in the bank, he was trying to get a rocket on the cheap. They flew coach, and they were planning to buy a refurbished missile, not a new one. Musk figured it would be a good vehicle for sending a plant or some mice to Mars.

Ressi, a gangly eccentric, had been thinking a lot about whether his best friend had started to lose his mind, and he’d been doing his best to discourage the project. He peppered Musk with links to video montages of Russian, European, and American rockets exploding. He staged interventions, bringing Musk’s friends together to talk him out of wasting his money. None of it worked. Musk remained committed to funding a grand, inspirational spectacle in space and would spend all of his fortune to do it. And so Ressi went to Russia to contain Musk as best as he could. “Adeo would call me to the side and say, ‘What Elon is doing is insane. A philanthropic gesture? That’s crazy,’” said Cantrell. “He was seriously worried.” 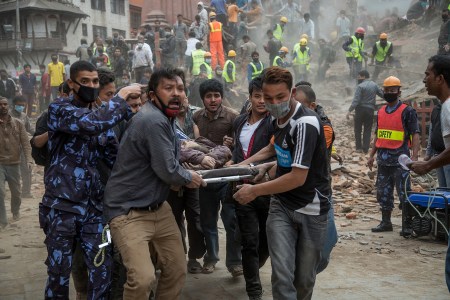 KATHMANDU, NEPAL - APRIL 25: Emergency rescue workers carry a victim on a stretcher after Dharara tower collapsed on April 25, 2015 in Kathmandu, Nepal. More than 100 people have died as tremors hit Nepal after an earthquake measuring 7.9 on the Richter scale caused buildings to collapse and avalanches to be triggered in the Himalayas. Authorities have warned that the death toll is likely to be much higher. (Photo by Omar Havana/Getty Images)

“Nepal Earthquake: Why I Had to Return to a Devastated Country in Crisis” by Carole Cadwalladr, the Guardian.

Last month, days after our reporter left Nepal, where she’d been reporting from Mount Everest, a 7.8 earthquake rocked the country. Now she returns to a land ill-prepared for such a natural disaster — or for the full-blown humanitarian crisis that has followed in its wake.

“The gap between rich developed countries and poor desperate ones is perhaps never as glaringly wide as in a natural disaster. The inequality between the two, always huge, becomes an unbridgeable chasm. The disparity between the value of a poor Nepali’s life, and a rich westerner’s is one that the Everest industry magnified and exposed.

And it seems… not ironic, painful perhaps, inappropriate, that it showed up again in the media coverage of the earthquake. In the U.S., especially, the news focused on what happened at Everest as much as in the rest of Nepal.” 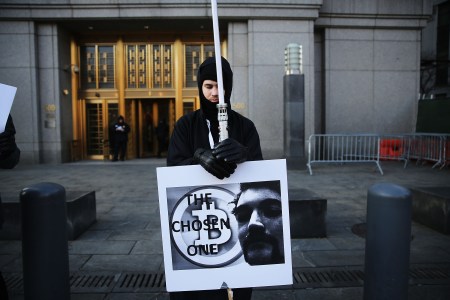 NEW YORK, NY - JANUARY 13: Max Dickstein stands with other upporters of Ross Ulbricht, the alleged creator and operator of the Silk Road underground market, in front of a Manhattan federal court house on the first day of jury selection for his trial on January 13, 2015 in New York City. Ulbricht, who has pleaded not guilty, is accused by the US government of making millions of dollars from the Silk Road website which sold drugs and other illegal commodities anonymously. (Photo by Spencer Platt/Getty Images)

“The Rise and Fall of Silk Road, Part II” by Joshuah Bearman and Tomer Hanuka, Wired.

“When Homeland Security agents showed up at Ross Ulbricht’s front door in San Francisco, his new roommates were surprised. They thought the quiet guy from Texas who’d just rented their extra room for a thousand bucks was named Joshua Terrey. The agents must have found that interesting, since Joshua Terrey wasn’t one of the nine names they’d found in a stash of fake IDs at the Canadian border customs office, all directed to this address and featuring Ross Ulbricht’s picture.” 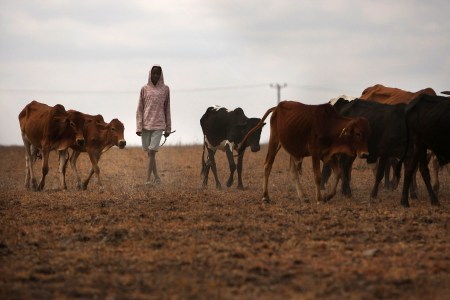 KISAJU, KENYA - AUGUST 16: David Tirati, 13, a member of the Maasai ethnic group, walks with his cattle in search of grassland to graze his herd on August 16, 2009 in Kisaju, Kenya. As Kenya continues to suffer from a devastating drought, some of which is man made, the Maasai people have been afflicted by a lack of traditional grassland and water for their herds. Some Maasai have been forced to travel with their herds as far as Tanzania and to the outskirts of Nairobi in search of elusive grass. Some parts of Kenya have not witnessed any significant rainfall for two years. (Photo by Spencer Platt/Getty Images)

“The Ecotourism Industry Is Saving Tanzania’s Animals and Threatening Its Indigenous People” by Jean Friedman-Rudovsky, Vice.

The ramifications of a U.S. company’s tourism operation on former Maasai land.

“In December, I went to Loliondo to try to understand what exactly had gone wrong. How had the people behind a seemingly well-meaning company found themselves entangled in a conflict that included claims of harassment of indigenous people, shootings, and whispers of government conspiracy and murder? I hoped that the investigation would reveal a broader truth about growing conflicts between indigenous groups and the conservation and experiential-tourism movements worldwide.

Before arriving, I had gotten a lot of warnings—from fellow journalists, from international activists, from researchers, all of whom had gotten kicked out of the area for poking their nose into the land issue. It wasn’t just the Thomson case. OBC, the largest tour operator in the area, had been under fire for years for land grabbing and political corruption. Maasai resistance and foreign attention helped to thwart a bill that would have turned 40,000 square miles of Maasai land into a protected “wildlife migration corridor,” with the company as its new lease holder. But just before my arrival, Tanzania’s parliament was trying to press the legislation again, and the region was heating up. I was told to steer clear of the highest local government authority, the district commissioner, who is said to go to any length to make his area friendly to investors.” 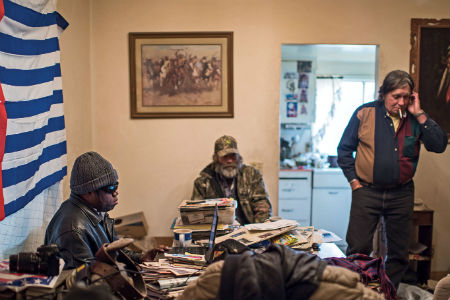 John Anari is a West Papuan independence activist. Tom Bleming is a retired American gunrunner. Together, they want to win the South Pacific’s next great freedom struggle.

“When I visited Wyoming this January, Anari was in the middle of what became a four-month stay. Our first meeting took place around a flaming oil drum on the rolling prairie; every Sunday, on 80 acres that the former gunrunner owns just beyond Lusk’s town limits, Anari and Bleming burned the trash they’d generated the previous week. Wearing his leather jacket, sunglasses, and military beret, Anari, who also carried a compact pistol, evoked a paunchy Black Panther leader circa 1965, mysteriously transported to the emptiest county in America’s emptiest state. Only the shiny emblem on his beret betrayed his even more unlikely origin. It featured the mascot of the West Papuan rebels, the cassowary: a flightless bird that can grow to 6 feet tall and that has been known to fatally attack humans with its knife-like middle claw.”

Why Puerto Rico Is Betting Big on Mushrooms

Fungi could be the secret ingredient to the island’s food sovereignty.