Rare Photographs Document the Rescue of Hundreds of Migrants

Nearly every day, it seems, a new report arrives of hundreds of migrants being pulled out of the sea or drowning in anonymity. Both in the Mediterranean Sea and the waters of South East Asia, desperate migrants are being packed into rickety boats and transported across dangerous waterways toward the hope of a new life, ...

Nearly every day, it seems, a new report arrives of hundreds of migrants being pulled out of the sea or drowning in anonymity. Both in the Mediterranean Sea and the waters of South East Asia, desperate migrants are being packed into rickety boats and transported across dangerous waterways toward the hope of a new life, free of persecution of full of opportunity. It’s often a false promise, but because of political instability, repression, and unemployment, the migrants keep making these journeys.

For the media, it can be a difficult story to cover. Drownings in remote ocean locales are not places that reporters and photographers can reach easily or rapidly. All too often, the boats they seek to find are lost to the depths before anyone can arrive. So the images the world sees of the migrant crisis are usually those of survivors being led ashore from rescue vessels. Rarely do we see the moment rescuers reach migrants in open waters.

That’s what makes these images so remarkable. In the absence of a robust European rescue mission, a group of activists has banded together to launch an effort to prevent mass drownings in the Mediterranean. Known as the Migrant Offshore Aid Station, the group cruises off the Libyan coast in a 40-meter yacht, the Phoenix, equipped with drones and rescue vessels to pick up endangered migrants. On one such recent mission, the group’s photographer documented conditions aboard a vessel carrying mostly Eritreans seeking to make their way north from Libya. These images document the rescue of 561 people packed onto an 18-meter boat. 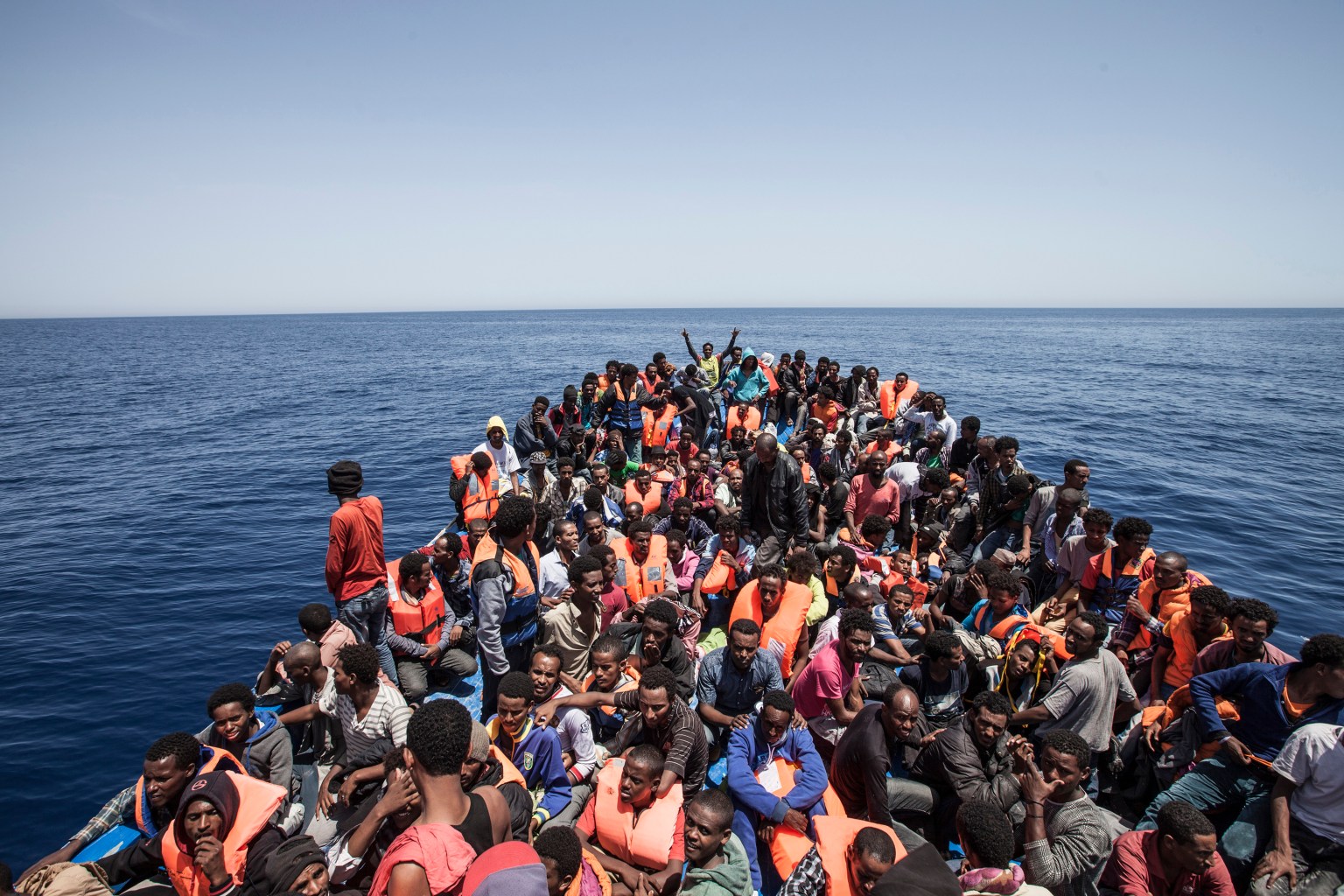 When carrying out rescues, MOAS distributes lifejackets among the migrants and then ferries them to their yacht using a smaller craft. 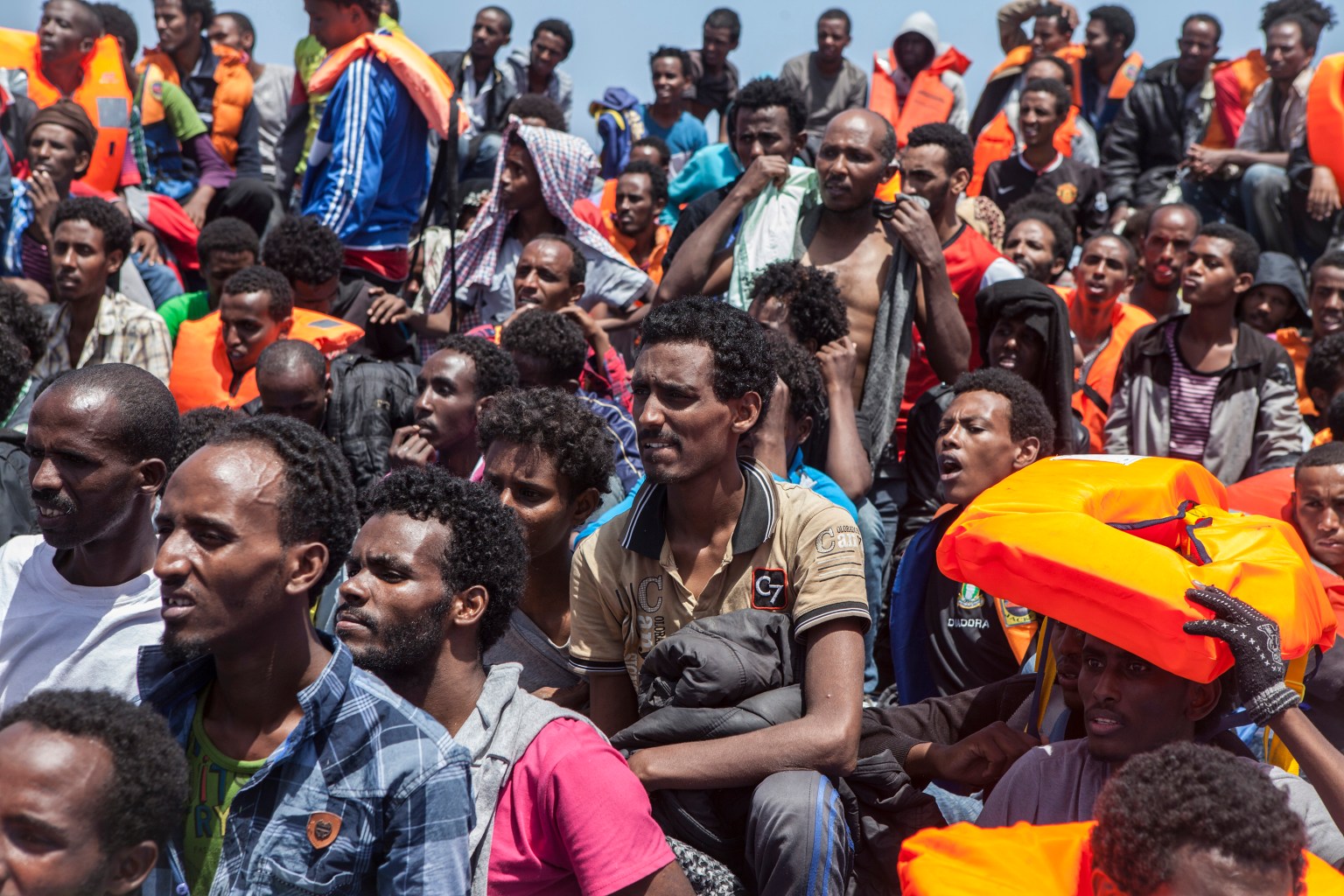 Accounts of migrant crossings on the Mediterranean often include references to the tight conditions aboard the vessels. Just how tightly traffickers pack their charges aboard such crafts, however, is difficult to comprehend without images such as these. 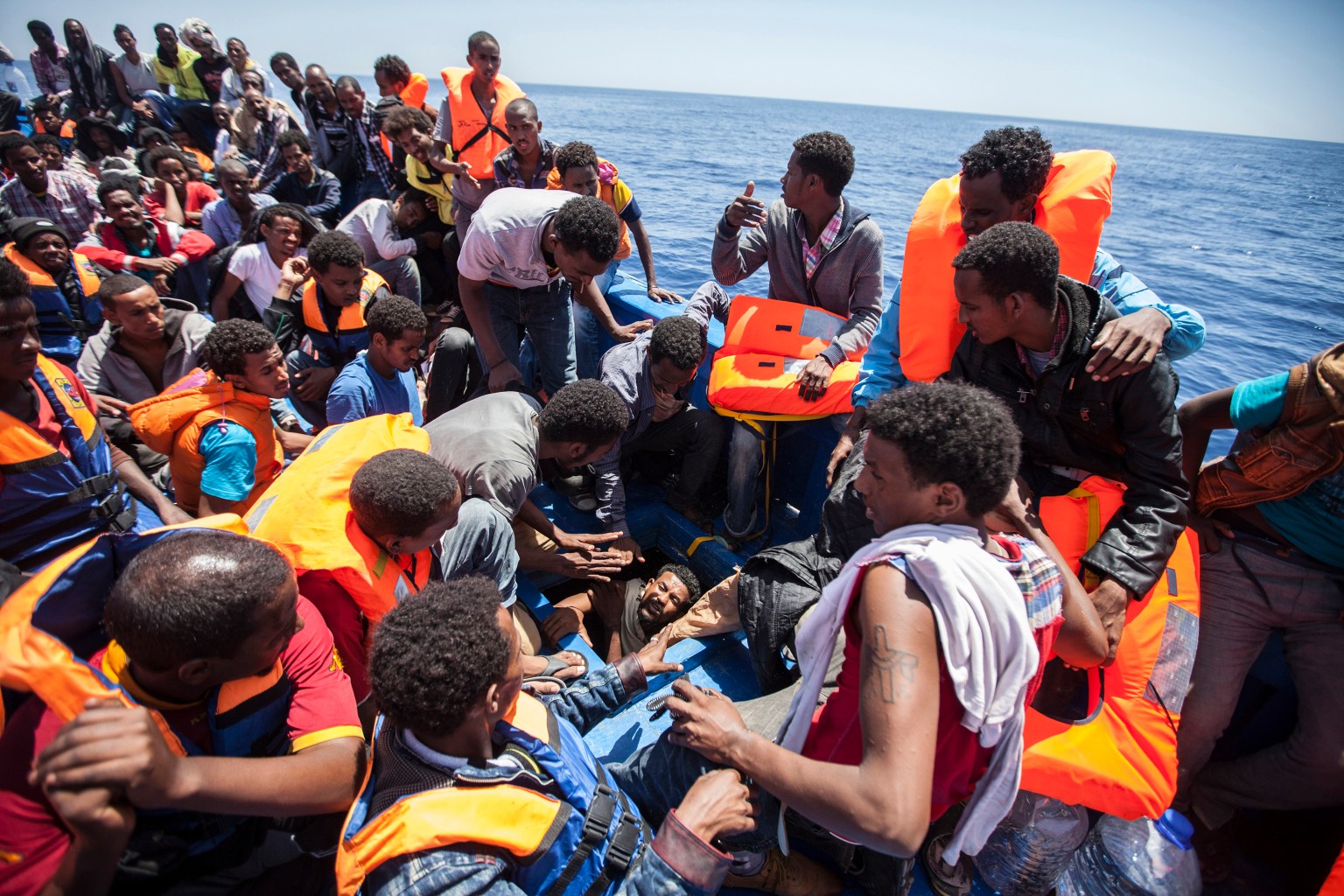 The smugglers operating the boat had modified its hold to expand the number of people it could carry, according to MOAS spokesman Christian Peregin. Packing migrants into such spaces pose extraordinary risks for vessels of this nature. The extra weight can compromise the vessel’s stability, and if the boat capsizes, migrants often have no way of escaping. 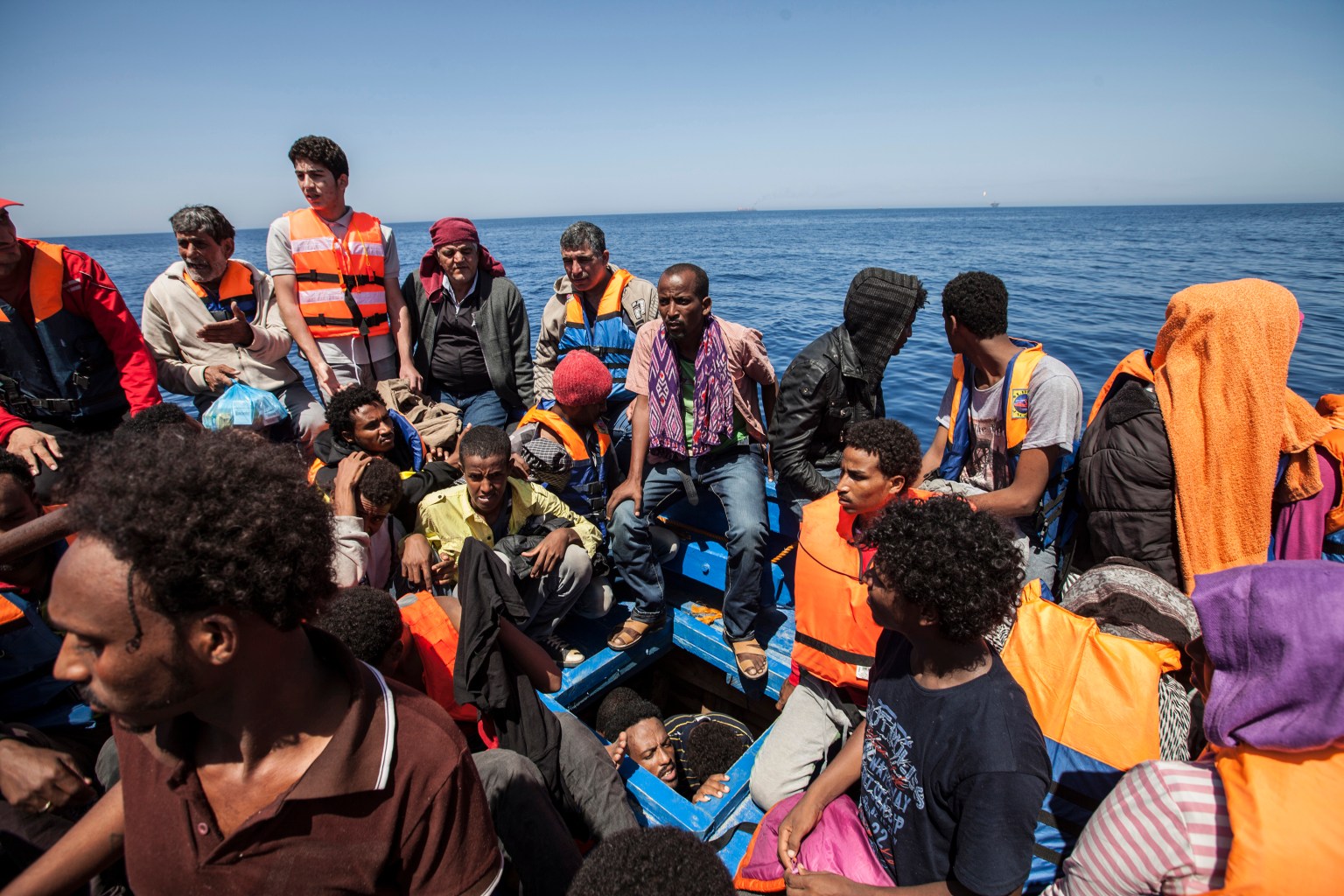 A view into the hold of this migrant vessel reveals the awful conditions migrants are forced to travel in. “On the boat it was very difficult. There is no space and no captain that knows how to drive the boat,” Mohammed, a 23-year-old from Somalia who was traveling on the vessel, told MOAS. “People get really scared, especially when the waves are big. We are not even sure of the direction we need to take. The smugglers point in a direction and tell us to keep going that way.” 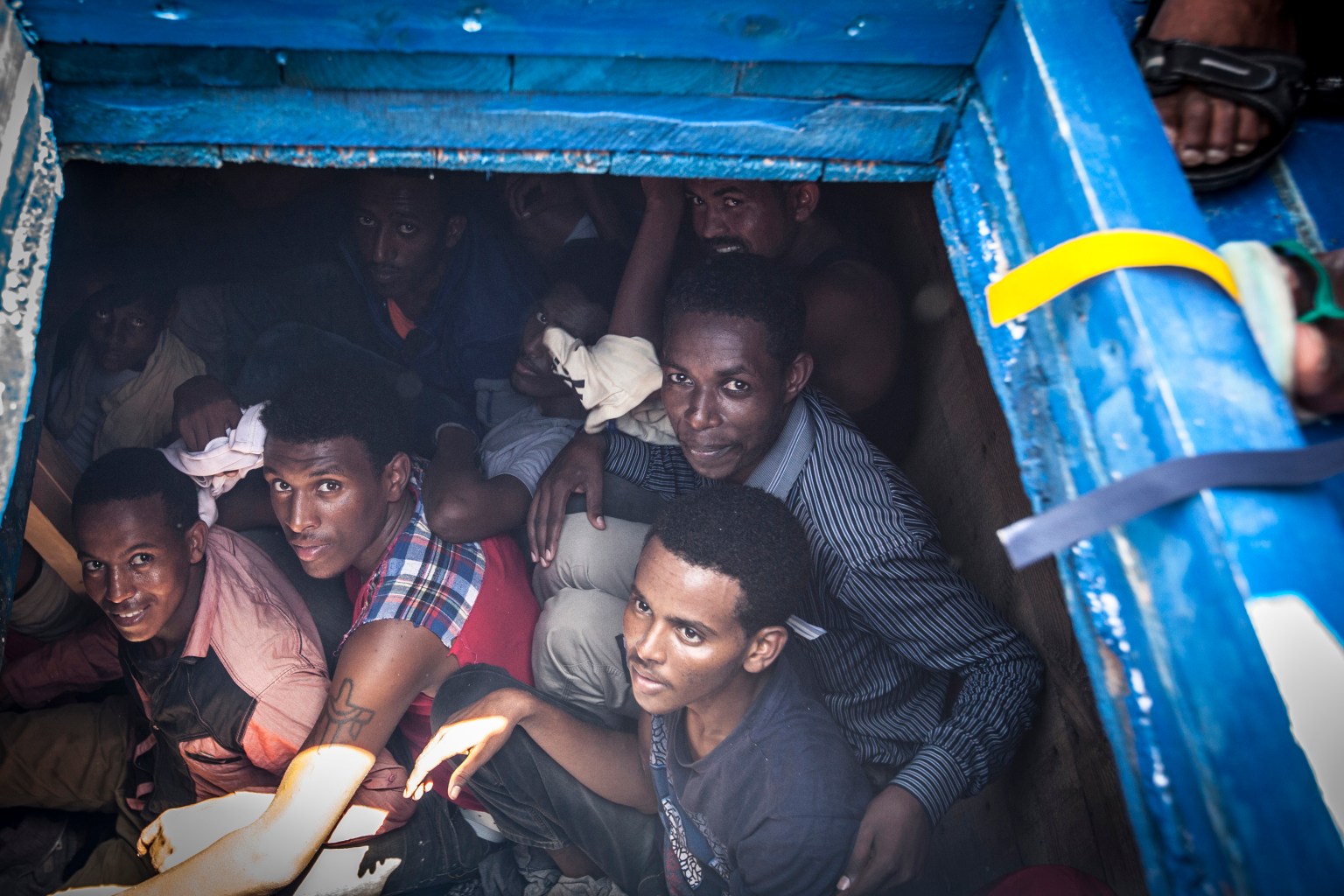 Migrant vessels are often repurposed fishing boats, and their design has little or no consideration for passenger safety. Escaping a hold such as this in the event of an emergency would be a sheer nightmare. 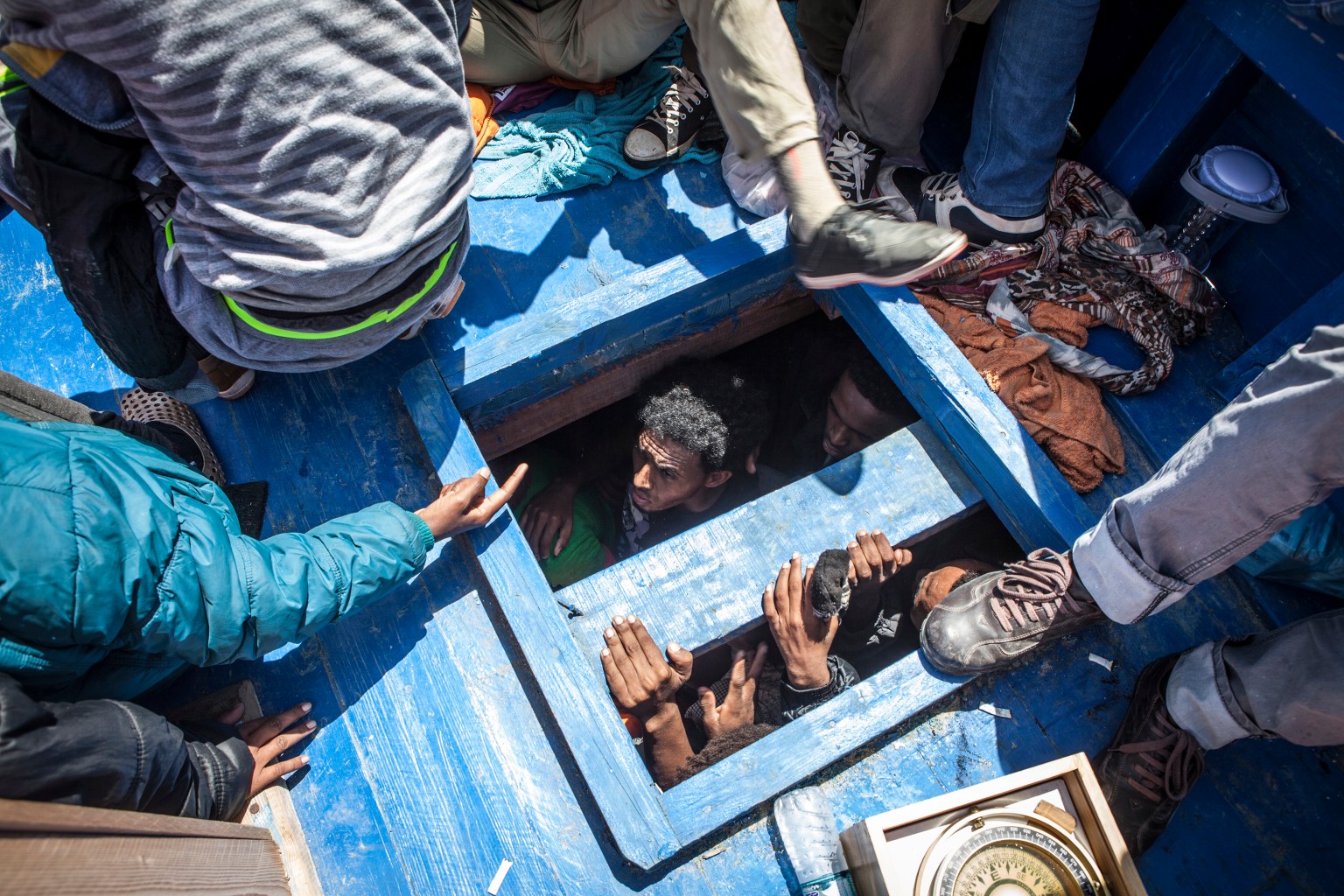 Vessels such as these are used to transfer migrants from their boats to the Phoenix. 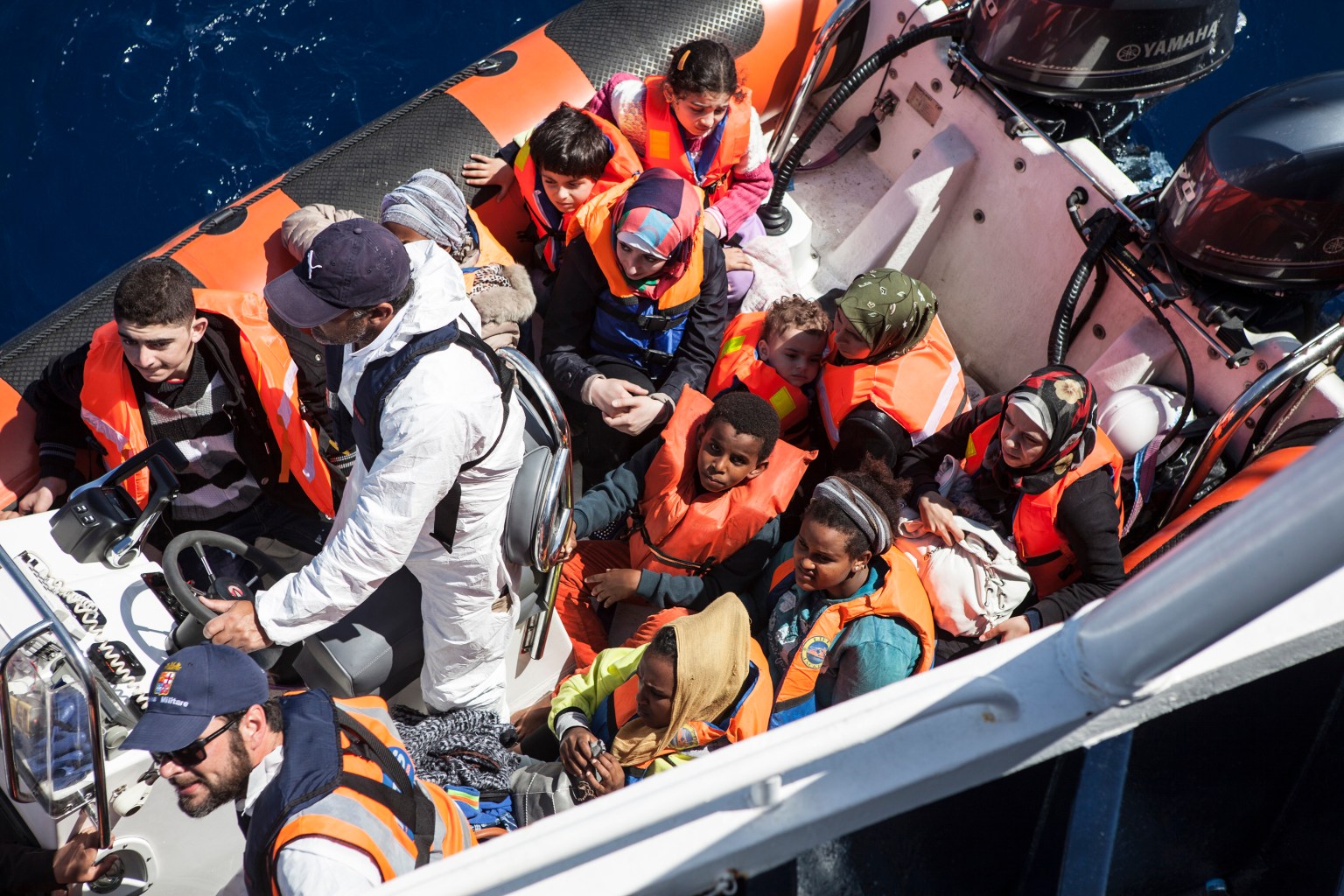 MOAS is patrolling an area that was once covered by the Italian Navy’s rescue effort, Mare Nostrum. But that effort has since been shut down and been replaced by an EU mission that patrols European coastal waters, far from where most migrant sinkings occur. If you wish to support MOAS’s effort, go their website. They accept donations. So far, they have rescued more than 4,500 migrants.

Pacifists Are Vulnerable to Fascism’s Whispers