To destroy ISIS in Iraq, start with the desired end state and work backwards

Gideon Rose’s 2010 book, How Wars End, suggests that when confronting a strategic challenge, it can be helpful to start with the desired political end state and then think backwards to determine the steps needed to get there. 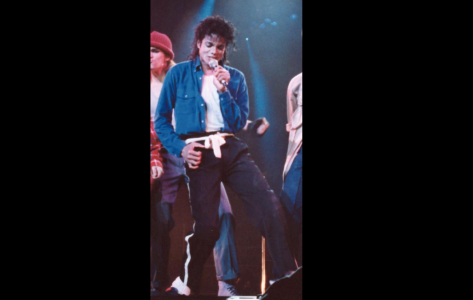 Gideon Rose’s 2010 book, How Wars End, suggests that when confronting a strategic challenge, it can be helpful to start with the desired political end state and then think backwards to determine the steps needed to get there. This desired end state should not be a starry-eyed vision of perfection, but instead should be a pragmatic notion of what is both possible and acceptable. In the case of Iraq, this realistic U.S. end state should focus on stability. It would entail an Iraq which is mostly free from Islamic extremists, is not a puppet of Iran, and is an adequate U.S. partner with some marginally acceptable form of democracy. If these minimal conditions were sustained, the United States should not have to launch new wars in Iraq in the future because this status quo would be acceptable.

It might be tempting to adopt an even rosier end state in which Iraq is entirely free from extremists, a model democracy, an unquestionable U.S. ally, and a stanch bulwark against Iran. However this sets the bar unrealistically high, and would likely require greater resources than the United States is willing to invest.

Given the former (more modest) end state, if one takes a step backwards towards the present, to achieve it might require a multinational military presence. This enduring presence could help lock in this end state through multiple methods. It could deter extremist groups which might seek to destabilize Iraq. It could help Iraqi security forces secure key border crossing points and cities such as Ramadi and Mosul once cleared of Islamic State militants. It could also act an honest broker to facilitate stability among sects and provide leverage to help keep the Baghdad political leadership operating within acceptable parameters.

This diverse multinational force would consist of the U.S., Arab states, and the Western states and allies which previously deployed forces to Iraq (and ideally even those which did not). All of these states share a common interest in Iraq’s stability. The exertion of concerted U.S. diplomatic influence, buttressed by economic incentives, could help persuade them to cooperate on this goal.

The question of whether Iran participates is a particularly thorny issue. It might make sense to exclude Iran for at least two reasons. The first is that doing so might bolster the participation of Arab states. The second is that Shiite forces sponsored by Iran could undermine stability in Iraq, instead of contribute to it.

There are a few potential counterarguments to this approach. First, one could argue that the underlying problem in Iraq is political in nature, not military, and an outside military presence might not fix it. By this logic, the United States previously had forces in Iraq for almost nine years, so why should we expect a different result now?

The core Iraqi problem is indeed a political one. However, sustained outside presence can facilitate political progress. Iraq was probably always going to need a protracted commitment to help maintain stability after most of the fighting was done, similar to enduring post-war U.S. presence in Germany, Japan, Korea, or the Balkans. It is true that military forces cannot directly implement political fixes — for example, a U.S. colonel cannot pass a piece of Iraqi legislation to address Sunni-Shiite grievances. But this ignores the fact that enduring presence can be used as an instrument to facilitate outside influence, pressure, and engagement. This can help set conditions for political progress to take shape over time. South Korea was hardly a healthy democracy in 1953 at the end of the Korean War. However it evolved into one in subsequent decades, in part due to U.S. presence which helped facilitate stability. Iraq has unique challenges distinct from Korea and may never evolve into a vibrant democracy, but it could at least attain sufficient political progress to help it remain stable. That should be the U.S. goal.

Most importantly, the multinational footprint would provide an enduring signal that the outside world will stick with Iraq indefinitely, come what may. This robust long term presence would embody “skin in the game” which transmits a signal of the world’s commitment to Iraq’s stability more strongly than any other means.

A second counterargument would be the idea that Western forces inevitably incite resentment and blowback in the Middle East, so their presence would be counterproductive. This logic is flawed. The stability brought forth when U.S. forces surged into Iraq in 2007 (and later in southern Afghanistan) soundly refutes this notion. What is of central importance is the strength of the overall strategy which governs the use of such forces, and whether there is follow-through.

A third counterargument is the idea that politically the American public would never allow an enduring military commitment. This logic is also dubious. The United States has tens of thousands of service-members stationed around the globe to reassure allies and deter potential aggressors and it does not cause much anxiety across the U.S. public. Many of these forces are in potential (or actual) flashpoints such as in Afghanistan, or in South Korea well within range of devastating North Korean artillery. Over time such presence can become routine and accepted as part of the norm by most Americans, as the subject recedes from the headlines. U.S. leadership could frame an enduring presence in Iraq in a similar way.

Once leaders clarify the overall political end state, one can flesh out ‘from here to there’ — the intermediate steps needed to get to this end state. Such steps would delineate how precisely to re-gain control of places like Mosul and Ramadi. But the most important aspect would not be the precise tactics of each military encounter, nor the number of multinational “boots on the ground”; rather it would relate to the soundness of the political end state and whether each step helps advance towards it.

Admittedly this approach centers upon Iraq and does not address related problems in Syria, Yemen, or Libya. To develop approaches to those situations one might use a similar approach to identify the pragmatic end state first and then plan backwards, ensuring the efforts are mutually reinforcing (or at least not conflicting). That being said, Iraq is a special case. The United States has fought multiple wars in Iraq, lost thousands of U.S. lives, and spent nearly a trillion dollars there. Since the end of the Cold War, every U.S. president has launched military action in Iraq. This suggests that the United States. will probably be unable to sidestep future challenges in Iraq. The current administration has rightly put Iraq first in priority ahead of Syria with regard to confronting the Islamic State.

It is tempting to argue the United States should simply “do more” in Iraq, and while this could prove beneficial, it could also be deeply harmful if focused solely on the short term, or if undertaken in isolation from a broader strategy. It is also important to acknowledge Clausewitz’s warning that no outcome in war is ever truly “final,” and the quest to find a specific moment to definitively put a conflict in the rear-view mirror could be self-defeating.

Beyond Iraq, the best enduring approach toward the Middle East might be sustained forward engagement. Following horrifying ethnic cleansing in the Balkans in the 1990s, the United States maintained long term presence as part of a broad stabilizing force, and despite many challenges it helped foster a reasonably acceptable outcome. The options to embark on a profoundly ill-advised crusade or a substantial pull back represent opposite ends of a spectrum, both of which can contribute to instability in the Middle East. Instead of continued swings of the pendulum, the United States should find a middle ground – reliable, sustainable multinational presence and engagement in areas of particular importance. This would prioritize stability as part of a comprehensive strategy to influence political change over time.

Ultimately, sustained forward engagement may embody the least costly approach for the United States in the region. It might also help break the problematic war/withdraw/war cycle underway in Iraq since 2003.

Brendan Gallagher is a U.S. Army infantry officer and Ph.D. student at Princeton University. He deployed for several tours in Iraq and Afghanistan. His research at Princeton relates to war termination and post-conflict stability. The opinions and assertions contained herein are the personal views of the author and are not to be construed as official or as reflecting the views of the U.S. Army or the Department of Defense.

Thomas E. Ricks covered the U.S. military from 1991 to 2008 for the Wall Street Journal and then the Washington Post. He can be reached at ricksblogcomment@gmail.com. Twitter: @tomricks1
Tags: Iraq, Military