Singer and Cole’s ‘Ghost Fleet’: Every Army officer should read it — and it’s fun

Now is the time to move beyond our own experiences, codify our lessons learned, and start looking towards the future; we need to imagine what war will look like in the future so that we are prepared to win. This is one area where self-study can help shape our imagination and inform our thoughts. 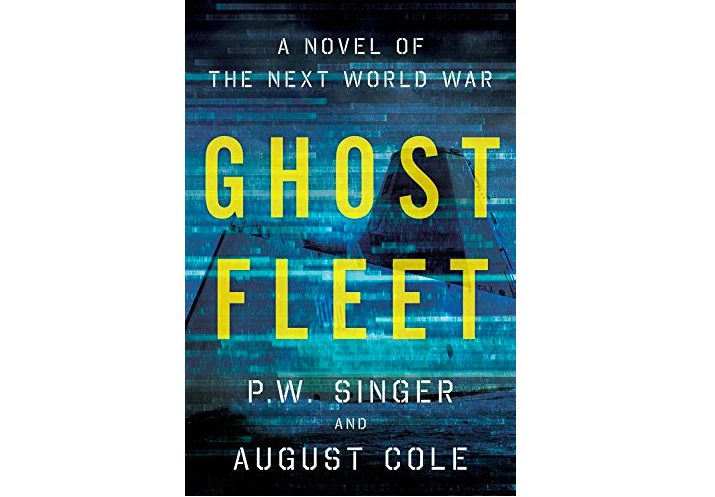 I’ve been in the Army for a little over a decade, and if I’m being honest with myself, my ability to imagine war in the future is somewhat limited. I understand the nuances of war among the people. All I’ve known is fighting an asymmetric opponent. I’ve grown up with mission command, not as an abstract concept, but a battlefield reality. Because of these experiences, I also think land forces are our nation’s most important asset. While this might make me a good Army officer right now at the tactical level, it doesn’t help me prepare to be a future strategic leader. It leaves me with a parochial outlook, instead of a joint one. And I would imagine that many of my peers in the Army are in the same boat. Now is the time to move beyond our own experiences, codify our lessons learned, and start looking towards the future; we need to imagine what war will look like in the future so that we are prepared to win. This is one area where self-study can help shape our imagination and inform our thoughts.

For the last several years, I’ve been a strong advocate of the life-long study of war and leadership for military professionals. I’ve mostly recommended non-fiction, and it wasn’t until recently that I discovered the power of fiction. I’ve come to learn that works of fiction are just as important in shaping our mental models as nonfiction literature. Currently, the majority of published Army reading lists recommend classic works of fiction such as Star Ship Troopers and Once an Eagle. When it comes to thinking about the future of war, I think we need to seriously consider adding one more title these lists: Ghost Fleet.

The novel, by P.W. Singer and August Cole, is an important work of fiction for Army leaders for several reasons. First, it helps us gain an appreciation for the importance of power projection in future wars. Second, we get a glimpse of how nascent technologies might be used to gain dominance on future battlefields. Finally, we see why the study of the Masters of War are still relevant and will be critical to winning tomorrow’s wars.

For over a decade, we have operated in mature theaters, with air superiority and mostly secure lines of communication. As a result, I think we’ve taken our Air Force and Navy brothers and sisters for granted. Most of us have a parochial view of the world and are more than happy to see our sister services’ capabilities sacrificed to ensure the dominance of land power. The main plot line of Ghost Fleet gives us a glimpse at what happens when a peer adversary denies our ability to project power. The authors do a remarkable job showing the effects of an opponent isolating the U.S. both physically and psychologically from the rest of the world. As a combat arms officer, I felt helpless throughout the book because there was nothing I could contribute to the fight until the Navy and Air Force regained their footing. As a result, I walked away with a much greater appreciation for what they bring to the fight, and I think other Army officers will come to the same conclusion once they reach the final pages of the novel.

If there is a nascent technology with the potential to impact the greater society, Singer and Cole figured out a way to work it into their novel. It’s one thing to have an idea of what is currently being developed; it’s an entirely different animal to imagine how these technologies will shape the future of war. I think they did an excellent job of painting a vision of the future for us to digest.   Readers will see how 3D printing might be used to rapidly expand our industrial capacity to supply the war effort. We see how technologies similar to Google Glass might shape how future military personnel process information and interact with each other. We get a glimpse of the destructive power of armed autonomous drones. And one of the scarier aspects of the book is the military’s use of biotechnologies to enhance the effectiveness of humans on the battlefield.

One of the final benefits of reading Ghost Fleet is that it re-emphasizes the importance of the study of the Masters of War (Clausewitz, Sun Tzu, and Mahan) in developing well-rounded strategic thought. Cole and Singer did not create a story line that is based on pure fantasy, or a reinterpretation of past wars, they write one influenced by the works of the great theorists. Each section of Ghost Fleet leads off with quote from Sun Tzu’s Art of War, and throughout book, we see how our adversaries use Master Sun’s teachings to inform their strategic and operational approaches. We see that Mahan’s thoughts from the Influence of Sea Power are still relevant because the geography of world hasn’t changed. Finally, I think this book highlights Clausewitz’s dictum, that the outcomes of wars are uncertain because they are a clash of wills between two thinking opponents.

As you set out on your summer leave and take a break from the day-to-day stresses of military life, I recommend you grab a copy of Ghost Fleet. It’s one of those books that is the perfect companion to a cold beer in a beach chair. It will also help you imagine a future of war that is very different from our experiences in Afghanistan and Iraq.

Joe Byerly is an armor officer in the U.S. Army and Social Media Director for Defense Entrepreneurs Forum. He frequently writes about leadership and leader development on his blog, From the Green Notebook. Follow him on Twitter @JByerly81 . This review represents his own opinions, which are not necessarily those of the Army, the Department of Defense, or the federal government.

Thomas E. Ricks covered the U.S. military from 1991 to 2008 for the Wall Street Journal and then the Washington Post. He can be reached at ricksblogcomment@gmail.com. Twitter: @tomricks1
Tag: War
Latest