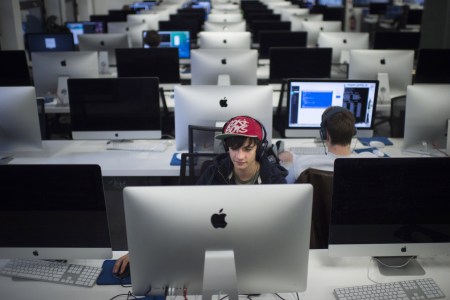 “What is Code” by Paul Ford, Bloomberg Businessweek

Software has been around since the 1940s. Which means that people have been faking their way through meetings about software, and the code that builds it, for generations. Now that software lives in our pockets, runs our cars and homes, and dominates our waking lives, ignorance is no longer acceptable. The world belongs to people who code. Those who don’t understand will be left behind. 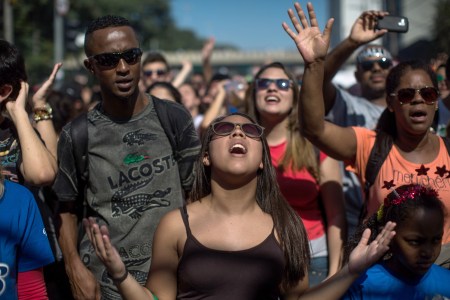 The youngest evangelists in the country’s Pentecostal churches try to balance the demands of their youth with those of their faith.

“It was fall in Brazil, and rain drizzled under a gray moon. The faithful were beginning to arrive at the International Mission of Miracles, a Pentecostal church in the poor and working-class city of São Gonçalo, 10 miles from Rio de Janeiro. In front of the church, which was located between a supermarket and an abandoned lot, a banner staked in the muddy ground advertised a young girl named Alani Santos, whose touch could heal.” 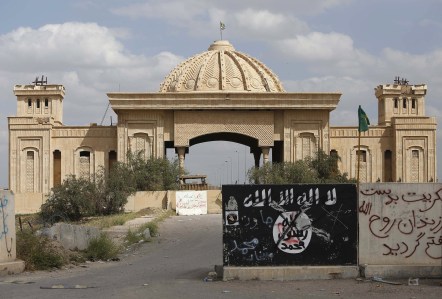 The inside story of the coup that has brought the world’s most feared terrorist network to the brink of collapse.

“On 5 February, Jordanian officials confirmed that the intellectual godfather of al-Qaida, Abu Muhammad al-Maqdisi, had been released from prison. Though he is little known in the west, Maqdisi’s importance in the canon of radical Islamic thought is unrivalled by anyone alive. The 56-year-old Palestinian rose to prominence in the 1980s, when he became the first significant radical Islamic scholar to declare the Saudi royal family were apostates, and therefore legitimate targets of jihad. At the time, Maqdisi’s writings were so radical that even Osama bin Laden thought they were too extreme.” 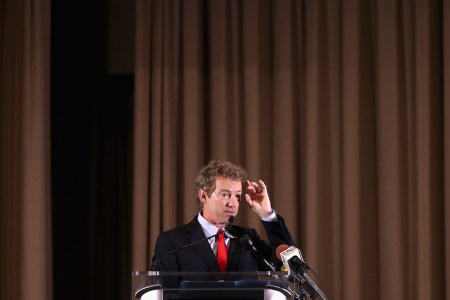 “The Candidates” by Chris Lehmann, London Review of Books

A look at the race for the Republican nomination.

“It is a cliché of American electioneering for candidates to advertise their humble beginnings and unstinting ascent in the face of adversity. Even George W. Bush, with his Andover and Skull-and-Bones East Coast Brahmin pedigree, offered up his own version of the log cabin myth, alluding to his drunken youth and subsequent soul-saving entry into the evangelical fold, and taking self-deprecating potshots at his tricky time as part-owner of the Texas Rangers baseball team. The message was that these episodes were tests of the candidate’s resolve, temporary setbacks in the higher drama of his journey to the Texas governor’s mansion. (It didn’t matter that Bush’s gubernatorial track record was decidedly dismal, since the log cabin myth is about how you attain great office, not what you actually do when you get there.)” 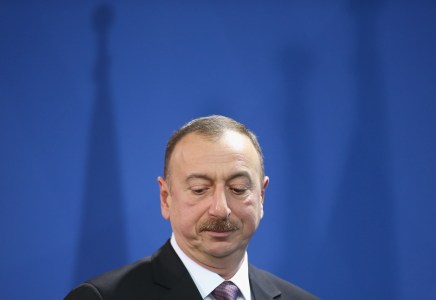 “How Azerbaijan and Its Lobbyists Spin Congress” by Ilya Lozovsky, Foreign Policy

The Aliyev regime is selling itself in Washington as friendly and progressive. Is your Congressman buying it?

“‘However life turns out — the hardest part is I can’t see you. And this is our 37th year together.’ So ends a letter from Azerbaijani political prisoner Leyla Yunus to her husband Arif, also imprisoned by his country’s increasingly thin-skinned authoritarian government. The Yunuses were arrested nearly a year ago and have not been allowed to see each other since. The charges leveled against them — high treason, espionage, fraud — are patently absurd. Leyla Yunus is one of the country’s best-known human rights activists and a relentless critic of Azerbaijani President Ilham Aliyev and his corrupt regime. She is also a tireless advocate for the country’s other political prisoners, who add up to twice as many — according to a detailed open letter signed by a plethora of human rights organizations, academics, and regional experts — as Belarus and Russia combined.”

Stay and Starve, or Leave and Die