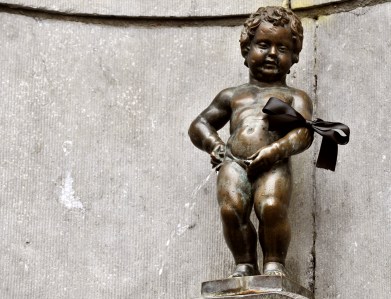 “Can Politico Make Brussels Sexy?” by Gideon Lewis-Kraus, the Guardian

“Can Politico Make Brussels Sexy?” by Gideon Lewis-Kraus, the Guardian

“The 27-year-old New Yorker Tara Palmeri, a former gossip columnist and the incandescent envoy of media’s future to the Brussels of the past, believes it her duty to show up without fail at the European commission’s midday press briefing. The briefing centre is a softly lit ovoid room, upholstered in bridesmaid-dress mauve and framed with slatted blonde wood, as if chosen off-the-rack from the conference-room department at Ikea. A passel of serious international journalists assembles there each noon, under the benign gaze of glass-caged interpreters, to check Twitter. The briefing is a daily exercise in spokespersonal obstructionism, and most of the town’s thousand-odd accredited journalists quickly fall out of the habit of going. Palmeri attends less to cull actual intelligence than to present, to both the commission and the press corps, the spectacle of herself.

Palmeri has only been a reporter in Brussels for six weeks, and she and the city are still in the process of acclimatising to each other. Her last beat, covering City Hall for the New York Post, found her throwing elbows in the scrum of mayor Bill de Blasio’s press conferences. Before that, she had established herself in classic Manhattan-ingénue fashion as a force behind the Murdoch tabloid’s legendary gossip folio, Page Six. For Italian-Polish Catholic-school girls from New Jersey, this trajectory typically ends in media-blog notoriety, not at the fiefdom of Jean-Claude Juncker. But her new employer, Politico Europe, was keen to appoint an impenitent to fire warning shots across the commission’s bow. Palmeri, never one to follow orders to the letter, has taken direct aim. As she put it, after obtaining for me in two minutes the commission press accreditation that can take others weeks: ‘They hired a gutsy girl who worked at Page Six to come through and destroy this town.'” 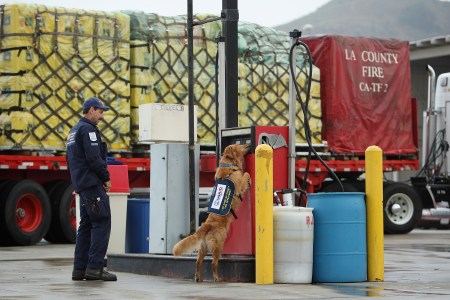 “Gerald Gonzales stared out the helicopter window at the devastation below. He’d been a California firefighter for nearly 25 years, but he’d never seen anything like this. The late-afternoon sun shone out of a cloudless sky, but the air was thick with dust thrown up by the massive landslides that had choked off all the roads leading into the valley beneath him, high in the Himalayas. The villages dotted along the valley had been hit by the earthquake that struck Nepal on April 25 — and now, three weeks later, they had been hammered again, just hours ago, by an aftershock almost as powerful as the first quake. Gonzales could make out hundreds of collapsed buildings, cars crushed by fallen boulders, and knots of people waving frantically at the copter.

Gonzales was one of three Los Angeles County firefighters in the military uh-1y Huey helicopter, along with two Nepali soldiers and a crew of four U.S. Marines. Forty-four years old, a native of Southern California with sleepy brown eyes and thinning black hair under his yellow helmet, Gonzales had responded to everything from multicar freeway pileups to third-alarm fires back home. This is a whole new level, he thought as the copter descended into the valley.” 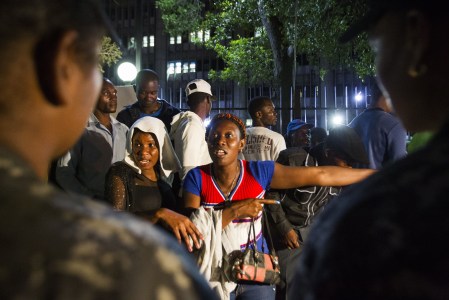 “Displaced in the D.R.” by Rachel Nolan, Harper’s

Until September 2013, Deguis’s life followed a pattern common among children of immigrants. Like Latin Americans in the United States, Haitian immigrants in the D.R. do the menial jobs that most Dominican citizens try to avoid: construction, harvesting fruits and vegetables, cutting sugarcane, cleaning homes, and nannying children. About 7 percent of the people who live in the D.R. are immigrants, roughly the same proportion of first-generation Latin American immigrants living in the United States. Many Haitians crossed the border at the invitation of Dominican businesses or were smuggled in by Dominican traffickers. Deguis’s parents immigrated four decades ago, when a Dominican sugar company contracted them to work as cane cutters. The company never secured them working papers, but when Deguis was born her parents inscribed her in the civil registry and got her a Dominican birth certificate. They raised her in a company town called Los Jovillos, where she still lives today. Deguis has held several jobs, most recently caring for children and working as a maid in Santo Domingo, the capital, which lies two hours south of Los Jovillos, for 1,500 pesos (about $35) per week. In 2008, the family that employed her suggested that she register for the cédula, or I.D. card, that is necessary to work legally in the Dominican Republic. Deguis was twenty-four years old and pregnant with a son, and she would need the I.D. card to get him a birth certificate.” 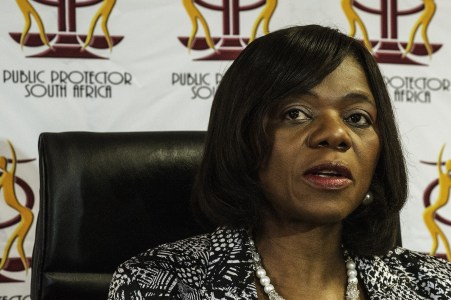 “Can Thulisile Madonsela Save South Africa From Itself?” by Alexis Okeowo, New York Times Magazine

Two decades after the fall of apartheid, the nation’s first female public protector tries to beat back corruption at the highest levels of government.

“On a cloudy morning in March last year, dozens of reporters, photographers and camera crews gathered in the vast building that houses the offices of Thulisile Madonsela, South Africa’s public protector. The journalists assembled that day were searched by security, stripped of their phones, pens, notebooks and recording equipment and told to take a seat in a conference room. Madonsela’s staff gave each of them a thick document numbering almost 450 pages. Her assistants were posted by the windows, making sure no one was secretly leaking information. Outside, riot officers in armored vehicles stood watch. ‘There’s about 100 people in the room,’ recalled Ranjeni Munusamy, a well-known editor at the Daily Maverick, a South African newspaper. ‘Everyone’s quiet and flipping through pages, and now and then you look up to see who is on what page. I went right to the end to look at the findings. When I saw them, I wanted to scream.’

Madonsela’s office falls somewhere between a government watchdog and a public prosecutor. It is one of the so-­called Chapter Nine institutions that were established in the post-­apartheid 1996 Constitution to help safeguard South Africa’s fledgling democracy. Most of the reports the office releases concern low-­level government corruption; this one contained the results of Madonsela’s 18-month investigation into President Jacob Zuma.” 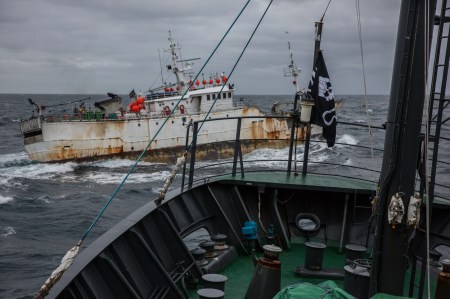 They were the few ships left of what was once one of the most lucrative illegal fishing operations in history. An inside look at the high seas chases that may have brought them down for good.

“It was Feb. 2, on a freezing sea 80 miles from the Antarctic coast. The wind was blowing at a blustery 20 knots, the sky was dark gray, and the sea was full of ice. ‘It was one of those murky days that don’t make you very happy you’re in Antarctica,’ recalled Siddharth Chakravarty, the 32-year-old captain of the Sam Simon. Chakravarty and his crew were hunting for six pirate ships known to be illegally fishing one of the world’s most expensive fish, known as the Chilean sea bass.

Light had broken at 6 a.m. and the Sam Simon had spent the morning cautiously threading its way around the icebergs, with multiple lookouts scanning the moving scenery. At 8:30 a.m., Chakravarty’s mood brightened: His first mate announced she had spotted trails on the ship’s radar that were moving in the opposite direction from the drifting icebergs. Soon, two white, rust-streaked fishing vessels slightly smaller than the Sam Simon came into view. ‘The moment they saw us, they turned to the north,’ he said. The chase was on.”

The Taliban Are Winning the War of Words in Afghanistan

The Taliban Are Winning the War of Words in Afghanistan