It’s hard being a photographer assigned to document the mess that is the eurozone! The various crises that have struck the monetary union since the 2008 financial crisis — and which have culminated in the current agonizing over Greece’s possible default and eurozone exit — are tricky to illustrate. They involve abstract concepts such as ...

It’s hard being a photographer assigned to document the mess that is the eurozone!

The various crises that have struck the monetary union since the 2008 financial crisis — and which have culminated in the current agonizing over Greece’s possible default and eurozone exit — are tricky to illustrate. They involve abstract concepts such as “national sovereignty” and “European unity.” There are only so many shots out there of sad European flags and steely-eyed Angela Merkels.

And so, photographers have had to get creative.

If there’s a bright side to the man-made catastrophe currently unfolding, it is the inspiration that it has provided to photographers, who, faced with illustrating the abstruse, the esoteric, and the conceptual, have turned to tiny plastic figurines — from Lego to Playmobil — for help. With this weekend’s Greek crisis, these valiant men and women were back on the job. And we’ve gathered the best of their work from over the years in one place. Enjoy. 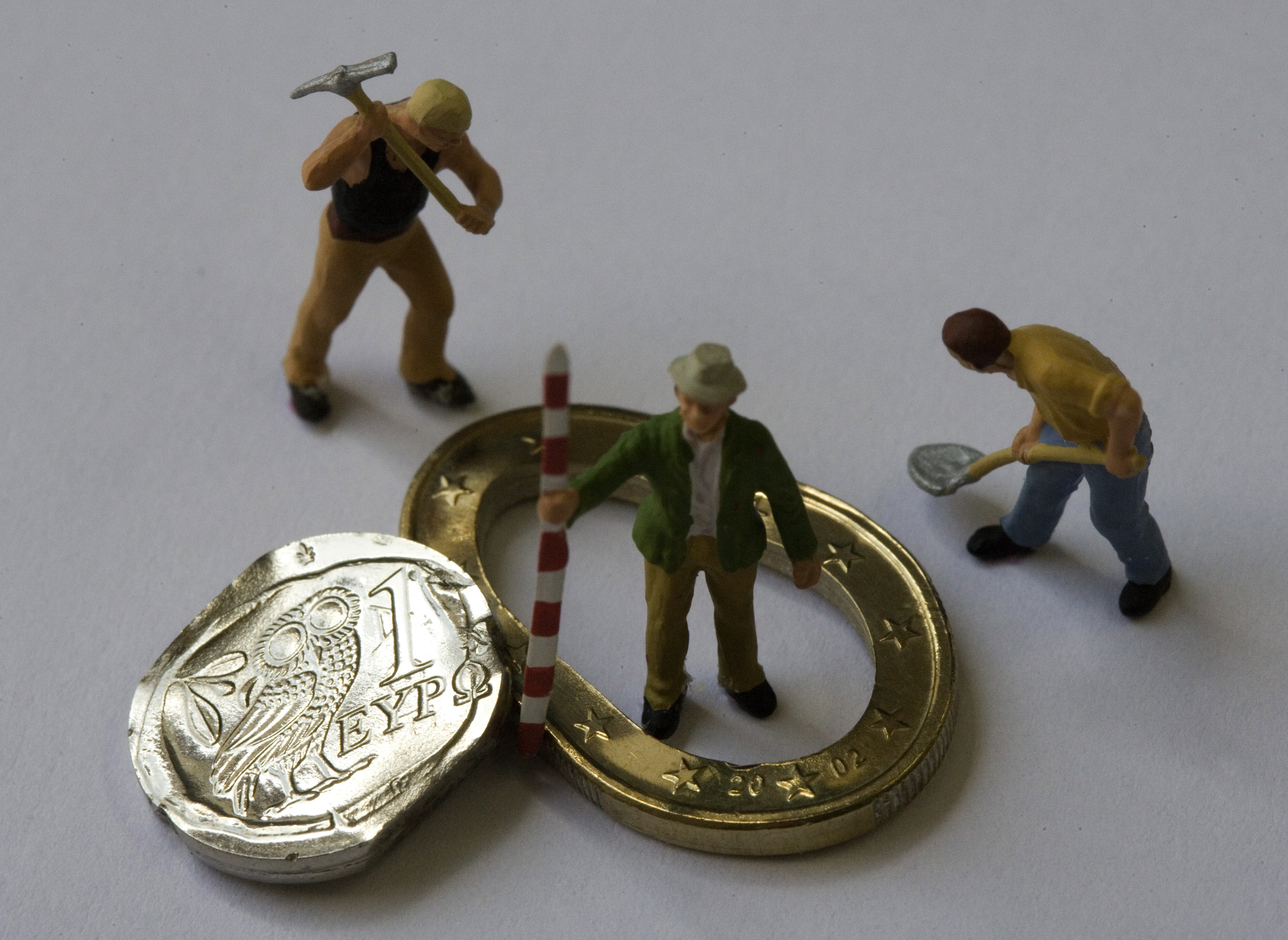 With Greeks tasked with making a choice between accepting creditors’ plans — that is, a future of more austerity — or rejecting them, and almost certainly exiting the eurozone, photographer Ulrich Baumgarten opts for the above.

Here’s his caption, which has been lightly edited for length and clarity (as have the other captions in this article): 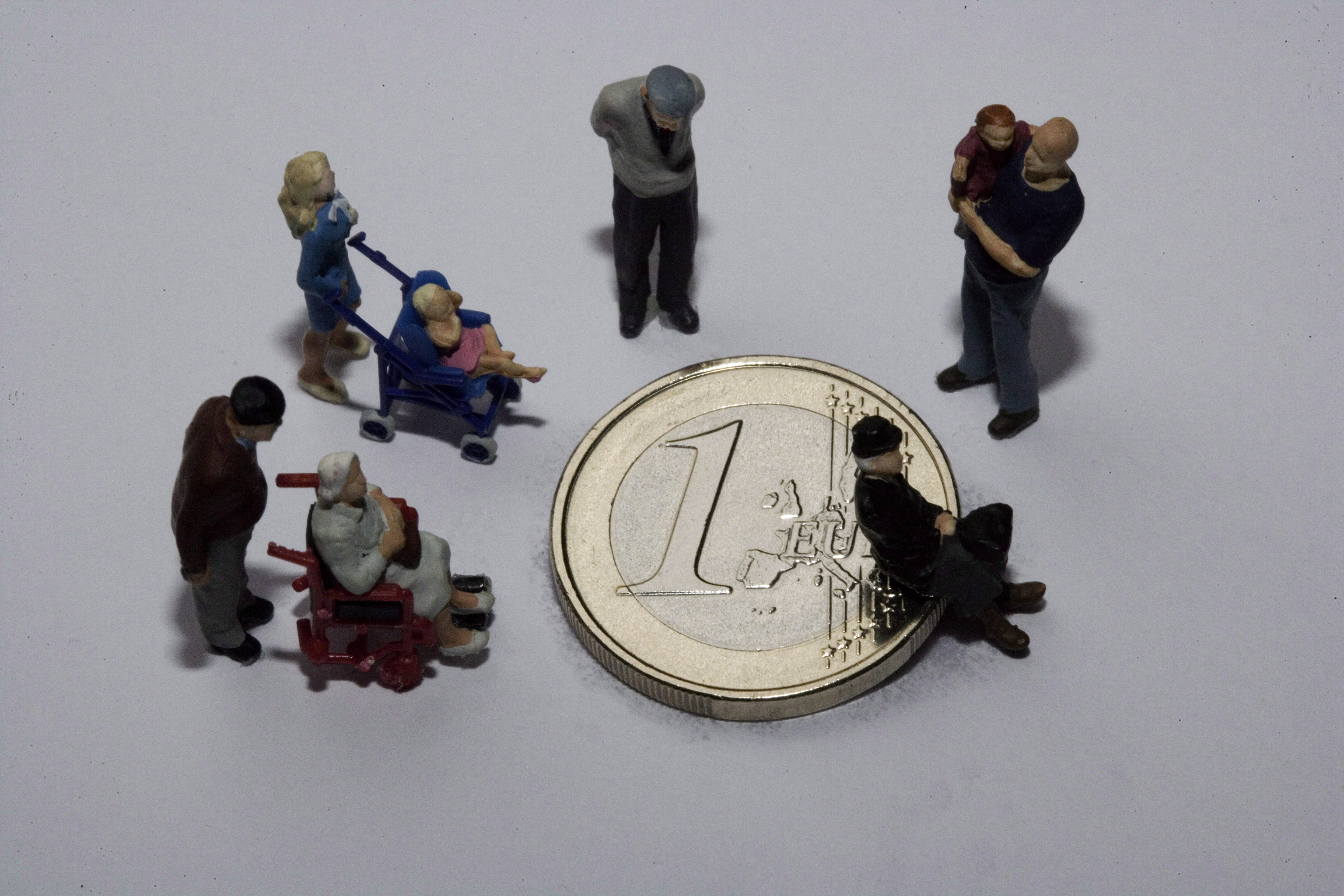 In the spring of 2014, austerity is in full effect. Unemployment rates in Southern European countries from Greece to Italy to Spain are staggering. Pensioners, in particular, are vulnerable to future government spending cuts.

Baumgarten, again, this time with a very sad caption: 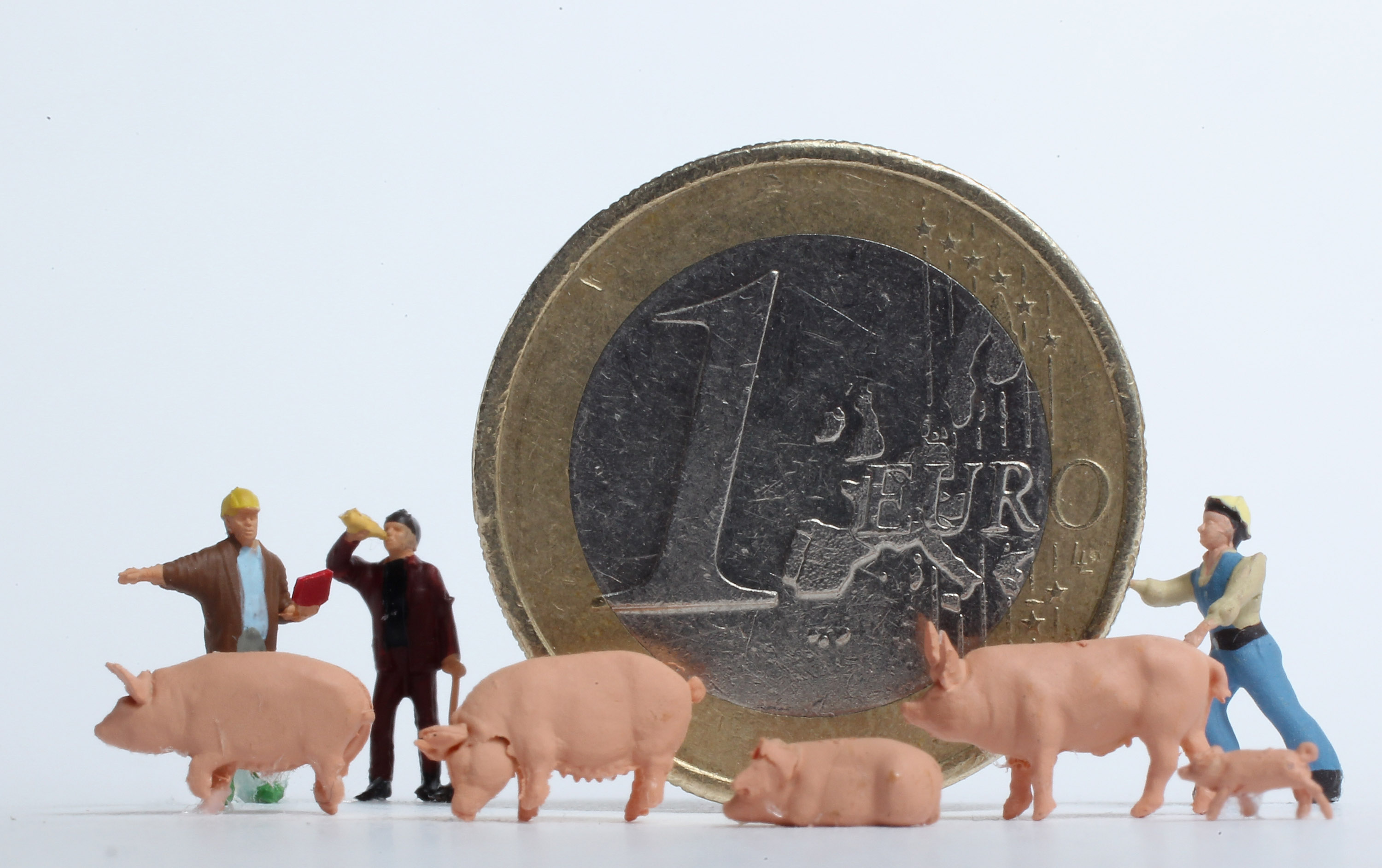 Today, the eurozone crisis is (fingers crossed!) mostly contained to one country: Greece. But at its peak, there were a handful of countries that looked like they could go the Grexit route. The so-called “PIIGS” — Portugal, Ireland, Italy, Greece, and Spain — all looked vulnerable.

Above is photographer Sean Gallup’s attempt to illustrate the situation:

“In this photo illustration, plastic toy construction workers and pigs stand around a 1-euro coin on Dec. 15, 2010.” 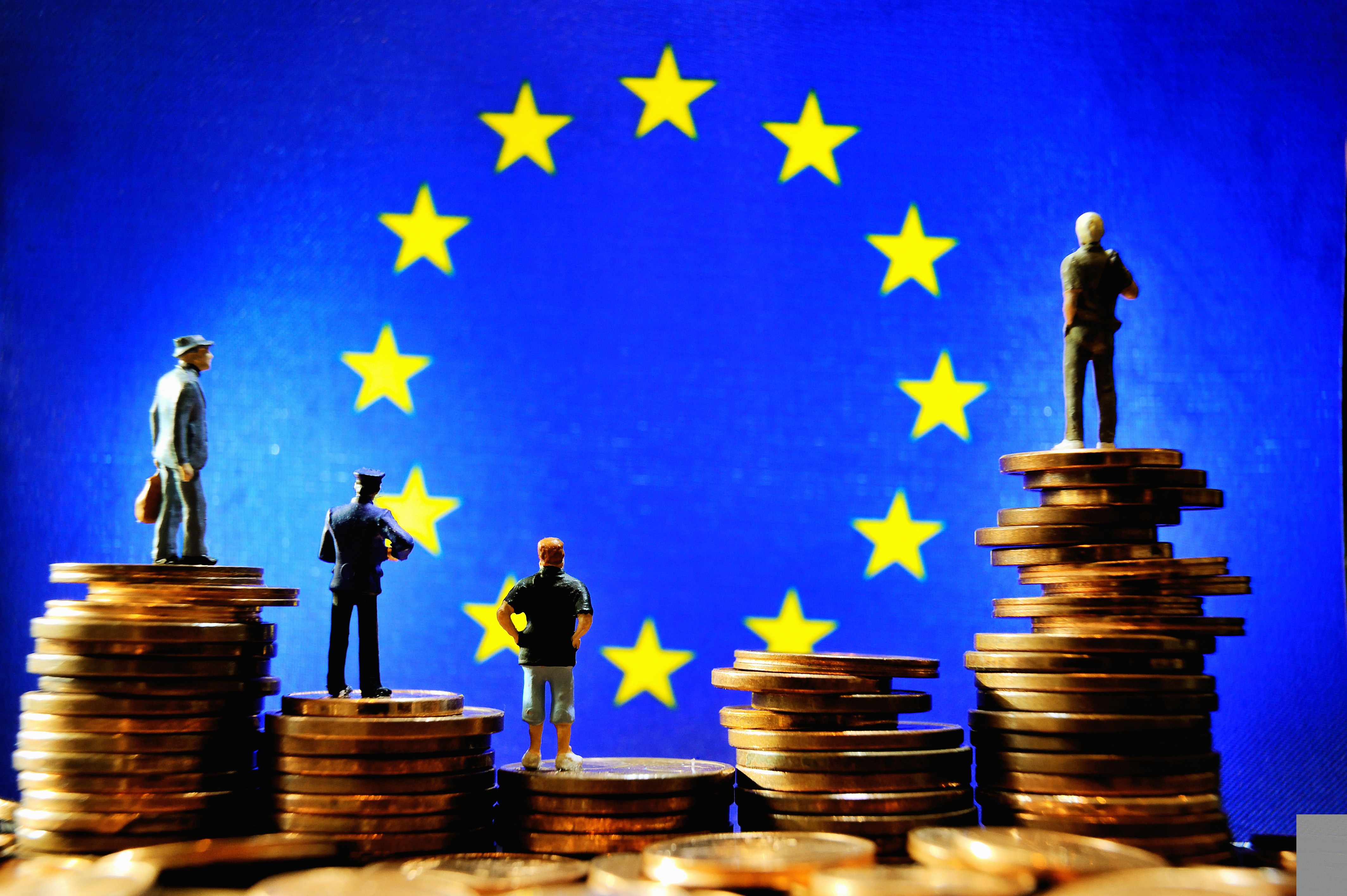 Late 2012 was not a good time for the eurozone. While the countries that had been on the brink of exiting the union appeared to be back in the fold, the whole region was experiencing recession. The last three months of the year saw the sharpest contraction since the beginning of 2009. What was photographer Philippe Huguen going for, with his figures standing on top of piles of euros, contemplating an EU flag? Were they pondering what it meant to be European? To be part of this union? His bare-bones caption provides little guidance:

“An illustration made with figurines set up on euro coins in front of the European Union flag.” 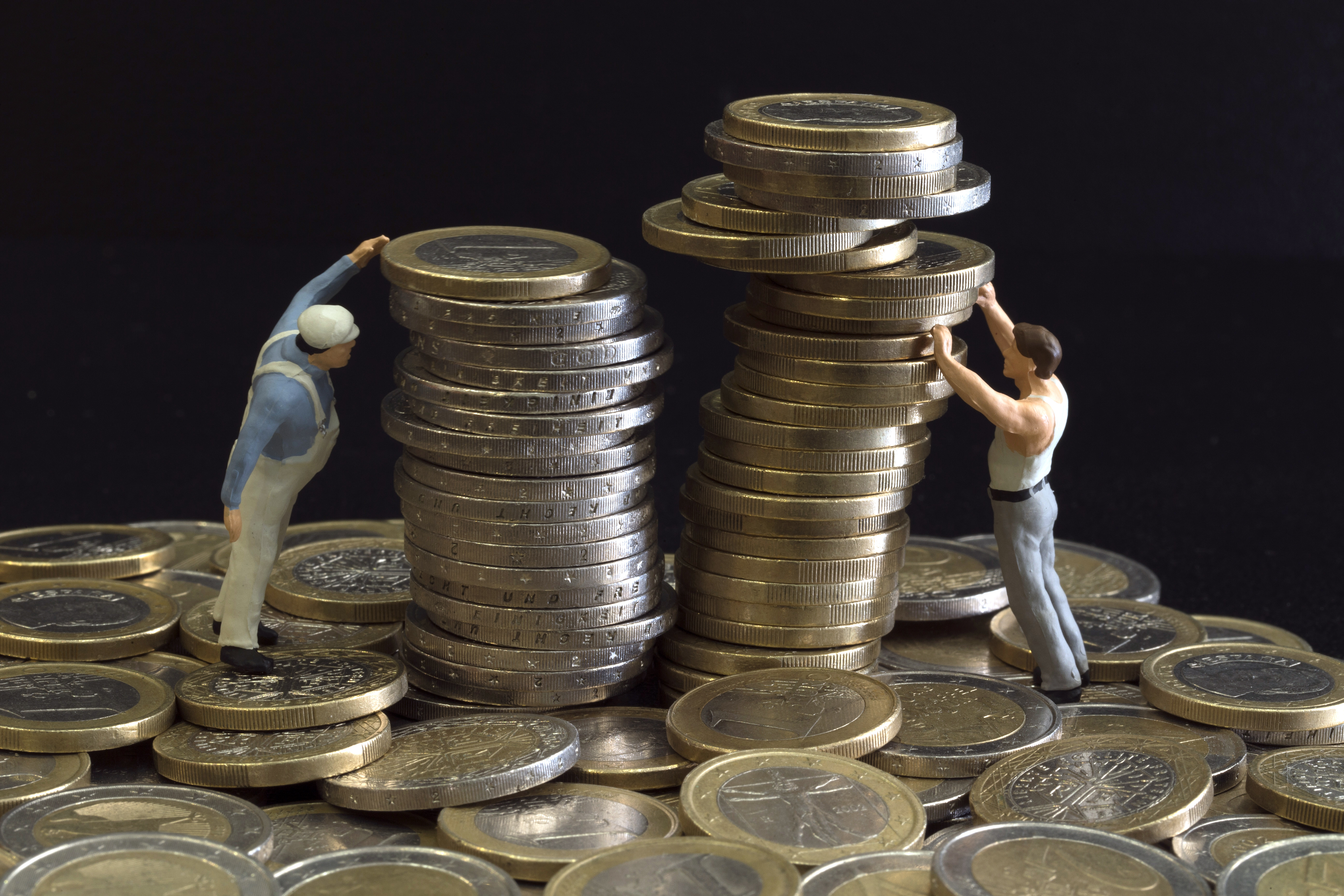 Photographer Joel Saget attempts to depict a Europe experiencing “a slump in German confidence, worsening British recession [Britain, of course, remains on the pound], and a debt-racked Spain seeking French support in the face of soaring borrowing costs.” Will they be able to hold it up? Or will it all come tumbling onto these two construction-worker types? 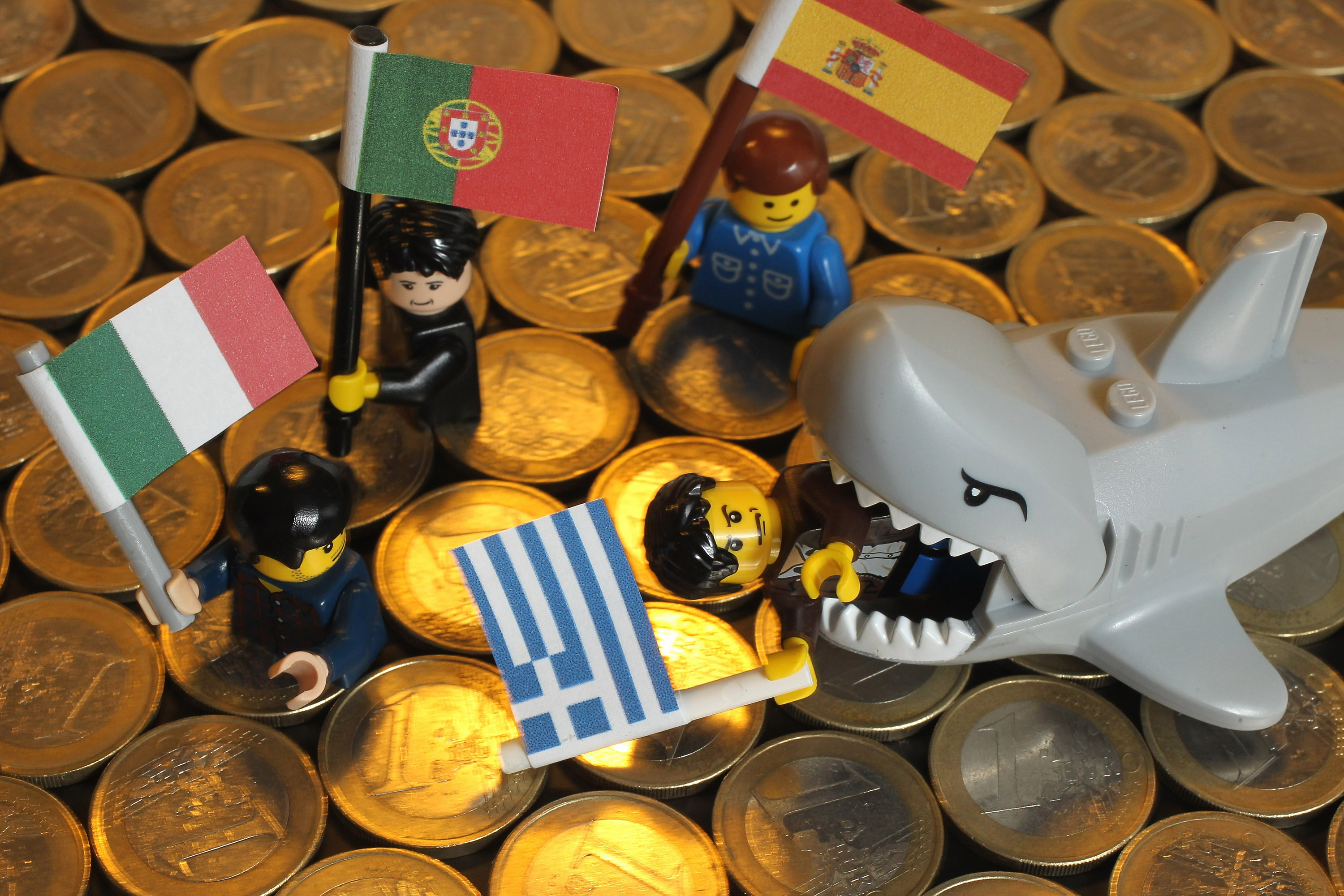 A classic of the genre — perhaps the best it has to offer. Gallup’s caption speaks for itself:

“In this photo illustration, a Lego shark chomps down on a Lego figure holding a Greek flag as other figures holding an Italian (left), Portuguese (center), and Spanish flag look on over a sea of euro coins on Sept. 27, 2011, in Berlin, Germany.” 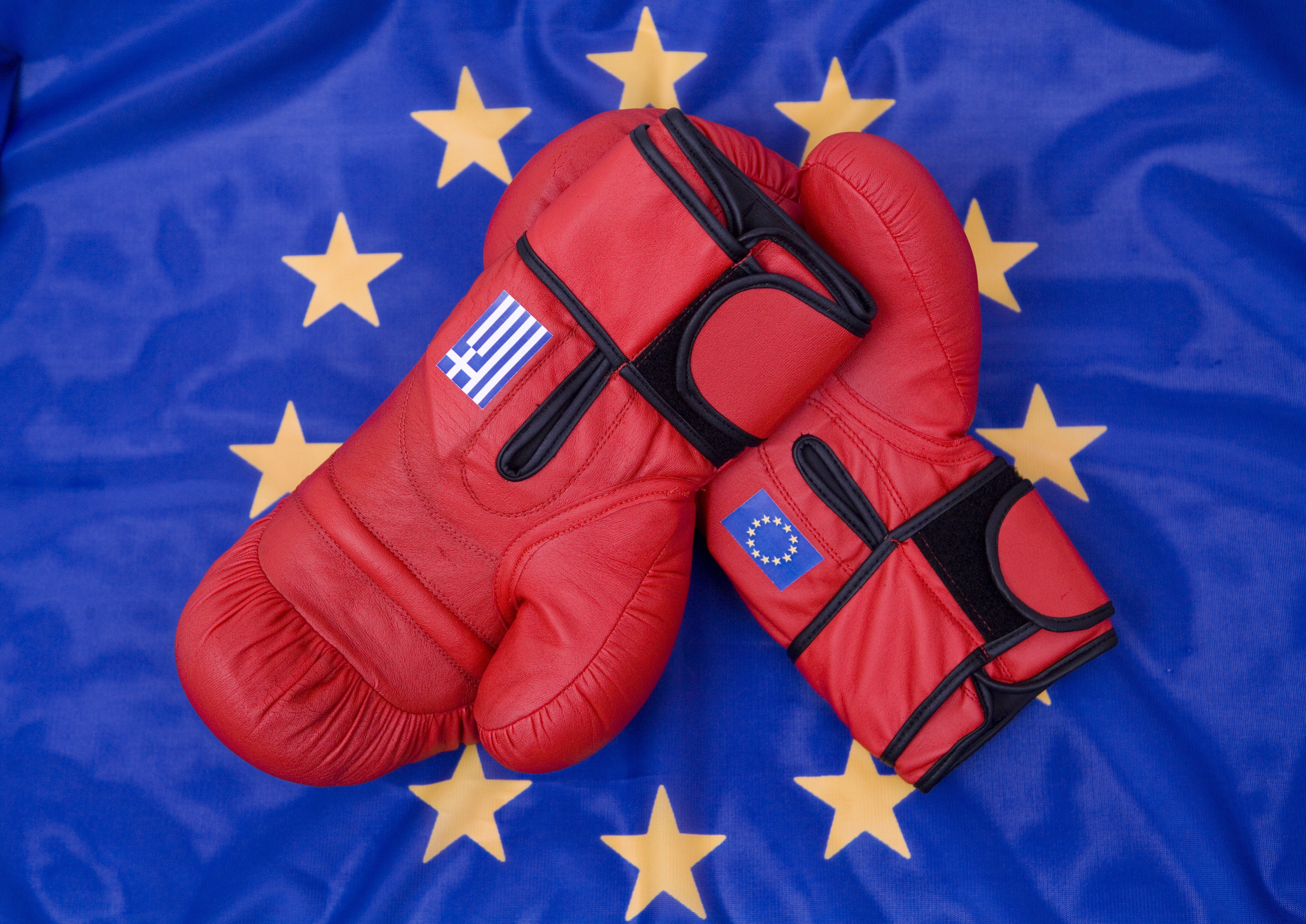 “Settled dispute? Boxing gloves with the flags of Greece and the EU on a European Union flag, on Feb. 21, 2015, in Bonn, Germany.” 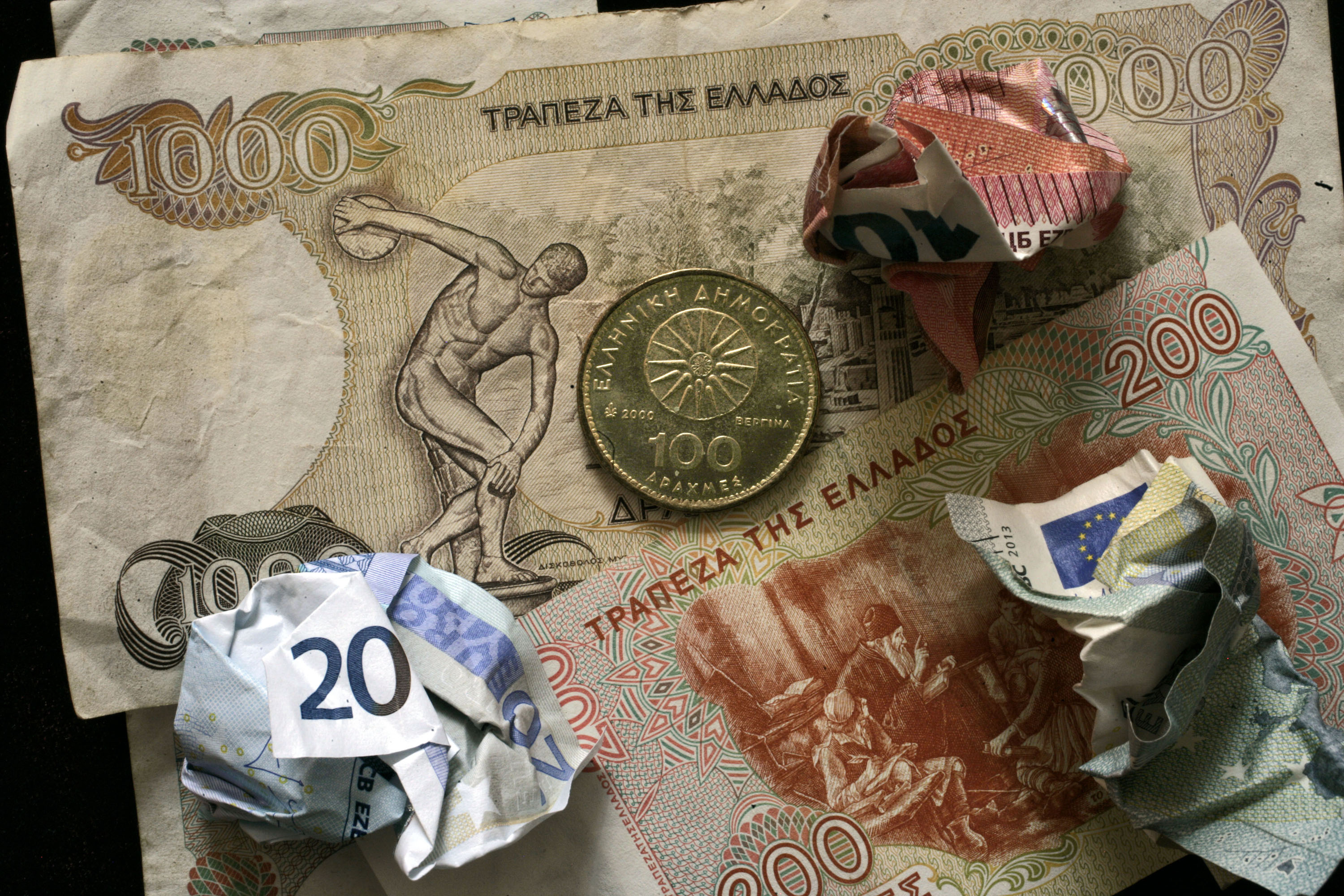 “In this photo illustration, paper money of old Greek drachmas and euros are crunched up as they are displayed on Jan. 12, 2015, in Athens, Greece. Global markets have been shaken by fears that Greece could abandon the euro if the radical left-wing Syriza party wins the election.” 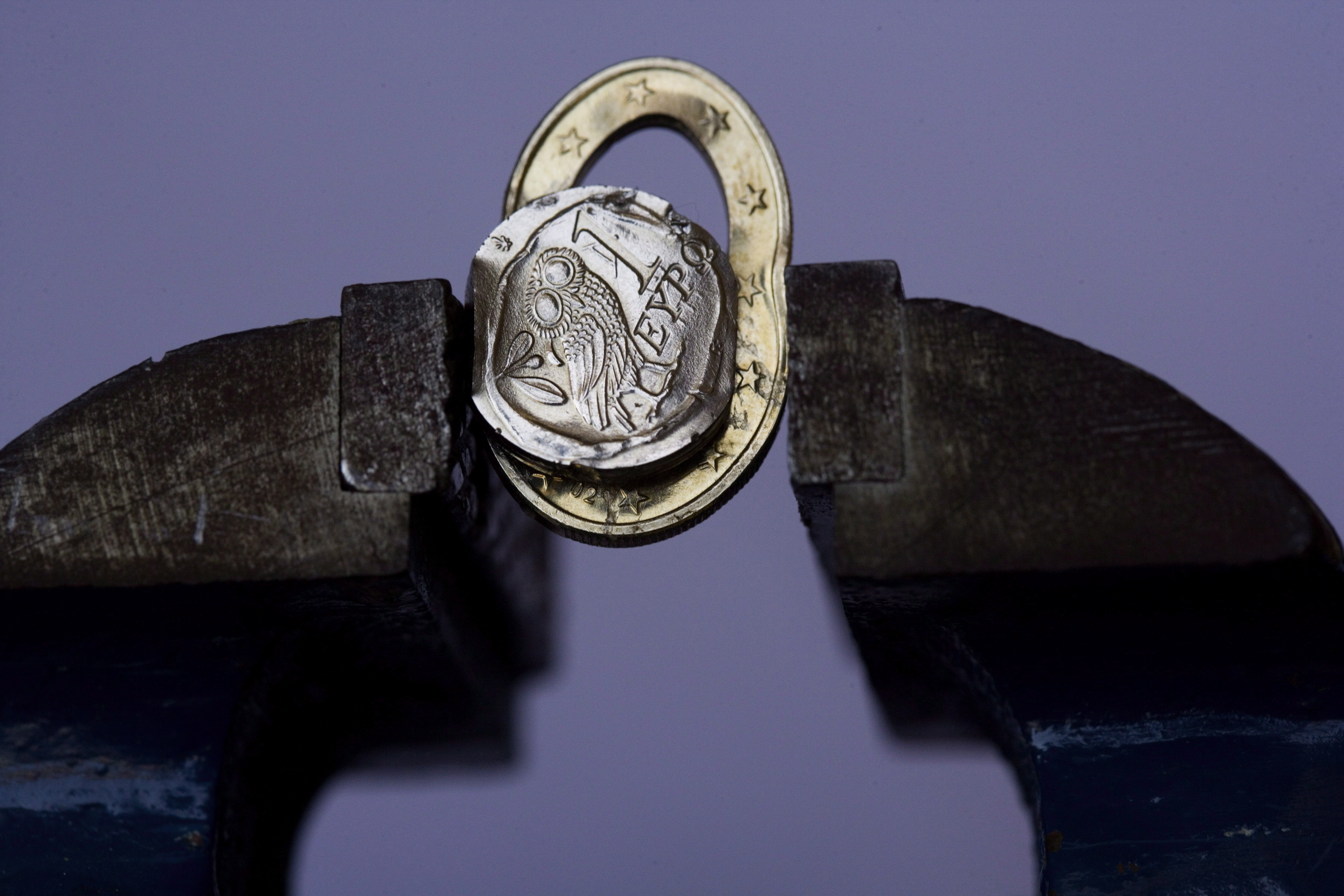