One Year of the Islamic State Caliphate, Mapped

One year after establishing a caliphate, the terrorist group has carried out more than 3,000 attacks.

A year ago, the Islamic State militant group declared a caliphate spreading from Iraq and Syria. Since then, the group has consolidated control over its territory in Iraq and Syria while also establishing itself as the world’s premier Islamist terrorist group. It has won the allegiance of jihadi fighters around the world and led to the establishment of Islamic State affiliates in several countries across the Middle East and North Africa. 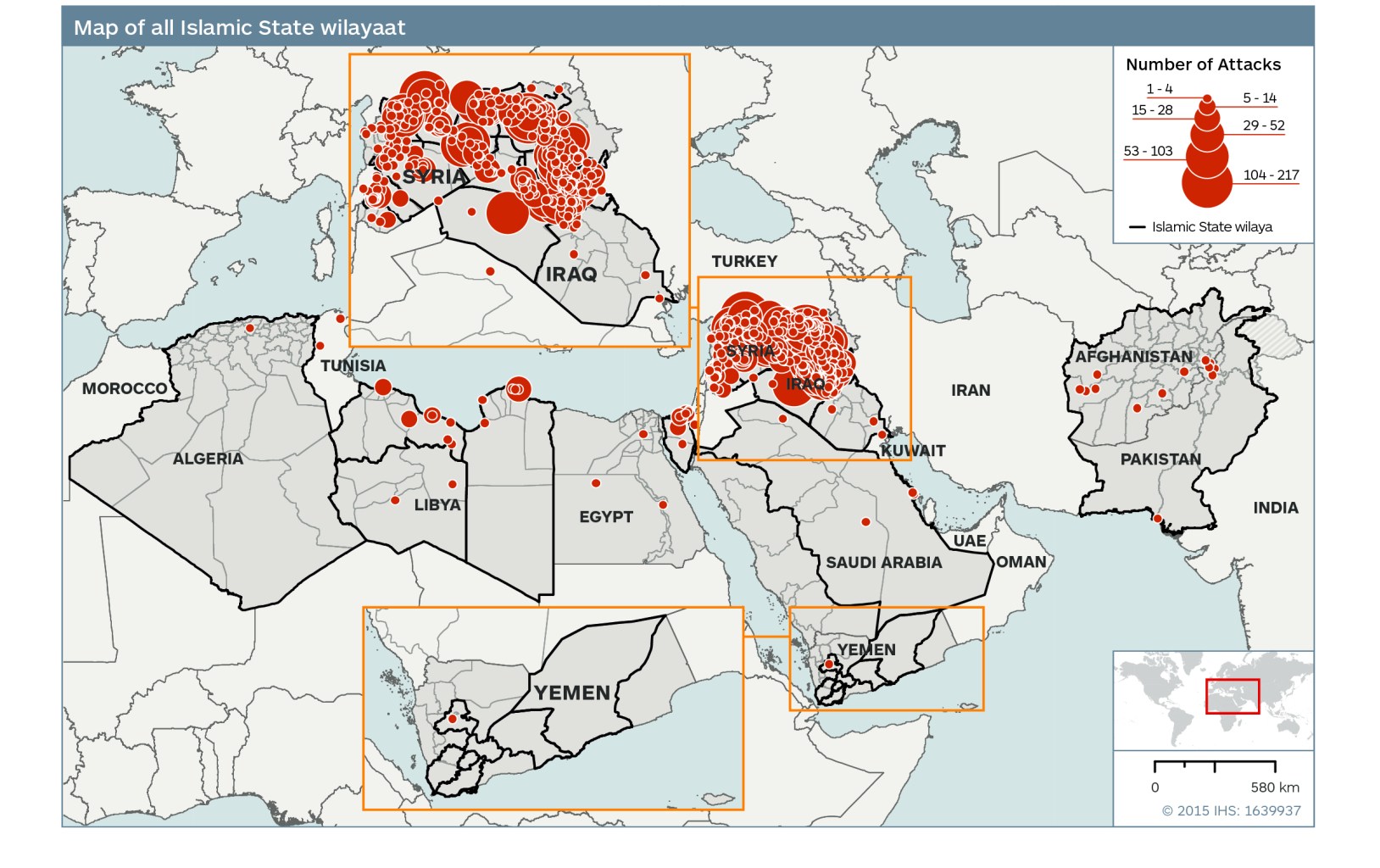