Mapped: The Islamic State’s Territorial Losses and the Beginning of a United Kurdistan

Kurdish forces, with the backing of U.S. airpower, have inflicted a series of defeats on Islamic State troops.

Kurdish forces in northern Syria, backed by U.S. air power, are providing a rare bit of good news in the fight against the Islamic State: a spate of recent battlefield wins that have pushed the militants toward their de facto capital in Raqqa.

The map below, from the consulting and risk analysis firm IHS, shows what those gains look like — and offers a sobering reminder that Washington still lacks a reliable Arab partner on the battlefield. 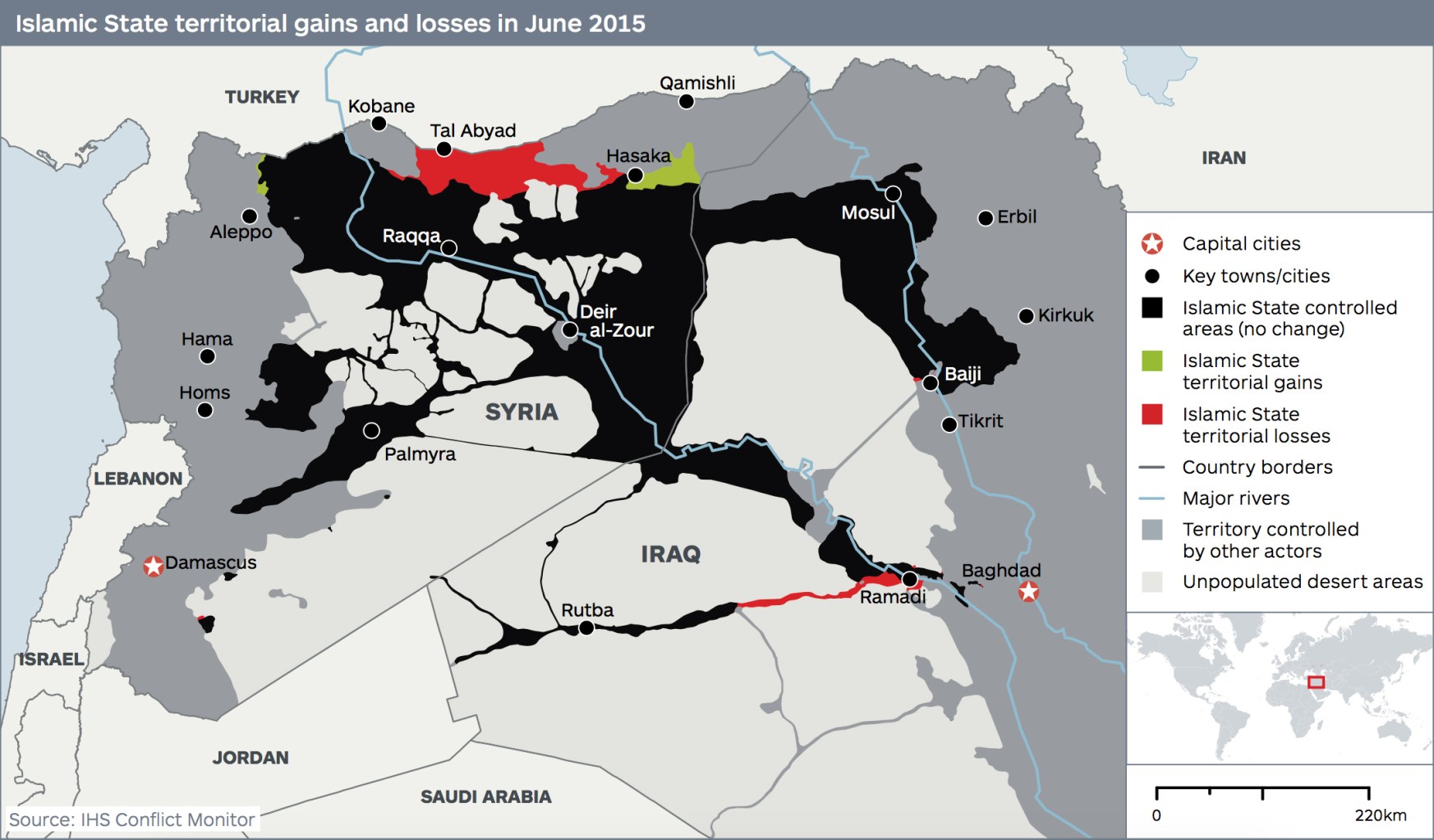 The map, which relies on open source data, illustrates how Kurds have pushed out of their traditional strongholds and begun to enter areas typically dominated by Arabs. Those wins have shrunk the territory controlled by the Islamic State and have shown that the group is far from invincible, despite its own series of impressive military victories in recent months.

President Barack Obama touted the Kurdish gains at a press conference Monday as evidence that his broader strategy for beating back the Islamic State can bear fruit. “ISIL’s recent losses in both Syria and Iraq prove that ISIL can and will be defeated,” Obama said, using an alternate acronym for the group.

The optimistic assessment glides over the fact that the Kurdish wins, as the Washington Post reported Monday, are another reminder the United States lacks an Arab — specifically, Sunni — military partner to take on the Islamic State. Moreover, many Arabs allege that Kurdish forces are carrying out a campaign of ethnic cleansing in order to lay the groundwork for a unified Kurdistan stretching from northern Syria into northern Iraq. The map above gives a sense of how the arc of territory currently under Kurdish control might be extended to stretch into Iraq and encompass Erbil, the capital of Iraqi Kurdistan.

While Syrian government forces control a small strip of territory around the city of Hasaka, Kurdish groups mostly control the area of northern Syria running from Kobani to the Syria-Iraq border. The following map, from the Institute for the Study of War, shows the state of play in Iraq. The light green area in northern Iraq represents the area under Iraqi Kurdish control. 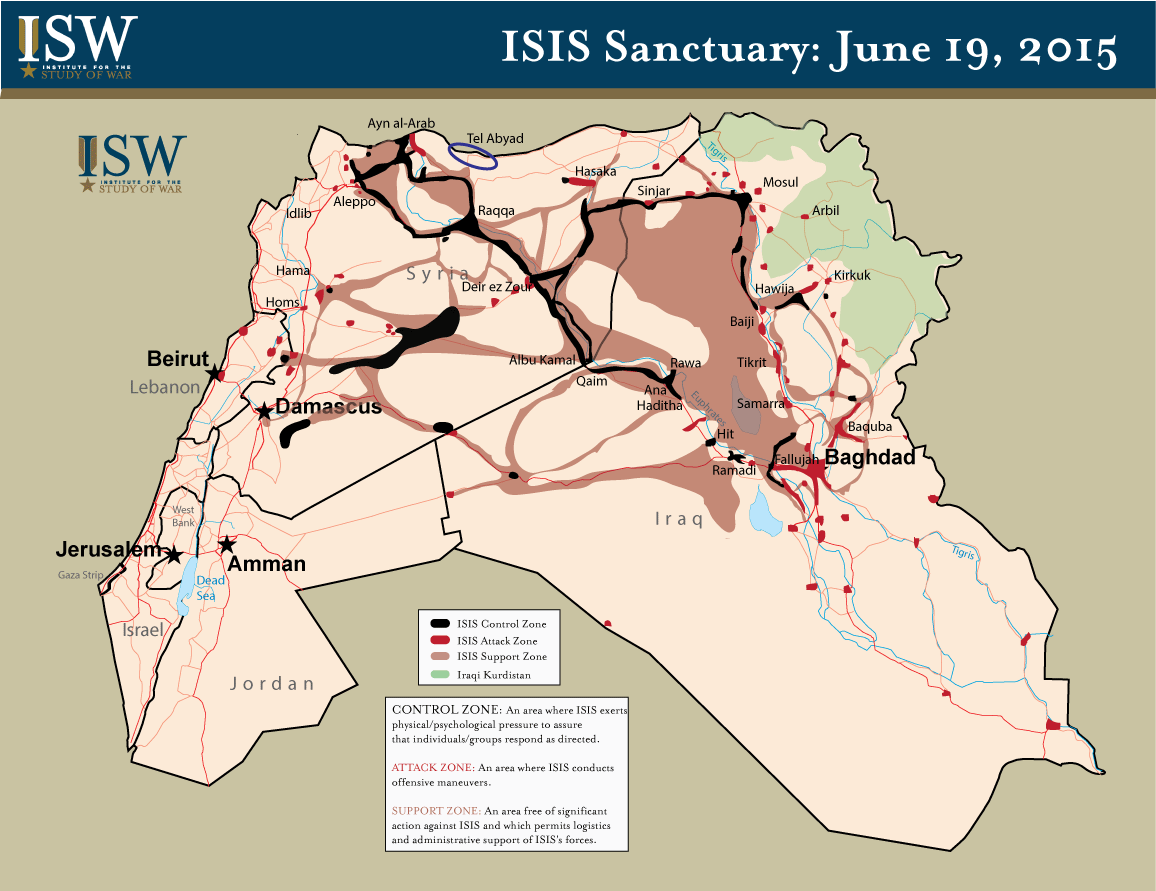 A slight expansion of that green area to the southwest in and around Mosul would go a long way toward making a unified Kurdistan a reality. That, though, would require the Kurds and their erstwhile allies in the Iraqi military to retake Mosul from the Islamic State — a task that will be extraordinarily difficult, even for the fighters notching rare and much-needed wins against the group.