The Japanese leader tries to sell a skeptical public on a more aggressive defense posture.

Paper houses on fire and Japanese and American firefighters coming to the rescue — these were the metaphors Japanese Prime Minister Shinzo Abe used during a television appearance this week to pitch a skeptical Japanese public on his defense reforms.

Abe wants to reform Japan’s constitution to allow the country to come to the aid of its allies in the event of a military conflict, but large numbers of Japanese are deeply skeptical of moving away from their nation’s post-war policy of pacifism. As a result, Abe has in recent weeks seen his poll numbers slide to record lows as his reform package has moved forward in parliament. So this week, Abe went on television to sell the policy with a set of unusual visual aids.

The aim of Abe’s defense reforms is to allow Japan to play a more active role in tandem with the United States to carry out military operations in East Asia. With China boosting its military capacity and laying claim to a string of disputed islands in the South China Sea, Tokyo wants to make its military posture more aggressive to deter what it sees as a rising threat posed by Beijing.

Under current Japanese policy, Abe argued, Japanese firefighters are not able to come to the aid of a burning American house. Japan’s firefighters must stand and watch as their allies’ homes burn. Under his proposed reforms, Japan and the United States would be able to come to the aid of one another, Abe argued. Presumably, those cotton candy-like objects protruding from the roofs of the paper houses are fire. 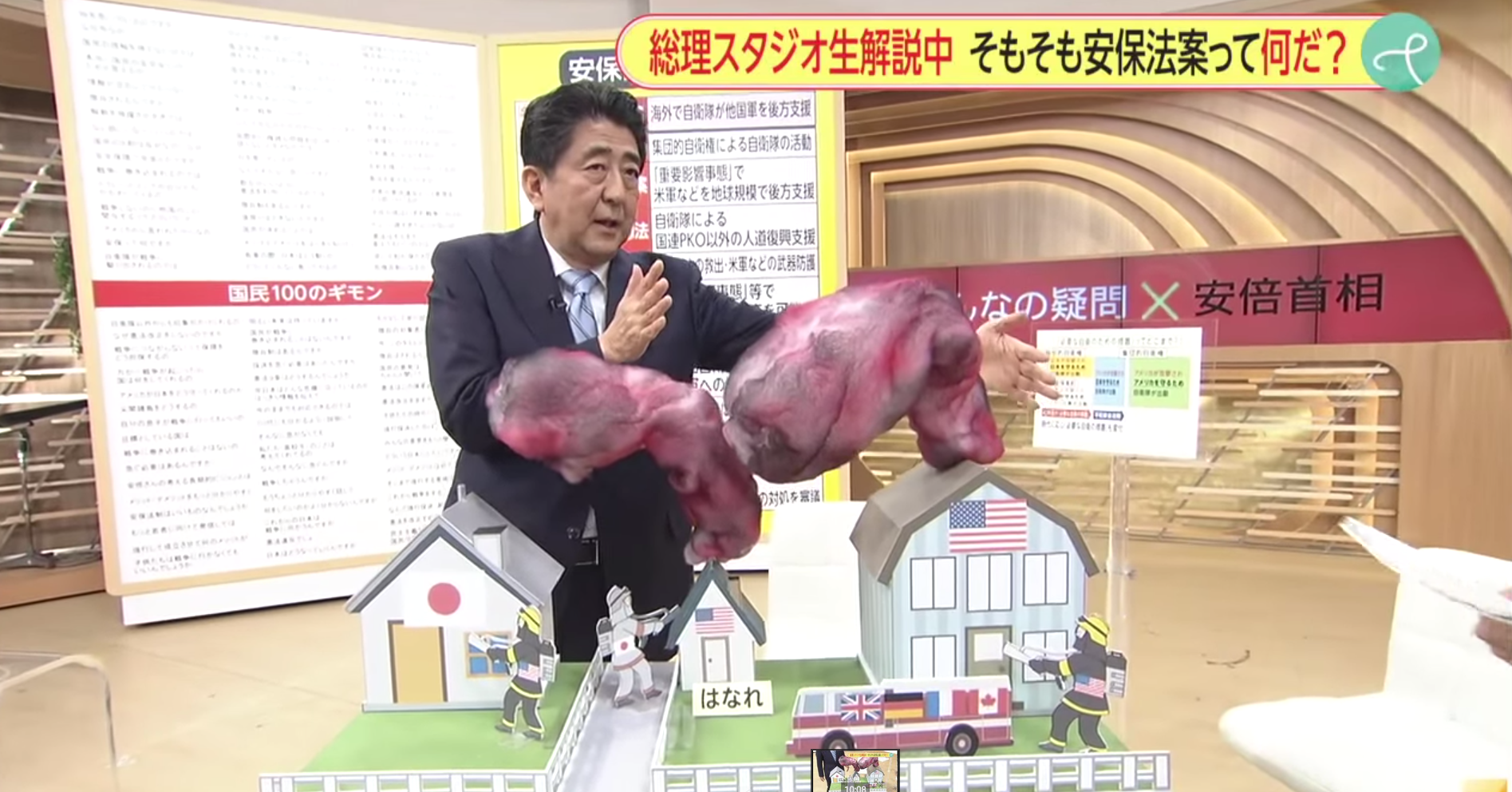 It’s a fairly tortured metaphor. Abe’s reforms have nothing to do with firefighting. Rather, Japan wants the ability to intervene in a military conflict between China and the United States. A burning U.S. destroyer would have been more accurate than what looks like an American barn and a shed that Abe pointed to during his demonstration.

And in case there was any doubt at whom this policy is directed, an earlier visual aid used a pirate flag to depict China. 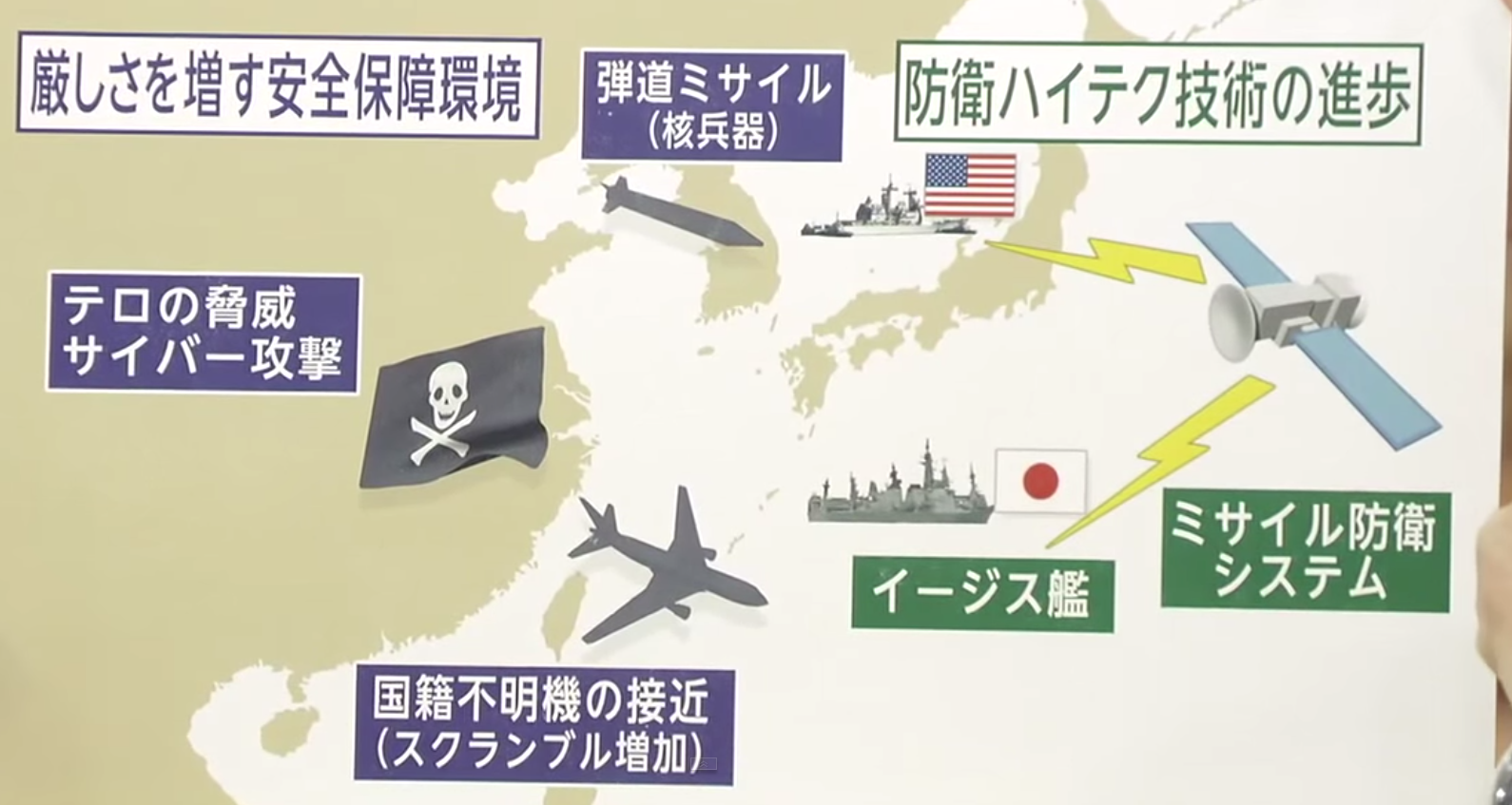