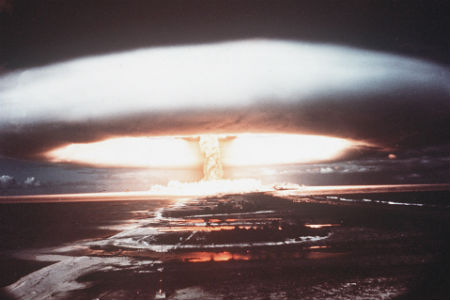 “Obama Pledged to Reduce Nuclear Arsenal, Then Came This Weapon” by Len Ackland and Burt Hubbard, Reveal from the Center for Investigative Reporting.

How the B61-12 entered the United States’ arsenal of weapons is a tale of the extraordinary influence of the “nuclear enterprise,” as the nuclear weapons complex has rebranded itself in recent years.

“How the B61-12 entered the U.S. arsenal of weapons is a tale of the extraordinary influence of the ‘nuclear enterprise,’ as the nuclear weapons complex has rebranded itself in recent years. Its story lies at the heart of the national debate over the ongoing modernization of America’s nuclear weapons, a program projected to cost $348 billion over the next decade.

This enterprise encompasses defense contractors, including the subsidiary of Lockheed Martin Corp. that runs the Sandia labs for the government, as well as the U.S. Department of Energy and the nuclear weapons-oriented wings of the U.S. military – particularly the Air Force and Navy. With abundant jobs and dollars at stake, the nuclear enterprise is backed by politicians of all stripes.” 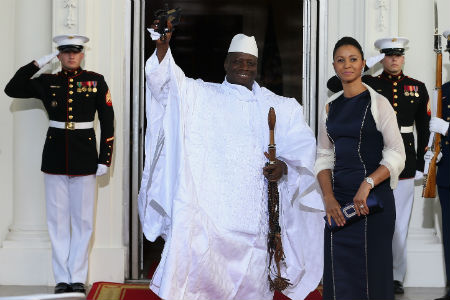 “The Reckless Plot to Overthrow Africa’s Most Absurd Dictator” by Andrew Rice, the Guardian.

In December, a handful of middle-aged American immigrants attempted to topple the autocratic ruler of the Gambia. They had few weapons and an amateurish plan. What possessed them to risk everything in a mission that was doomed to fail?

“The coup attempt has focused attention on an obscure corner of US foreign policy, demonstrating the lengths to which America will go to maintain stable relations in volatile west Africa – even if it means occasionally mollifying a cruel and autocratic buffoon. And while much of the prosecution’s evidence is still obscured by secrecy, the case has already revealed much about the ideals and motivations of the men who sought to topple Jammeh, who regarded their fight as a struggle for democratic values. Some of them had served as soldiers in American wars abroad. The key mobiliser, Njaga Jagne, was a veteran officer who did two tours in Iraq.

The coup plot, years in the making, was not the work of a single mastermind, but rather a collaborative effort that germinated within the activist ecosystem. The same technological tools that facilitated democratic speech and debate also allowed a hardcore handful to rally around a radical idea: that words were no longer sufficient, and violent change was possible. They saw themselves as Americans, pursuing American ideals, with American guns. Some now face prison sentences. Others paid a higher price.” 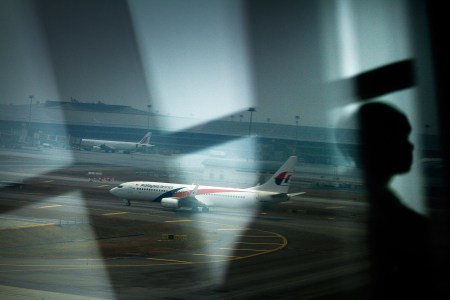 “Up in the Air: Meet the Man Who Flies Around the World for Free” by Ben Wofford, Rolling Stone.

Last year, a young man walked into the Seattle airport and took the next flight to anywhere — and he hasn’t come down since.

“Schlappig, 25, is one of the biggest stars among an elite group of obsessive flyers whose mission is to outwit the airlines. They’re self-styled competitors with a singular objective: fly for free, as much as they can, without getting caught. In the past 20 years, the Internet has drawn together this strange band of savants with an odd mix of skills: the digital talent of a code writer, a lawyer’s love affair with fine print, and a passion for airline bureaucracy. It’s a whirring hive mind of IT whizzes, stats majors, aviation nerds and everyone else you knew who skipped the prom.

Schlappig owes his small slice of fame to his blog “One Mile at a Time,” a diary of a young man living the life of the world’s most implausible airline ad. Posting as often as six times a day, he metes out meticulous counsel on the art of travel hacking — known in this world as the Hobby. It’s not simply how-to tips that draw his fans, it’s the vicarious thrill of Schlappig’s nonstop-luxury life — one recent flight with a personal shower and butler service, or the time Schlappig was chauffeured across a tarmac in a Porsche. But his fans aren’t just travel readers — they’re gamers, and Schlappig is teaching them how to win.” 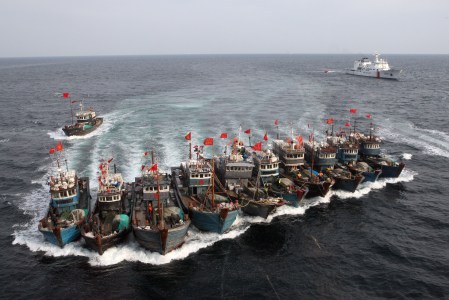 “Stowaways and Crimes Aboard a Scofflaw Ship” by Ian Urbina, the New York Times Magazine.

Few places on Earth are as free from legal oversight as the high seas. One ship has been among the most persistent offenders.

“Murders regularly occur offshore — thousands of seafarers, fishermen or sea migrants die under suspicious circumstances annually, maritime officials say — but culprits are rarely held accountable. No one is required to report violent crimes committed in international waters. Through debt or coercion, tens of thousands of workers, many of them children, are enslaved on boats every year, with only occasional interventions. On average, a large ship sinks every four days and between 2,000 and 6,000 seamen die annually, typically because of avoidable accidents linked to lax safety practices.

The Dona Liberta has been among the most persistent of scofflaws, offering a case study of misconduct at sea, according to an examination of shipping, insurance and port records, and dozens of interviews with law enforcement, maritime experts and former company associates. The vessel not only cast off stowaways — Jocktan Francis Kobelo, the second man ordered onto the raft, died from the 2011 ordeal — but has also been accused of a long list of other offenses over the past decade.” 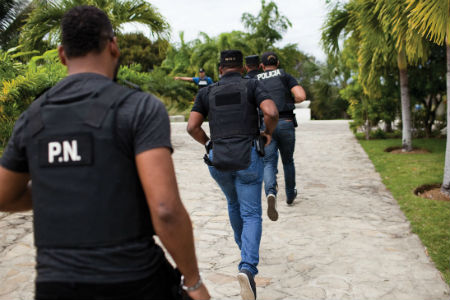 Operation Underground Railroad, a small Mormon-led group, is going undercover to rescue kids from sex trafficking. But is its brand of salvation working?

“On a warm morning in March, an American man named Paul stands on the balcony of a sprawling stucco mansion in Acapulco, Mexico. In the distance, the spring sun glimmers on the city’s harbor, nestled among iconic white beaches and lush peaks. Acapulco is quiet—relatively speaking anyway. Caught in the cross-hairs of the country’s gruesome drug war, a city that once bustled with cruise ships and spring-breakers now has the ignominious distinction of being Mexico’s murder capital: 590 people were killed there in 2014.

The co-founder of a multibillion-dollar real estate investment fund, Paul is on the cusp of middle age. His short, graying hair is thick with gel, and he wears a pale blue shirt, sunglasses, and a Bentley-edition Breitling watch. He has come south of the border to take advantage of Acapulco’s seedy underbelly. He isn’t after property or drugs, however. He’s looking for sex with underage girls.”