Did the Beijing Olympic Song Rip off Disney’s ‘Let It Go’? We Asked Science.

A computer scientist examines the similarities between the Disney hit and a promotional song for Beijing's Winter Olympics.

This week, a minor Internet controversy erupted when it was revealed that Beijing’s bid for the 2022 Winter Olympics included a song that sounds suspiciously like “Let It Go,” the mega hit from Disney’s Frozen. Indeed, a cursory listen reveals similarities in tempo, rhythm, and melody, but here at Foreign Policy we were curious whether it might be possible to actually quantify whether China ripped off the Disney tune.

So we asked Lior Shamir, a professor at Lawrence Technological University and a computer scientist with wide-ranging interests in music, art, and astronomy, to perform a computer analysis of the two songs. Shamir came back with the graphic you see below, and it confirms the similarities of the two.

To allow the computer to compare the two songs, Shamir placed them in a rough context of modern pop music. Basically, an algorithm such as this requires more than two inputs to carry out a comparison. In the graphic below, red represents Beatles songs up until 1966, green is Queen, gray is the Bangles, yellow is a selection of reggae, and blue includes songs put out by Disney during the 1990s and later. Disney’s “Let It Go” is in orange. Beijing’s 2022 song is in light blue. They are tightly grouped at the graphic’s right. 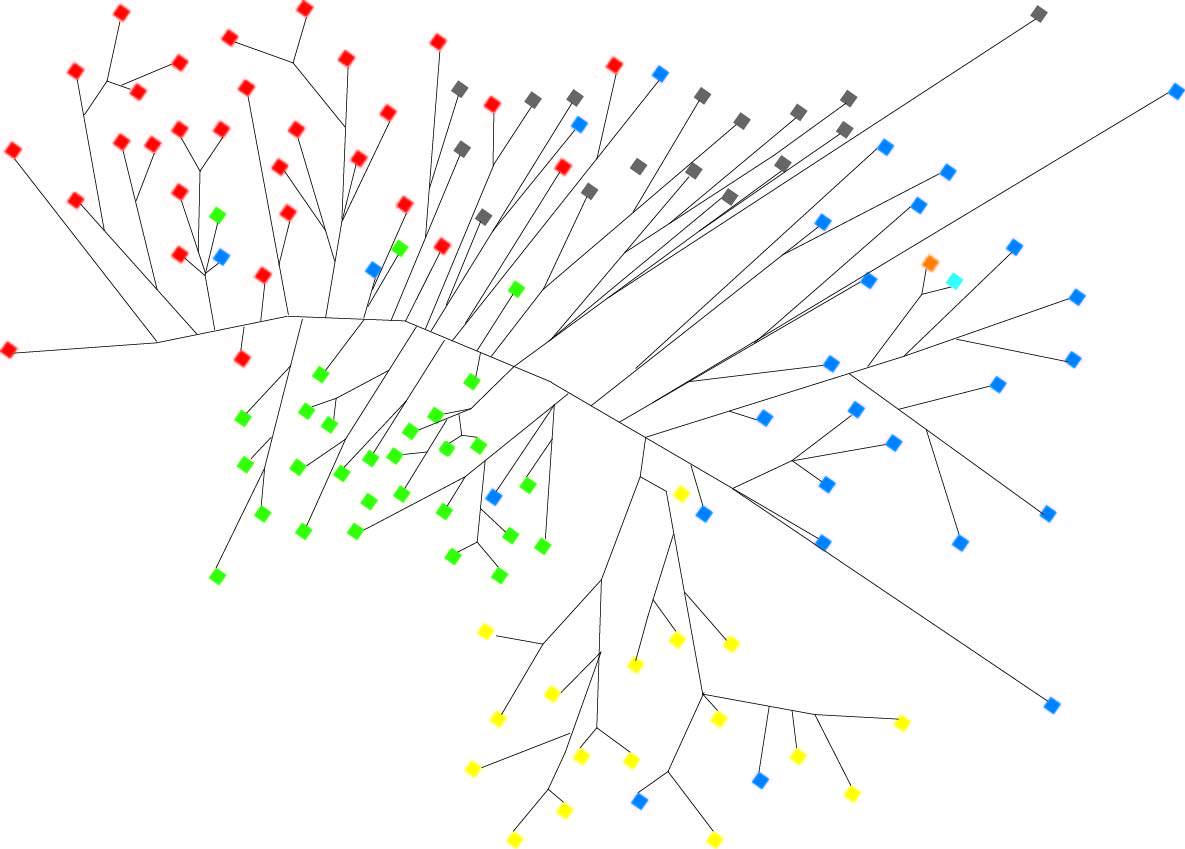 “The two songs are the closest among all Disney songs,” Shamir wrote in an email. “It might not prove plagiarism, but it just shows that the songs are very similar to each other.”

“Normally, the computer will not detect plagiarism, but in this case the songs have the same structure and also sound very much the same, so I am not surprised we had these results,” Shamir added.

Have a listen to the two tracks below and consider whether Beijing ripped off Frozen.

And a mash-up of the two:

So far, Disney hasn’t commented on the fracas, but that isn’t surprising. China makes up a growing segment of the global movie market, and Frozen brought in nearly $50 million there.

Want to Fix the Deficit? Bring Home the Troops

Why India and China Are Sparring

All Roads to a Better Trade Deal Lead Through the WTO