New Zealand Wants to Change Its Flag. These Are the Finalists.

New Zealand Prime Minister John Key is tired of being confused for Australia.

That has resulted in quite a bit of confusion — usually to the disadvantage of smaller New Zealand. The country’s prime minister, John Key, has spoken of being seated in front of Australia’s flag at multilateral fora, a wonderful bit of small-country anxiety that HBO’s John Oliver recently satirized to great effect.

Confusion over the New Zealand flag and discontent over its colonial iconography has led to a campaign to change the country’s banner, and on Monday a panel charged with overseeing that process released its long list of candidates ahead of a referendum. The candidates prominently feature the silver fern, the symbol worn by New Zealand’s beloved rugby team, the All Blacks. The fern also plays an important role in Maori legend.

“A potential new flag should unmistakably be from New Zealand and celebrate us as a progressive, inclusive nation that is connected to its environment, and has a sense of its past and a vision for its future,” the Flag Consideration Panel wrote in an open letter releasing the long list.

Key has in the past favored a design featuring a white fern against a black background, but backed off that idea after some commentators said it resembled the flag of the Islamic State militant group.

The full long list can be viewed below. And the design that allegedly resembles the Islamic State flag — which it really doesn’t! — made the cut. 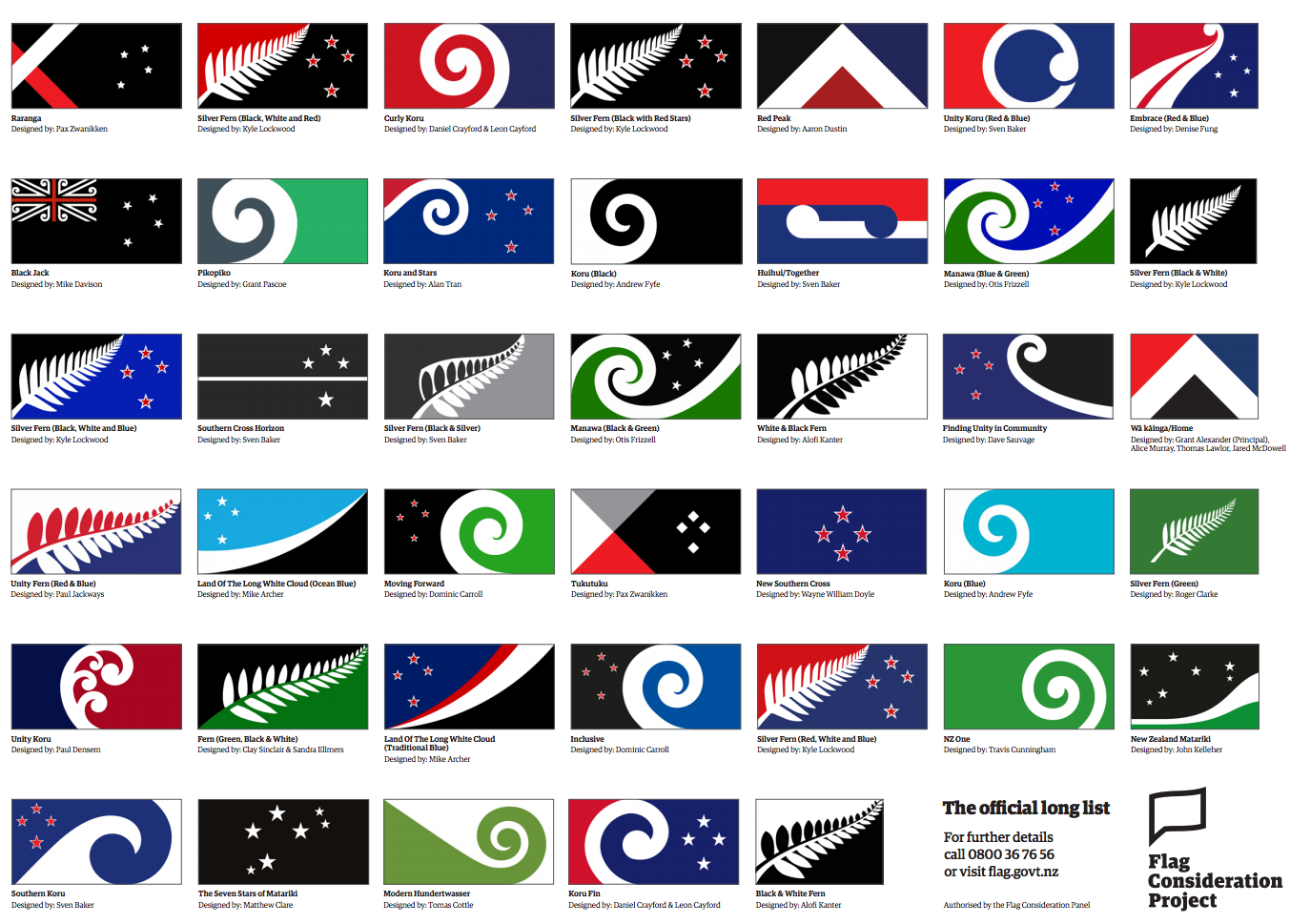