The pro-Israel lobbying giant is running out of Democrats who might be willing to help slow Obama's Iran nuclear deal.

On Wednesday, Indiana Democratic Sen. Joe Donnelly — a moderate whom AIPAC and other critics of the deal had hoped to bring to their side — said in a statement that he would support the pact. The announcement undercut the small burst of momentum some opponents felt after New Jersey Democratic Sen. Bob Menendez said he’d vote against the deal. To date, Menendez and Sen. Chuck Schumer of New York are the only Democratic senators to publicly break with the White House over the deal; at least 21 have announced their support.

Leaders of the pro-Israel lobbying giant have always known that the math was not on their side. Killing the landmark accord — which would give Iran relief from crushing economic sanctions in exchange for Tehran accepting limits on its nuclear program — would require at least 13 Senate Democrats or 44 House Democrats to break with President Barack Obama on what he views as his signature foreign-policy accomplishment.

The White House has expressed growing confidence that opponents won’t be able to find the 67 Senate votes or 290 from the House needed to override a presidential veto of legislation blocking the pact. Administration officials may need to dial back their optimism in the wake of an Associated Press report on Wednesday stating that the United Nations has agreed to allow Iran to use its own personnel to inspect the Parchin nuclear site rather than opening it to international monitors. The disclosure gives AIPAC and other critics new evidence to support their contention that the pact doesn’t do enough to ensure that international inspectors have full access to Iran’s nuclear facilities.

Still, the Associated Press report is unlikely to get AIPAC all of the votes it needs. That means the lobbying group’s leaders may need to lower their sights and focus on a different goal: ensuring they have the 60 “no” votes needed to overcome a Democratic filibuster. Opponents currently have 56 votes, which means they need to win over at least four more Democrats. Below are the eight undeclared Democrats who could get AIPAC over the hump — or hand the group a historic defeat. 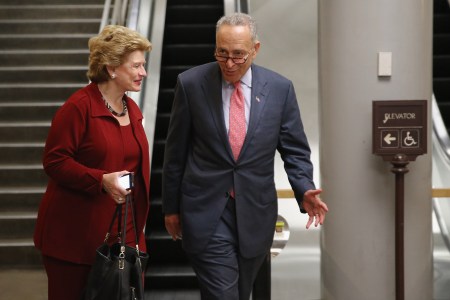 Sen. Debbie Stabenow. It’s unclear which way the Michigan lawmaker will go; Stabenow hasn’t made a formal statement on the deal, and her public comments have been cryptic. She made her most substantive comments in a recent statement to the Detroit News about the importance of understanding what the choices the United States has if it rejects the current agreement.

“We have to look at what the alternatives are and really be very thoughtful because it is incredibly serious for the United States and for Israel and for the world.… It’s a very difficult issue,” Stabenow said in a July 28 article.

She’s also tight with Schumer, one of the loudest opponents of the deal. When the White House went after the New York Democrat for criticizing the agreement, Stabenow came to his defense, saying, “I think it’s very unfortunate to see the comments coming from people connected with the White House.” 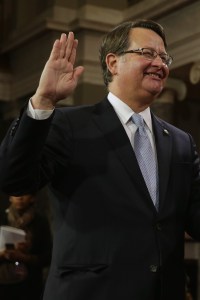 Sen. Gary Peters. Another Michigan Democrat, he has been praised by AIPAC for affirming America’s support for Israel, which suggests he might not support the deal. And he did co-sponsor the most recent sanctions legislation, sponsored by Menendez and Sen. Mark Kirk (R-Ill.), which the White House opposed. Then again, he’s the only freshman Democrat holding out, and he may not be ready to go to war with the White House on a cornerstone of Obama’s legacy while so green. 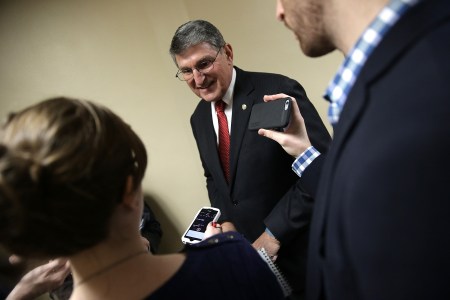 Sen. Joe Manchin. In July, the West Virginia Democrat hinted that he would back the deal. “Everybody says there is a better deal,” he told MSNBC’s Morning Joe last month. “What options are on the table or even basically discussed [that] I could consider voting for? I’m leaning very strongly to saying, ‘OK, let’s try going along with the P5+1.’”

But over the last two years, Manchin has also backed two rounds of sanctions legislation, both opposed by the White House. Further muddying the waters, he backed away from one in January 2014 in order, he said at the time, to give diplomacy a chance to work.

“I did not sign it with the intention that it would ever be voted upon or used upon while we’re negotiating,” he told MSNBC’s Chris Matthews. “I signed it because I wanted to make sure the president had a hammer if he needed it and [show] him how determined we were to do it and use it if we had to. But with that being said, we’ve got to give peace a chance here, and we’ve got to support this process.” 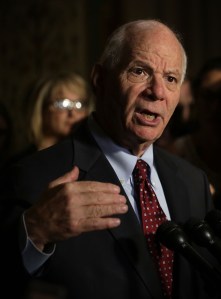 Sen. Ben Cardin. The Maryland Democrat used a speech at the annual AIPAC policy conference in March to reassure attendees that he stood in solidarity with Israel. He’s also the top Democrat on the Senate Foreign Relations Committee. No one is sure yet whether his loyalty to the lobbying group will outweigh his allegiance to the president. So far, he has been on the fence.

“In our deliberations we need to ensure the negotiations resulted in a comprehensive, long-lasting, and verifiable outcome that also provides for snap-back of sanctions should Iran deviate from its commitments. Congress faces a solemn charge that I expect will be fulfilled to the best of our abilities and at the highest of standards beginning today,” he said in a July 14 statement. 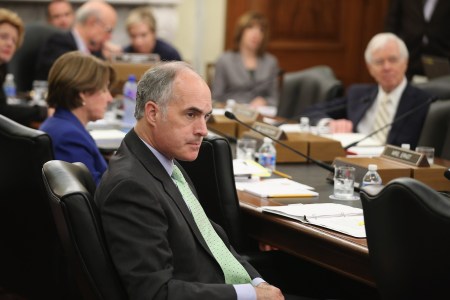 Sen. Bob Casey. The Pennsylvania lawmaker introduced the Iran Sanctions Enabling Act, which authorized the divestment of public pension money from firms doing business in Iran’s oil and natural gas sector, and he co-sponsored the Iran Refined Petroleum Sanctions Act, which expanded economic sanctions against Tehran. Casey has made one public statement on the deal since it was struck: “I will be conducting a thorough review of the agreement to evaluate whether it protects our national security interests.”

Many outside observers believe Casey is one of the likeliest “no” votes. 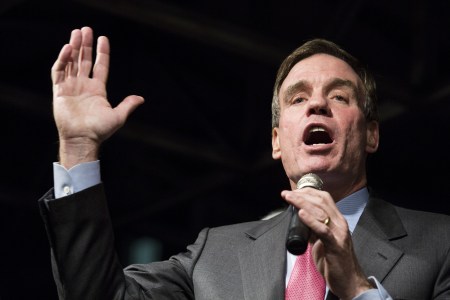 Sen. Mark Warner. Warner, a centrist from Virginia, has yet to take a public stance on the deal, but his past support for the White House suggests he may be a hard man for opponents to win over.

During an Aug. 5 hearing about the agreement, for instance, he pushed back against Republican critics who accused the Obama administration of making a bad deal to improve the president’s legacy.

“I find it remarkable that some members seem to impugn that you are not there trying to do the best deal possible for the United States of America and for long-term prospects of stability in the region,” Warner told Wendy Sherman, the lead U.S. negotiator for the nuclear talks with Iran, who was testifying at the hearing.

Warner appears to remain undecided, if Aug. 18 comments on Virginia radio are any indication.

“If Congress votes no, what happens next? Will there really be a sanctions regime that will be maintained? Will we really be willing to sanction our allies … whose banks hold most of the seized Iranian assets that would be released to Iran?” Warner told Newsradio 1140 WRVA. “Most of the senators I’ve talked to, and I’ve talked to a number of them … are taking this responsibility very seriously. Wherever people are going to end up, they all know that this is going to be one of the most important votes we’ll cast in Congress.” 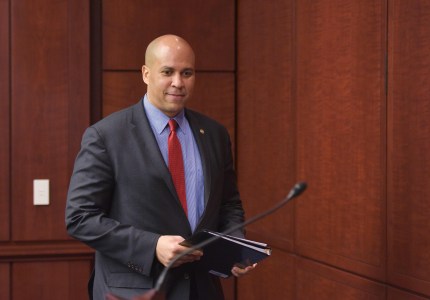 Sen. Cory Booker. He was the biggest Democratic recipient of money from pro-Israel donors in the last election cycle. At the same time, he’s also a key Obama loyalist. So far, he has been noncommittal. Booker, who represents New Jersey, is set to return to Washington on Thursday to continue receiving briefings on the deal. 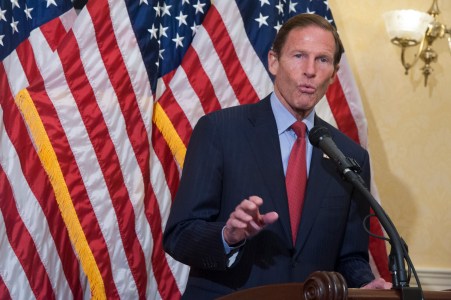 Sen. Richard Blumenthal. The Connecticut Democrat is the original co-sponsor of the two efforts to pass additional sanctions as negotiations were ongoing. However, his reaction to the final agreement was hedged. “I welcome the announcement of an agreement with Iran after a long and difficult diplomatic road,” Blumenthal said in a statement then. “While our common hope may be that diplomacy has succeeded in barring an Iranian path to nuclear weapons capability, Congress must apply exacting standards and strict scrutiny, especially given Iran’s history of deceit and international law violations.”