New Zealand Has Chosen Four Finalists for Its New Flag

New Zealand has narrowed down the contestants for its new flag to only four options. See what's on the table for a national vote later this year.

New Zealand Prime Minister John Key is sick and tired of being accidentally seated under Australia’s flag. The two countries’ flags are nearly identical, and as Foreign Policy reported last month, Key has made it a priority to ensure the two are never mixed up again.

On Tuesday, a panel charged with overseeing the design of a new flag for Kiwis announced four finalists of a list of 40 contenders who were selected in August, after the committee sifted through 10,292 submissions.

A design showing a white fern on a black flag, which was confusingly compared to the Islamic State flag, did not make the cut.

Eligible voters will have the opportunity to rank the four flags between Nov. 20 and Dec. 11. The best-ranked option will then face off against the current flag in a March 2016 vote.

But no matter what the Kiwis choose as the traditional flag’s final competitor, New Zealand’s silver fern will be included: all four of the remaining entries feature some aspect of the iconic plant.

Here are the contenders: 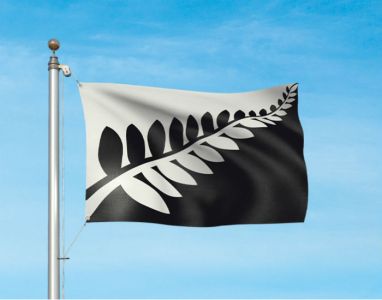 Designed by Alofi Kanter, the flag features a black and white background with a black and white fern cutting across the rectangle diagonally. The fern, which appears in traditional Maori tales, appeared in a huge number of entrants and is emblazoned on the uniforms of New Zealand’s national rugby team. According to Kanter, the flag’s color combination is meant to represent New Zealand’s “yin and yang,” which Kanter described as “binding us all together as a young, independent, and proud nation.” 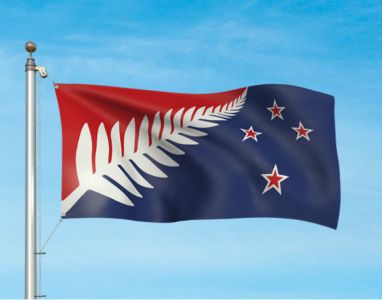 The second also features, surprise surprise, a fern. With a red, white, and blue color combination and four red stars, this options maintains more aspects of the current flag than any other finalists. It was designed by Kyle Lockwood, who said he maintained the stars (a constellation known both as “Crux” and as “The Southern Cross”) because “it helped guide early settlers” to New Zealand’s islands. 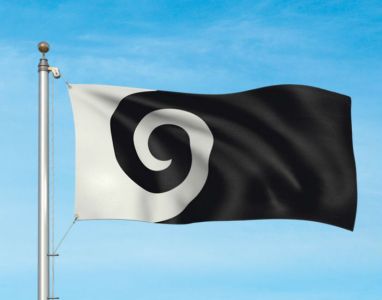 The only finalist that does not so obviously feature a fern, this contender features a white and black design with a simple swirl, called a koru, on its left side. According to Andrew Fyfe, who designed this model, the koru’s meaning in this case is four-fold: It symbolizes a fern-frond, wave, cloud, and ram’s horn. In Maori, the koru “represents new life, growth, strength, and peace.” 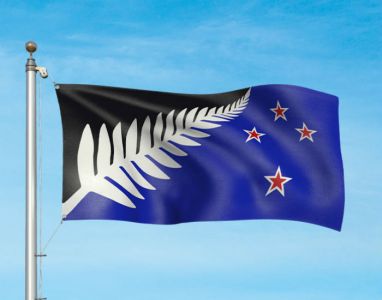 And then, back to another fern. The final option features a fern in white, once again displayed diagonally, but this time on a blue and black background. This option, like the second listed above, also features the Southern Cross constellation. It was in fact designed by the same man, Kyle Lockwood, who managed to get two submissions to the final four, an impressive feat considering the more than 10,000 submissions the flag committee viewed.

How India Came Around to Talking to the Taliban

Document of the Week: The Mighty U.N. Fighting Force That Never Was