Putin and Berlusconi Take Their Bromance to Crimea

Since its annexation by Russia over a year ago, Crimea’s once bustling tourism industry has taken a major hit: Shops have closed, resort staffs have been cut, and the number of tourists declined to a fraction of what it used to be.

But the peninsula did just get one high-profile visitor: former Italian Prime Minister Silvio Berlusconi, who for years has kept up an odd-couple, jet-setting bromance with Russian President Vladimir Putin.

Putin and his longtime ally and friend were in Crimea on Friday to honor a monument erected in memory of soldiers from Sardinia (precursor to the modern Italian state) who died in the Crimean War, which lasted from 1853-1856. According to Russia Today, the Kremlin-backed news service, the two men laid bouquets of flowers at the monument and then discussed building a park around the war memorial. Berlusconi had arrived in Russia on a private visit earlier in the week, spending time in the Black Sea resort city of Sochi before making the jaunt to Crimea. According to Dmitry Peskov, Putin’s press secretary, the meeting was informal, but that the two men discussed politics, including “the most urgent regional problems,” which would likely include the ongoing conflict in Ukraine, Western sanctions against Russia, and the four-and-a-half-year civil war in Syria.

Berlusconi and the Russian president are known to be close, with the pair often visiting each other in their respective home countries. The influential friendship, featuring ex-KGB officer Putin and “bunga bunga” sex party host Berlusconi, has often turned toward the comical, with several photo ops featuring the two men in macho activities, vacationing together at various resorts, and generally looking like the best of friends at political events.

Here the two men can be seen wearing fur hats, while dining under a tent in a wildlife reserve in Russia back in 2003. 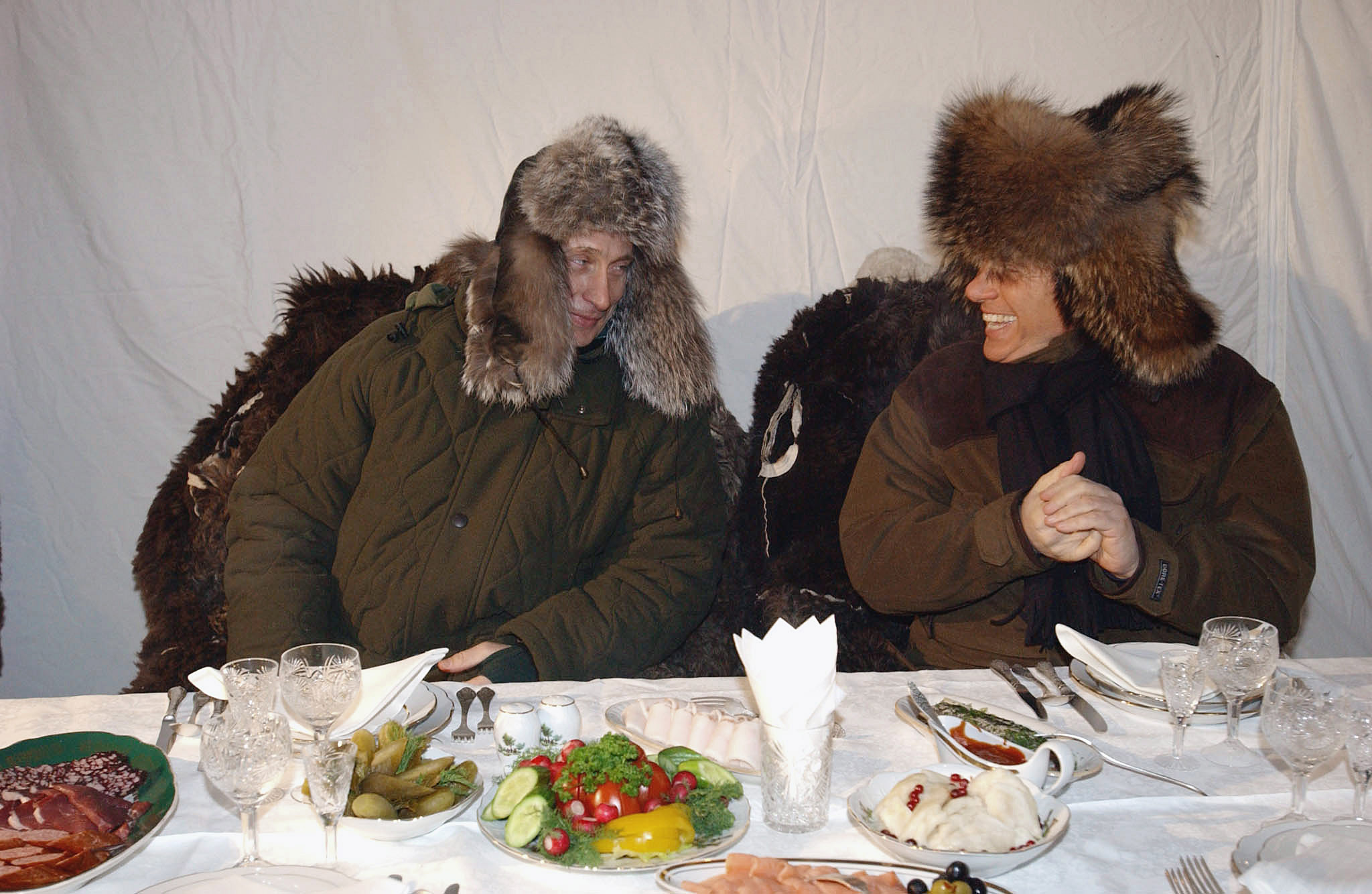 Before his divorce, Putin and then-wife Lyudmila Putina dined with Berlusconi and his now ex-wife Veronica Lario in 2005 in Sochi. 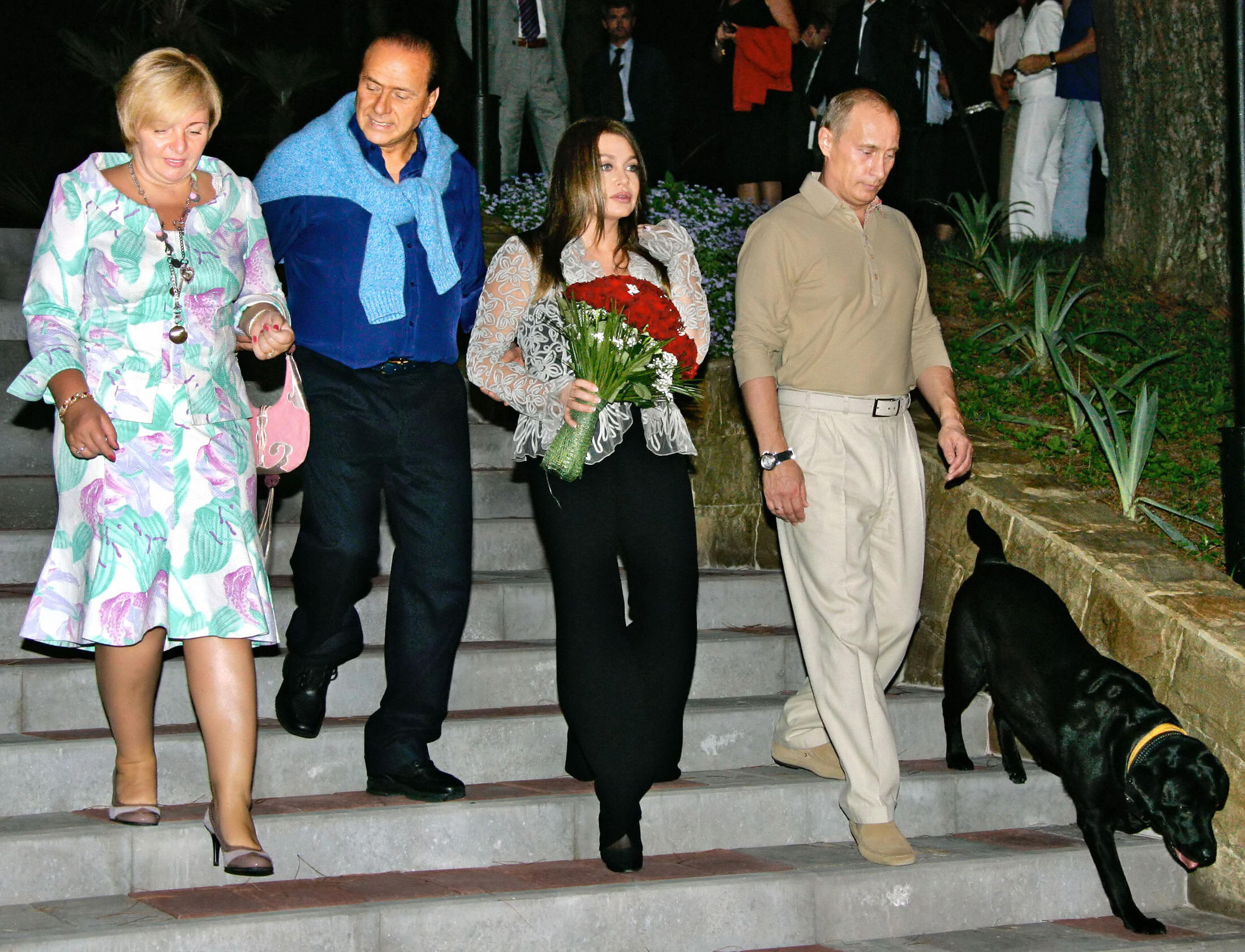 Sometimes Prime Minister Dmitry Medvedev joined in on the fun, too. 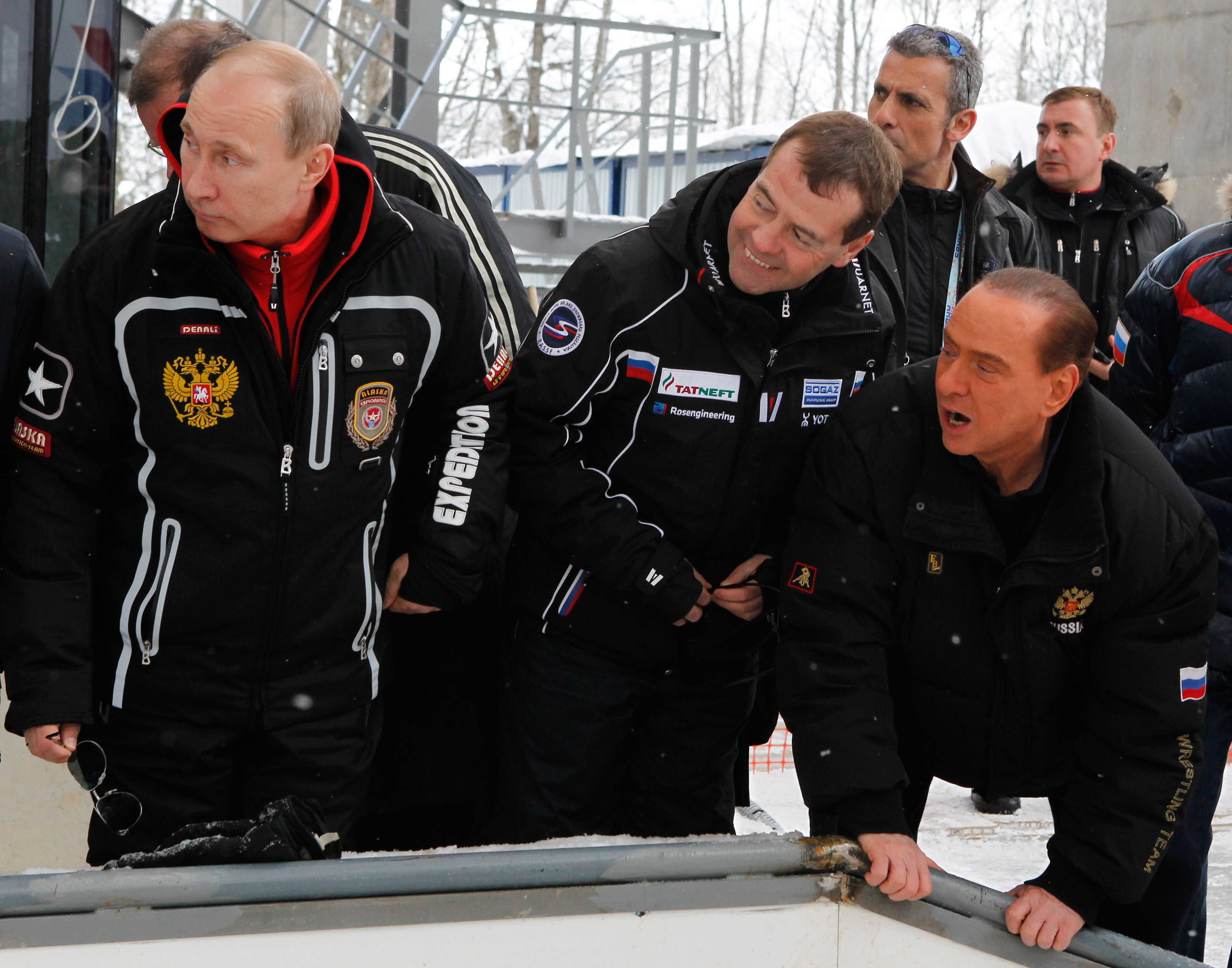 While still prime minister, Berlusconi and Putin’s closeness unsettled Washington, with the United States worrying over deals cut between the Italian energy firm ENI and Moscow gas giant Gazprom over the now-dead South Stream pipeline. Former U.S. ambassador to Italy Ronald Spogli, who was in Rome between 2005 and 2009, told the Italian paper Corriere della Sera in 2010, “the Rome-Moscow axis did worry us.”

Berlusconi losing office, however, has not deterred their friendship. In June, Putin and Berlusconi met in Rome, and the former Italian prime minister said that Forza Italia, his political party, would fight to lift the European sanctions imposed on Moscow due to its annexation of Crimea. Moreover, in July, Berlusconi was allegedly offered Russian citizenship and a post as the country’s new economy minister. “In Italy, I have been relegated to the sidelines, but Putin has told me he is willing to give me citizenship, and entrust me with running the economy ministry,” the Italian daily La Stampa reported Berlusconi saying at a dinner party.