The Mind-Bending Bus Stops of the Former Soviet Union

When public transportation became an outlet for radical creative expression. 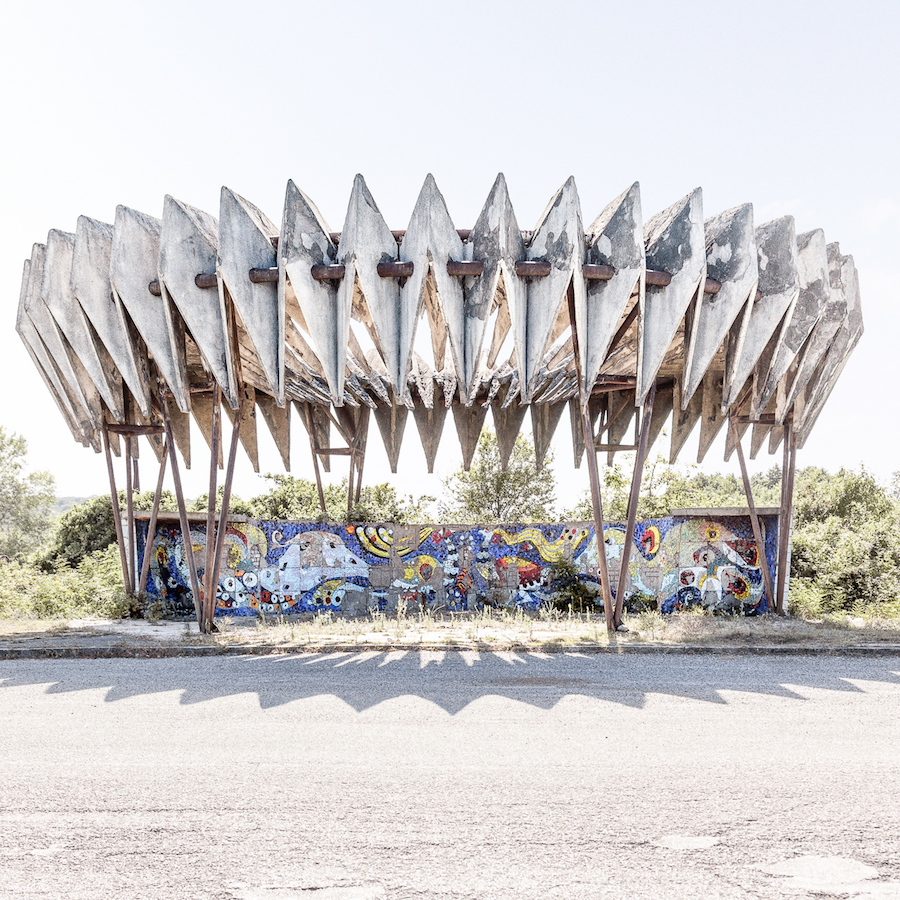 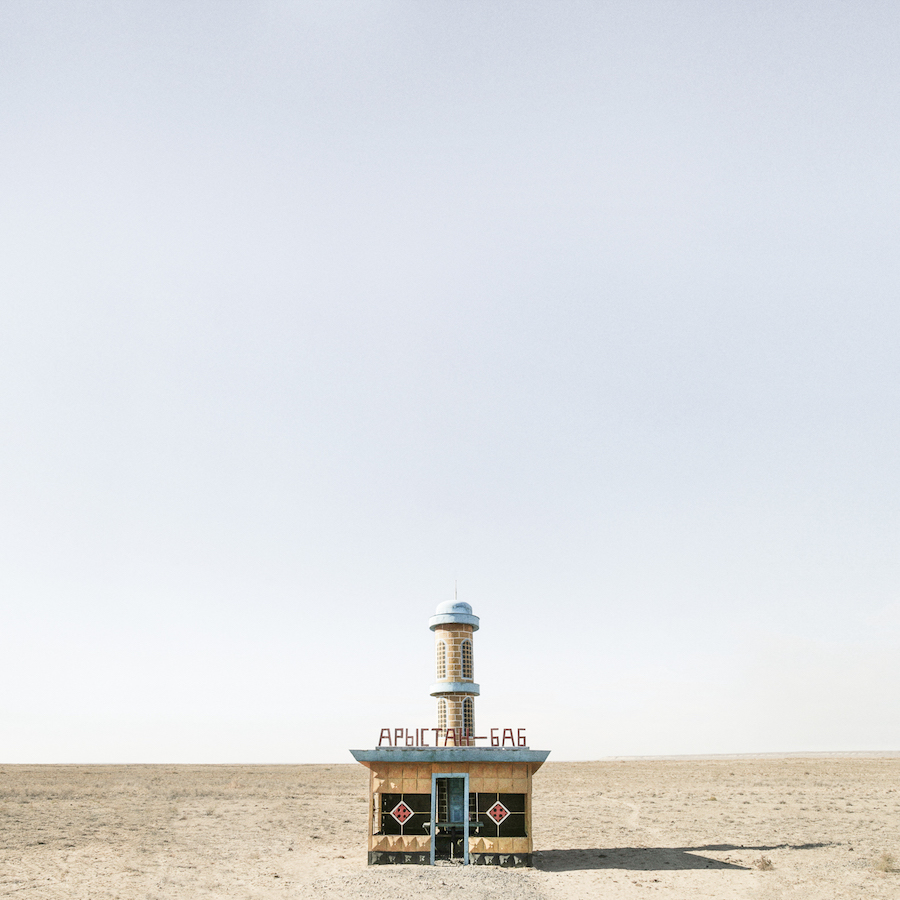 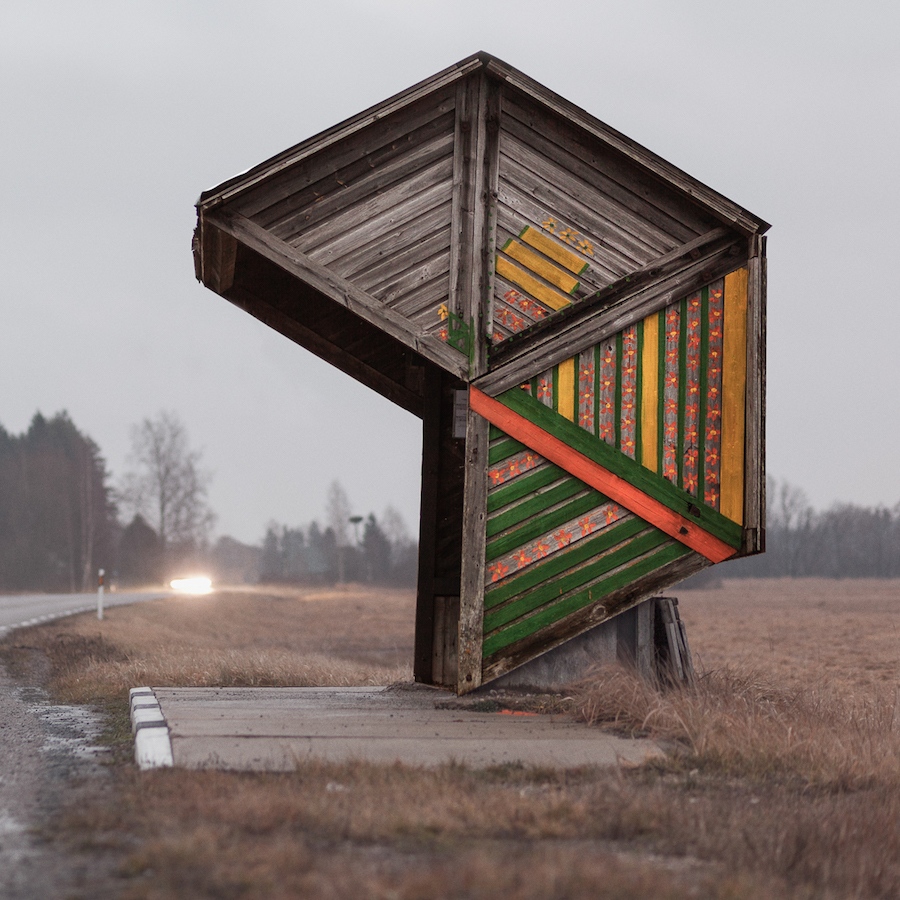 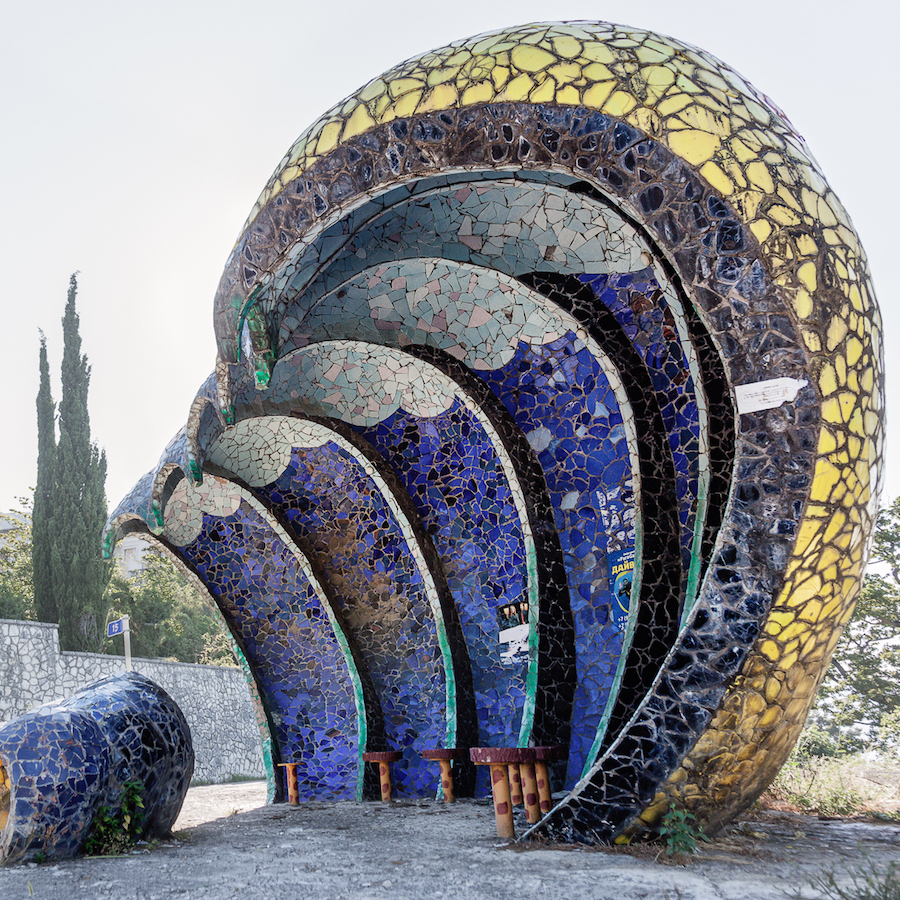 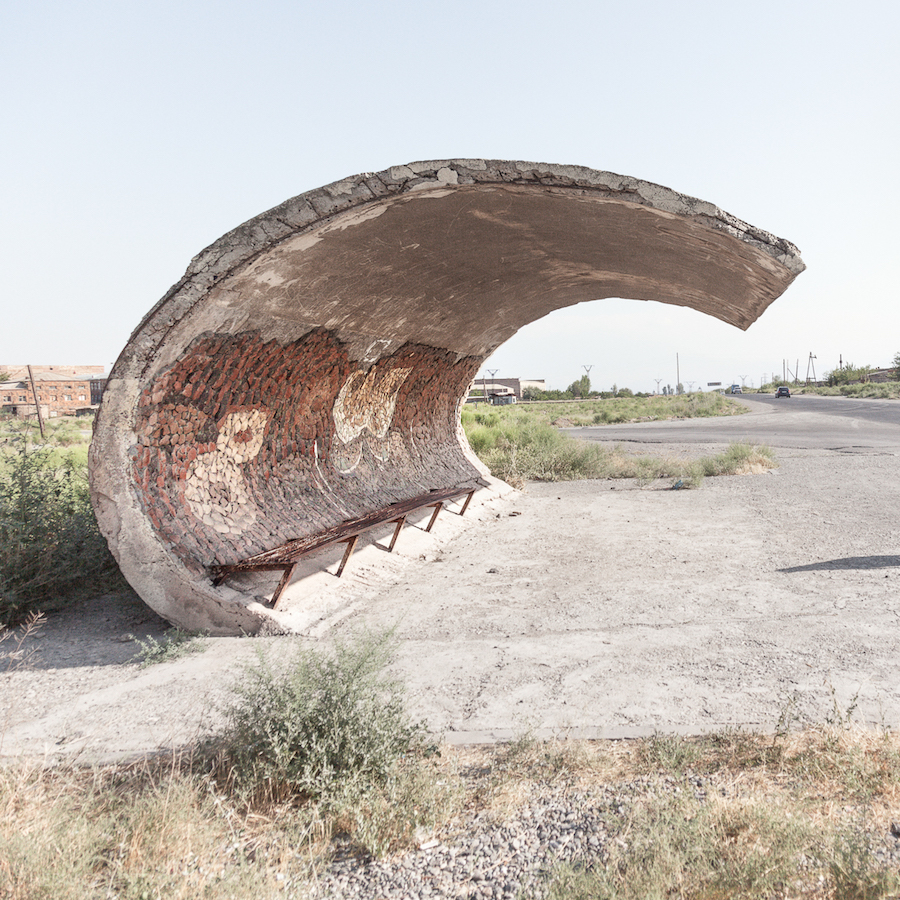 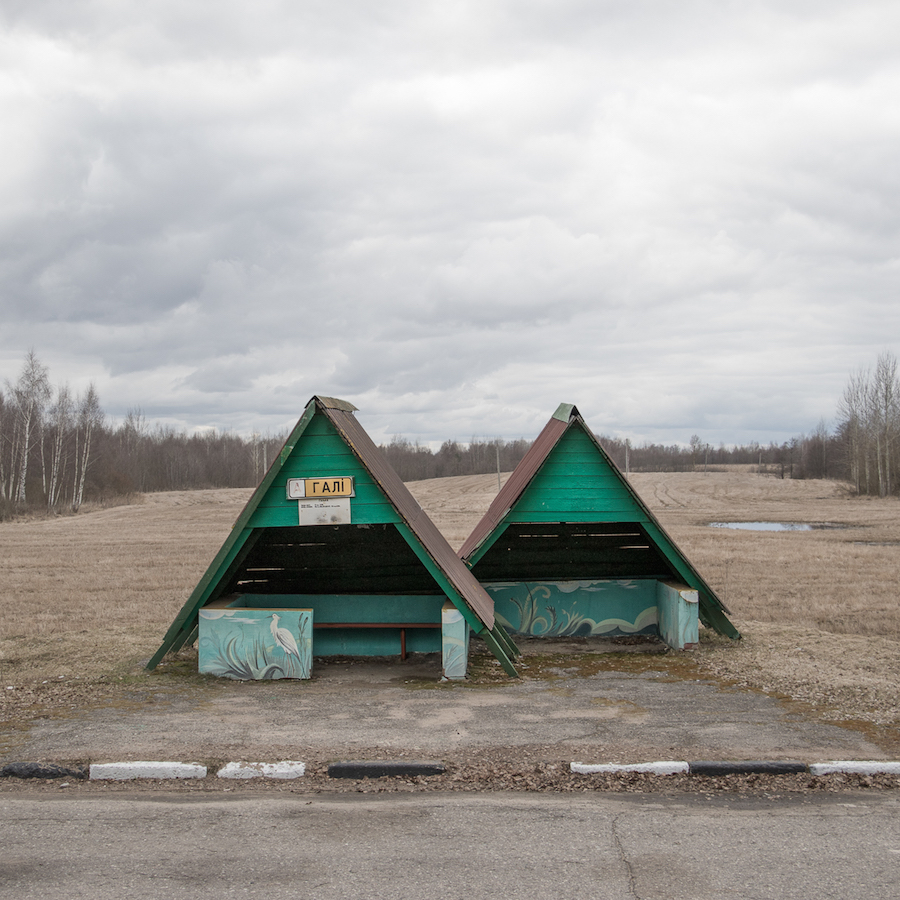 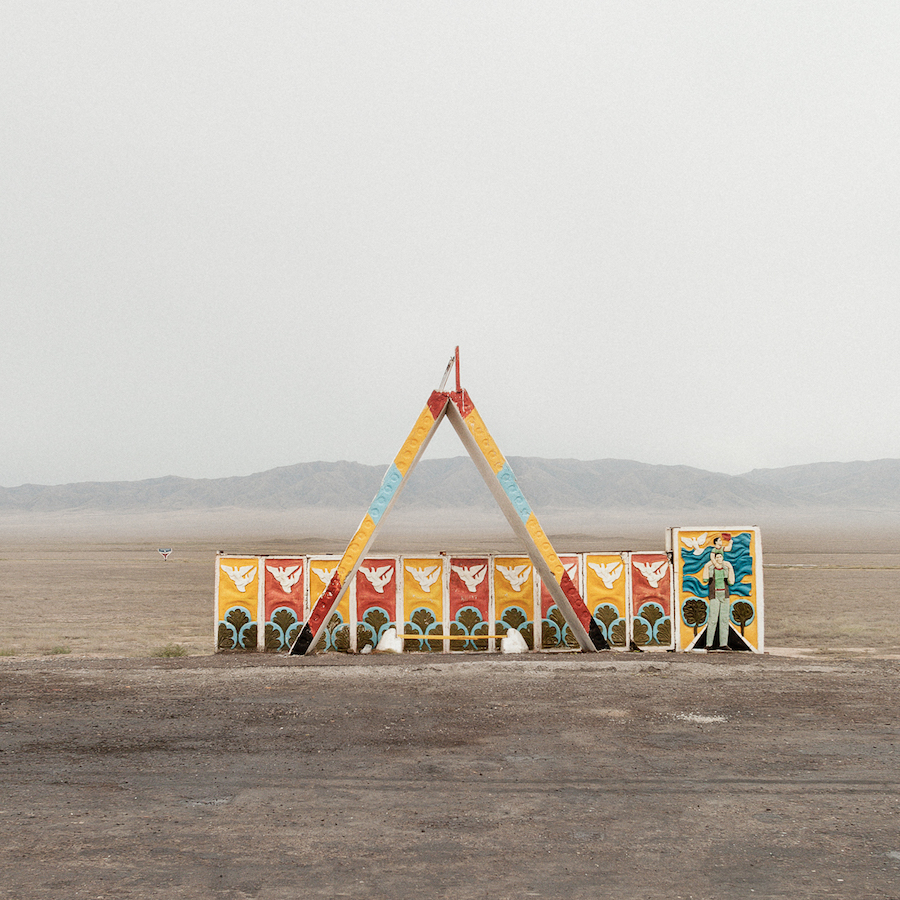 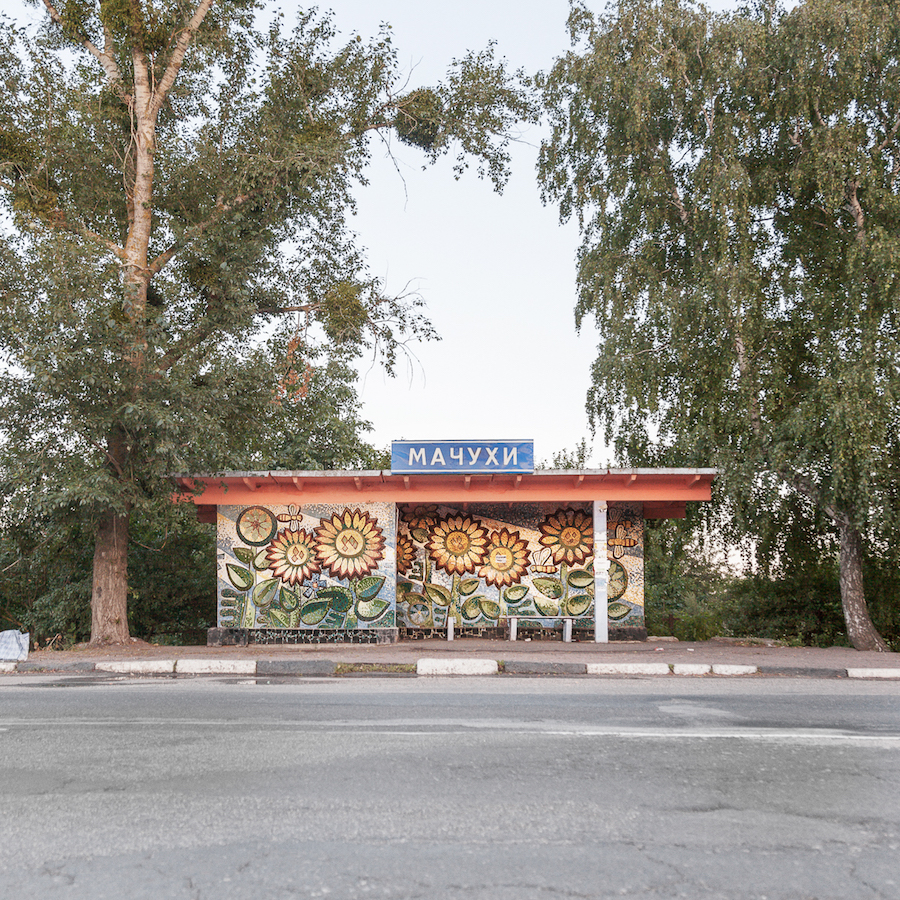 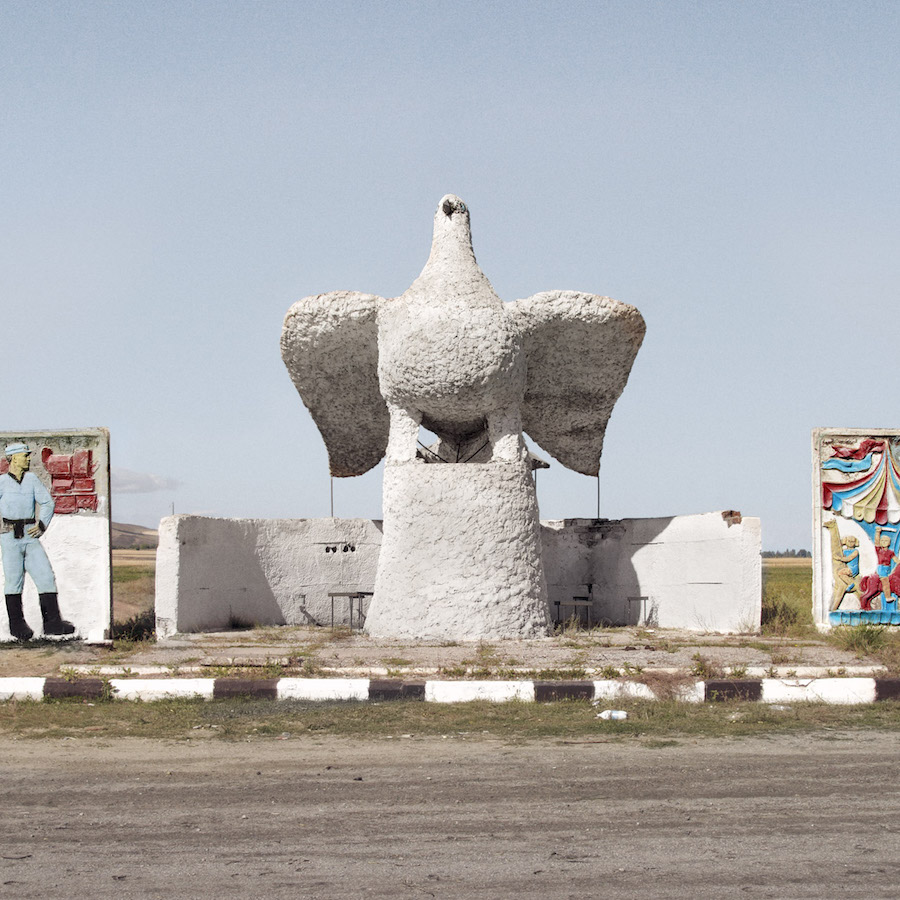 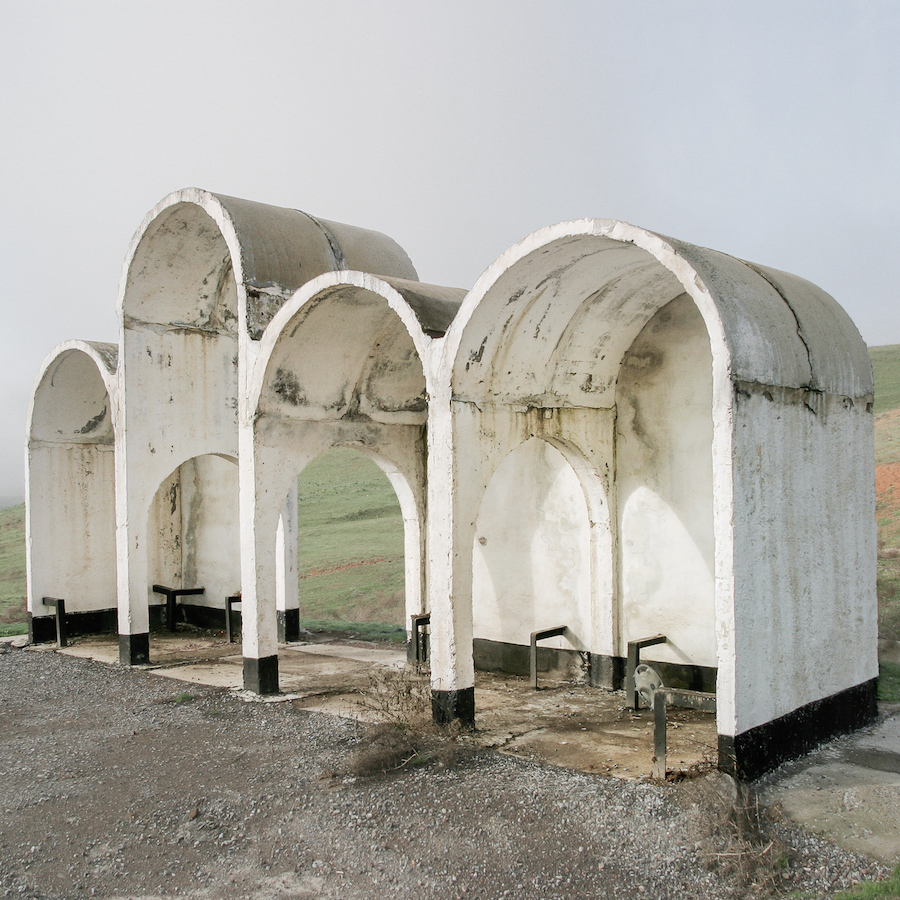 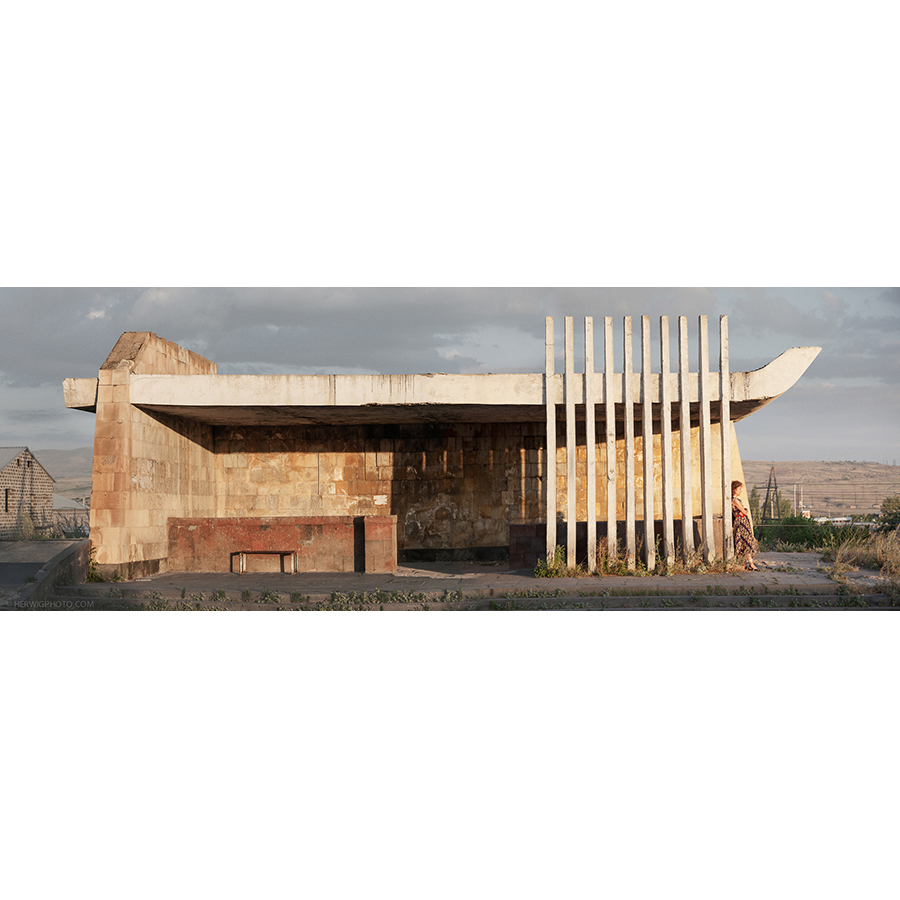 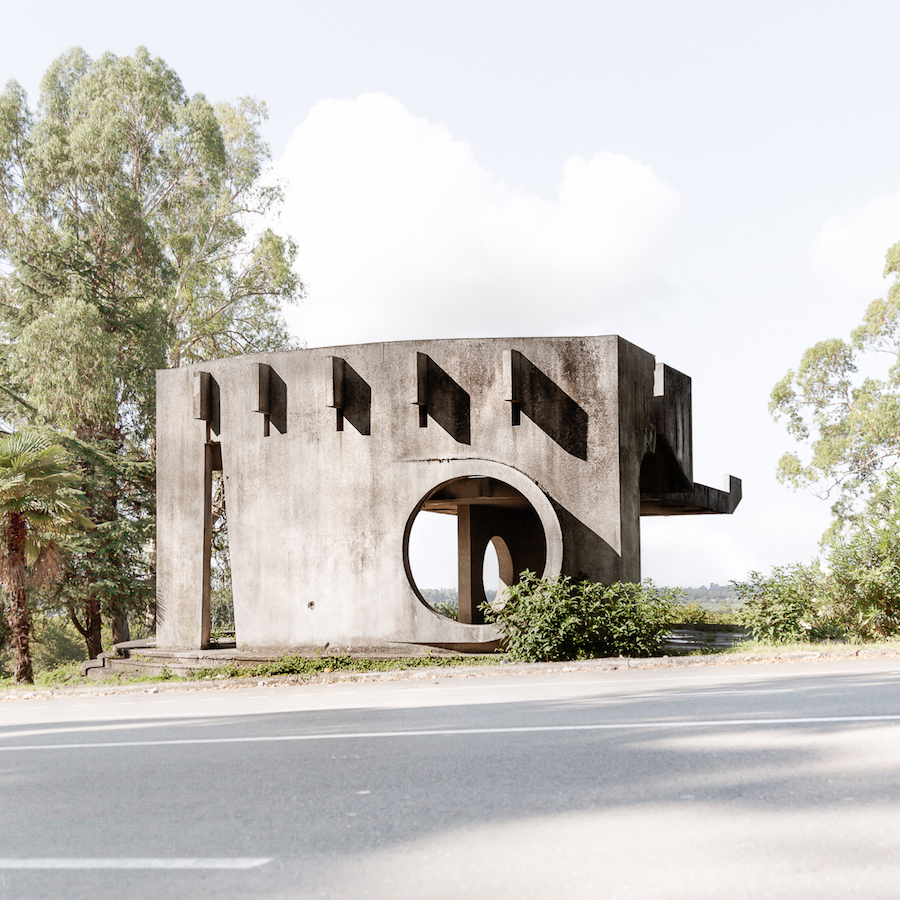 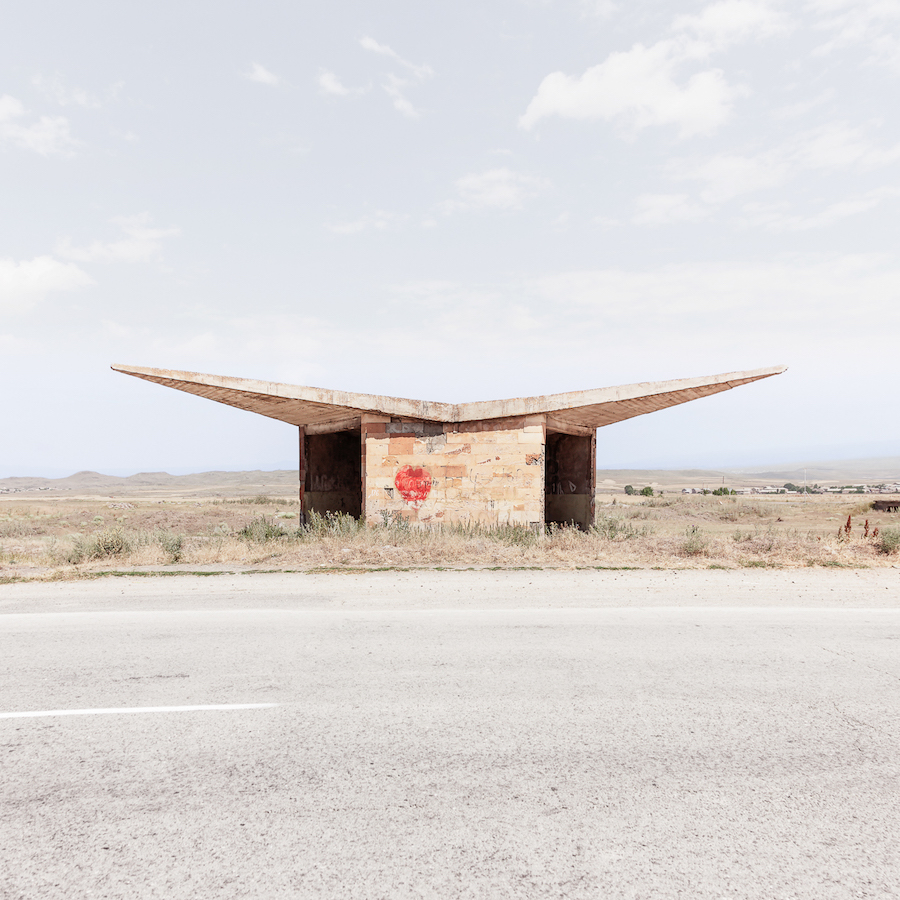 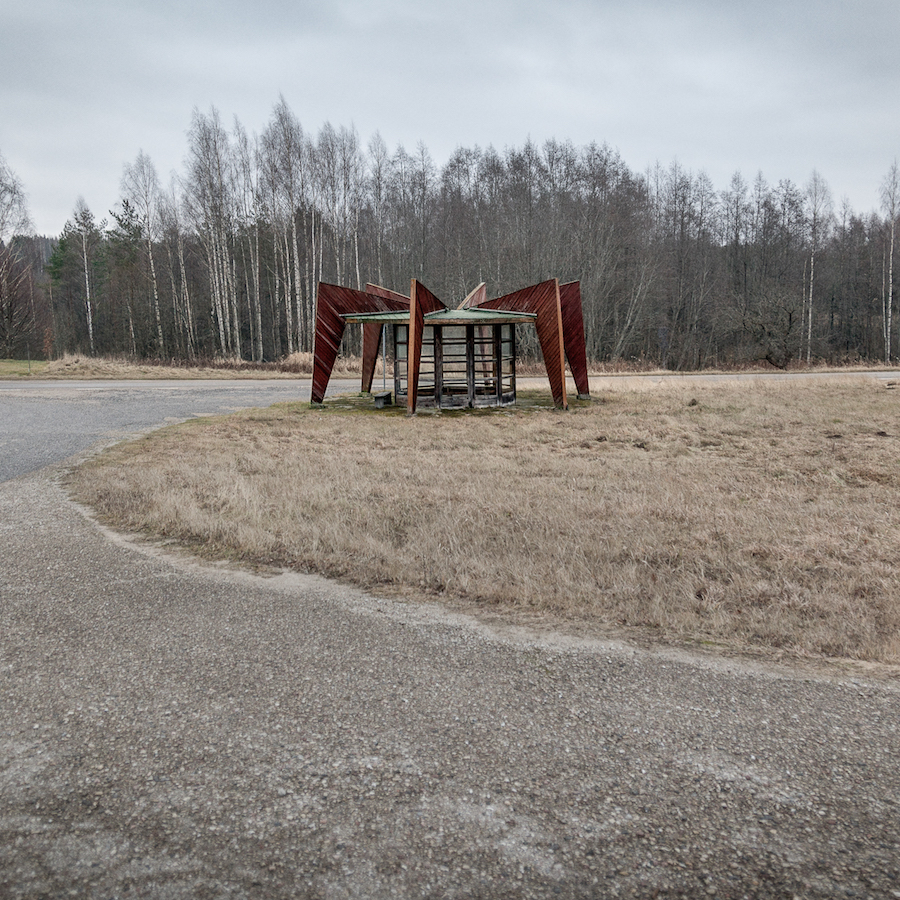 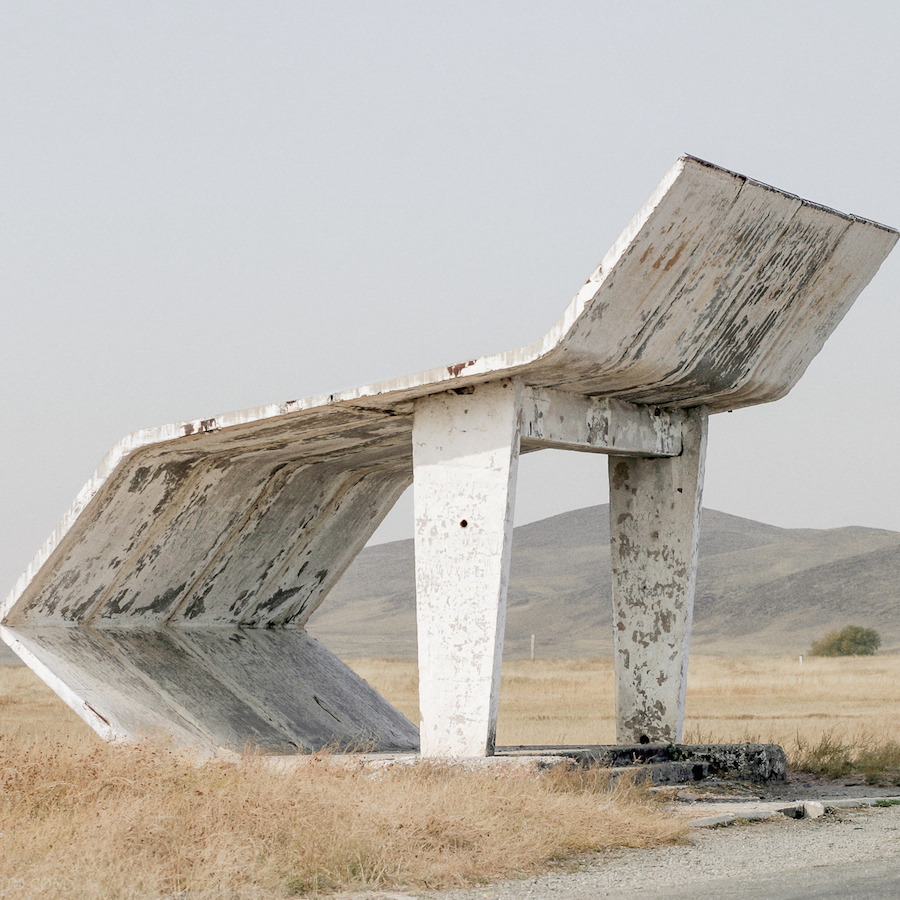 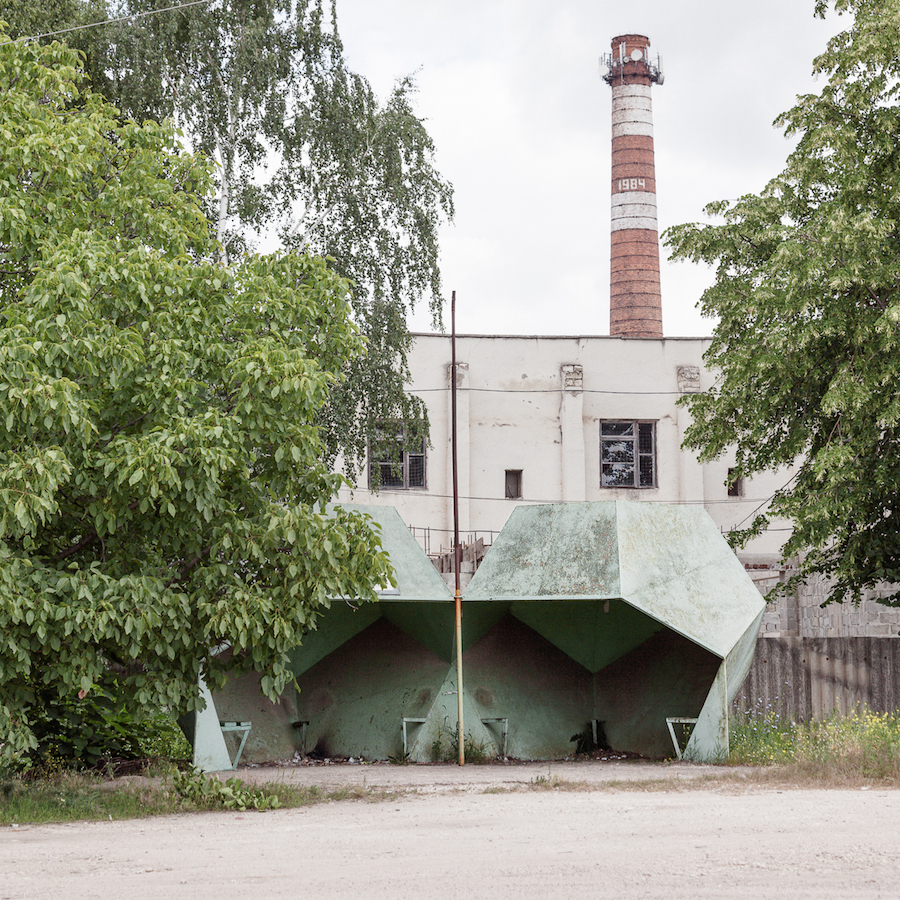 Pitsunda, Abkhazia on the road to the Black Sea.

Gagra in the disputed region of Abkhazia.

Pitsunda in the disputed region of Abkhazia.

The Kazakh steppe is an empty place. In every direction, flat expanse stretches out beyond the horizon. Gusts of wind howl across the landscape, covering travelers and their possessions in a light layer of dust. The steppe can be isolating. Much of life there is lived in small villages, cut off from the outside world, apart for one lifeline: a single, solitary bus stop.

But these are no ordinary bus stops. Scattered across the former Soviet Union, composed of daring designs and mesmerizing colors, the structures are works of art -- expressive exceptions to their surroundings, which, on the steppe at least, consist mainly of grass and goats.

The Soviet Union ascribed an outsized importance to public transportation. Buses, trains, and metro lines were a sign of progress; they were also a powerful symbol of connection and unity, as the Politburo worked to build a communist society throughout 15 ethnically diverse republics that covered a landmass stretching from the Baltic Sea to the shores of the Pacific. Perhaps the most famous legacy of this Soviet fixation on transport is the Moscow Metro system, with its glittering chandeliers and its elaborate murals depicting scenes of proletariat glory. But Moscow was dressed up in order to be shown off -- to serve as a demonstration of socialist power and might for visiting foreign dignitaries. Most citizens lived outside the capital, and for them, buses were the predominant means of transportation, accounting for nearly 44 percent of traffic throughout the country by the mid-1980s. What makes the extravagant, eye-catching nature of the common Soviet roadside bus stop all the more surprising is that these were often tucked away in hidden corners of the empire, far from the eyes of foreigners.

Soviet architecture is best known for its overpowering conformity and functionality: The term conjures up images of rows of low-slung buildings and mass-produced apartment blocks. These bus stops, however, were an unlikely outlet for creative expression. Local artists were given unprecedented freedom to experiment with design, color, and material. Many of the designs were commissioned at the local level, which allowed for artists and architects to reflect the character and history of their individual republics. What came about was thousands of unique creations, covering a range of shapes and sizes.

Artists still worked within the confines of Soviet art, employing communist imagery of peasants in wheat fields and relying on austere, minimalist structures. But the more flamboyant bus stops reimagined this aesthetic, twisting standard outlines and incorporating local elements into their design. For instance, a bus stop modeled after the Silk Road-era Arystan Bab mausoleum in Aralsk, Kazakhstan sports a minaret and crescent moon, while one in the Black Sea coastal town of Gagra takes the shape of a breaking wave, decorated with purple mosaic tiles.

Canadian photographer Christopher Herwig spent 12 years traveling across 13 countries documenting these forgotten works of art, journeying from Estonia to Belarus to Armenia to Kazakhstan to Kyrgyzstan. He documented bus stops in places both expected -- a countryside highway, a seaside town -- and unexpected: the middle of a desert or protruding out of empty grasslands. Unfortunately, the breakup of the Soviet Union has put these works of art in peril. Nearly 25 years of social and economic transition -- and in some cases war -- has left many of them in disrepair. Some have been patched up with whatever materials could be found, while others decay on the roadside. However, some communities have funneled resources into maintaining these Soviet relics, inviting in a new generation of artists to help preserve the bus stops in their original form.

Here, Foreign Policy has collected some of the most striking structures from Herwig’s collection. A new edition of Herwig’s photography, titled “Soviet Bus Stops” will be released on Sept. 15.

Reid Standish (@Reidstan) is assistant digital producer at Foreign Policy.
Christopher Herwig is a photojournalist currently based in Amman, Jordan.