Rebecca’s War Dog of the Week: Dyngo in D.C. on Pope Patrol

This week, Staff Sgt. Nofo Lilo and military dog Dyngo were in D.C. on a special detail — pope patrol.

This week, Staff Sgt. Nofo Lilo and military dog Dyngo were in D.C. on a special detail — pope patrol. The dog team’s home station is Luke Air Force Base in Glendale, AZ, but they were in town this week to secure the capital city while Pope Francis made his Washington, D.C. stop during his five-day tour in the United States. His trip here included a White House visit with the first family, a parade through downtown, and an address to Congress.

According to the Washington Post, the pope’s visit set off “the largest security operation in U.S. history.” This was in part inspired by the anticipation of enormous crowds coming to see the religious leader, but the paper also reported that “Intelligence agencies have been monitoring foreign and domestic terrorist threat levels.” In addition to which, “Rep. Michael McCaul (R-Tex.), chair of the House Homeland Security Committee, said publicly last weekend that the Secret Service had disrupted a plot related to the pope’s visit.”

So, it’s no surprise that part of this massive security detail would include our military dog teams, putting their bomb-detecting noses to task as well as acting as general visual deterrent. And though I wasn’t able to confirm an exact number of the dog teams participating in pope-related security in Washington earlier this week, the number was, according to one source, in the high double digits. 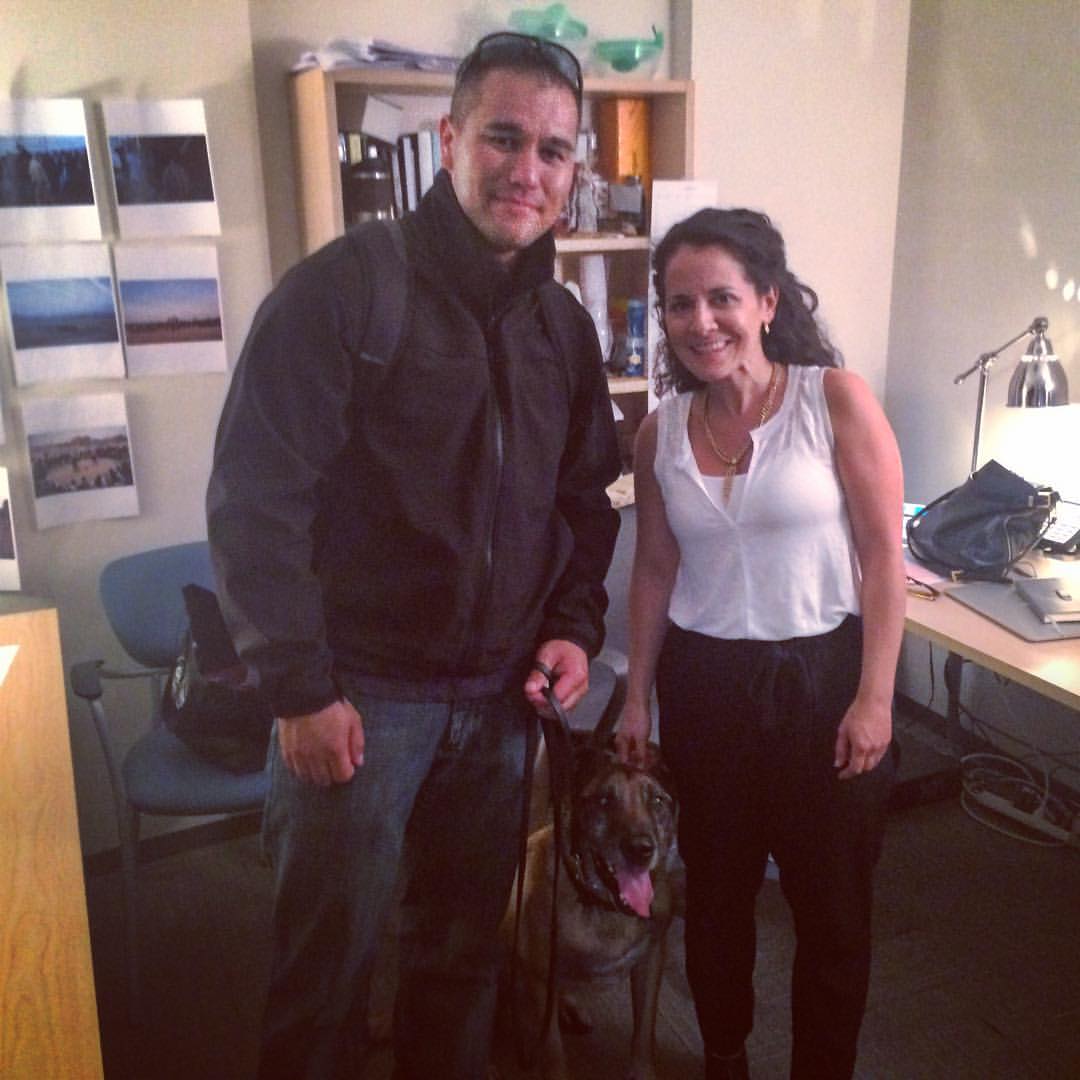 But the very best part was that Staff Sgt. Lilo and Dyngo made a surprise visit to the Foreign Policy office. I’ve had the pleasure of spending time with Dyngo on a number of occasions before and have written about his deployments in Afghanistan. (I write about handler Tech Sgt. Justin Kitts and Dyngo’s tour in Afghanistan in the book). And though Dyngo’s may have gone a little grey around the muzzle, his handler can confirm that he is still out performing the younger dogs at his kennel during training exercises; old age and five deployments to both Iraq and Afghanistan haven’t slowed this dog down at all. An abundance of energy I saw with my own eyes: If you bring out a chew toy, Dyngo is all puppy. 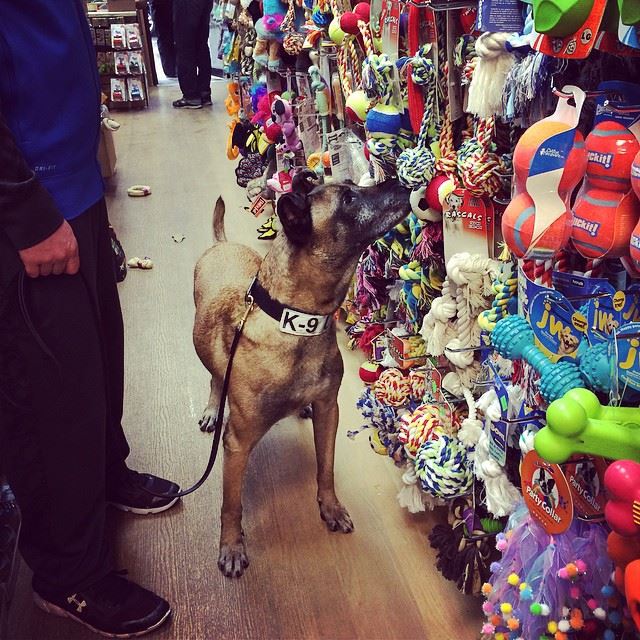 Dyngo with his former handler, Tech Sgt. Justin Kitts, at a pet store in New York, New York in December 2014.

Thomas E. Ricks covered the U.S. military from 1991 to 2008 for the Wall Street Journal and then the Washington Post. He can be reached at ricksblogcomment@gmail.com. Twitter: @tomricks1
View
Comments
Tags: Military, Pope Francis, Rebecca's War Dog of the Week

The Most Important Election. Ever.