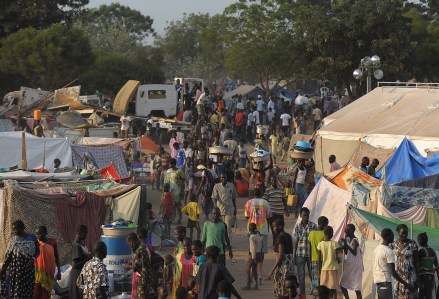 Tom Catena is the only surgeon for thousands of square miles in Southern Sudan. His hospital, and his life, are constantly under threat. There is no end to the carnage he must treat. He refuses to leave.

Necessities at other hospitals are luxuries at Mother of Mercy, where almost everything—towels, instruments, medicines, uniforms, bed frames, pencils—must be flown on cargo planes from Kenya to the refugee camp in Yida and then driven to the hospital in cargo trucks. (The roof was brought in piece-by-piece from Italy over the course of a year.) The drive can take several hours or several days, depending on the state of the roads and the whims of the Antonov pilots. Other things the staff improvises. 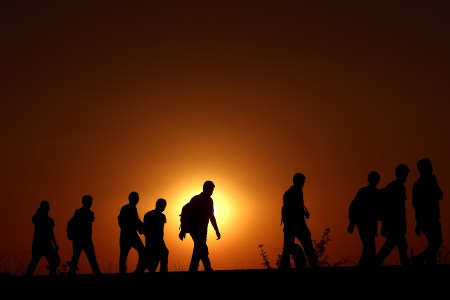 He took the metro to Aksaray, a neighborhood on the European side of the city, which was recently described, in a Canadian Broadcasting Corporation report, as Istanbul’s “human-smuggling hub.” He had learned about a hostel there by reading posts on the page of a private Facebook group called Asylum and Immigration Without Smugglers. It functioned rather like TripAdvisor: members, many of them Syrian refugees, shared candid information about refugee-friendly hostels, untrustworthy smugglers, and the latest sea conditions.

The impact of social media on the Syrian refugee crisis has been profound. In a 2012 paper, Rianne Dekker and Godfried Engbersen, professors at Erasmus University, in Rotterdam, write that social media has not only helped in “lowering the threshold for migration,” by allowing people to remain connected with distant family members; it has also democratized the process, by facilitating “a form of silent resistance against restrictive immigration regimes.” 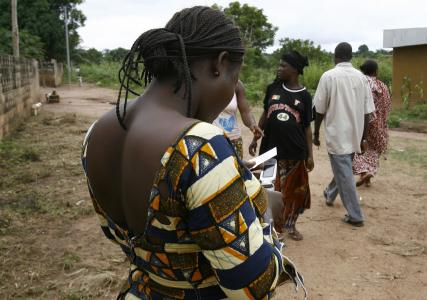 Women, sex, and the Arab Spring.

I tried a different tack. “You’re saying he forced you to have sex with him?” She nodded, sipping her coffee. Then she shook her head. “No,” she said, “we were friends.” I offered her a cigarette. She got a phone call and started arguing with the person on the other end. Then she started crying. She was saying, “I want to live in Spain, Mama. I don’t want to live in Morocco anymore.”

I noticed that her fingernails had been chewed to nubs and that she had a bruise on her right knee. It was unusual that I could see her knees at all. Indeed, in that first half hour with Meriem, I could almost forget that we were in Morocco and that she wasn’t “good” by Moroccan standards. She was smoking one of my cigarettes; she wasn’t wearing a headscarf; she was exposing her legs. Walking over to my house, she hadn’t even covered her outfit with a djellaba, the traditional hooded cloak. 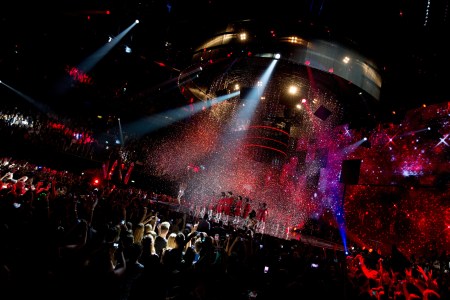 He created the template for contemporary hit-making. He made Ace of Base the biggest group in the world. And he mentored the most successful songwriter since the Beatles. Why have you never heard of Denniz Pop?

Lundin says, “Denniz was an arrangement genius.” He adds, “like Steve Jobs, he knew what to take out. ‘You can get rid of that, that. Keep it simple.’ ” As Denniz put it, “A great pop song should be interesting, in some way. That means that certain people will hate it immediately and certain people will love it, but only as long as it isn’t boring and meaningless. Then it’s not a pop song any longer; then it’s something else. It’s just music.” 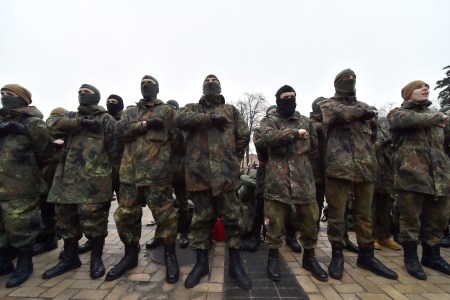 “They Came to Fight for Ukraine. Now They’re Stuck in No Man’s Land.” by Maria Antonova, Foreign Policy

When separatists started a war in eastern Ukraine, hundreds of Russians, Belarusians, and other foreigners came to Kiev’s defense. Now they’ve been abandoned.

Filippov, a self-described Buddhist with a short, dry cackle for a laugh, went through naval academy in the Russian Far East and served in the Naval Infantry and later the SOBR, the special forces unit of the Russian Interior Ministry used in hostage operations and against organized crime. He said he was apolitical before the Ukraine conflict, but started following social media accounts of right-wing battalions as he became turned off by Russian state media coverage.

“I thought, ‘What sort of nonsense is this?’” he said of the made-up stories on Russian state television, which, among other outlandish claims, accused the Ukrainian army of crucifying children. When he began to argue about the war in Ukraine, his friends accused him of being “for the Americans” and turned away from him, he said. “Finally, my girlfriend said, ‘Why don’t you go ahead and fight for these fascists?’”

Protests Erupt Across the United States