A knockoff KFC was shut down this week in Tehran. Now, the American brand wants to take legal action against the Iranian shopkeeper.

Iranians looking forward to buckets of Kentucky Fried Chicken’s “finger lickin’ good” buttery biscuits and deep-fried halal hens will be disappointed to know the wait is not yet over.

On Tuesday, KFC Halal, a knockoff version of the American chain, was shut down shortly after it opened in Tehran. Its manager, Abbas Pazuki, claimed the joint was shuttered because Iranian police thought it was the American original.

“The shutting down of KFC Halal was due to a misunderstanding,” Pazuki told Tasnim News Agency.

Iranians looking forward to buckets of Kentucky Fried Chicken’s “finger lickin’ good” buttery biscuits and deep-fried halal hens will be disappointed to know the wait is not yet over.

On Tuesday, KFC Halal, a knockoff version of the American chain, was shut down shortly after it opened in Tehran. Its manager, Abbas Pazuki, claimed the joint was shuttered because Iranian police thought it was the American original.

“The shutting down of KFC Halal was due to a misunderstanding,” Pazuki told Tasnim News Agency.

He said the Tehran restaurant has no relation to the American company, which, like other Western brands, is banned in Iran. “We are part of a brand known as KFC Halal, which comes from Turkey,” Pazuki said. “It belongs to Muslims, and its target market is Muslim nations.”

But even if that is the case, the original KFC isn’t amused. The iconic American fast food chain doesn’t want Iranian entrepreneurs to open their own versions of the restaurant — even in a market that is entirely off-limits to the U.S. company. KFC spokeswoman Laurie Schalow said no franchise rights have been granted to business owners in Iran.

“We are shocked with the news that an illegitimate KFC outlet has opened in Tehran, Iran,” she told Foreign Policy in an email Tuesday. “We are in contact with local authorities and external advisers and will be filing a legal action against any company or individuals claiming to have rights to open [a] KFC.”

How exactly KFC plans to pursue such a case in an Iranian court remains unclear, and the company did not immediately reply to follow-up questions from FP about how realistic that would be.

Meanwhile, Iranian police said the restaurant was not shut down because authorities thought it was American but because it was operating without a permit. Still, some Iranian news sites speculated that the restaurant’s American-style decor may have prompted the police investigation.

It could be a sign that Iranian authorities continue to harbor deep suspicions about the United States and its culture, despite the slowly thawing diplomacy between Washington and Tehran.

Even so, Iran’s supreme leader himself, Ayatollah Ali Khamenei, on Tuesday sought to lighten decades of harsh rhetoric against the United States, saying the controversial “Death to America” chants were aimed at Washington’s policies — not the American people themselves. The chants became popular in 1979, the year Iranian revolutionaries overran the U.S. Embassy in Tehran and held hostage 52 American diplomats and citizens for 444 days. Wednesday marks the 36-year anniversary of that attack.

“Obviously by ‘Death to America,’ we don’t mean death to the American people,” Khamenei told a group of students in Iran. “The American nation is just like the rest of the nations. It … means death to U.S. policies and its arrogance.”

The slowly improving relationship isn’t limited to the political sphere. Representatives from major companies in the oil, gas, automotive, and aviation industries, for example, flocked to Iran this year to lay groundwork for opening trade and investment once economic sanctions are lifted.

But apparently fast food chains will remain under the purview of Iran’s old rules — for now at least.

Ali Fazeli, who heads Iran’s chamber of commerce, said American brands like KFC are still outlawed there. “In accordance with orders from the supreme leader, we do not give any authorization to Western brands,” he said Tuesday.

KFC did not answer questions about whether it plans to open its own restaurants in Iran. A number of KFC locations in the United Kingdom began serving halal meat after customers requested an updated menu. “You will find that our food is just as tasty and finger lickin’ good as it has always been!” the halal section of the company’s website says.

For now, KFC might be too busy worrying about how to protect its copyright from the Iranian shop. So long as KFC Halal distinguishes itself even slightly from the original KFC, the Iranian version might get away with it.

There’s precedent: In downtown Rabat, Morocco, there is a sandwich shop called Sandway, which mimics the American chain Subway down to its foot-long baguettes and green-and-yellow decor. Somewhat more confusingly, there is also a burger joint called Faceburger, whose logo, with its blue font and white background, is meant to mimic Facebook’s. 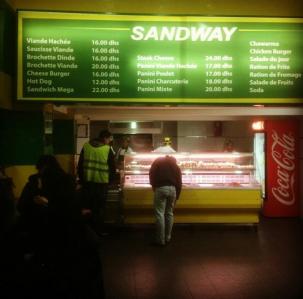 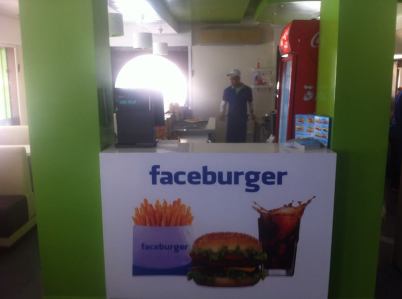 If Starbucks ever wanted to open in the Palestinian territories, it might find itself competing with the popular Stars & Bucks in Ramallah. The coffee shop’s green and white circular logo is, unsurprisingly, just about as close to the original Starbucks logo as it could get. 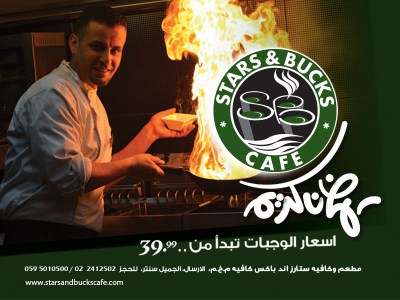 And if Pizza Hut planned to branch out in Baghdad, it would have to live up to Pizza Hat — which, to be fair, is a name that makes more sense for the American pizza chain’s logo, which looks a lot more like a hat than a hut. 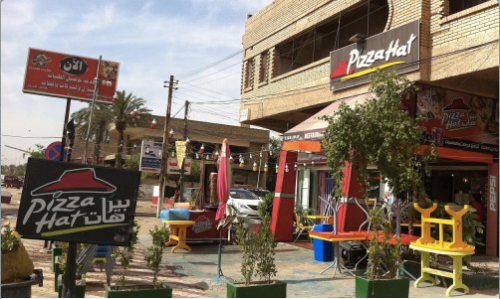