"The Russian reenactors wearing armour to 'feel free'" by Roland Oliphant, The Telegraph 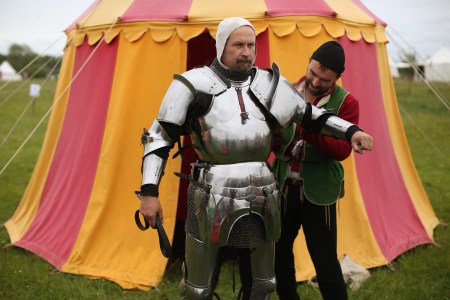 “The Russian reenactors wearing armour to ‘feel free’” by Roland Oliphant, The Telegraph

The Mongol’s arrows are not tipped with steel, the swords are carefully blunted to conform with Russian offensive weapons law, and everyone understands that hitting someone on the head is not only banned, but a grave breach of etiquette.

On Kulikovo Field, 150 miles south of Moscow, these Russians are reviving the events of September 1380, when a motley alliance of Russian principalities led by Dmitry Donskoi, prince of Moscow, defeated a powerful Mongol-Tatar army twice their size. 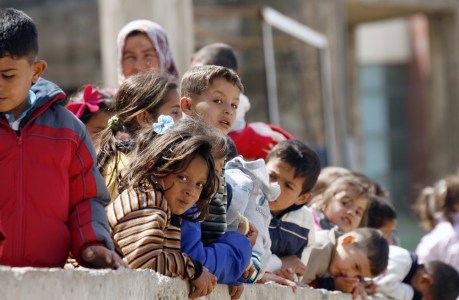 At 12, she has lived one-quarter of her life in a debilitating state of suspension as a Syrian refugee in Lebanon.

Picking plums was not easy work, either. Hana found it tiring, making her way up the tree and then stretching and straining to reach some far branch, and then scrambling down so that she could look up and see what fruit she had missed. Down, up, down, up, down, up. Climbing trees was fun, but not 30 times a day in searing heat, with that Lebanese woman, that mean old maid, yelling at her every time she slowed down. Yalla, yalla, yalla! Let’s go, let’s go, let’s go! Sometimes girls saw black, fainted and were carried, limp, into a van and then driven to a nearby clinic. Thank God, Hana thought, never her. 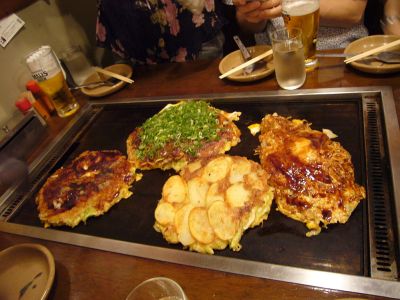 “The Second Most Famous Thing to Happen to Hiroshima” by Matt Goulding, Roads & Kingdoms

How a Guatemalan cook ended up the master of okonomiyaki.

Why not open an okonomiyaki shop? Let’s consider the reasons: Because Lopez was born seven thousand miles away, in one of the roughest cities on the planet. Because he didn’t look Japanese, speak Japanese, or cook Japanese. Because okonomiyaki isn’t just a pile of cabbage and noodles and pork belly, but a hallowed food in Hiroshima, stacked with layers and layers of history and culture that he couldn’t pretend to be a part of. Because even though they might accept an Italian cooking pasta and a Frenchman baking baguettes, they would never accept a Guatemalan making okonomiyaki. 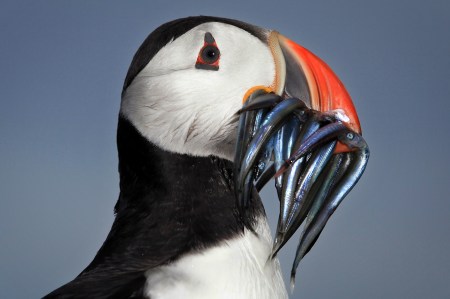 “The Burning Man of Birding: Inside Iceland’s Puffin Festival” by Brian Kevin, Audobon

For decades Icelanders have celebrated the Atlantic Puffin even while they’ve served it up on plates. But some traditions can’t last forever.

Let’s just get this out of the way: No, it does not taste like chicken. Soaked in salt water, smoked with wood chips and dried sheep dung, then boiled for two hours in a sweet malt beverage before being refrigerated and finally served, bone-in and cold, alongside a packet of butter, smoked puffin tastes briny and a bit fishy and musky-sweet in the manner of mesquite barbecue. In life, an Atlantic Puffin stands just 10 inches tall, its wings stubby and narrow; when its tiny torso is served in a paper tray, it’s difficult even to recognize as having belonged to a bird. It looks vaguely insectoid, its wings all but meatless, thin bones curving out like antennae. The breast meat is a deep mahogany and pulls apart fibrous-but-tender, like the flesh of a medium-ripe peach. 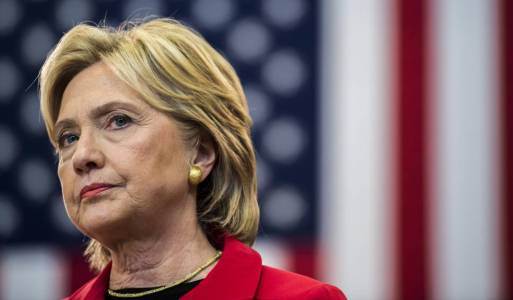 For four years she was Obama’s loyal secretary of state. Her critics call her an interventionist, her admirers tough-minded. What kind of president will she be?

A President Hillary Clinton would almost certainly be more confident about the utility of force than President Obama has been (or a President Biden would have been). She was the most enthusiastic of all of Obama’s senior civilian advisors about the counterinsurgency plan his generals proposed for Afghanistan in 2009; she helped persuade a very reluctant commander in chief to bomb Libya to prevent atrocities there. Clinton is a Cold War-era patriot who believes unambiguously that America is a force for good in the world. At the same time, it’s clear from conversations I had this summer with most of her senior staff members, as well as White House officials and outside advisors, that Clinton is a cautious figure who distrusts grandiose rhetorical formulations, is deeply grounded in the harsh realities of politics, and prefers small steps to large ones. Her belief in the use of American power has less to do with the humanitarian impulse to prevent injustice abroad than with the belief that only coercion works with refractory nations and leaders.

NEW FOR SUBSCRIBERS: Want to read more on this topic or region? Click + to receive email alerts when new stories are published on Russia, Japan