At the Vatican, All Creatures Great and Small

All things bright and beautiful, the Vatican displayed them all during a St. Peter's Square light show to start the Catholic Jubilee.

Tuesday marked the start of the Jubilee Year of Mercy, an effort by Pope Francis to broaden the Roman Catholic Church’s global reach by espousing love and forgiveness instead of judgment. An estimated 50,000 people turned out for Mass at St. Peter’s Basilica in Rome, where Francis opened the Vatican’s Holy Door and invited pilgrims to pass through as part of gaining indulgence from sins — essentially, by knocking off time spent in purgatory after death.

Francis already has decreed that all priests during the Jubilee Year — and not just senior church officials — may forgive women who have had abortions, a sin for which Catholic doctrine demands excommunication. He also has sought to make annulments easier for divorced Catholics and has suggested that priests may one day be allowed to marry. These revolutionary reforms are typical of Francis’s papacy since he was elected in 2013 and have led some American critics — mostly Republicans — to question whether he is liberalizing the church.

But no one cause may be dearer to Francis than that of protecting the environment, a topic to which he devoted a May encyclical titled, “On Care for Our Common Home.” And so, at the close of Tuesday’s ceremonies in St. Peter’s Square, the Vatican hosted an hour-long light show upon the basilica facade.

Lions roared, roses bloomed, and the moon rose in a dramatic time-lapse montage of nature’s beauty. 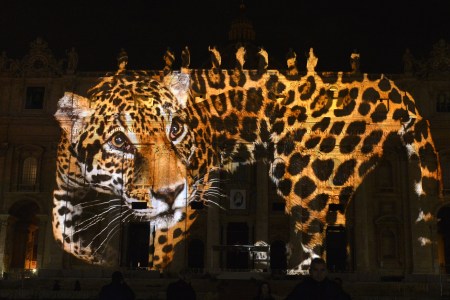 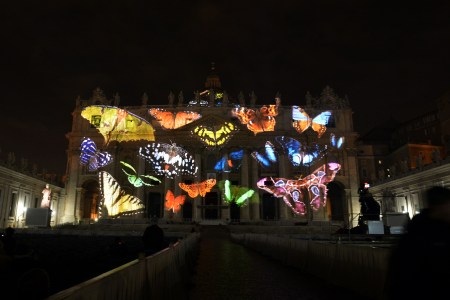 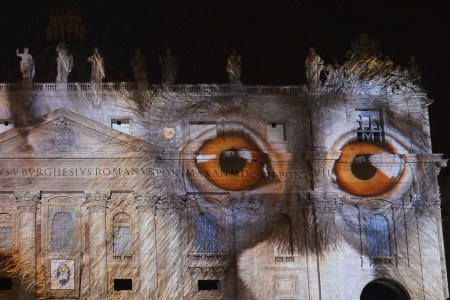 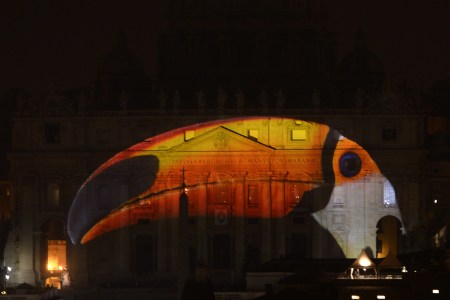 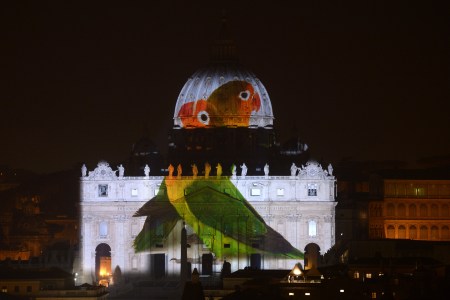 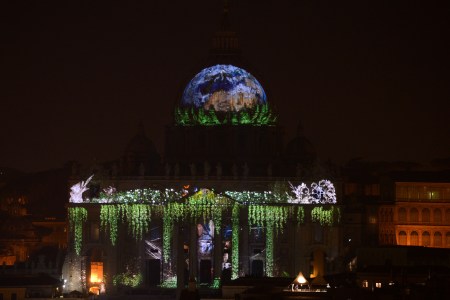 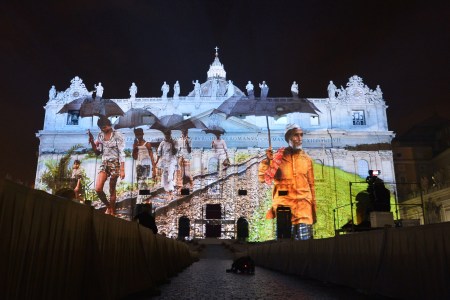 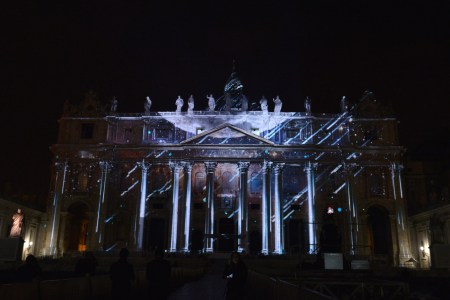 Check this video out for a Vatican replay of the entire light show. We especially liked the flying doves around the 16:50 minute mark and the bees and hummingbirds at 57:50. Swimming fish, ripening berries, and even what looked like a praying mantis — get it? — also made for dramatic pictures splashed across the front of the Vatican. The grand finale, of heavenly clouds and shooting stars against a rising moon, is not to be missed, starting at about 1:10:10.