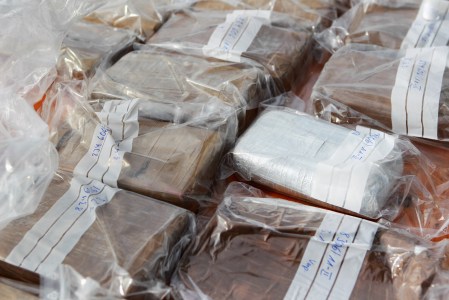 HAMBURG, GERMANY - MARCH 07: Packages containing confiscated cocaine are seen at a press conference on March 4, 2012 in Hamburg, Germany. Agents seized 260 kg of cocaine aboard the 'Tasman Mermaid', a ship that originated from Ecuador, after searching the vessel upon its arrival in Hamburg port in November, 2011. (Photo by Joern Pollex/Getty Images)

The DEA warns that drugs are funding terror. An examination of cases raises questions about whether the agency is stopping threats or staging them.

The DEA strongly defends the effectiveness of such sting operations, claiming that they are a useful way to identify criminals who pose a threat to the United States before they act. Lou Milione, a senior oﬃcial at the agency, told me, “One of the things the DEA is kind of in the business of is almost all of our investigations are proactive.” But Russell Hanks, a former senior American diplomat, who got a ﬁrsthand look at some of the DEA’s narco-­terrorism targets during the time he served in West Africa, told me, “The DEA provided everything these men needed to commit a crime, then said, ‘Wow, look what they did.’” He added, “This wasn’t terrorism — this was the manipulation of weak-minded people, in weak countries, in order to pad arrest records.” 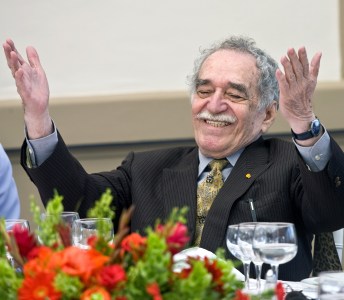 (FILE) Colombian writer Gabriel Garcia Marquez gestures during a celebration for Mexican writer Carlos Fuentes' 80th birthday in Mexico City, on November 17, 2008. The octogenarian writer Garcia Marquez will release next October 29 a new book called "Yo no vengo a decir un discurso" (I am not here to deliver a speech), which collects together 22 texts written to be read in public. AFP PHOTO/Ronaldo SCHEMIDT (Photo credit should read Ronaldo Schemidt/AFP/Getty Images)

“The Secret History of One Hundred Years of Solitude” by Paul Elie, Vanity Fair

Signed up for $5,000 on the basis of a “piece of shit” contract, the book would sell 50 million copies worldwide, becoming a year-in-year-out fixture on the backlist. Gregory Rabassa watched with mingled pride and unease as his work—paid for in a lump sum “of about a thousand dollars,” like the work of a gardener “spreading manure on a suburban lawn”—became at once the most acclaimed novel in translation and the most popular. García Márquez himself read One Hundred Years of Solitude in the Harper & Row edition and pronounced it better than his Spanish original. He called Rabassa “the best Latin American writer in the English language.” 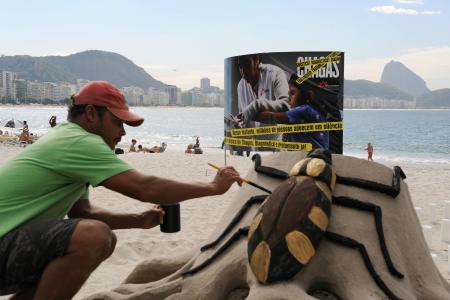 A beach artist gives the final touches to a sand sculpture of the Chagas disease's vector, the 'assassin bug' ('barbeiro' in Portuguese), during a demonstration July 9, 2009 at Copacabana Beach, Rio de Janeiro, Brazil, commemorating the 100th anniversary of the discovery of the disease. The International organization Medecins Sans Frontieres and Brazil's 'Iniciativa Medicamentos Para Doencas Negligenciadas' and Fiocruz are trying to raise the people's consciousness about the danger of the disease also in cities as New York, Barcelona and Geneve. AFP PHOTO/VANDERLEI ALMEIDA (Photo credit should read VANDERLEI ALMEIDA/AFP/Getty Images)

“The kissing bug disease and the woman who would stop it” by Jean Friedman-Rudovsky, Al Jazeera America

Maria Teresa Segundo remembers thinking the deaths were normal. Her grandparents and older neighbors would suddenly see swelling in their knees or wrists. They’d be very tired. And then, one day, they’d be gone.

“We thought it was just age,” says the 50-year-old woman from the Guarani ethnic group, who has the loose skin and shrinking body of someone decades older. Then, in the 1990s, the Bolivian government began reaching out to communities to explain that the deaths were being caused by a disease called Chagas, which is transmitted by a bug called the vinchuca. This pest, known in the U.S. as the “kissing bug,” lives in the walls of mud huts in the eastern Bolivian region known as the Chaco and elsewhere. The beetlelike insect feeds off of the blood of animals and people. 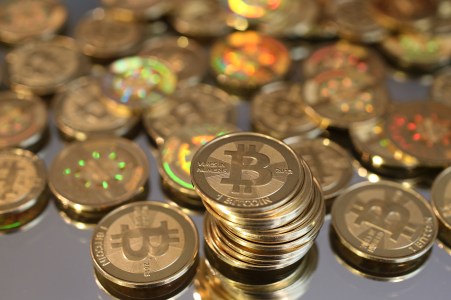 SALT LAKE CITY, UT - APRIL 26: A pile of Bitcoins are shown here after Software engineer Mike Caldwell minted them in his shop on April 26, 2013 in Sandy, Utah. Bitcoin is an experimental digital currency used over the Internet that is gaining in popularity worldwide. (Photo by George Frey/Getty Images)

“This Australian Says He and His Dead Friend Invented Bitcoin” by Sam Biddle and Andy Cush, Gizmodo

Uncovering the true identity of Satoshi Nakamoto, the pseudonymous creator of Bitcoin.

Writing about Satoshi Nakamoto, the Bitcoin originator’s pseudonym, is a treacherous exercise. Publications like the New York Times, Fast Company, and theNew Yorker have taken unsuccessful stabs at Satoshi’s identity. In every instance, the evidence either hasn’t added up or those implicated have issued public denials. And then there was Newsweek, whose 2014 story “The Face Behind Bitcoin” is easily the most disastrous attempt at revealing the identity of Satoshi. The magazine identified a modest California engineer, whose birth name was Satoshi Nakamoto but who went by Dorian, as the creator of Bitcoin. The story resulted in a worldwide media frenzy, a car chase, and—after Dorian’s repeated denials and legal threats—a great deal of embarrassment for Newsweek. 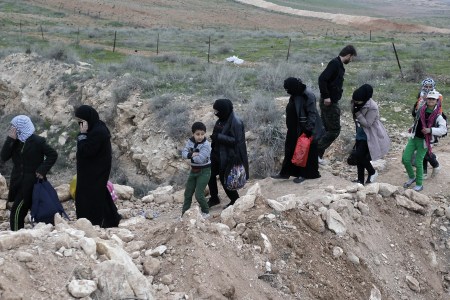 Syrian refugees fleeing violence in their country cross into Jordanian territory, near Mafraq, on the border with Syria, on February 18, 2013. Jordan says it is hosting around 350 Syrian refugees, including more than 90,000 at Zaatari desert refugee camp, near the border with Syria. The country provides free health and education services for more than 200,000 UN-registered Syrian refugees, according to officials. AFP PHOTO/KHALIL MAZRAAWI (Photo credit should read KHALIL MAZRAAWI/AFP/Getty Images)

“The Syrians Stuck in No Man’s Land” by Sara Elizabeth Williams, Foreign Policy

Twelve thousand refugees are battling disease and exhaustion in a barren stretch of desert along the Jordanian-Syrian border.

Illnesses have spread like wildfire. Scabies and dysentery have been documented by the NGOs that are granted access to the area, and in a statement on the crisis, officials from UNHCR noted that women have given birth at the berms, in squalid and unhygienic conditions. The assistance reaching the refugees is minimal: NGOs provide one meal a day, some nappies, and medication, which is delivered by the Jordanian armed forces that manage access to the area.

People have also died — a least 10 in the last several months. Some were older people dying of illnesses or heart defects, but at least a handful have been children.