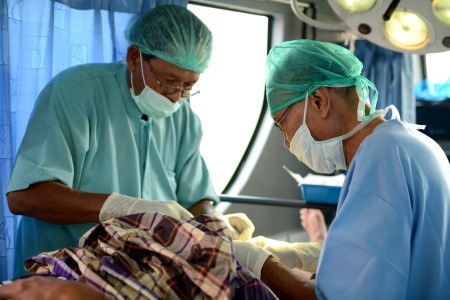 Doctors perform a vasectomy on a Balinese man in Gianyar on Bali island on November 13, 2015. Thousands of men around the world are to be sterilised Friday in what organisers have dubbed a global "vasectomy-athon", to encourage men to take a bigger role in family planning. AFP PHOTO / SONNY TUMBELAKA (Photo credit should read SONNY TUMBELAKA/AFP/Getty Images)

The organizers of World Vasectomy Day want to educate the world about the values of voluntary male sterilization, one incision at a time.

I spoke to Jonathan Stack, co-founder of World Vasectomy Day, while he was in Bali making preparations for World Vasectomy Day 2015, part of a larger tour of south Asia that includes Bangladesh and India which he referred to as “a global scrotal adventure.” In New York, there was a World Vasectomy Day event that took place at a bar where vasectomies from Florida were live-streamed. 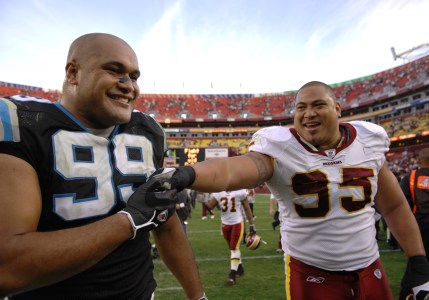 How does a tiny island, 5,000 miles from the U.S. mainland, produce so many professional football players?

As the sun sets over their practice field, a patchwork of dirt and forlorn grass strewn with rocks and coral, the Warriors of Tafuna High School sit cross-legged in tidy rows. It is Friday evening in Samoa. The third game of the season is scheduled for 10 tomorrow morning. The boys are sweaty and bloodied, their helmets placed on the ground uniformly before them like battered war drums. Forty sets of eyes shine attentively. Some wear maroon-and-white jerseys, the school’s colors. Others wear blue-and-white jerseys. Much of the equipment has been donated by local boosters and former NFL players and coaches. A number wear white Nike cleats given out for free this past summer at the annual football and volleyball clinic put on by former Pittsburgh Steelers great Troy Polamalu, an ethnic Samoan with strong ties to the island, who was raised in Southern California. 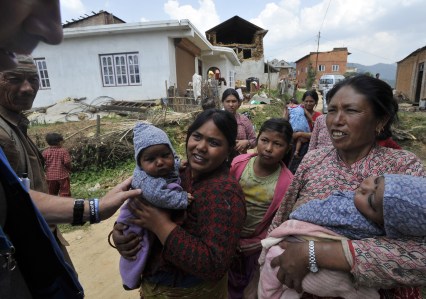 Nepalese residents bring their children to a UNICEF field clinic providing vaccinations at Kot Danda in Lalitpur in the Kathmandu Valley on May 6, 2015, following a 7.8 magnitude earthquake which struck the Himalayan nation on April 25. Emergency vaccinations are being given to thousands of children who survived the quake to save them from a potential outbreak of deadly diseases that could sweep through squalid tent cities where scores of families are living without proper shelter or sanitation. AFP PHOTO / PRAKASH MATHEMA (Photo credit should read PRAKASH MATHEMA/AFP/Getty Images)

The abbot welcomed the Nomads Clinic into the temple, and locals asked the doctor and the nurses to treat wounds, address pains, listen to stories. The first evening, a horseman brought in a comrade, who was too sick to walk. “He was such a beautiful man, and he was almost dead when I first saw him,” the doctor, who diagnosed a severe kidney infection and treated him with antibiotics, said. The man, who was in his early forties, had a drawn, sun-darkened face, a faint mustache, the high cheekbones of most of the Nepalis in the region, and a thick coil of crimson strands of wool around his braided black hair. He wore camo-patterned tennis shoes. The next day, he was back on his feet, lingering outside the monastery to make contact with the doctor and the nurses coming from meditation inside. 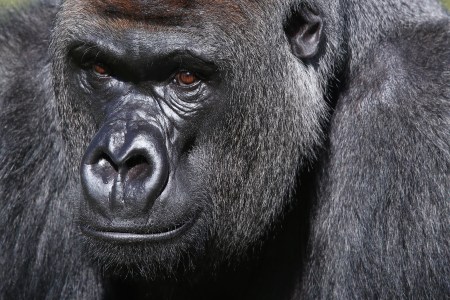 LONDON, ENGLAND - MAY 02: Kumbuka, a 15-year-old western lowland gorilla, explores his new enclosure in ZSL London Zoo on May 2, 2013 in London, England. The silverback male, who weights 185 kg and stands seven foot tall, moved from Paignton Zoo two weeks ago. It is hoped that Kumbuka will mate with the zoo's three female gorillas to increase numbers of the critically endangered species as part of the European breeding programme. (Photo by Oli Scarff/Getty Images)

“In Danger” by Anna Krien, The Monthly

The strange life and tragic death of a gorilla named Julia.

They drove to a parking lot in Diest where journalist Jan Bonjer (Ineke’s real husband) and his photographer were waiting. Months of stealth and investigation had finally paid off. Sitting on Ineke’s lap, the baby gorilla was gazing out the window, its leathery hands curled and settled like fallen leaves. For a little while, the gorilla pinched and nipped at Ineke, but by the time they drove over the border into the Netherlands later that day, she had snuggled in tight, and fallen asleep. She was named Julia. 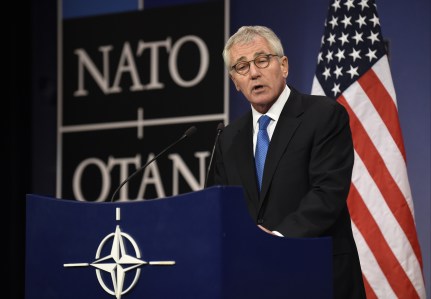 US Defence minister Chuck Hagel gives a press conference during a defence ministers meeting at the NATO headquarters in Brussels on February 5, 2015. NATO was set to agree a major boost to its defences including six bases in eastern Europe and a spearhead force of 5,000 troops in response to what it called Russian aggression in Ukraine. AFP PHOTO/JOHN THYS (Photo credit should read JOHN THYS/AFP/Getty Images)

In an exclusive interview, Chuck Hagel said the Obama administration micromanaged the Pentagon, stabbed him in the back on the way out — and still has no strategy for fixing Syria.

Even before he started the job, Hagel had been crippled by a bruising and unusually partisan Senate confirmation hearing in which many of his former Republican colleagues denounced him as unfit for office, painting him as hostile to Israel and weak on Iran.

A few Republicans had warned him in advance that they would have to “rough him up” at the hearing because of their dissatisfaction with the president, Hagel said. And conservative websites had painted him as “anti-Semitic” before the hearing began.

NEW FOR SUBSCRIBERS: Want to read more on this topic or region? Click + to receive email alerts when new stories are published on United States, Australia