Here's what the region's geopolitical and sectarian divides look like.

Riyadh and its Sunni allies in Bahrain and Sudan have cut diplomatic ties with Tehran; the United Arab Emirates downgraded its relations with the Iranian government; and Kuwait brought home its ambassador. And Iran’s proxy militias in Iraq and Lebanon have vowed to retaliate against Saudi Arabia over the cleric’s death.

The map below, created by French cartographer Emmanuel Pène for the Maghreb and Orient Courier, illustrates Iranian and Saudi regional alliances and how the two countries could use the Middle East’s sectarian divisions to their advantage. Click on the map for an enlarged view. 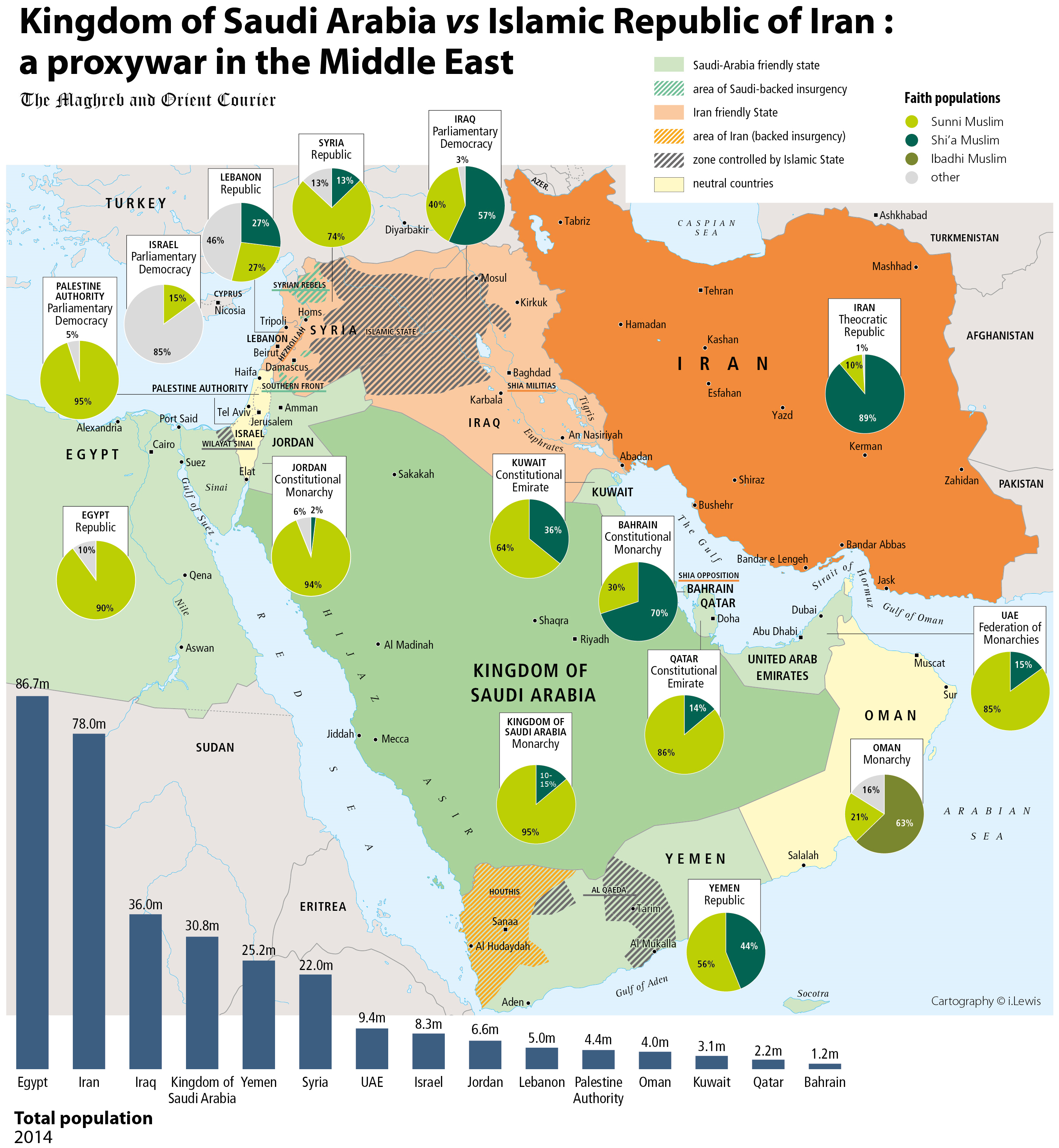