As their land disappears into the sea, villagers in the Bay of Bengal struggle to keep their livelihoods. 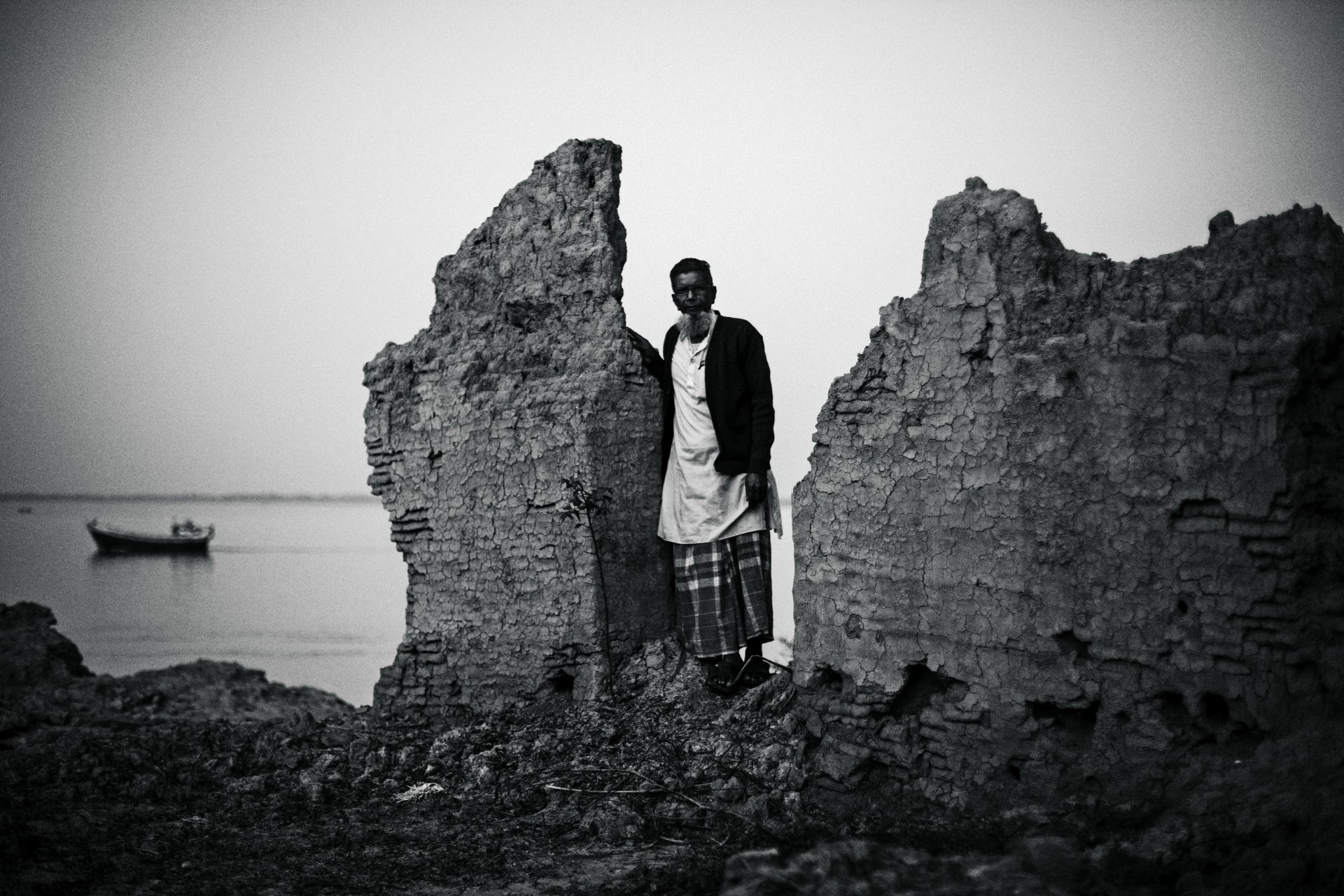 A vicious storm surge, powered by monsoon winds, brought several feet of brackish water crashing through Sk Aptauddin’s coastal home in the fall of 2014. The simple concrete shelter where Aptauddin lived with his family on Ghoramara island, 90 miles south of the Indian city of Kolkata, was destroyed.

Aptauddin, shown here standing in the remnants of his home, is one of thousands of people on Ghoramara already devastated by the effects of climate change. According to the United Nations, from 1968 to 1999, Ghoramara, which sits in the Bay of Bengal’s Sundarbans delta, lost 75 percent of its territory to encroaching water. Since then, rising sea levels and coastal erosion have only magnified the consequences of flooding. Today, with less than 3 square miles of landmass left, Ghoramara may soon follow in the footsteps of four other islands in the delta, if its inhabitants are forced to flee for good.

Photographer Jordi Pizarro traveled to Ghoramara to document how villagers like Aptauddin are coping with forces beyond their control. “We are used to seeing images of global warming as an environmental crisis — the glaciers melting, for example,” Pizarro says. “I wanted to show how climate change is affecting human beings, particularly in this small place.” 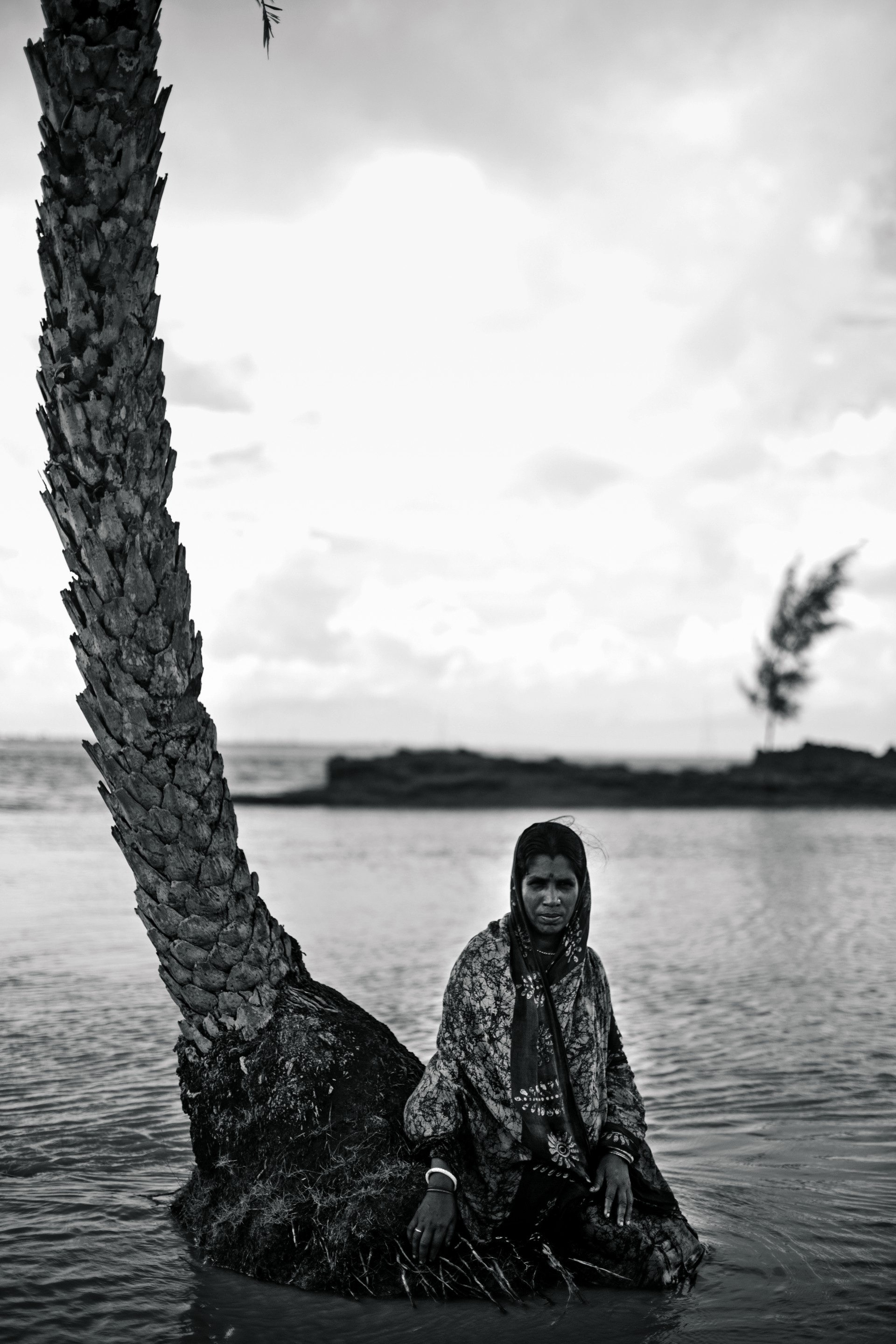 Rising sea levels have contributed to the increased salinity of water in the Sundarbans delta, making tidal floods even more destructive than usual to crops. Here, a woman sits on the base of a palm tree after seawater deluged a rice plantation. 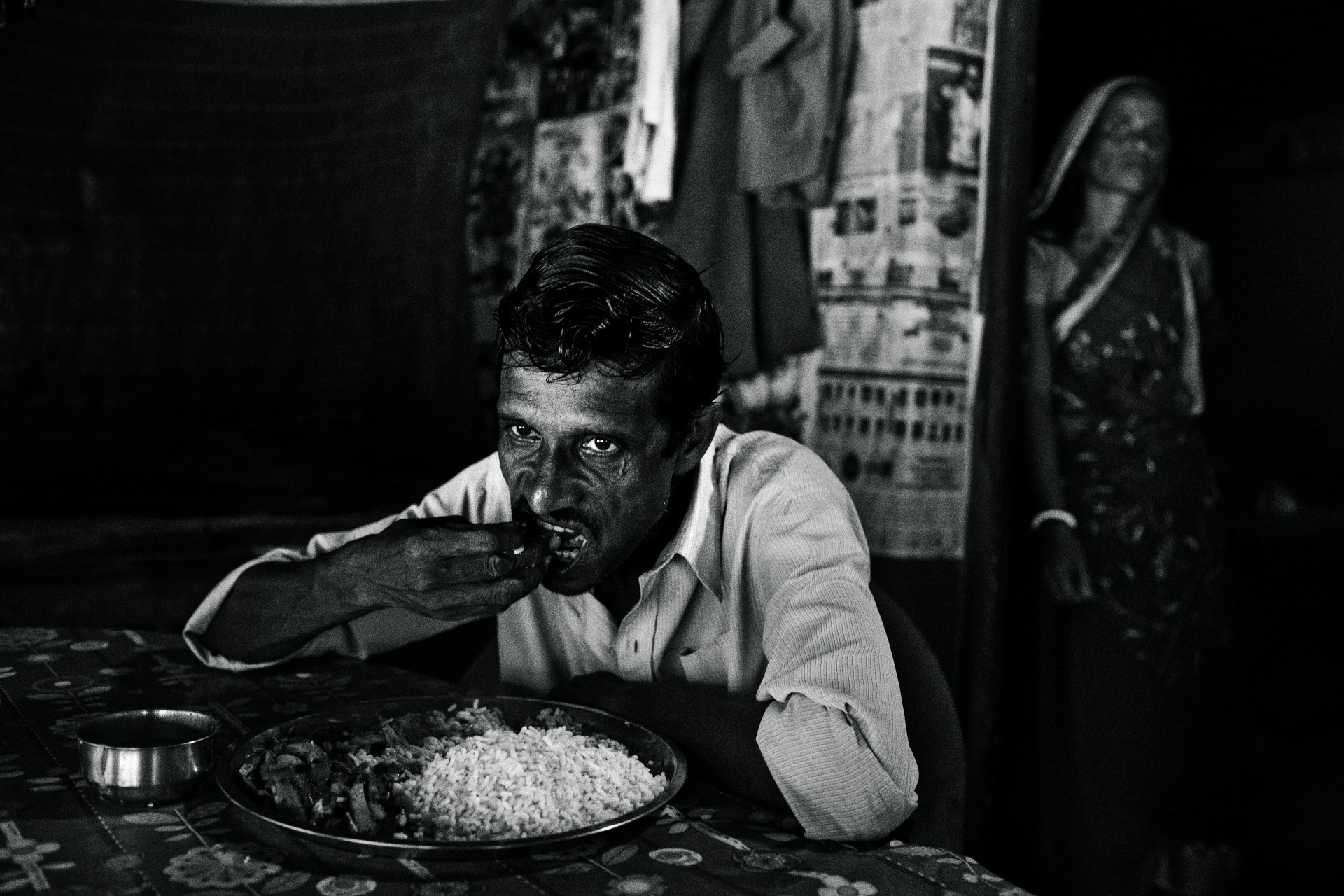 Scientists say warming temperatures have disrupted the normal monsoon patterns in the Bay of Bengal; dry spells are now more frequent and rainfall more intense. Here, a man eats while taking shelter from a downpour. 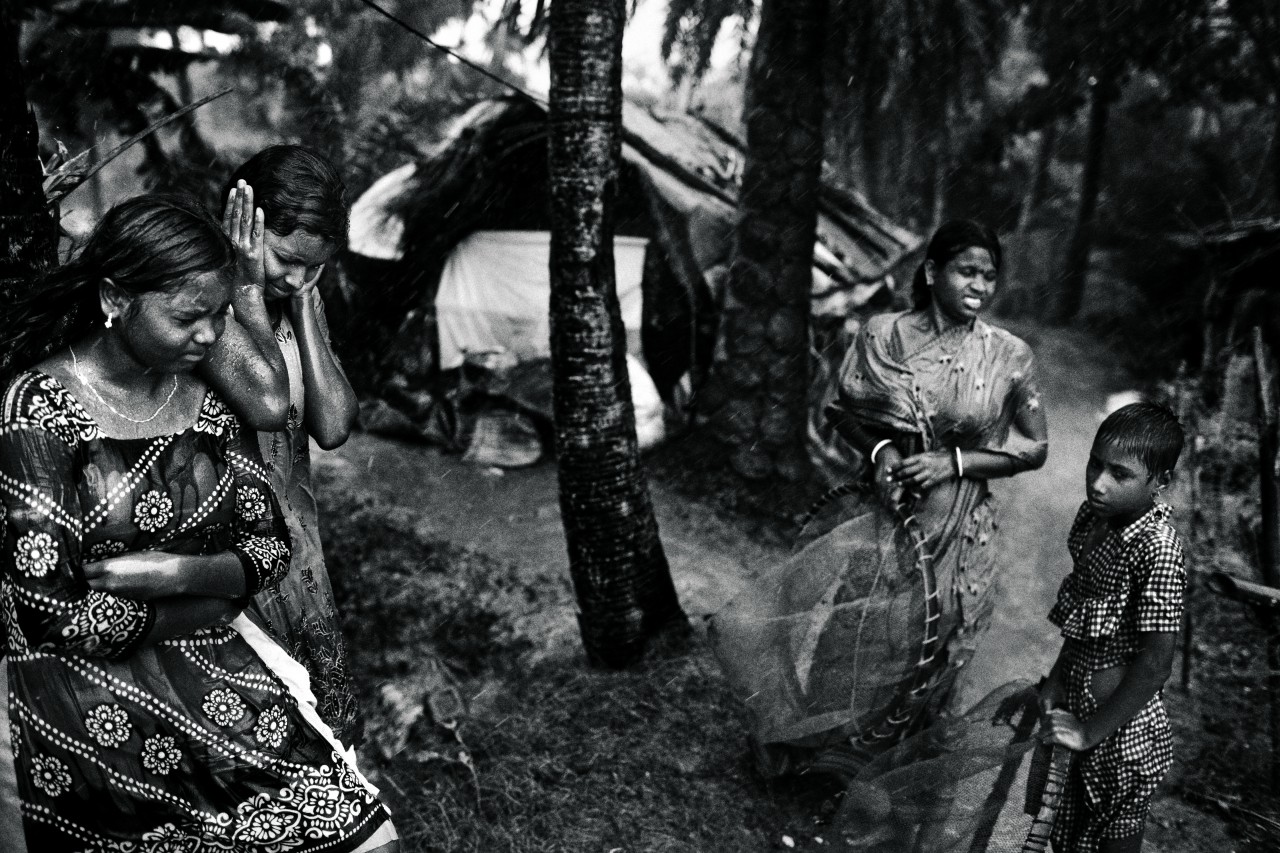 Friends stand in front of a house during a monsoon storm. 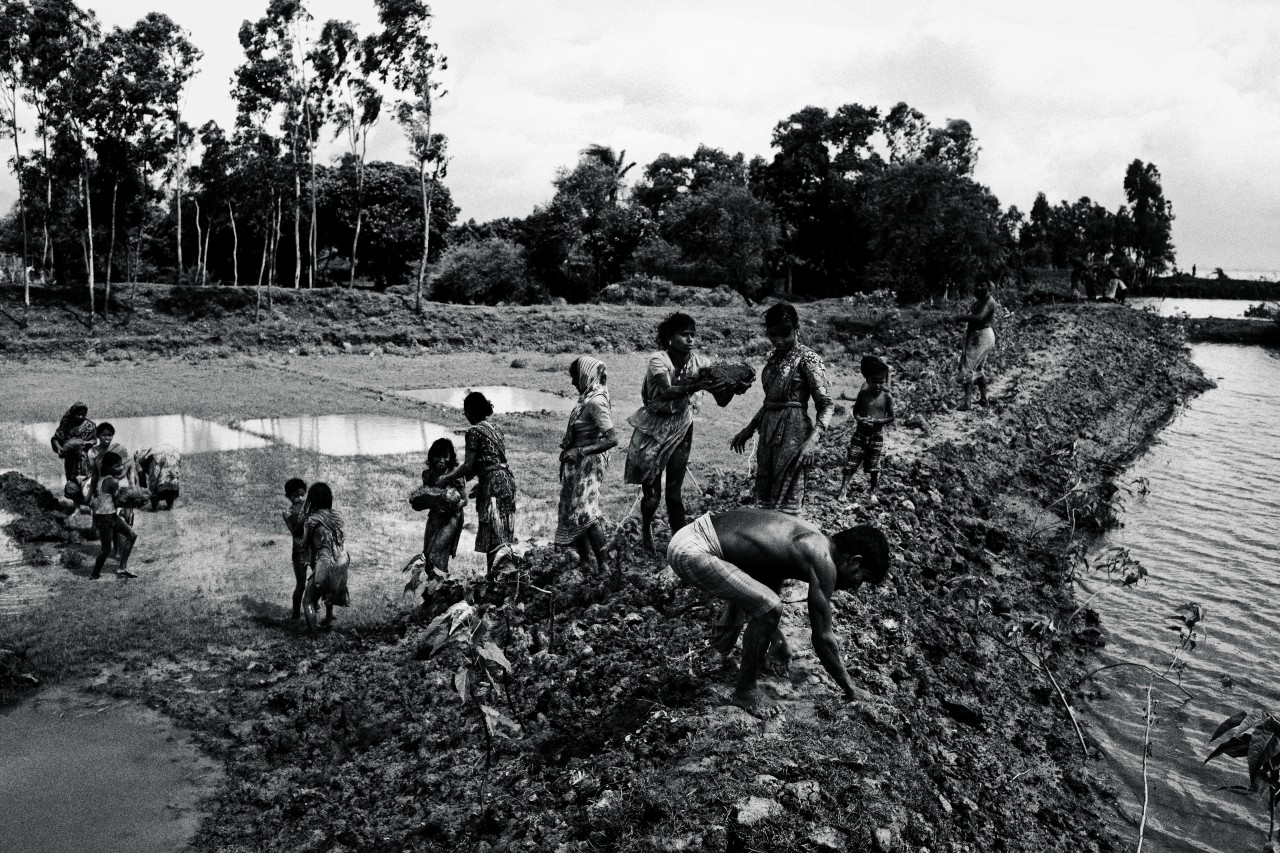 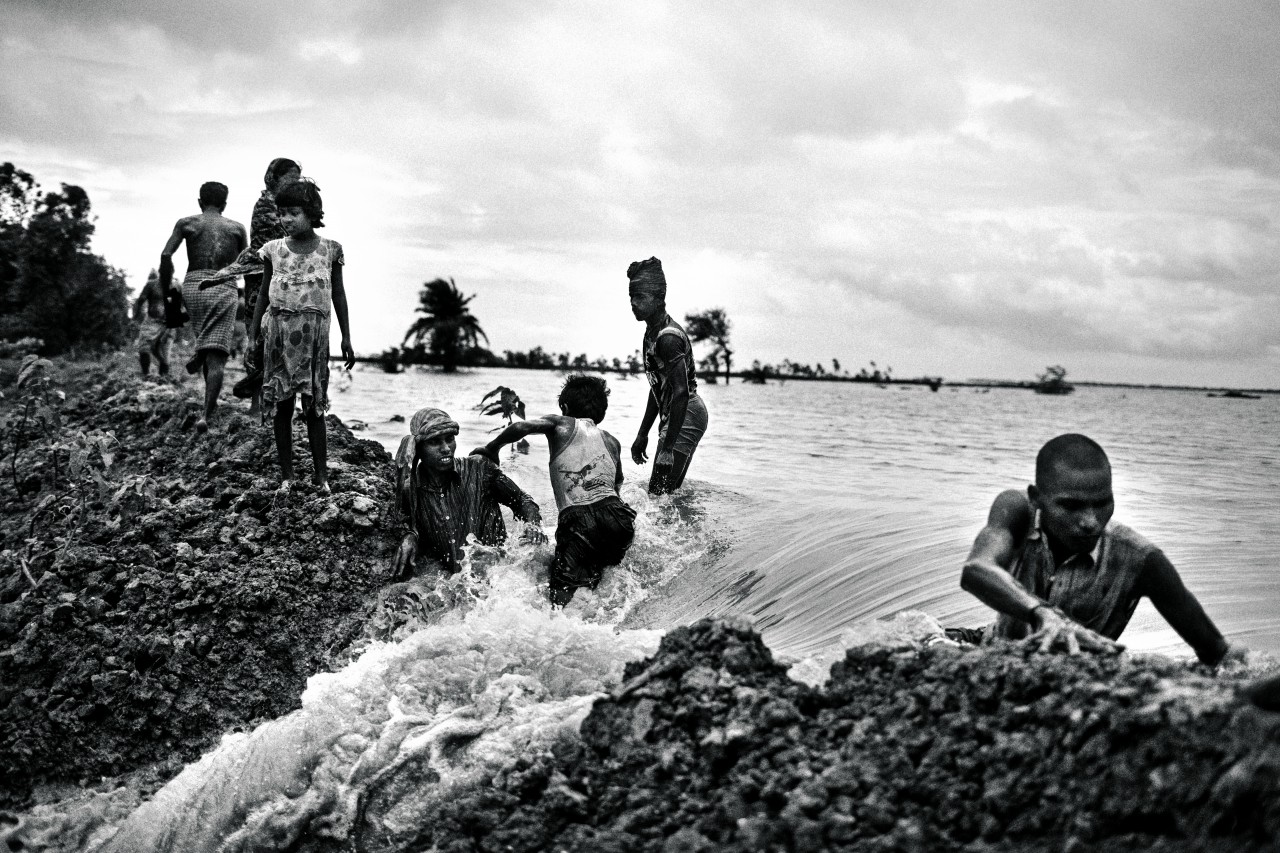 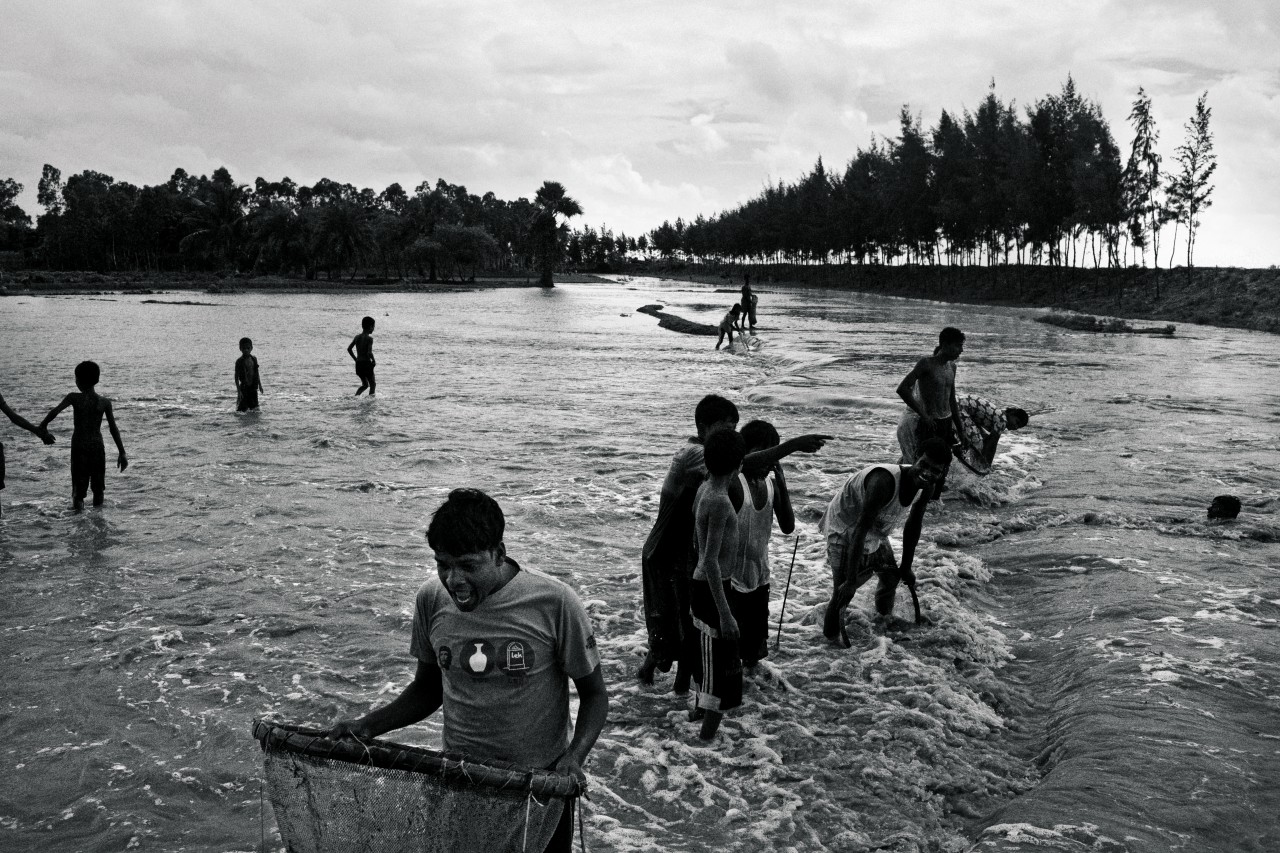 A family builds a soil dike to stop water from flowing into its rice field.

Soon after, the makeshift wall breaks, leaving the plantation flooded.

Villagers wade through a saturated rice paddy, trying to catch fish swept in with floodwaters.

Ghoramara's eroding coastline has eaten away at arable land, driving more and more islanders who used to harvest rice and betel leaves (a chewable stimulant) to fish for their livelihoods. Here, a father seeks fresh catch with his daughter during a low tide.