Some Germans apparently have taken issue with Donald Trump's politics.

Officials in Düsseldorf, a town in western Germany, were forced to cancel their annual carnival parade Monday due to inclement weather. That’s too bad, because one float had a hell of a take on GOP presidential frontrunner Donald Trump.

It’s unclear who made the float, pictured above and below, but it’s clear they aren’t a fan of Trump’s politics. A large representation of Trump’s famous coif, complete with a black eye — to signify his recent loss in the Iowa caucus — and the phrase, “Make Fascism Great Again,” was set to be part of the annual pre-Lent parade, known as Rosenmontag, or Rose Monday. It shows Trump shouting down the Statue of Liberty.

Check a few more photos out below, from a country that knows quite a bit about the dangers of fascism. 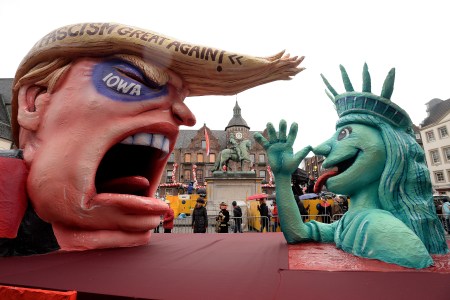 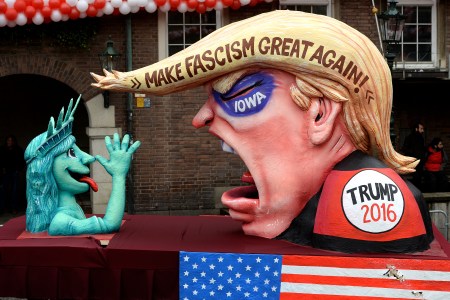