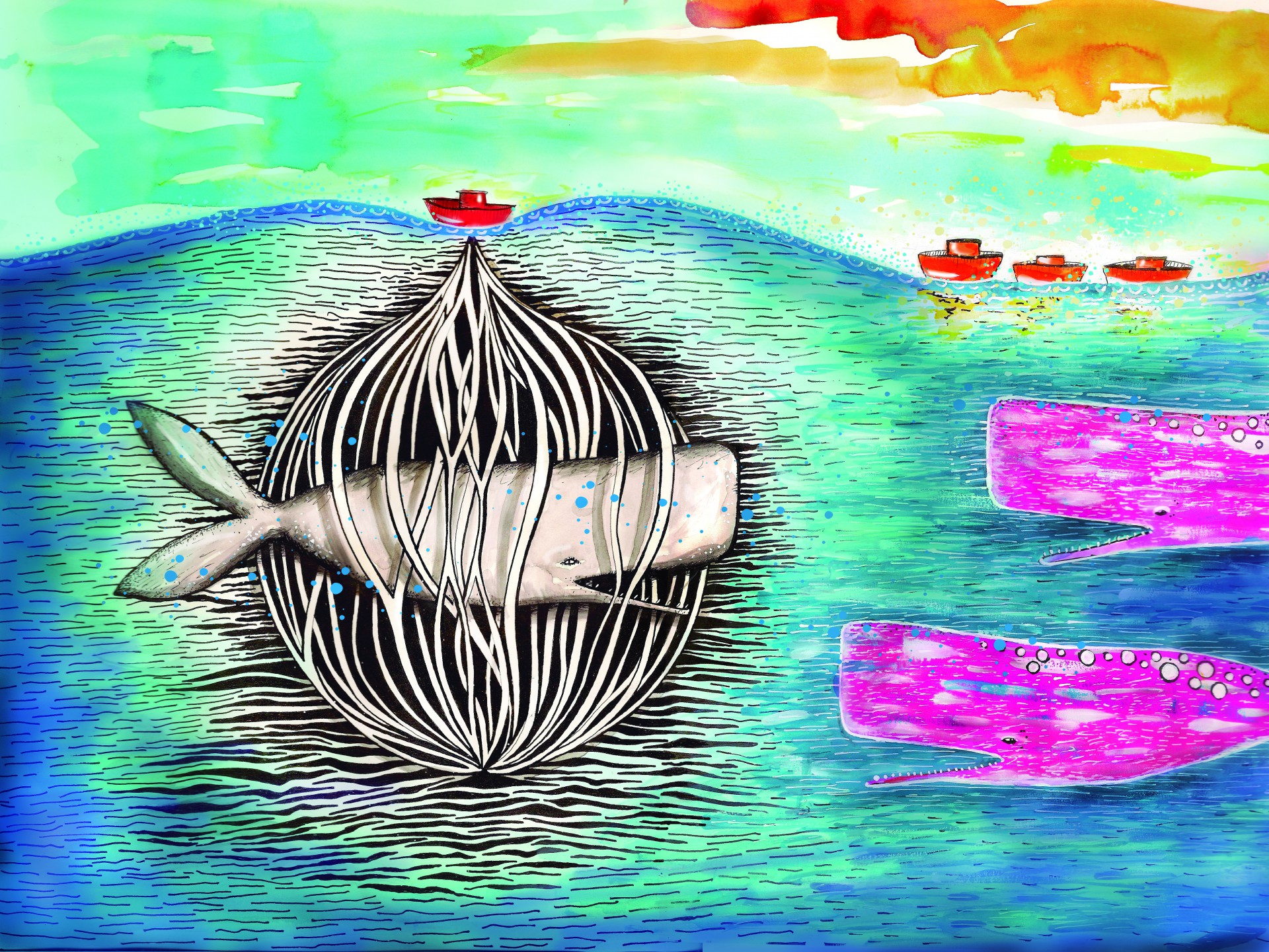 "Last December, Japan flouted an international ban on commercial whale poaching in Antarctica when it sent a harpoon vessel there. Tokyo announced that from now until 2027, it plans to kill upwards of 333 minke whales annually, all in the name of science. In asserting that hunts would be entirely for research purposes, Japan exploited a technicality in international whaling rules. Environmentalists — not to mention the Australian and U.S. governments — cried foul, but to no avail, leaving the world to wonder: If even one country is allowed to manipulate this poaching ban, what does that say about how we collectively value the environment? This is not simply a fight over a beautiful animal; it is also one over humans’ responsibility as stewards of the Earth."

Azul de Corso is a freelance artist, graphic designer, and illustrator based in Buenos Aires, Argentina. She's worked for clients such as MTV, Nickelodeon, VH1, Unilever, Creamfields, Logitech, Wired, and Vancouver Aquarium, among others. A version of this article originally appeared in the March/April 2016 issue of FP.