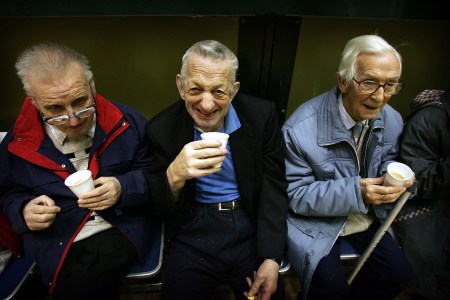 “How a Ragtag Gang of Retirees Pulled Off the Biggest Jewel Heist in British History” by Mark Seal, Vanity Fair

The police and public gasped at the audacity of the Great Hatton Garden heist of 2015, where millions in cash and jewels were taken from an underground vault in London’s diamond district.

‘It required a team with diverse skills…. It took ingenuity and brute force,” reporter Declan Lawn speculated on BBC television three weeks after what was already being called “the greatest heist in British history,” the audacious April 2015 ransacking of safe-deposit boxes in Hatton Garden, London’s diamond district. The crime was indeed epic. So much cash, jewelry, and other valuables had been taken that the loot, worth up to $300 million according to estimates at the time, had been hauled out of the vault in giant trash containers on wheels. Lawn demonstrated the acrobatic feats the gang must have used, and London’s newspapers were filled with artists’ renderings of the heist, featuring hard-bodied burglars in black turtlenecks doing superhuman things. Experts insisted that the heist was the work of a foreign team of navy-SEAL-like professionals, likely from the infamous Pink Panthers, a Serbian gang of master diamond thieves. Retired Scotland Yard detective Barry Phillips believed it was the work of a highly technical team, assembled by a so-called “Draftsman”—who financed the heist and assembled the players, probably from the U.K. He speculated that no member of the gang would have known any of the others, in order to preserve “sterile corridors,” making it impossible for any perpetrator to rat out the others.

The thieves had surely divided up the spoils into easily transportable lots once inside “the slaughter,” as their hideaway would have been called in London gangster argot. Perhaps they had sneaked the jewels out of the country by stuffing them up the butts of racehorses, the flamboyant villain turned celebrity Dave Courtney theorized on the BBC. The thieves would have been whisked out of Great Britain on a quick ferry trip from Dover to Dunkirk or Calais, from where they could disappear into Europe. 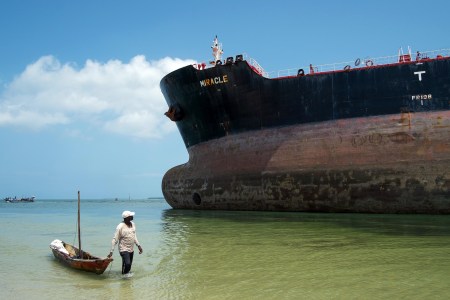 “The Secrets of the Wave Pilots” by Kim Tingley, New York Times Magazine

For thousands of years, sailors in the Marshall Islands have navigated vast distances of open ocean without instruments. Can science explain their method before it’s lost forever?

At 0400, three miles above the Pacific seafloor, the searchlight of a power boat swept through a warm June night last year, looking for a second boat, a sailing canoe. The captain of the canoe, Alson Kelen, potentially the world’s last-ever apprentice in the ancient art of wave-piloting, was trying to reach Aur, an atoll in the Marshall Islands, without the aid of a GPS device or any other way-finding instrument. If successful, he would prove that one of the most sophisticated navigational techniques ever developed still existed and, he hoped, inspire efforts to save it from extinction. Monitoring his progress from the power boat were an unlikely trio of Western scientists — an anthropologist, a physicist and an oceanographer — who were hoping his journey might help them explain how wave pilots, in defiance of the dizzying complexities of fluid dynamics, detect direction and proximity to land. More broadly, they wondered if watching him sail, in the context of growing concerns about the neurological effects of navigation-by-smartphone, would yield hints about how our orienteering skills influence our sense of place, our sense of home, even our sense of self. 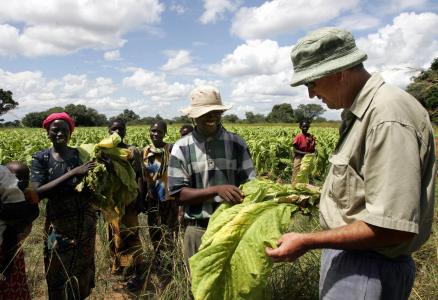 In 2013, I took a five-night trip to Zimbabwe, where my father was born.

It’s a cliché to say now, that Zimbabwe, at independence, had established itself as the bread basket of southern Africa. Now, the World Food Programme is months away from wrapping up an intensive three-year attempt to help Zimbabweans feed themselves once again.

“We came within a whisker,” Jeremy said, “within a day of closing altogether.” Motes of flour float in and out of our conversation, settle in snowdrifts on color-coded pipe work. Workers in blue overalls hustle in and out.

At one point Jeremy reached into a production line and grabbed a handful of feedstock. “Grist to the mill.”

We ended up out the back, on the railway line, where product is loaded from the roof into waiting wagons. I move to walk down the line. “I won’t take you down there,” he says. “A worker fell through the roof there. They haven’t cleaned up the mess. The factory inspector is supposed to come. It’s been five days.” 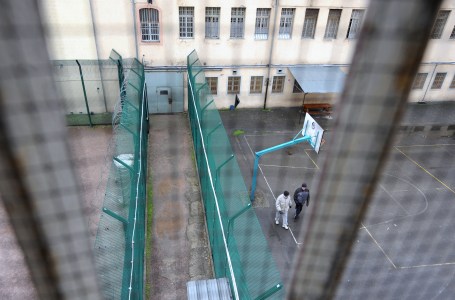 “Are French prisons ‘finishing schools’ for terrorism?” by Christopher de Bellaigue, The Guardian

Alarmed that its jails are creating jihadis, France has launched a scheme to turn young Muslim prisoners back from radicalisation. But can prisons solve a problem society has utterly failed to repair?

Over the past few weeks, the prison at Osny has become a testing ground for France’s most controversial new plan to combat Islamic radicalisation. In February a “dedicated unit” opened within its walls, expected to receive 20 violent or potentially violent extremists. A similar unit has also come into operation at Lille, in northern France, and one at Fresnes, just south of Paris. Two more have opened at Fleury-Mérogis – Europe’s biggest prison, also in the Paris region.

The prisoners in these new anti-radicalisation units will enjoy resources that put the rest of the penal system to shame. They will be supervised by a larger-than-usual complement of warders, trained in the rudiments of Salafism, and they will receive visits by sociologists, psychologists and historians (to argue against their rose-tinted ideas about medieval caliphates). The routine for these men will include theatre workshops, political discussions and lessons in the prison school – reading and writing for the barely literate, Japanese for the intellectually advanced. (Those who refuse to get into the spirit will be expelled back to the less salubrious environs of the prison system proper.) 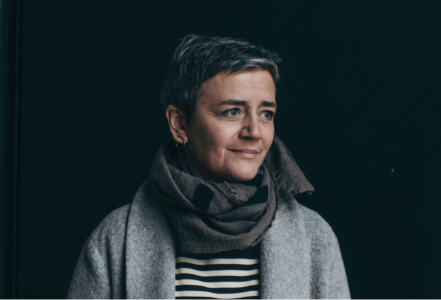 Margrethe Vestager, the EU’s antitrust czar, is going after some of the world’s biggest companies — and trying to redefine the 21st-century economy.

On a soggy, gusty morning in Brussels this January, Margrethe Vestager appeared at work in a perfectly pressed green silk blouse and well-fitted black leather skirt, not a spike of her short gray hair out of place. Vestager is known for being late — she likes to cram her schedule to the point of overflowing — but on this particular day, the European Union’s commissioner for competition was punctual, ready at noon for her seventh press conference in less than a year. Roughly 100 journalists were gathered in an auditorium at the Berlaymont, the massive, X-shaped building that houses the European Commission, anticipating a blockbuster statement from Vestager: She was ruling illegal a corporate tax-break system that Belgium had designed more than a decade prior.

This state aid, known by its slogan “Only in Belgium,” offered to slash taxes on multinational corporations’ profits by up to 90 percent. After its enactment in the pre-financial-crisis, go-go era of privatization and market liberalization in Europe, Belgium welcomed the headquarters or subsidiaries of some 35 multinational corporations, including Anheuser-Busch InBev, BP, and the telecommunications firm Proximus. These businesses pumped jobs and an avalanche of money into the national economy: AB InBev, for instance, became Belgium’s largest company by market value. It reported nearly $28 billion in global profits in 2014.