This Is What Yemen Looks Like After a Year of Airstrikes

After a year of airstrikes, much of Yemen has been decimated to rubble and dust.

Hospitals and schools, decimated by airstrikes, lie in piles of rubble on the ground. Children who once played in Sanaa’s bustling streets now tread carefully through the Yemeni capital’s gutted neighborhoods, living in constant fear of being bombed again.

For the past year, Saudi Arabia, with support from Britain, France, and the United States, has bombed what it claims is exclusively Houthi rebel targets. But in reality, the Saudi government has contributed to a humanitarian disaster while sheltering Yemen’s embattled leaders far away in Riyadh.

According to the United Nations, more than 3,000 civilians have been killed and an additional 5,000 injured since the airstrike campaign started last March 26. Many of those deaths and injuries can be directly connected to the Saudi mission. In February, for example, the U.N. documented 168 civilian deaths and 193 injuries, two-thirds of which were a direct result of the Saudi coalition bombings. In other instances, Medécins Sans Frontières, a humanitarian group, has reported that their clinics and hospitals have been targeted by the Saudi strikes.

Below, Foreign Policy has compiled a series of photos that reflect Yemen then and now, a year on Saturday since the Saudi strikes began decimating civilian neighborhoods with little regard for the people who populate them. 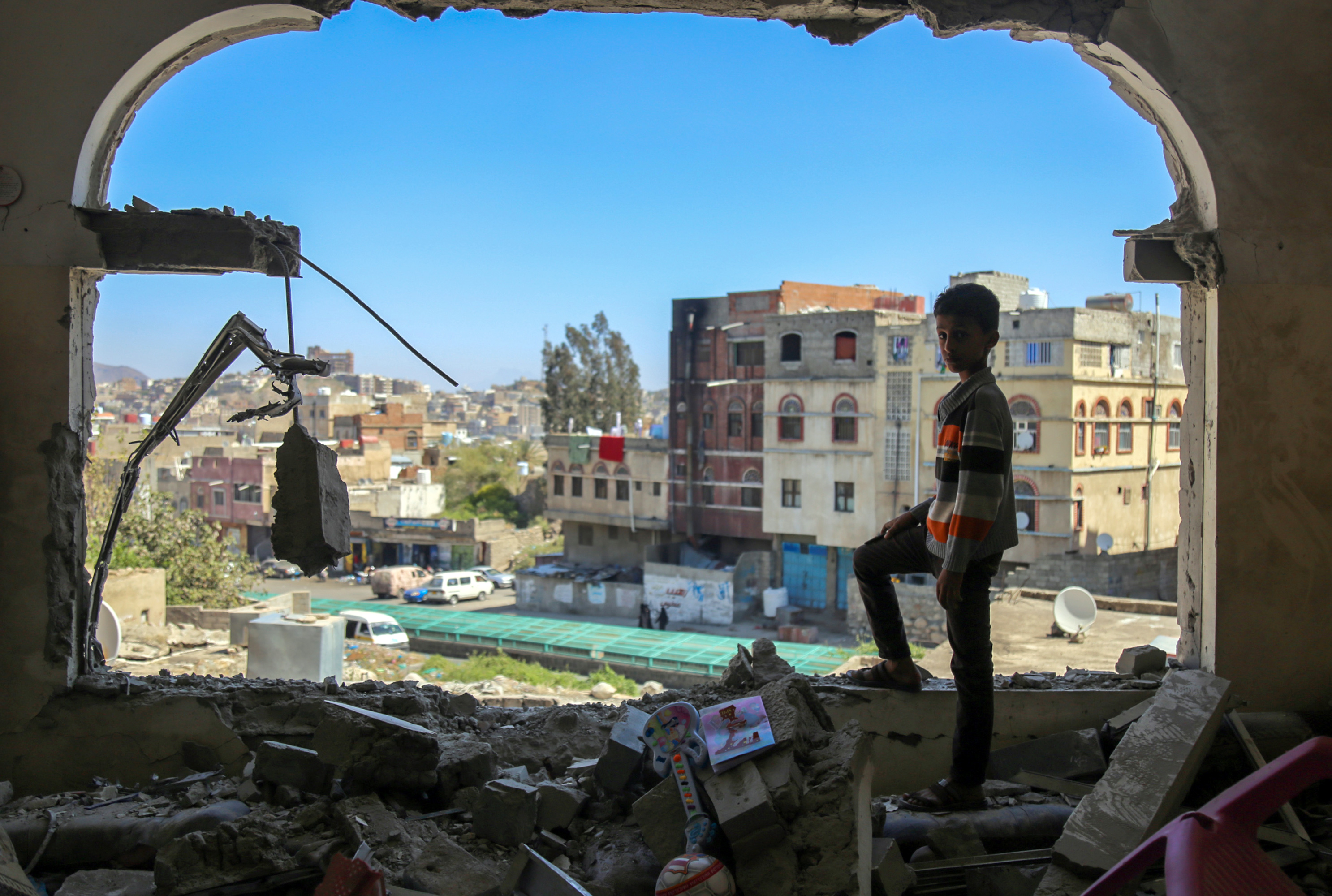 A young Yemeni boy in the southern city of Taez checks damage from a mortar shell attack on Feb 3, 2016. 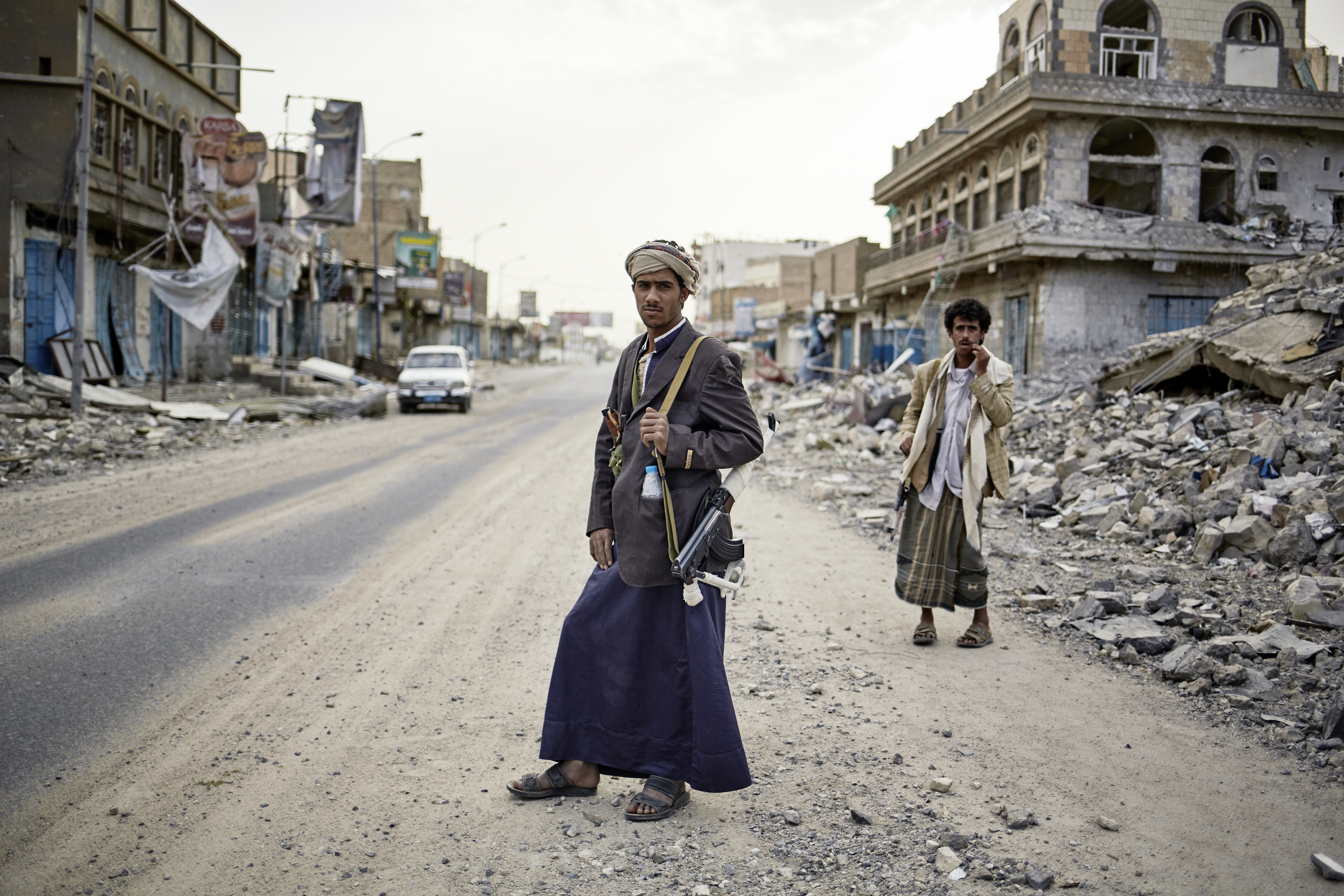 Houthis patrol Sadah in June 2015, after the Arab coalition warned civilians to leave the area, the entirety of which was declared a “military target.” 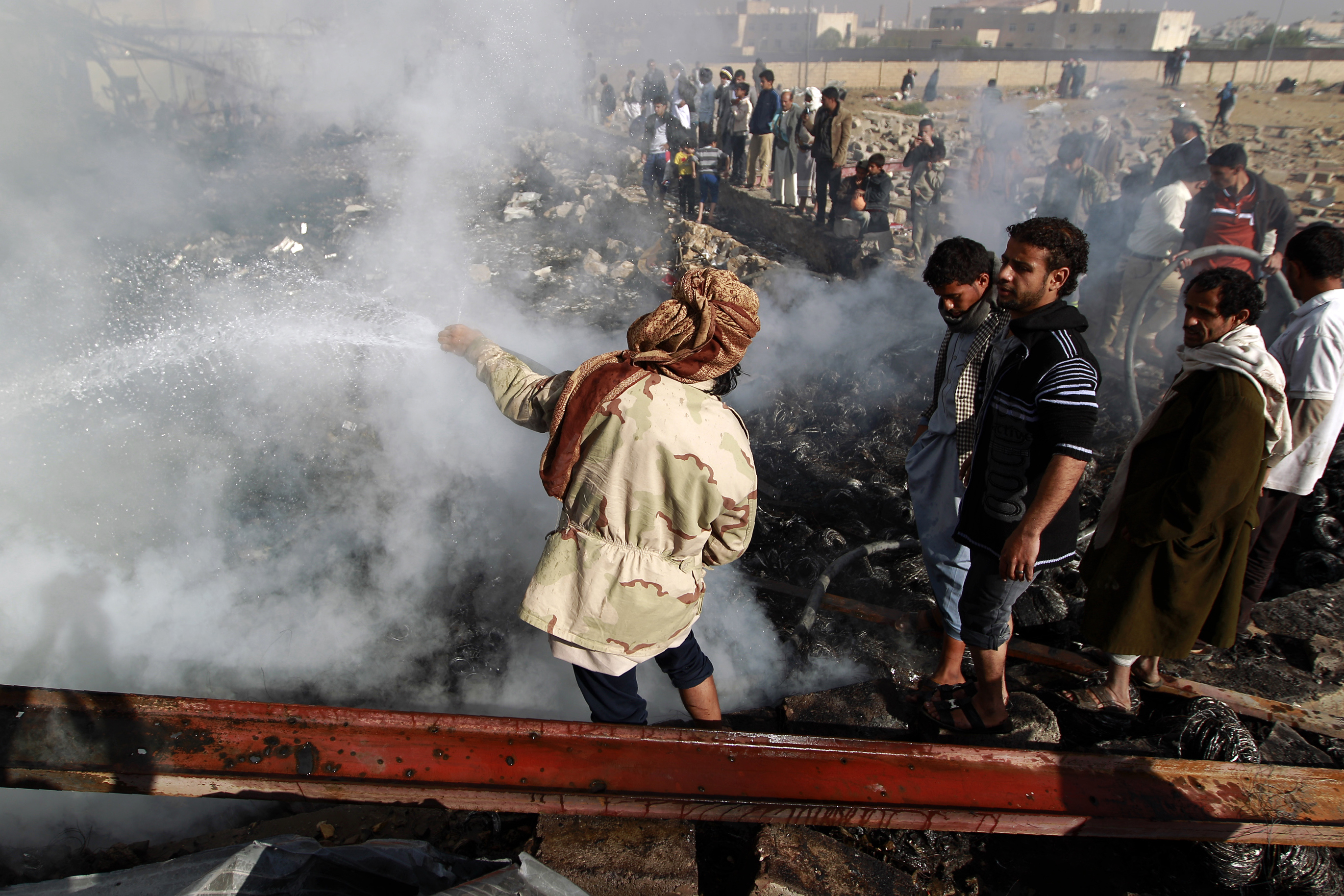 Civilians examine the aftermath of a Saudi coalition airstrike in Sanaa, which struck a sewing workshop there on Feb. 14, 2016. 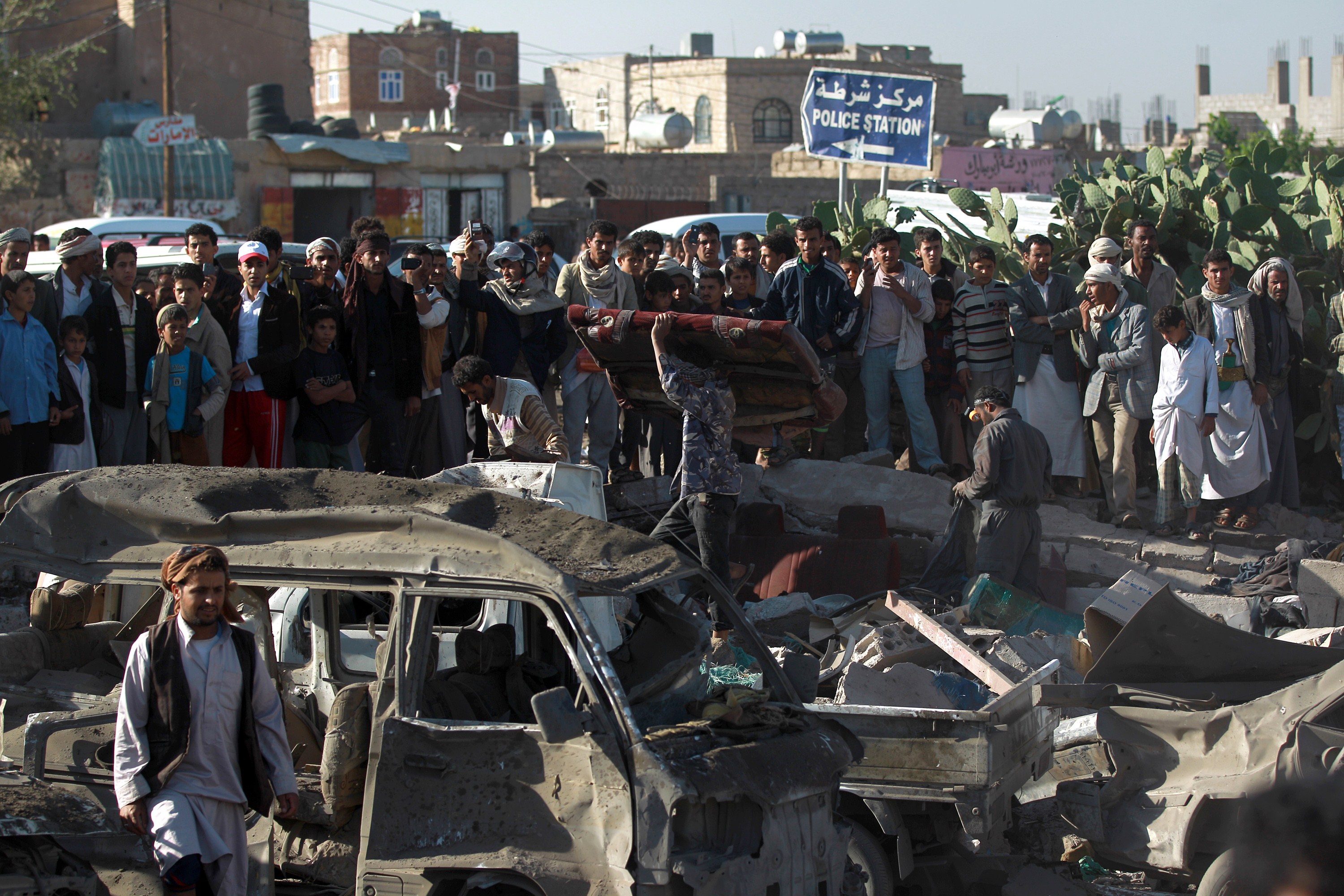 A Saudi airstrike bombed Sanaa Airport on March 26, 2015, the day the campaign against Houthis began. At least 13 were killed. 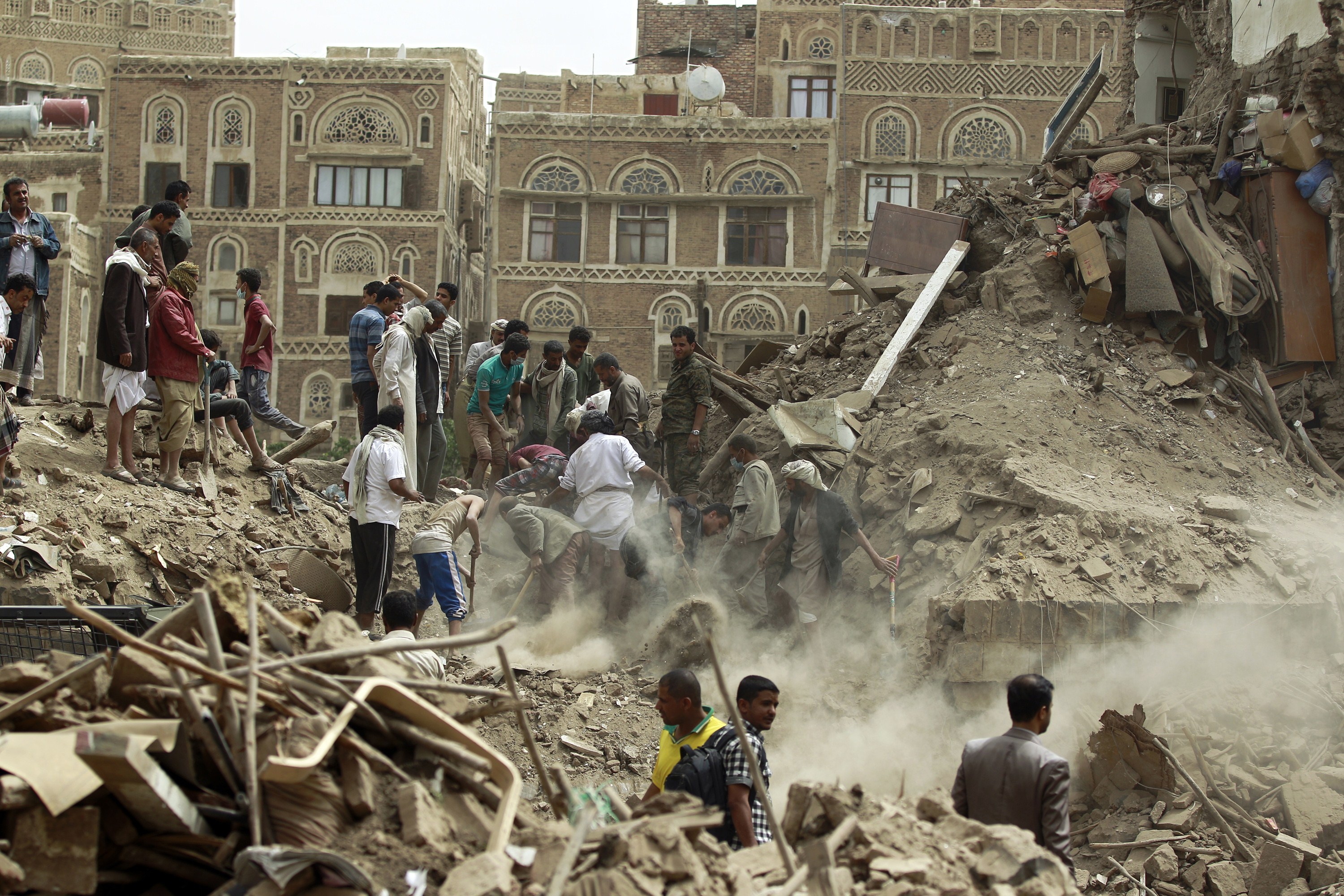 Saudi strikes decimated houses in a UNESCO-listed neighborhood in Sanaa, which killed five people in June and marked the first time the Saudi coalition targeted the old city there, last June. 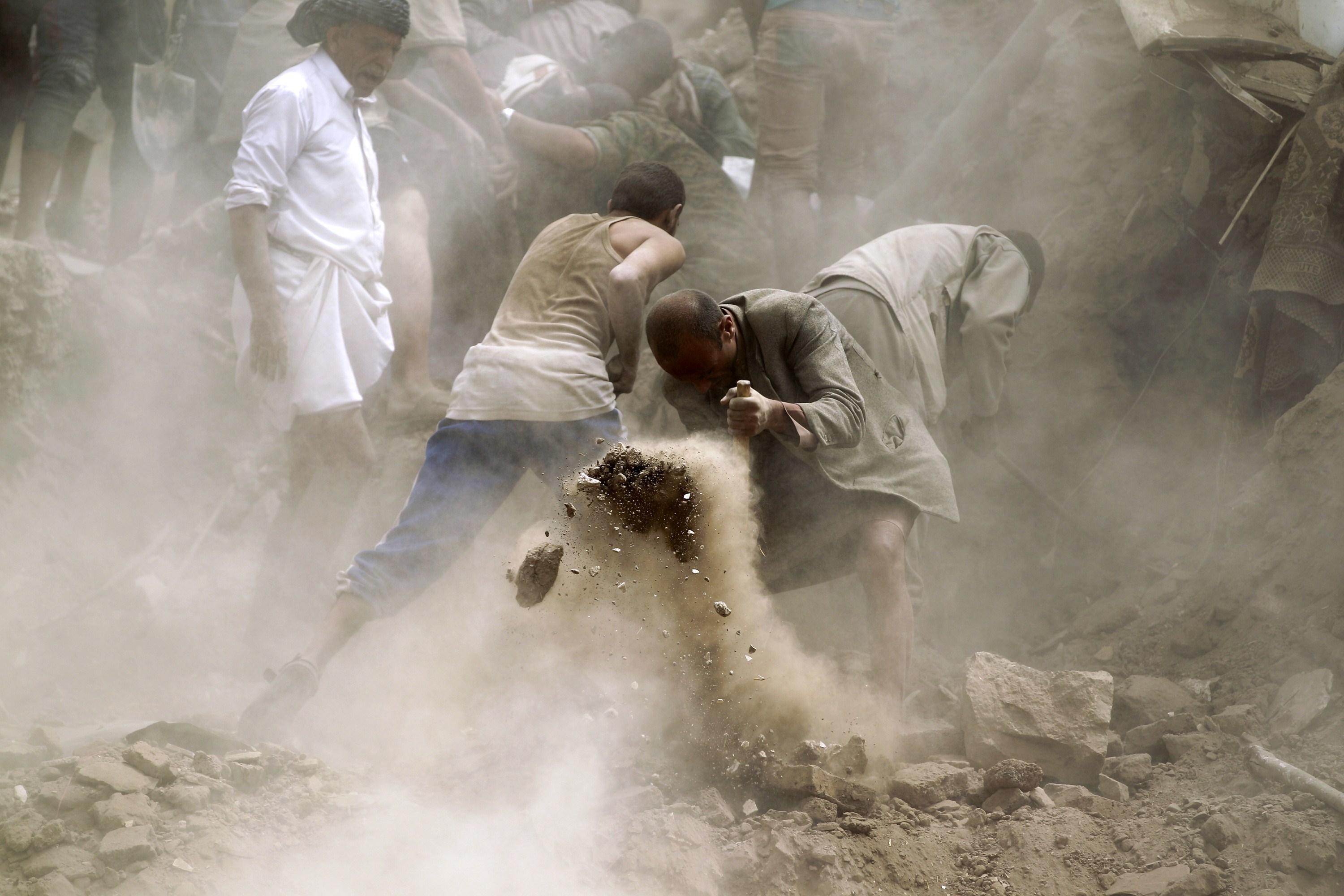 Men search for the living under piles of rubble after the same strike described above. 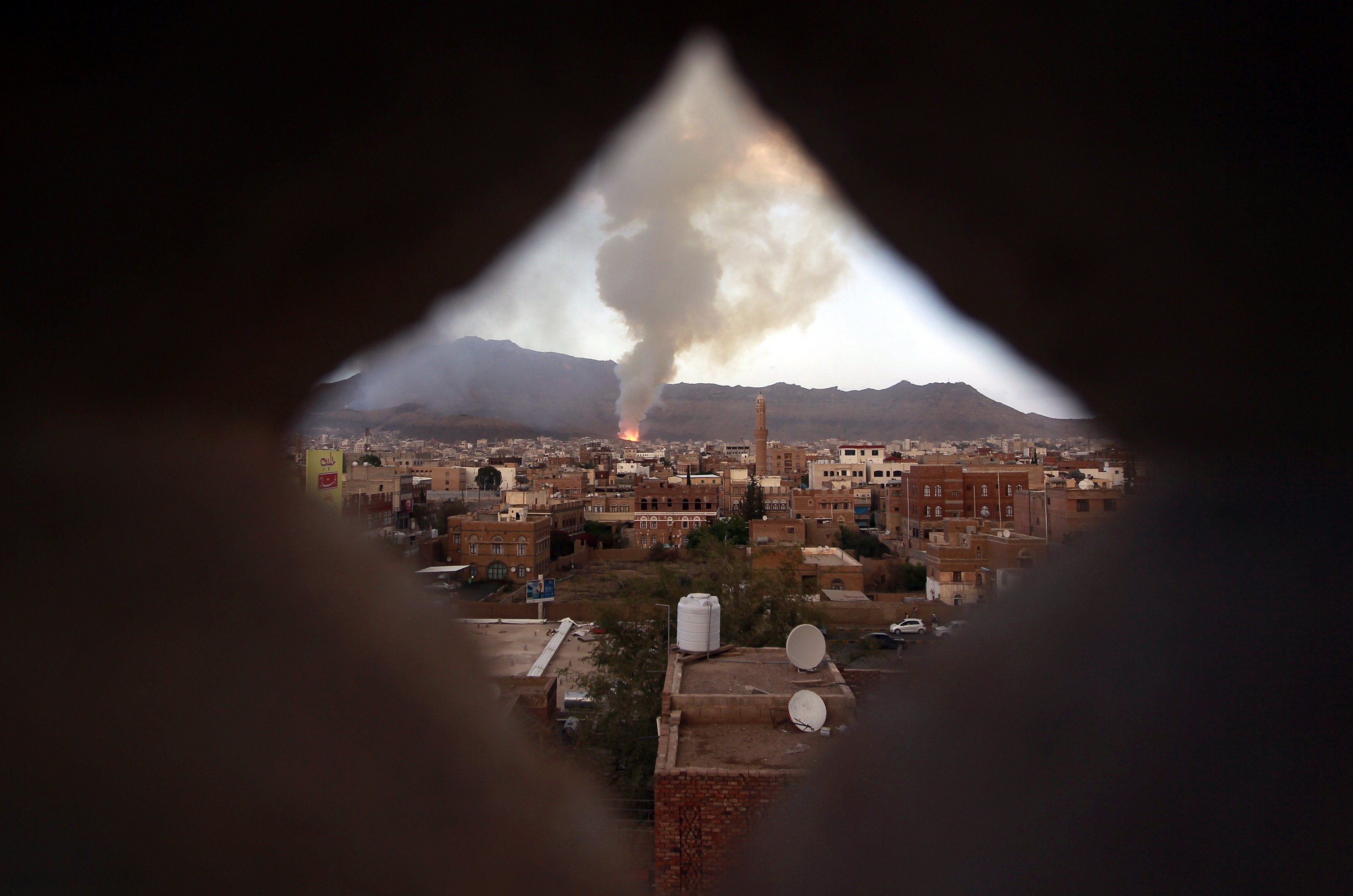 The aftermath of a Saudi-led strike on an arms depot just outside of Sanaa in May 2015.

Henry Johnson contributed to this report.

India Gives Up Its Anti-Colonial Obsessions and Embraces Europe