Drone footage and photos from the ground show that the ancient city of Palmyra is around 80 percent intact.

Last August, three months after Islamic State extremists took control of the ancient Syrian city of Palmyra, they beheaded the city’s 83-year-old director of antiquities and hung his lifeless body from one of the Roman columns he spent his life trying to protect.

Over the course of weeks that followed, the group published photos and video footage documenting their destruction of the city’s world heritage sites, which UNESCO, the cultural branch of the United Nations, said amounted to “a war crime.”

On Sunday, Syria’s national army — backed by Russian jets — drove the Islamic State out of Palmyra for the first time since the group captured it in May. That marks a major victory for embattled Syrian President Bashar al-Assad, whose army general command said in a statement Sunday that the city will become “a launchpad to expand military operations” against the Islamic State.

“This achievement represents a mortal blow to the terrorist organization and lays the foundation for a great collapse in the morale of its mercenaries and the beginning of its defeat,” the statement said.

Drone footage aired Sunday on Russian state television proved that the destruction of Palmyra was not as extensive as historians originally feared. Although some archaeological structures were destroyed, roughly 80 percent of the city appears to remain intact. That includes well-known structures like the Arc de Triomphe,  the Temple of Baalshamin, and the Temple of Bel, which may end up being partially salvageable.

Still, additional photos that emerged in the immediate aftermath of the Syrian Army’s recapture of the town show that the structures that were targeted by the group, which claims that they are idolatrous, experienced significant damage. In some cases, 2,000-year-old temples have been decimated to nothing more than piles of rubble. One structure that the militants kept largely intact is the Roman amphitheatre, where they reportedly carried out public executions. 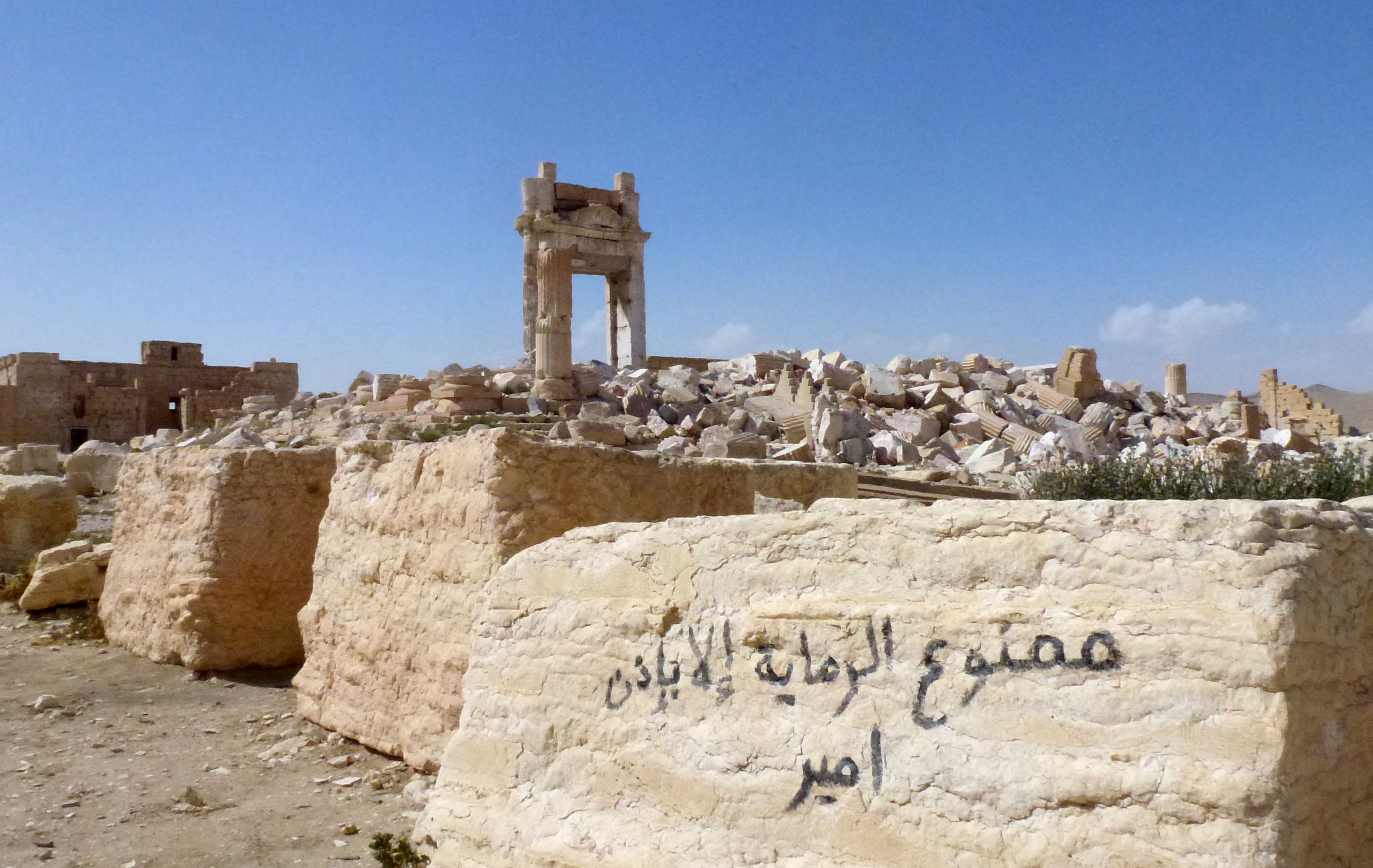 Graffiti left over from the Islamic State reads “Shooting without the permission of the chief is prohibited” outside the entrance to the Temple of Bel. 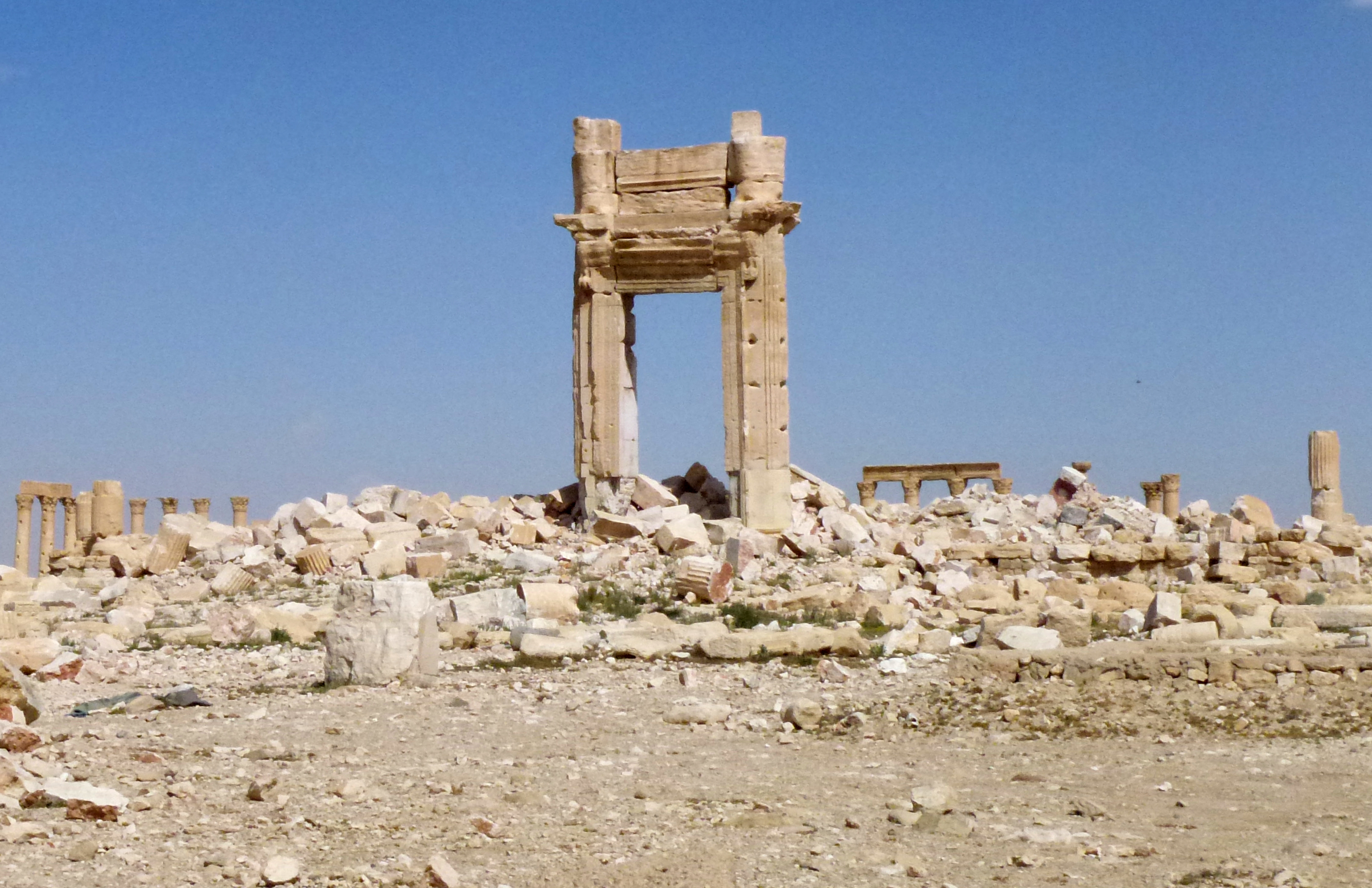 The entrance to the Temple of Bel, which was destroyed by the Islamic State last fall. 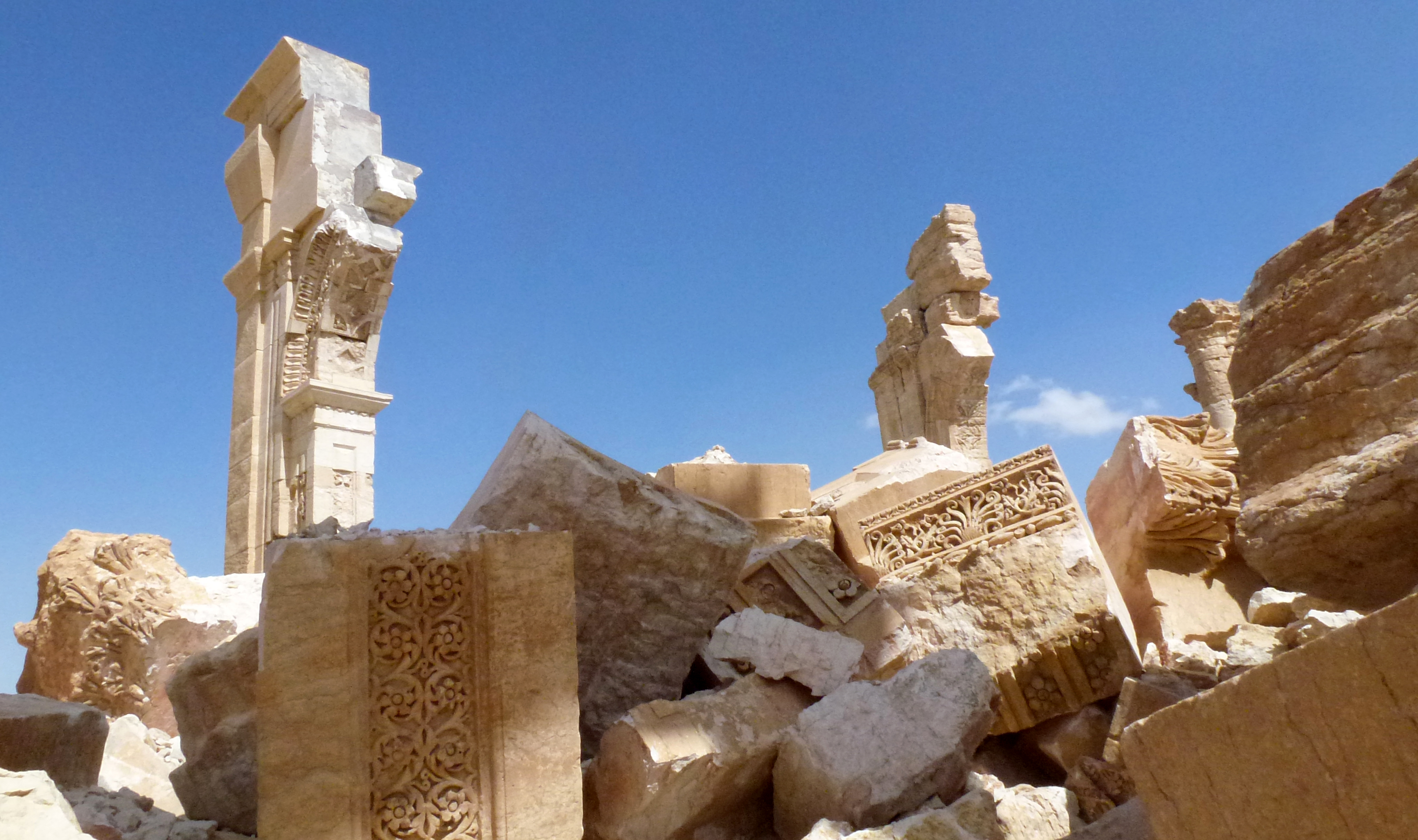 The remains of the Arc de Triomphe, which was destroyed by the Islamic State in October. 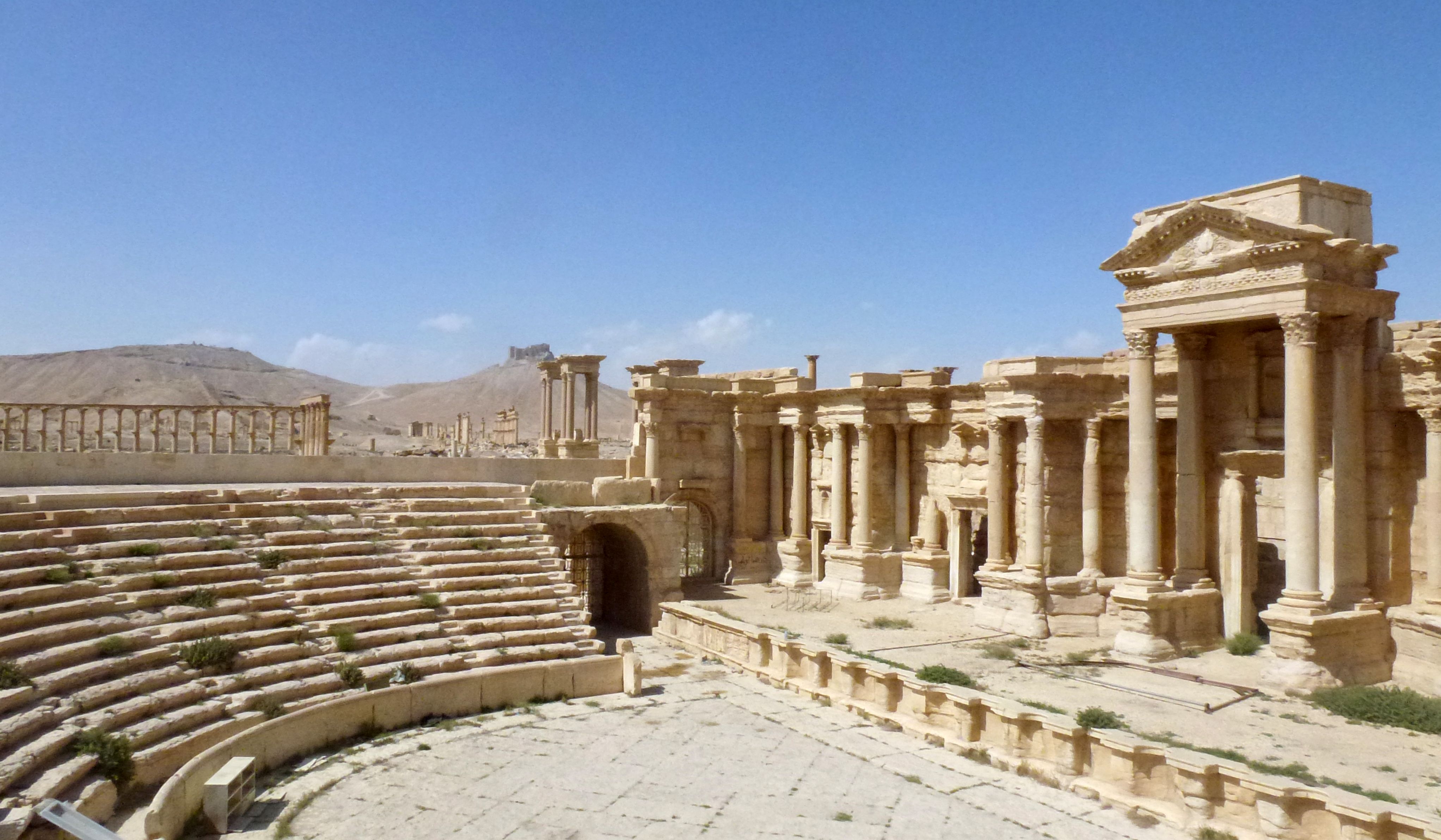 Palmyra’s ancient Roman amphitheater, which appears to have been preserved by the militants in order to use the space for public executions.