The ‘Wives’ of Boko Haram

Taken from their homes by Boko Haram fighters, these Nigerian women were held captive for months — some even longer. They escaped. But going home is another matter. 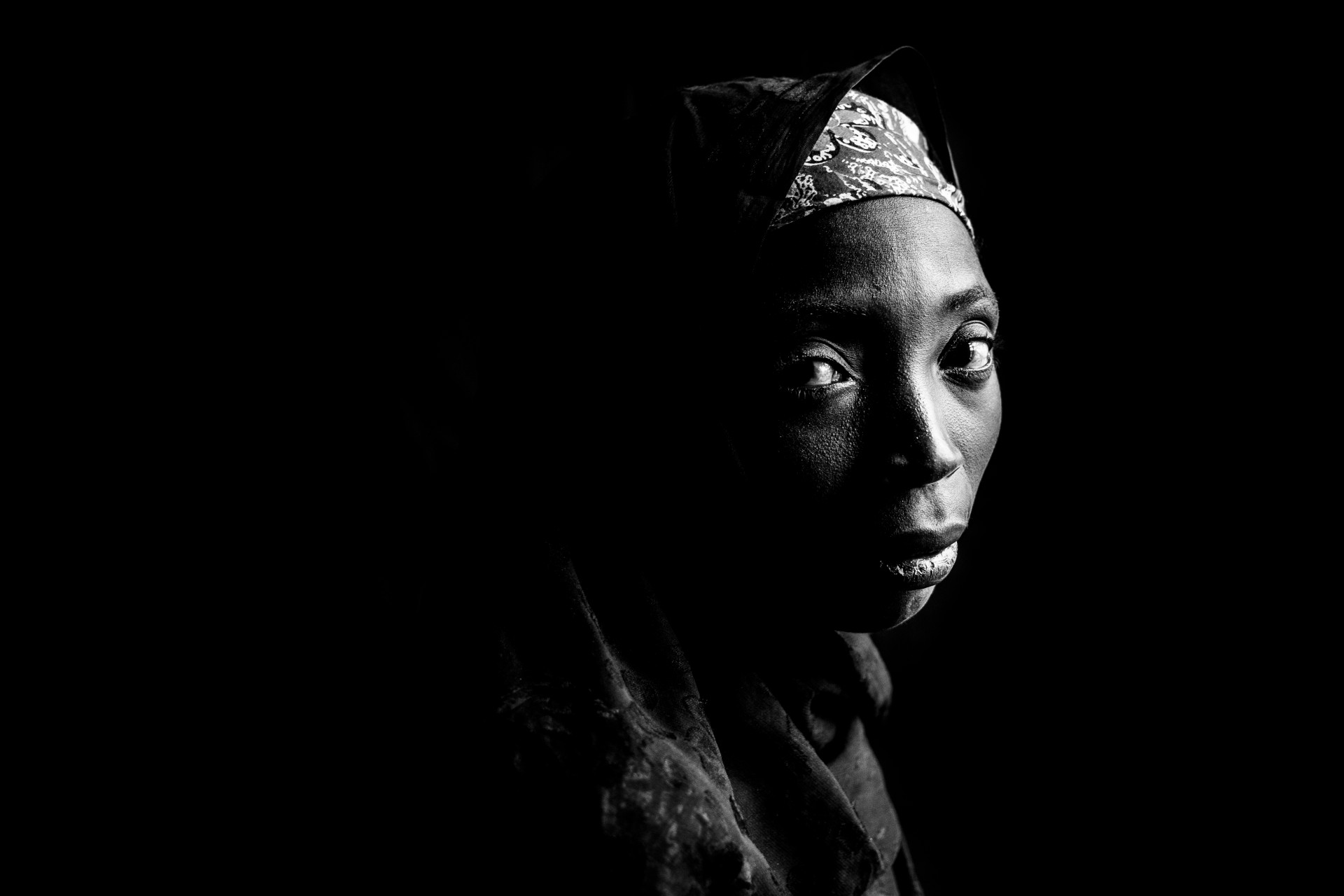 Laraba Bitrus was working in a small grocer’s shop in the northeastern Nigerian town of Gwoza when Boko Haram militants invaded. With nowhere to run, the armed men took her captive, beat her with a whip, and forced her to watch as they sawed off her uncle’s head. After 11 days, she fled on foot, traveling through the bush to Madagali, where she stayed until the extremists took over that small town as well, forcing her to flee again: this time further south to Yola, the capital of Adamawa state, where she now lives in the catholic St. Theresa's refugee camp.

She was one of the lucky ones. 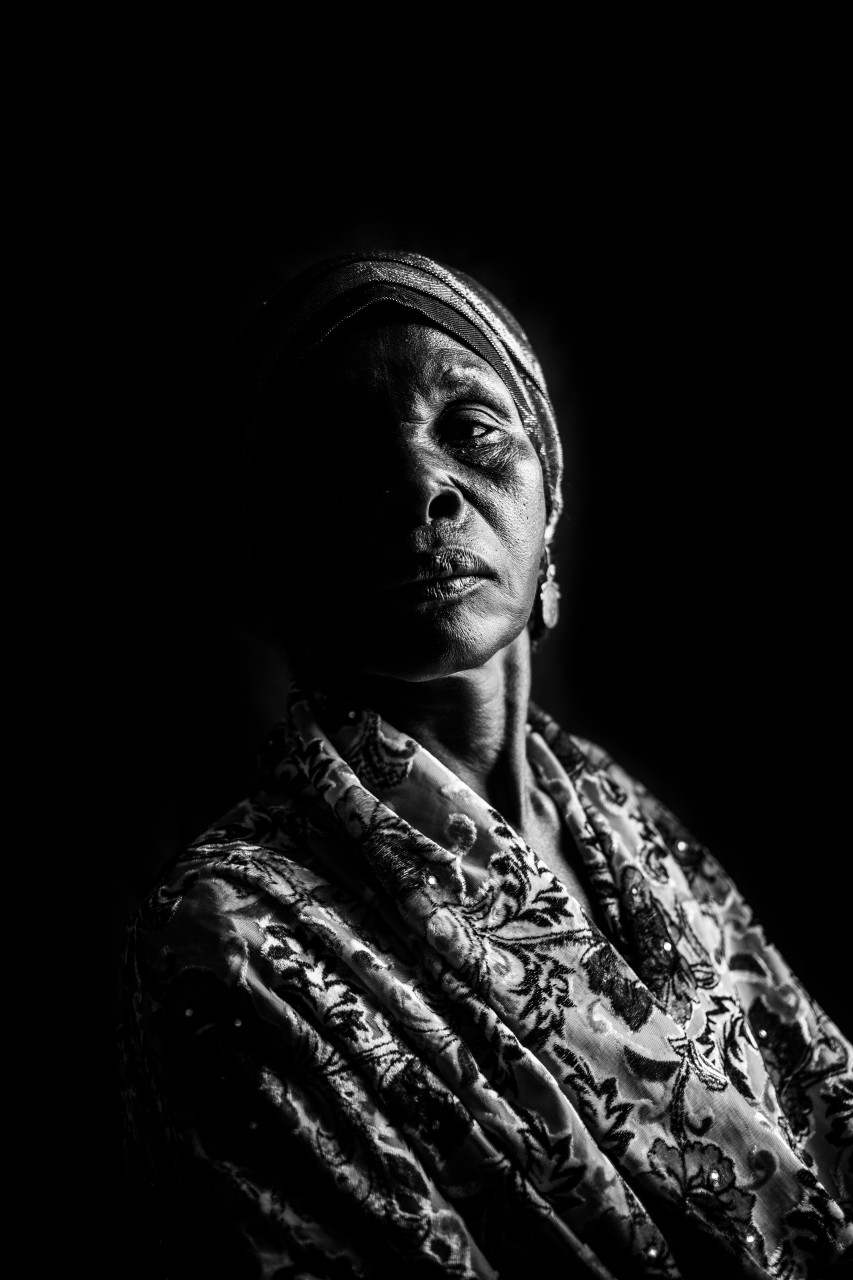 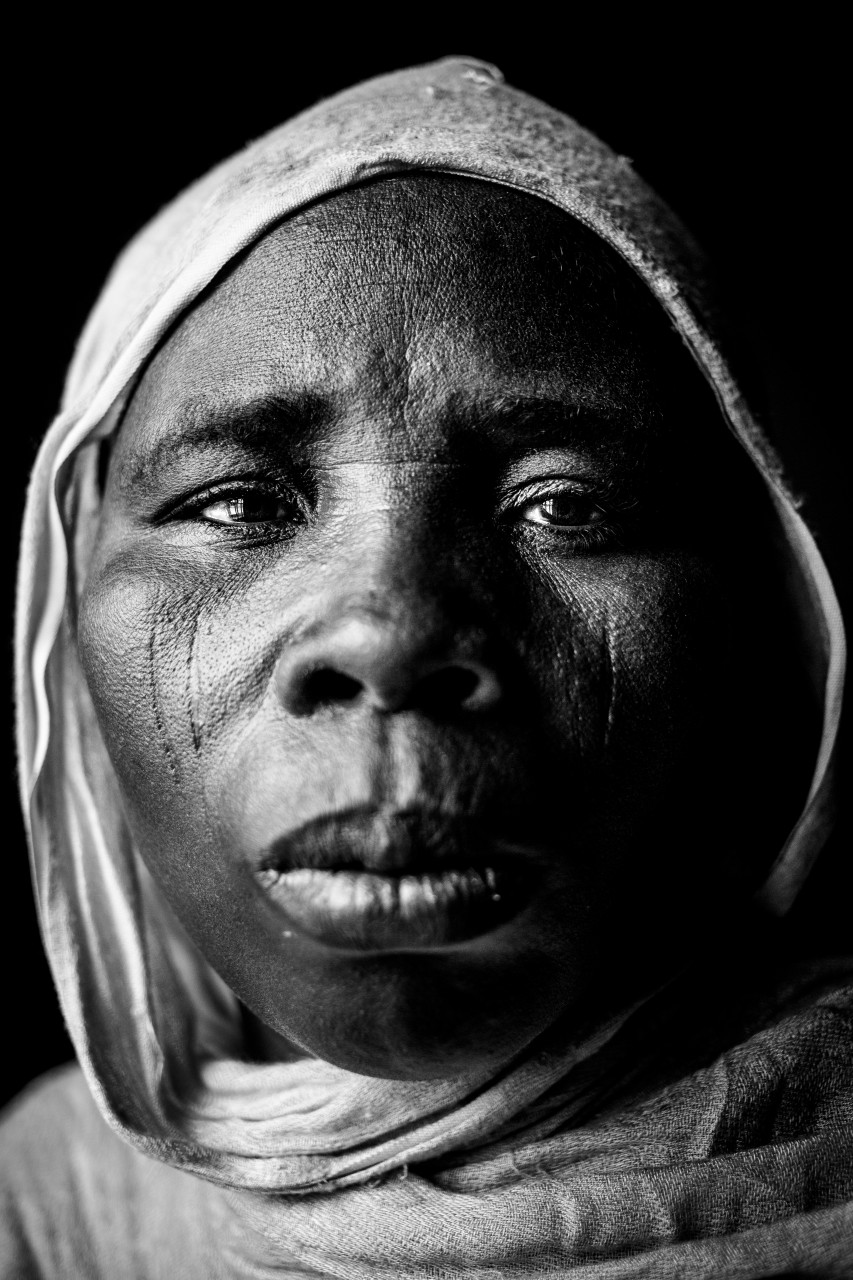 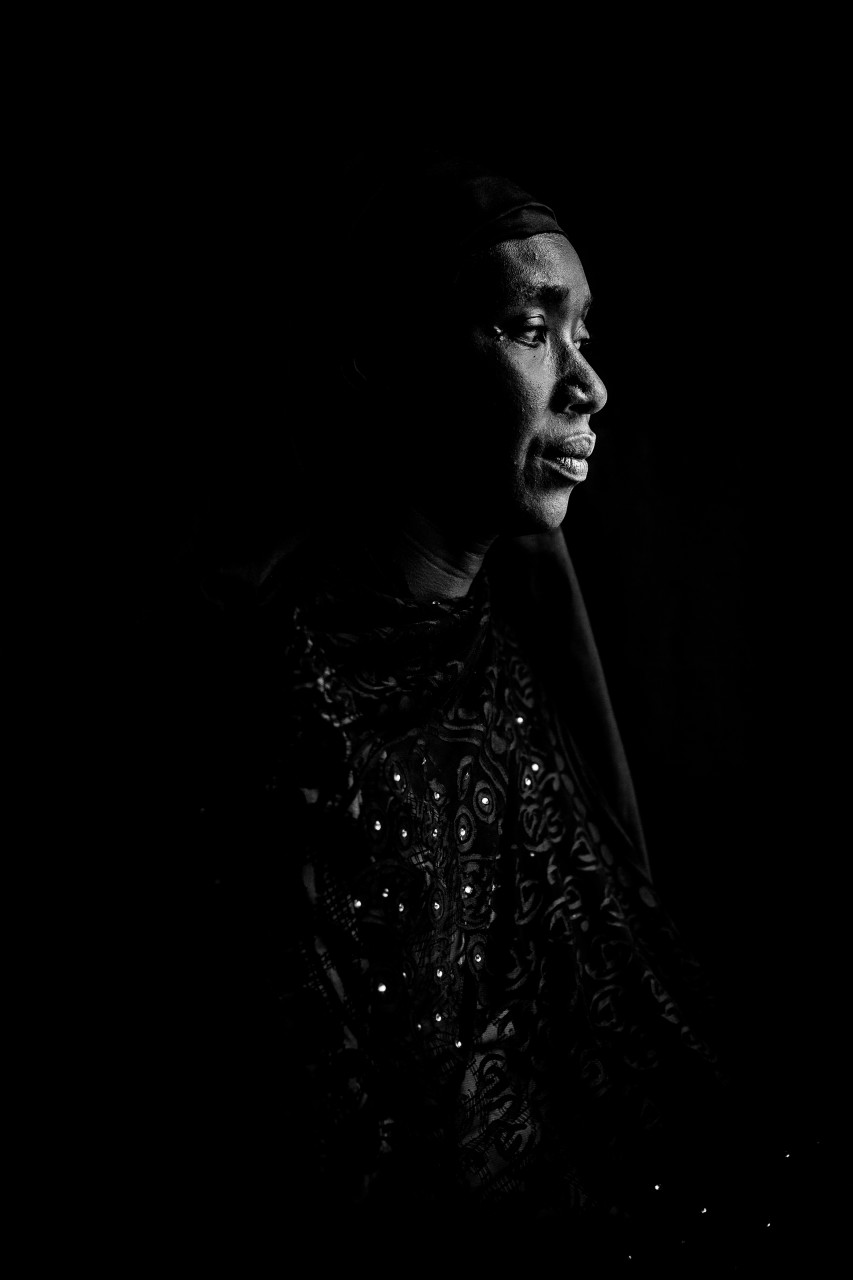 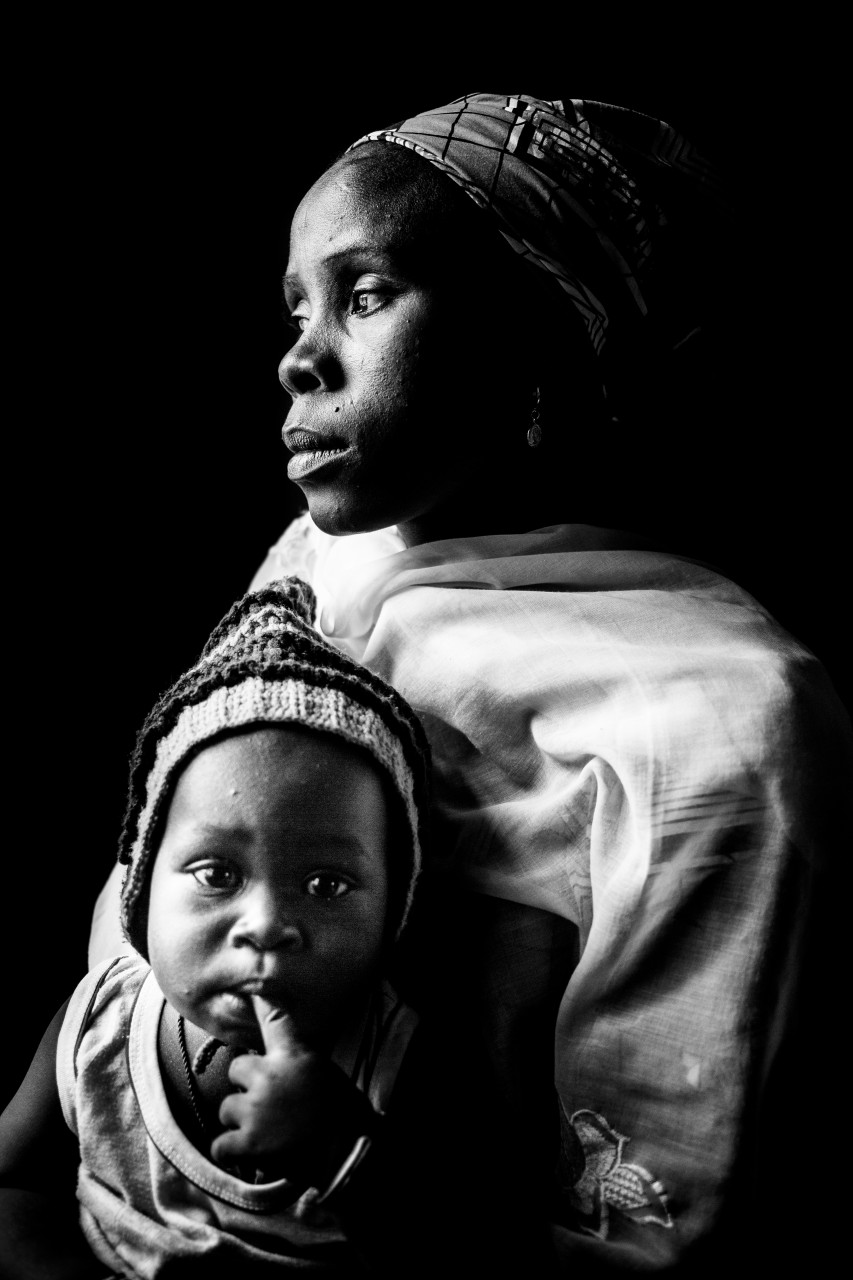 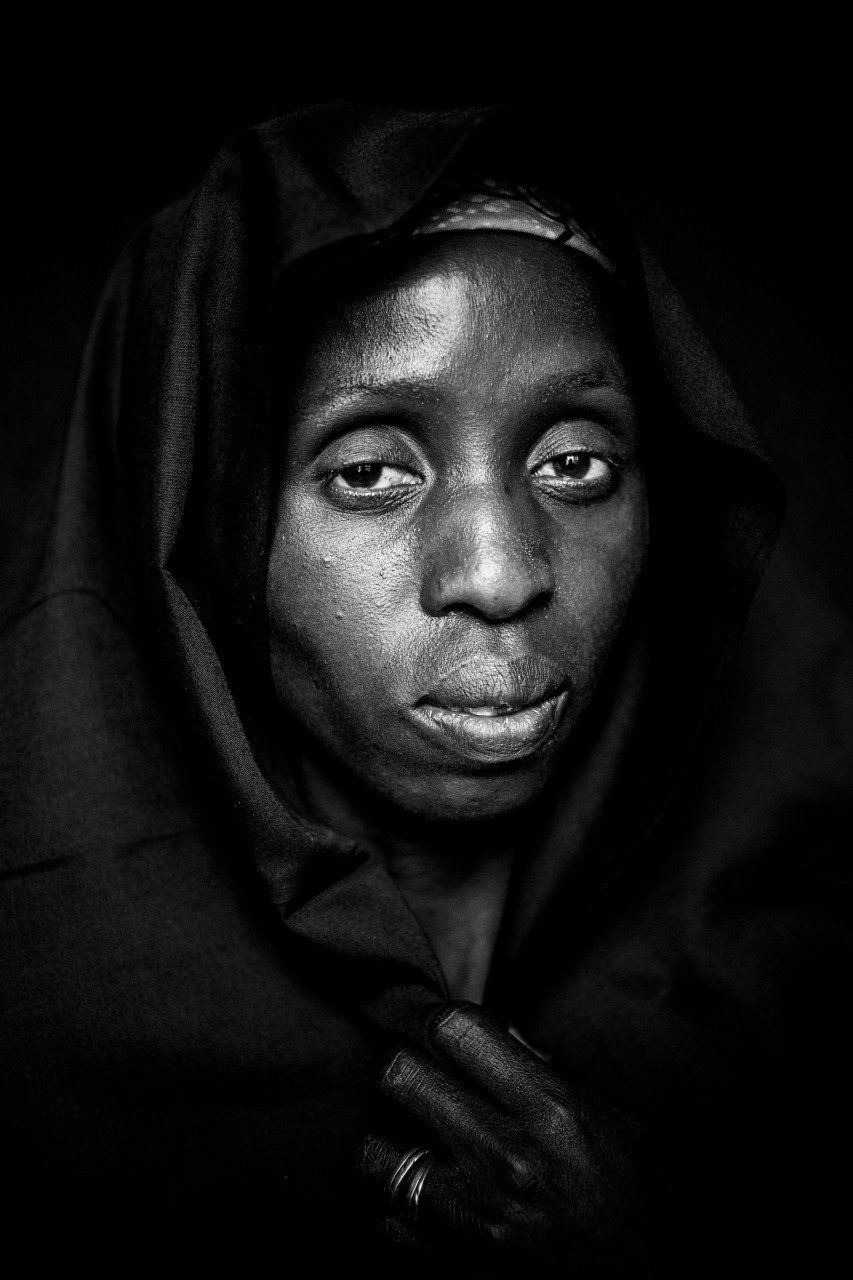 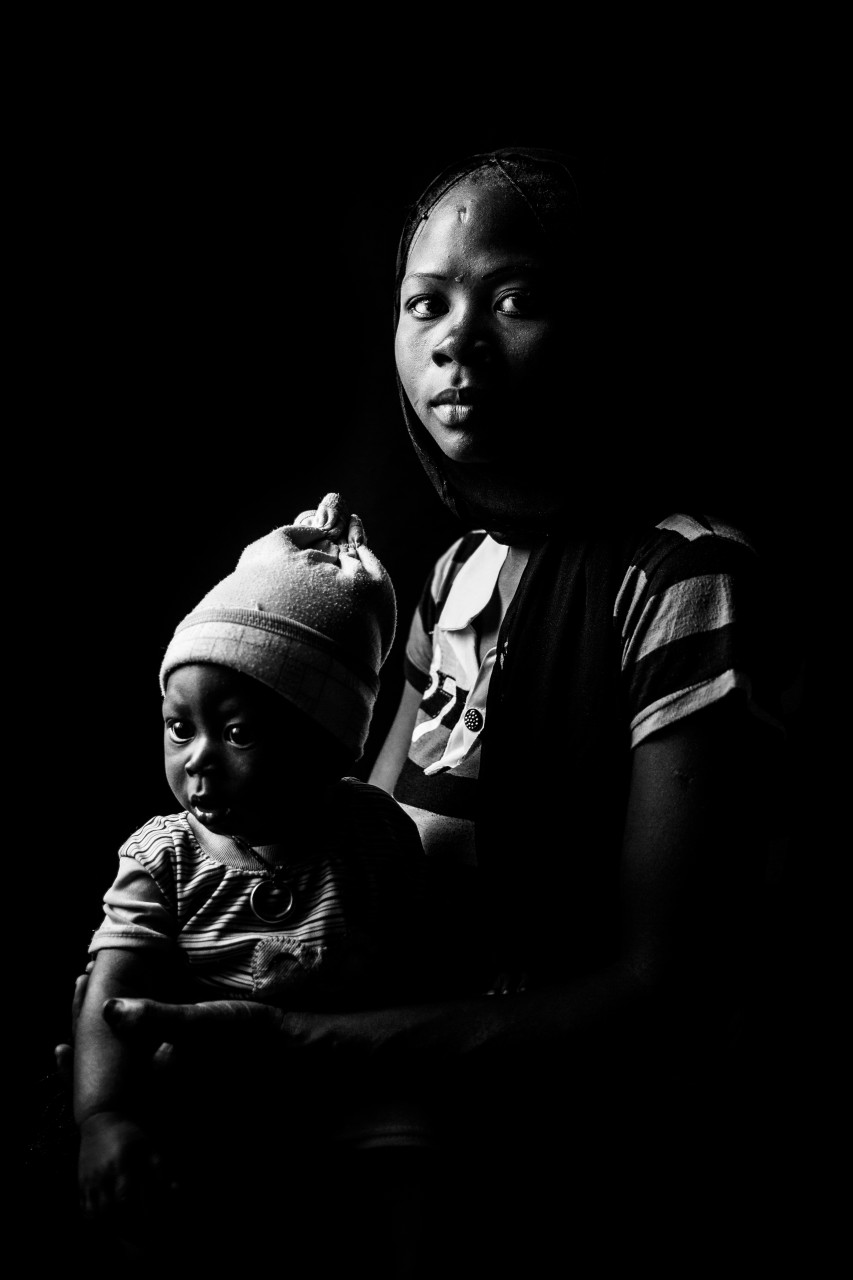 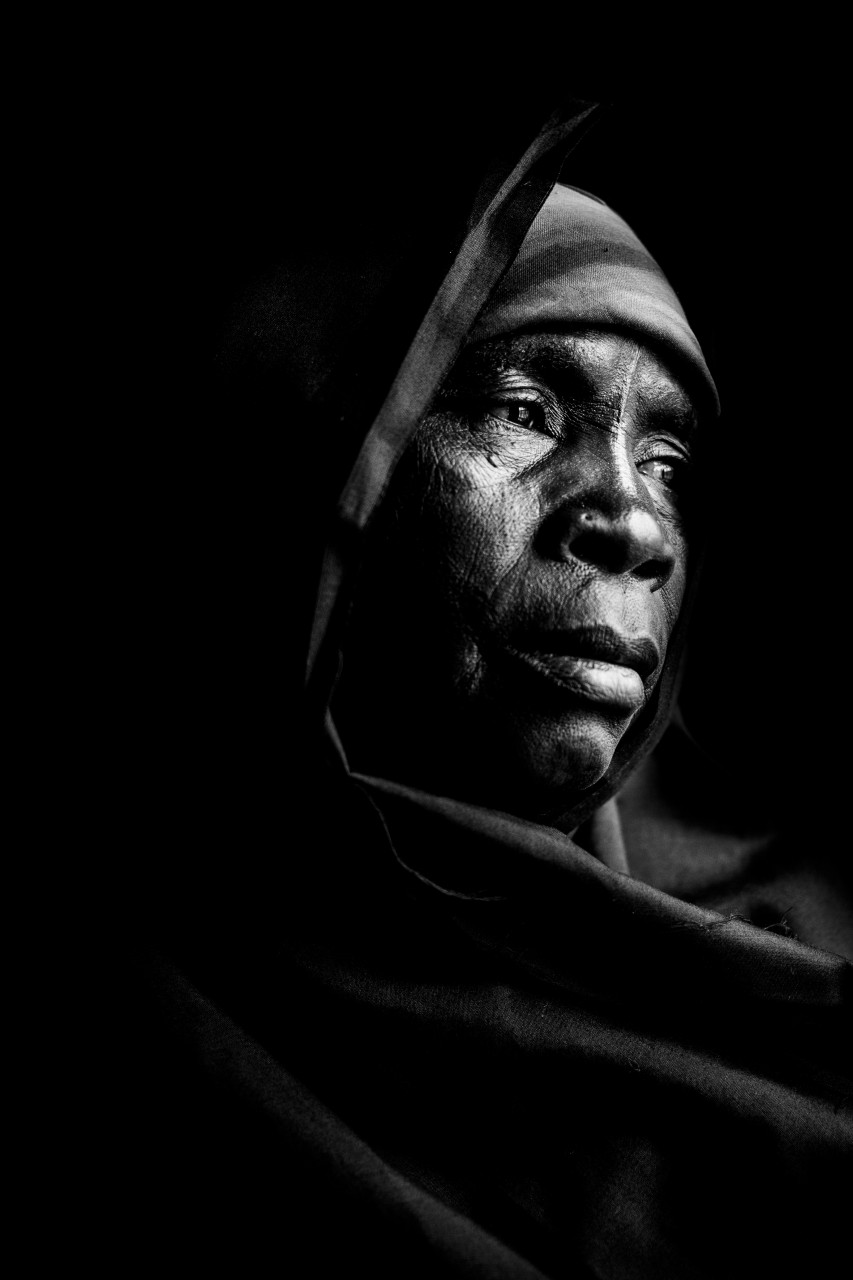 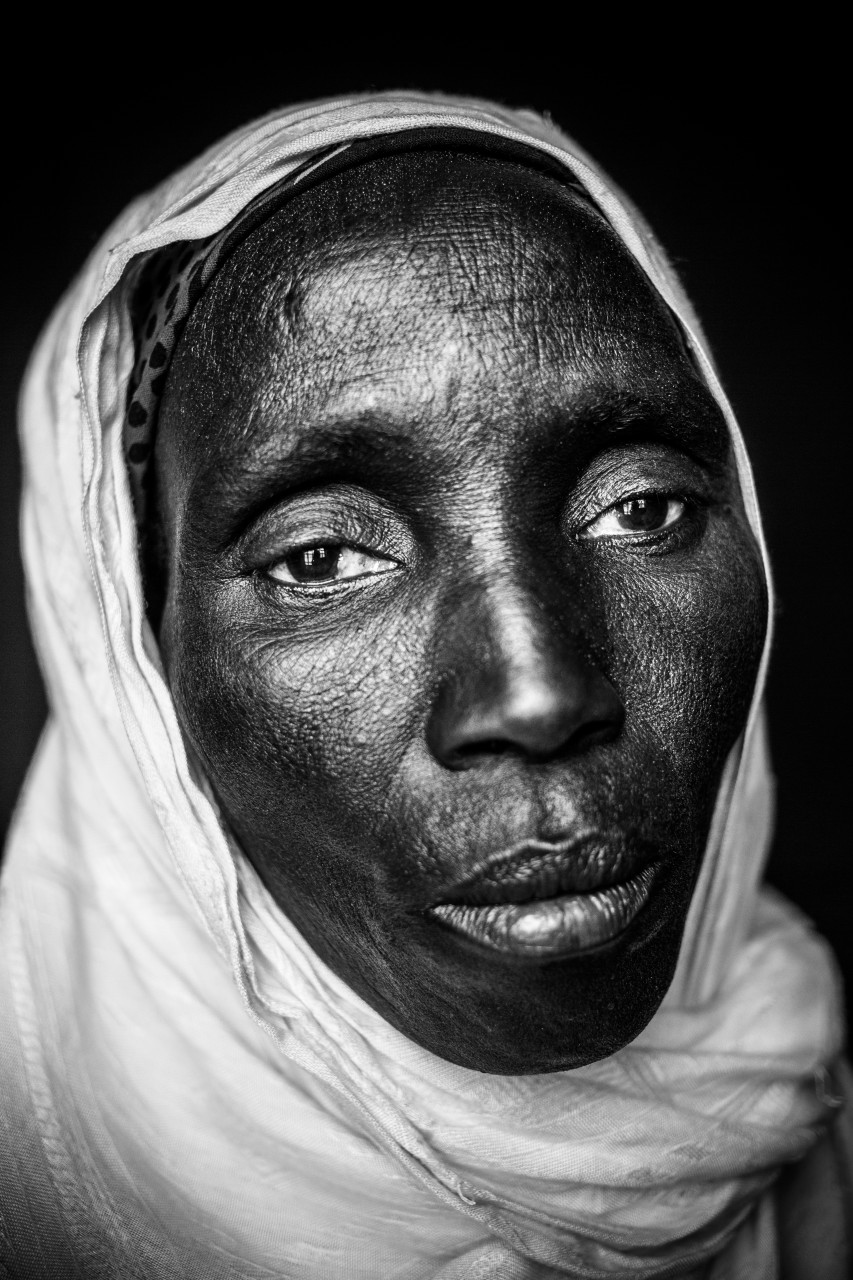 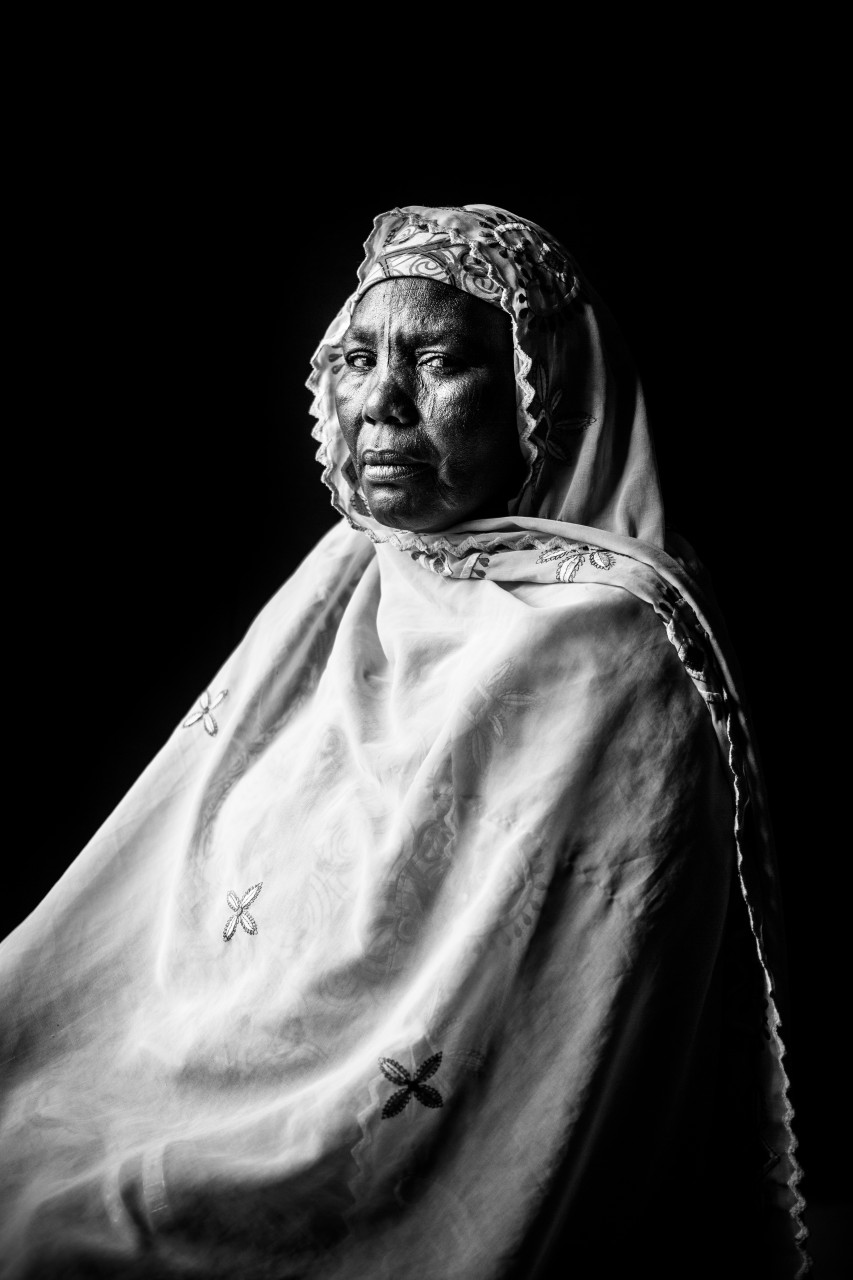 Fabi Buba, from Gulak, Muslim. Born in 1949, she spent one month in Boko Haram captivity.

Hajaru Buba, from Michika, Muslim. Born in 1981, she spent seven months in Boko Haram captivity. Her child is the result of rape by a Boko Haram fighter.

Zainab Isa, from Duhu. Born in 1999, she spent seven months in Boko Haram captivity. Her son, Isa (pictured), is the result of rape by a Boko Haram fighter.

Jara Ahmadu, from Shua, Muslim. Born in 1974, she spent one week in Boko Haram captivity.

More than six years into their bloody campaign in northern Nigeria and the surrounding Lake Chad region, Boko Haram extremists have killed around 20,000 people. Entire villages have been razed to the ground; men and boys executed or forcibly recruited to join the militants’ ranks; and women and girls taken against their will as wives and household slaves. As part of the group’s brutal effort to establish an Islamic caliphate ruled under a strict interpretation of sharia, its militants have conducted mass rape.

And though Yola is safer than the most besieged areas of the country farther north, it is not free from the fear imposed by the group, which pledged allegiance to the Islamic State in March 2015. Thousands of displaced people are still seeking shelter in the city of 350,000 residents. Despite some critical military successes on the part of the Nigerian government, and a regional taskforce supported by Chad, Niger, Cameroon, and Benin, which have caused the group to lose control of much of its territory (an area once estimated as the size of Belgium), Boko Haram continues to terrorize parts of Nigeria.

These photographs were taken in a safe location in Yola, away from the St. Theresa's refugee camp on a hot day in January. There was a single room set aside, where these portraits — of some 40 women — could be taken in relative quiet from the morning through the afternoon. Apart from the bits of conversation and interview, the only noise was the audible click of the camera’s shutter. The only source of light came from the room’s one window. 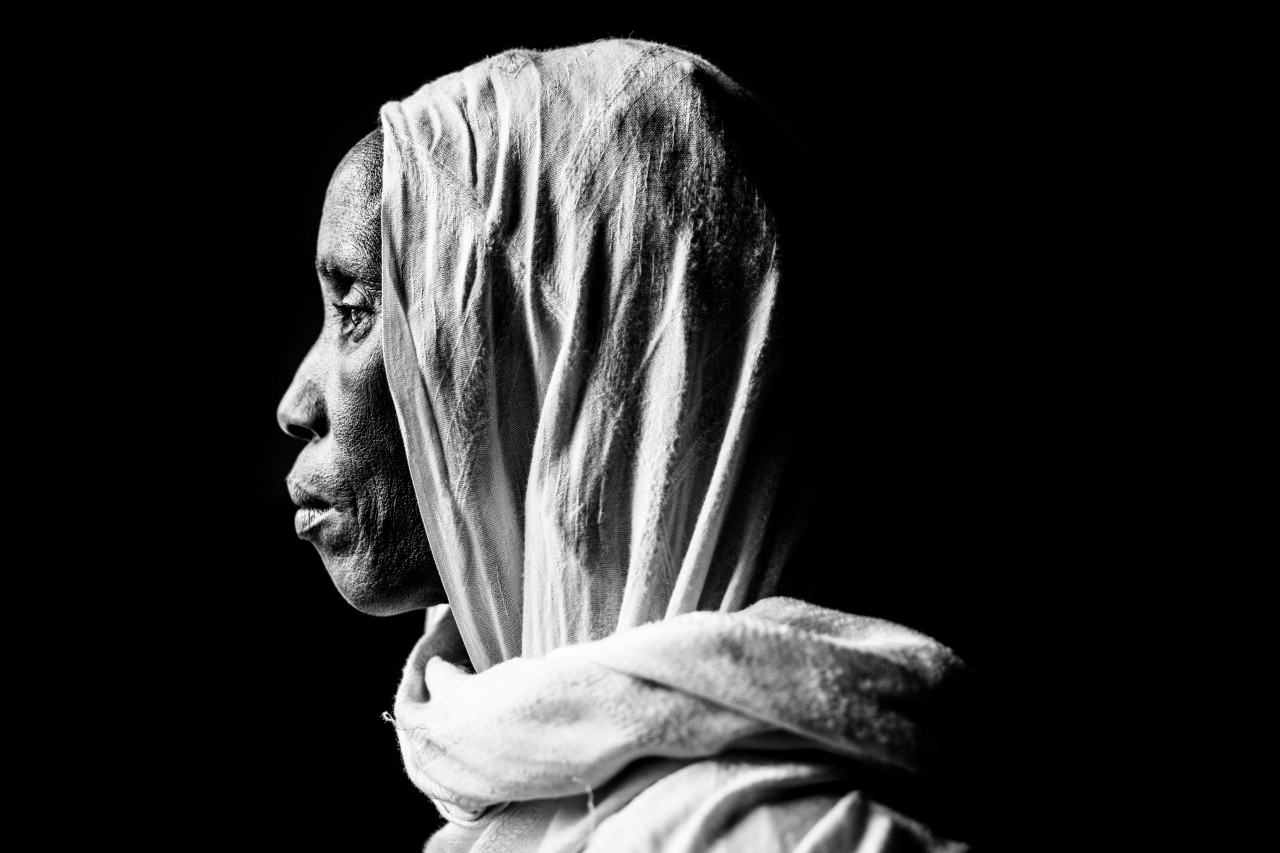 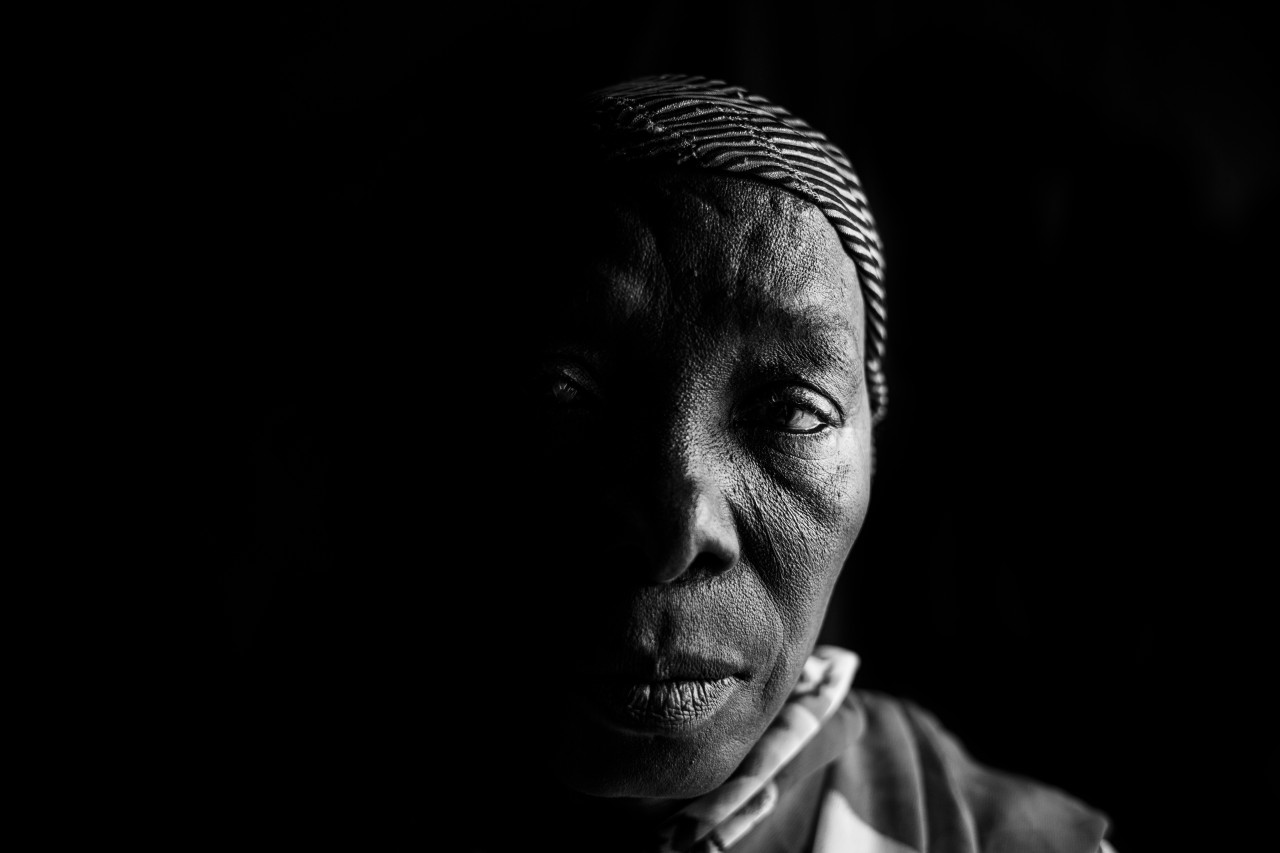 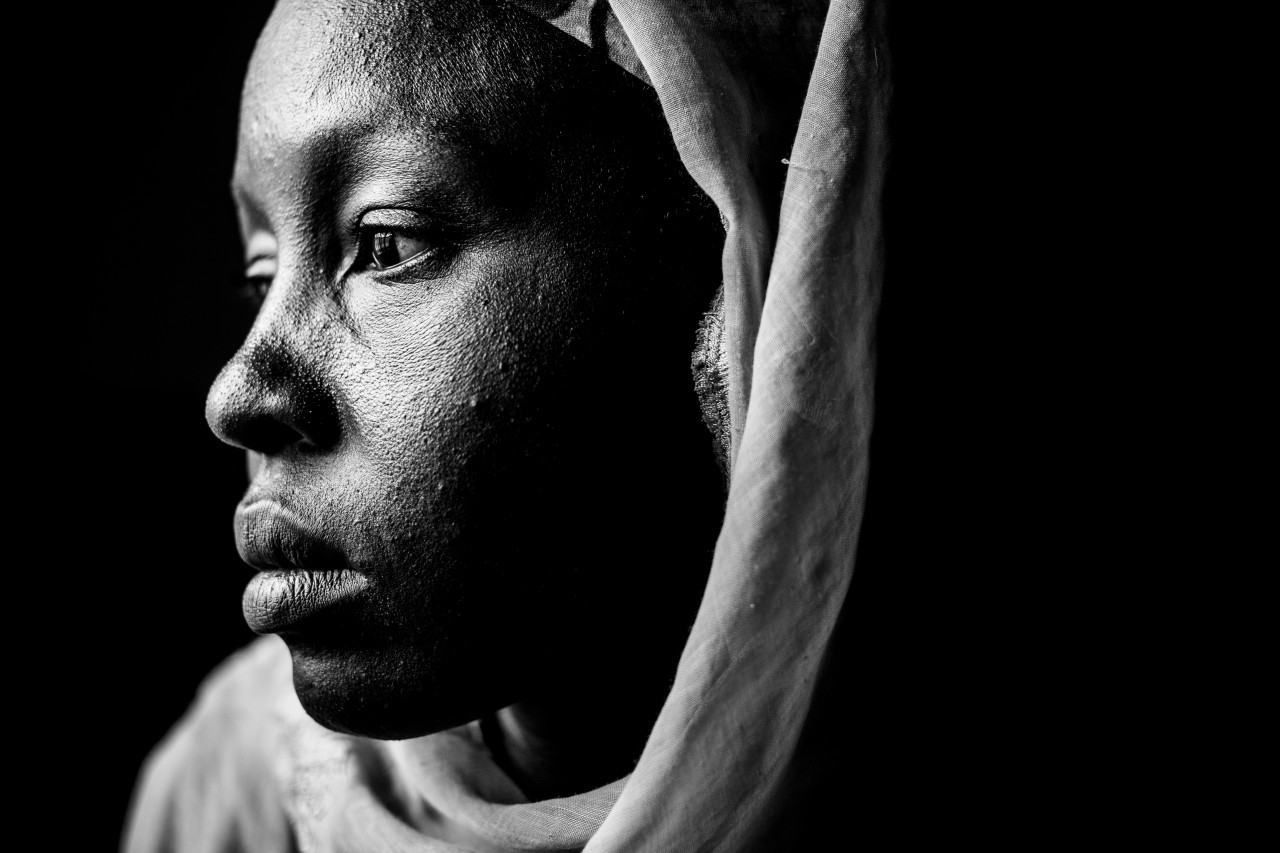 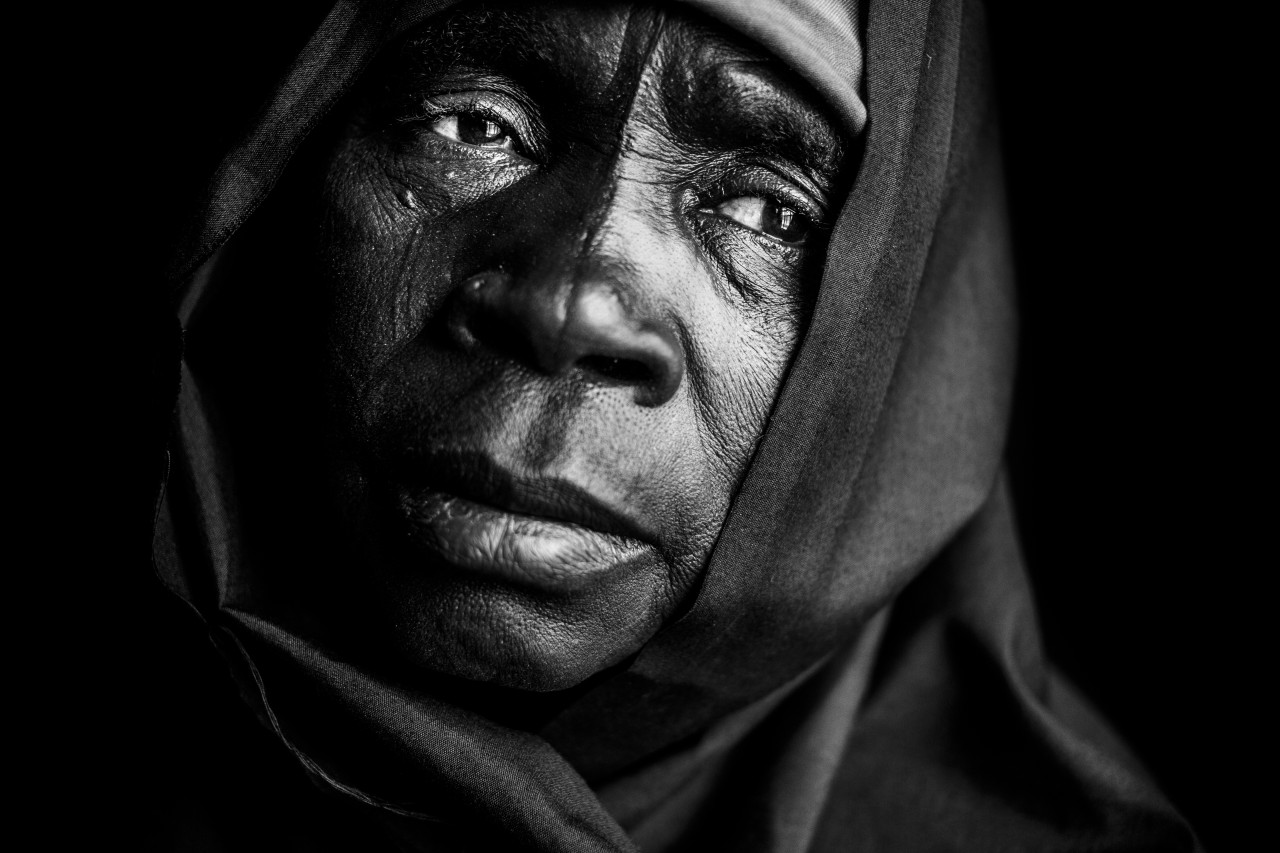 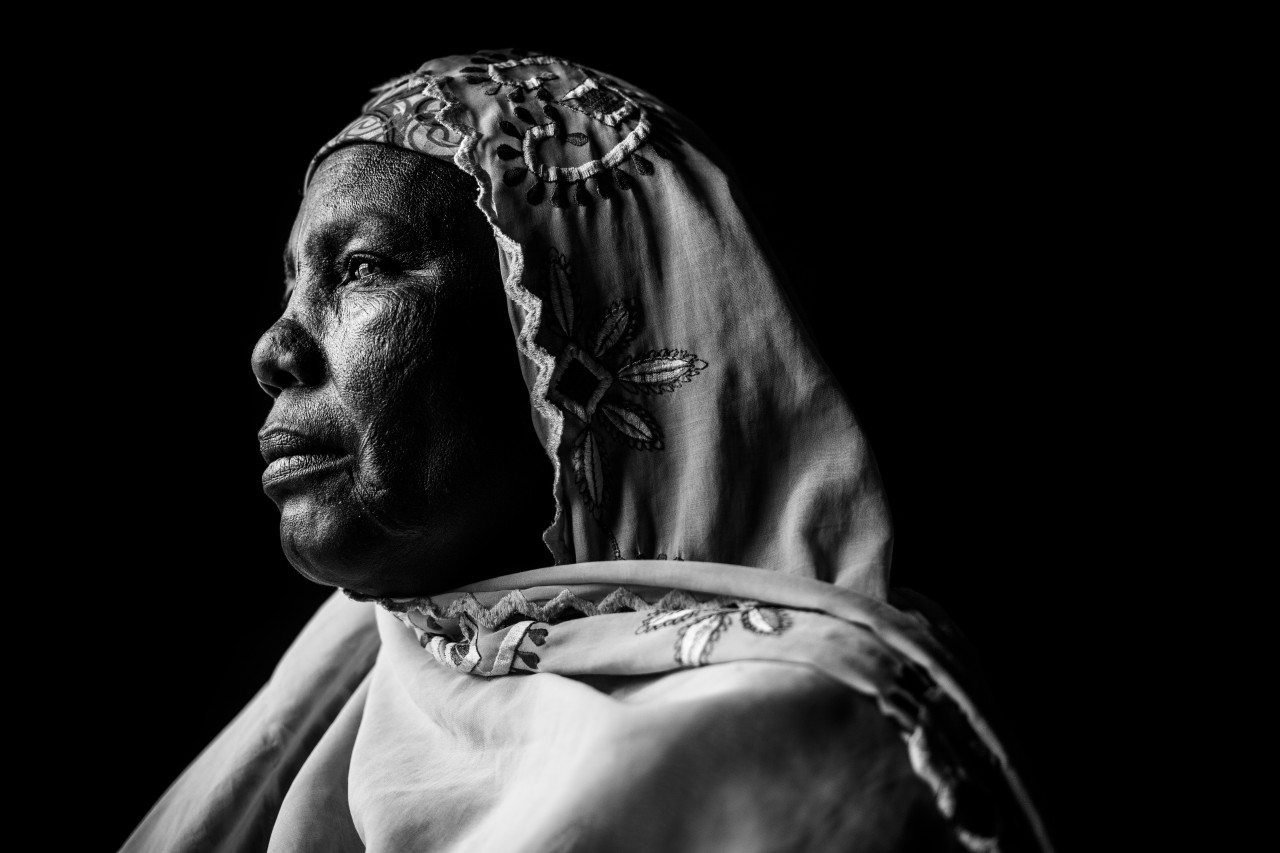 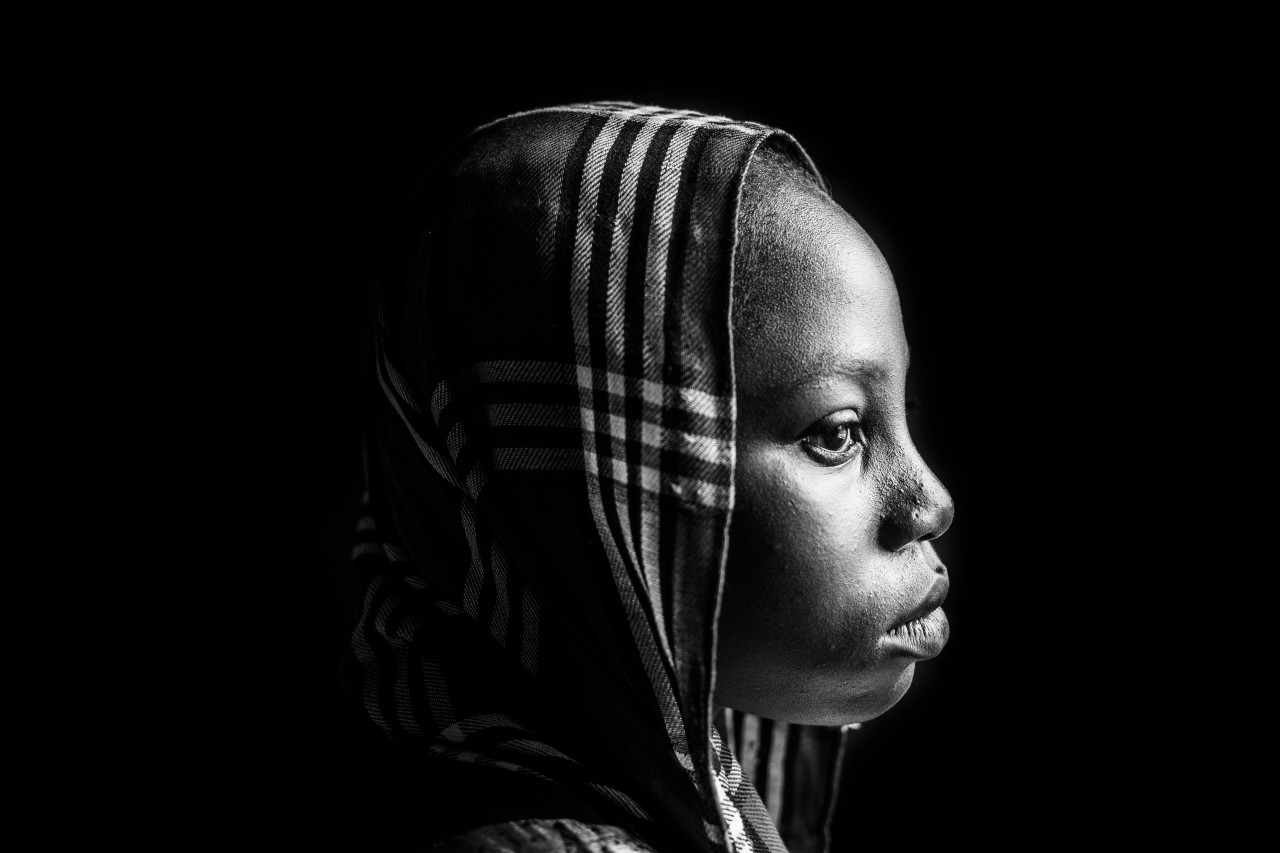 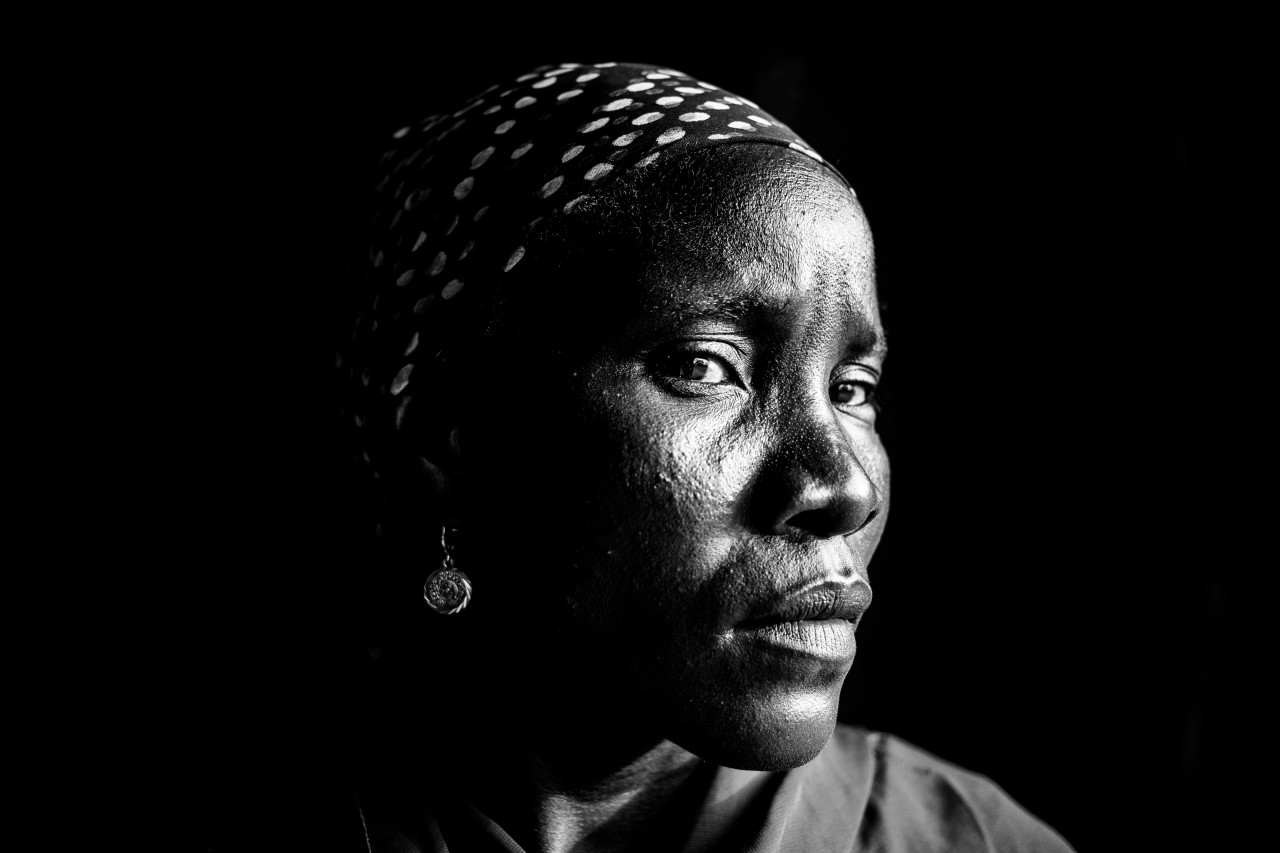 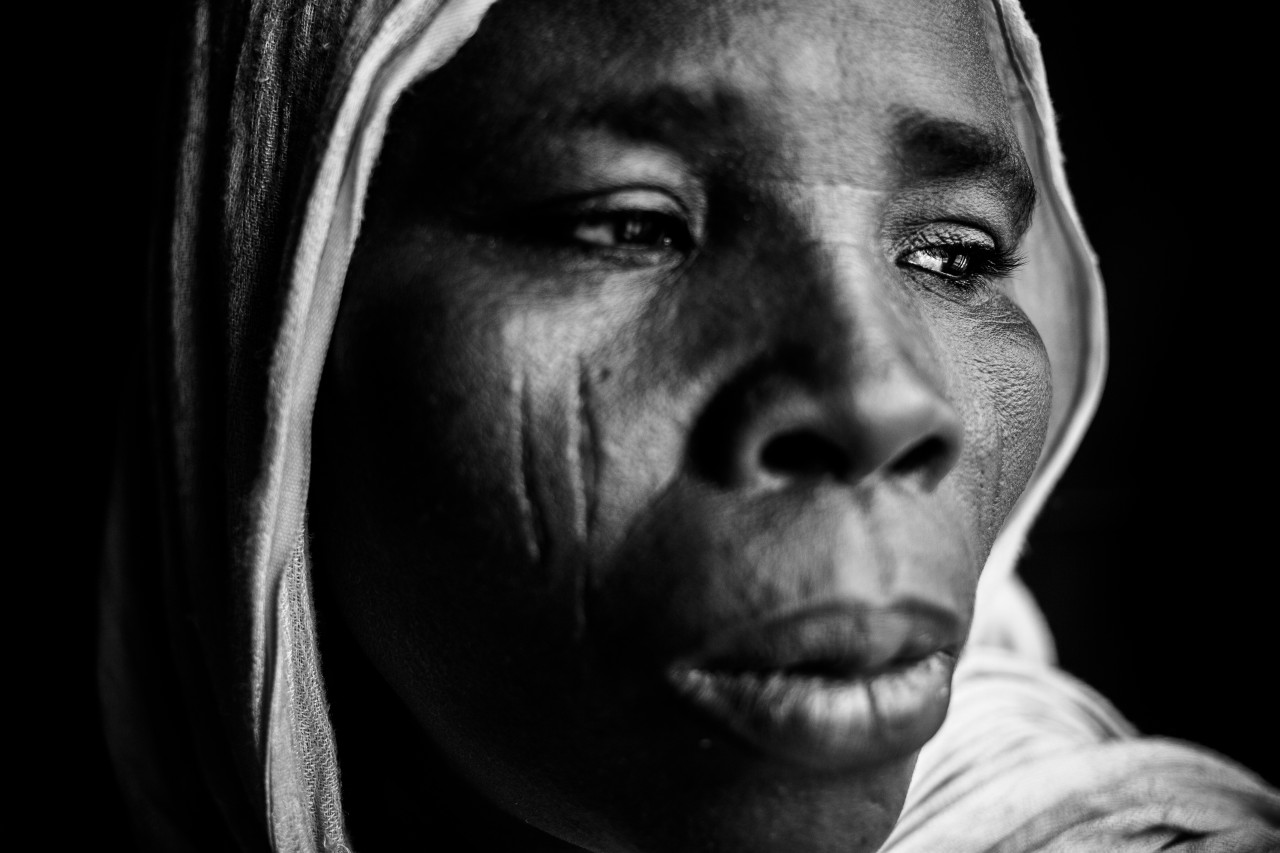 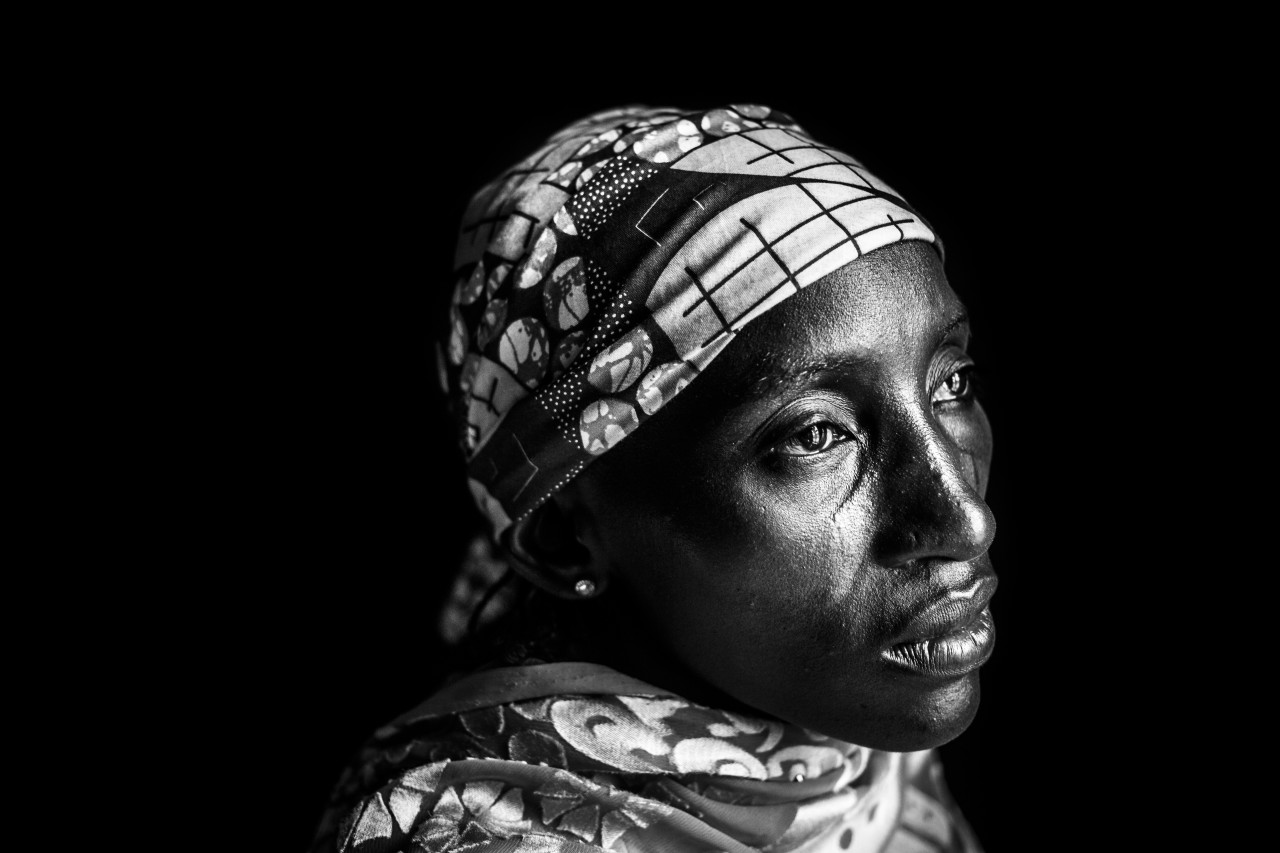 Jara Ahmadu, from Shua, Muslim. Born in 1974, she spent one week in Boko Haram captivity.

Tani Bitrus, from Gwoza, Christian. Born in 1956, she spent one month in Boko Haram captivity.

As these women — the ones who chose to speak of their captivity — shared pieces of their stories, an air of defiance permeated the room. It varied from woman to woman in its intensity, but it never entirely disappeared.

Mary John Ibrahim, a Christian woman in her early 50s, was working in the government hospital in Gwoza when Boko Haram overran the area and burned down the hospital.

With many other residents, she fled in panic to the bush, only to be later captured by Boko Haram and brought back to Gwoza, where she was held for two weeks. During that time, she was forced to convert to Islam; when she refused, she was beaten severely and starved as punishment. One night, she was able to flee and hide in the mountains along the Cameroonian border, where, for one month, she was hidden and fed by local Muslims, who later on helped her cross the border to Cameroon.

During the takeover of Gwoza, 60-year-old Tani Bitrus was captured alongside 50 other women by Boko Haram. Her husband was executed by fighters.

During her monthlong captivity, she and the other women were compelled at gunpoint to learn Islamic teachings; when they confessed to being unable to read the Quran, the women were beaten. One day, while on the way to the market, Tani and three other women escaped, helped by Muslim women of the same Salidva tribe. Eventually, they escaped to Cameroon and, after that, to the St. Theresa's camp in Yola.

But oftentimes, instead of returning to supportive communities, those women who manage to escape Boko Haram return to an unexpected stigma. According to a February report published by UNICEF and International Alert, these women are often referred to as “Boko Haram wives.” And for those who become pregnant after being raped in captivity, their children are thought tainted because they have “bad blood.”

Many of the women from Gwoza — like Laraba, Mary John, and Tani, who now live in the St. Theresa's camp — are afraid to go home.

Andy Spyra is a freelance photographer currently based in Dortmund, Germany.
Siobhán O’Grady, a staff writer at Foreign Policy, contributed to this story.