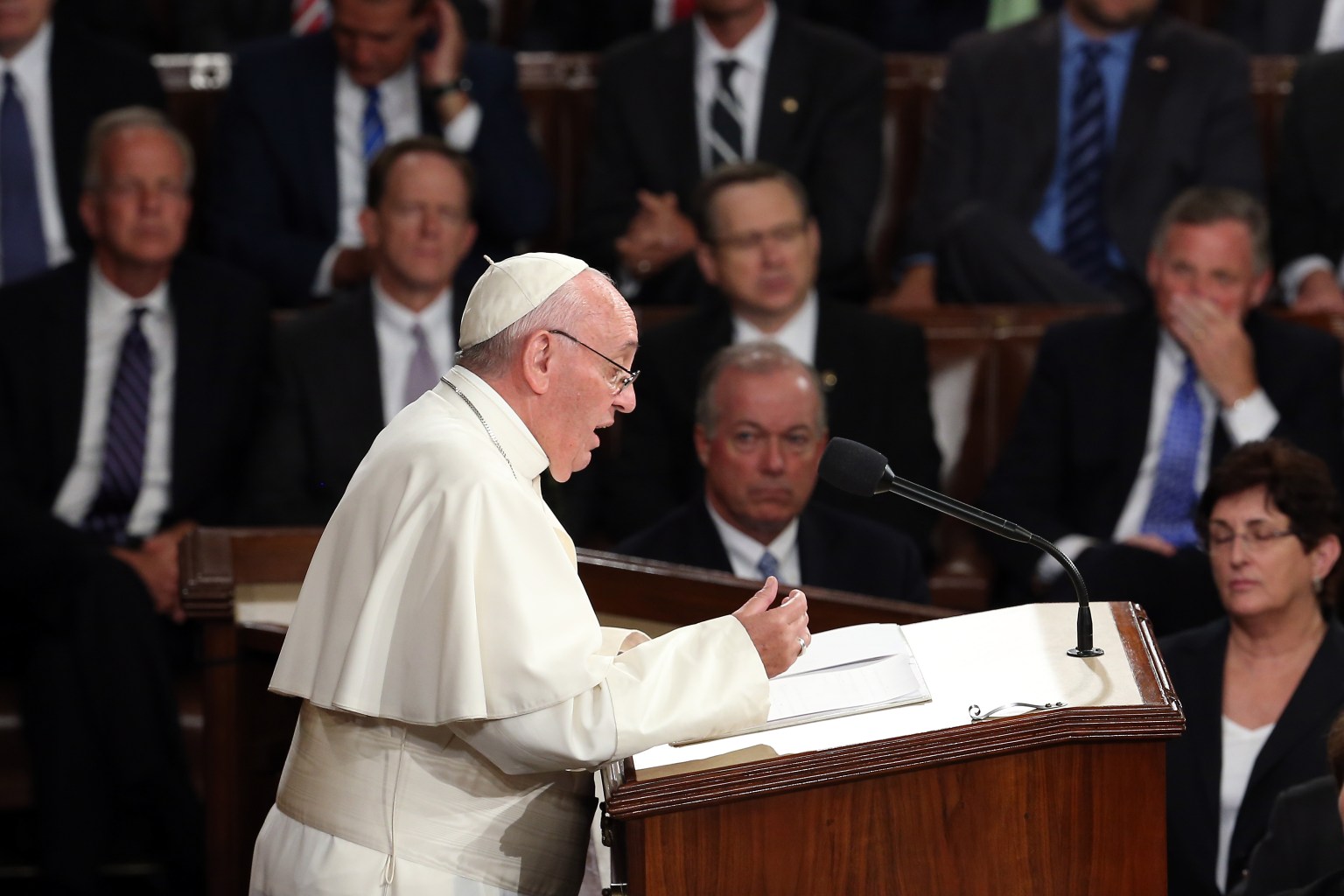 “The New Morality of Pope Francis,” by James Carroll, the New Yorker

For years, priests have been quietly defying the Vatican on family issues. Now Pope Francis has brought them out of the shadows.

I could have used Pope Francis’s latest apostolic exhortation, “Amoris Laetitia” (“The Joy of Love”), when I served as a Catholic priest, almost half a century ago. I was ordained in early 1969, a few months after the promulgation of “Humanae Vitae,” the Vatican’s resounding condemnation of “artificial birth control,” which would define my future. I was a chaplain at a university where, true to the era, the norms of sexual morality had been upended. I certainly saw the need, in those wild days, for a humane and ethical analysis of the state of sexual intimacy, personal commitment, erotic longing, and gender rights. But, believe me, the triumphalist salvo from Rome made the moral condition worse, not better. Like many priests of my generation, I declined to affirm the birth-control teaching. On the contrary, I encouraged the young people who sought my advice to be sexually responsible, especially since the mature use of contraceptives could avoid a later choice about abortion. 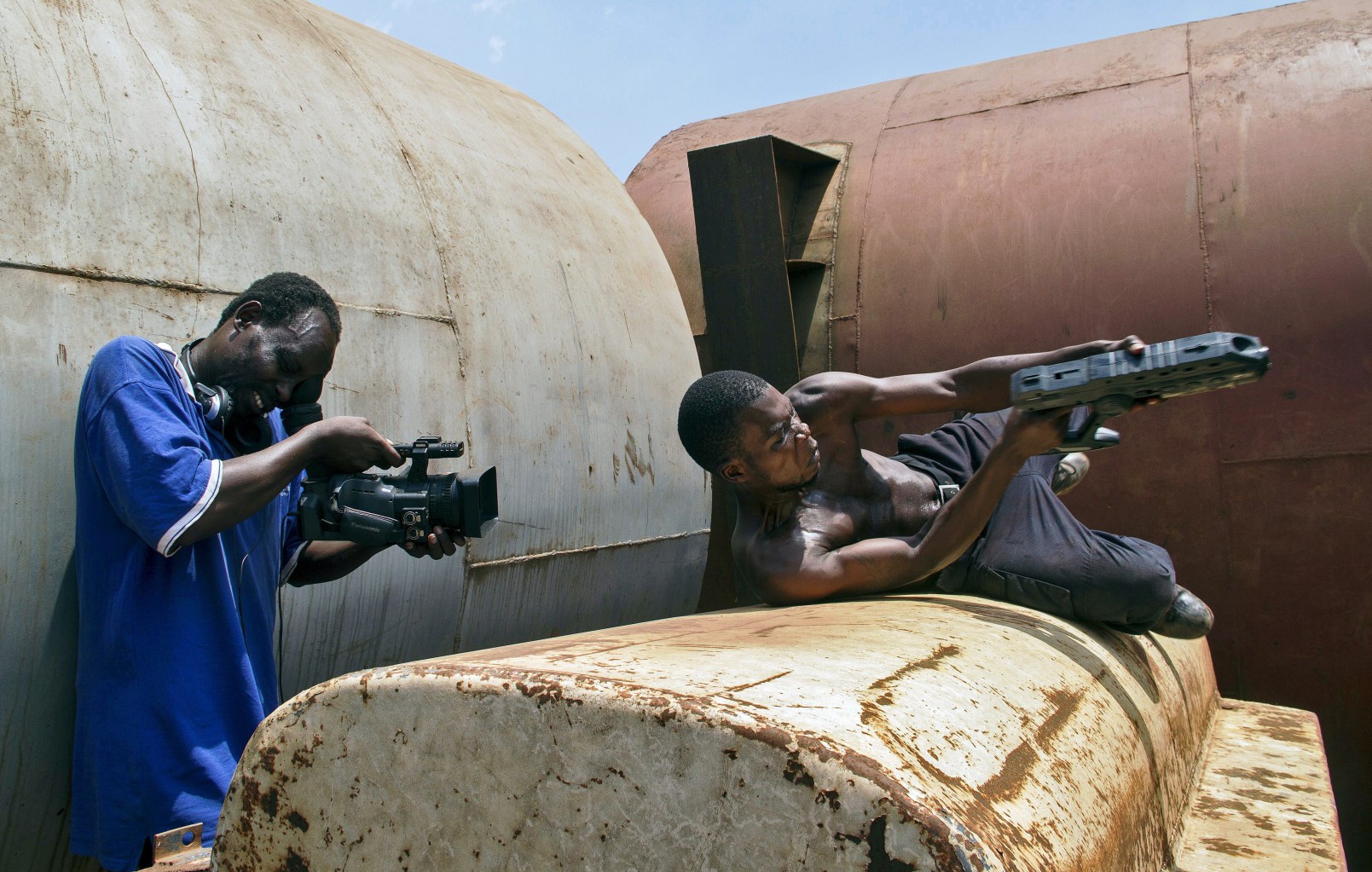 Nighttime in the village of Kaliti, Uganda.

It’s disarmingly dark, because there is no electricity here. A man with a movie camera shouts, “Action!” Two hand-built light grids pull power from a faltering generator, shining their beams on a bearded, wild-eyed, undernourished mzungu in tattered clothes. He’s being chased through the jungle by over a dozen screaming, chanting Ugandans, children included, in full cannibal regalia — banana leaf skirts, necklaces of bones, remnants of goat’s blood.

They corral, form a circle as the terrified intruder is forced to go one-on-one with a new arrival — a robed cannibal priest who adopts a kung fu battle stance. After a limber punch-up and some supernatural combat involving an amputated hand, the mzungu breaks free and the pursuit continues. This time the cannibals are on motorcycle, racing downhill through a forest. They spread out, trapping their unlucky catch in a huge hunting net. 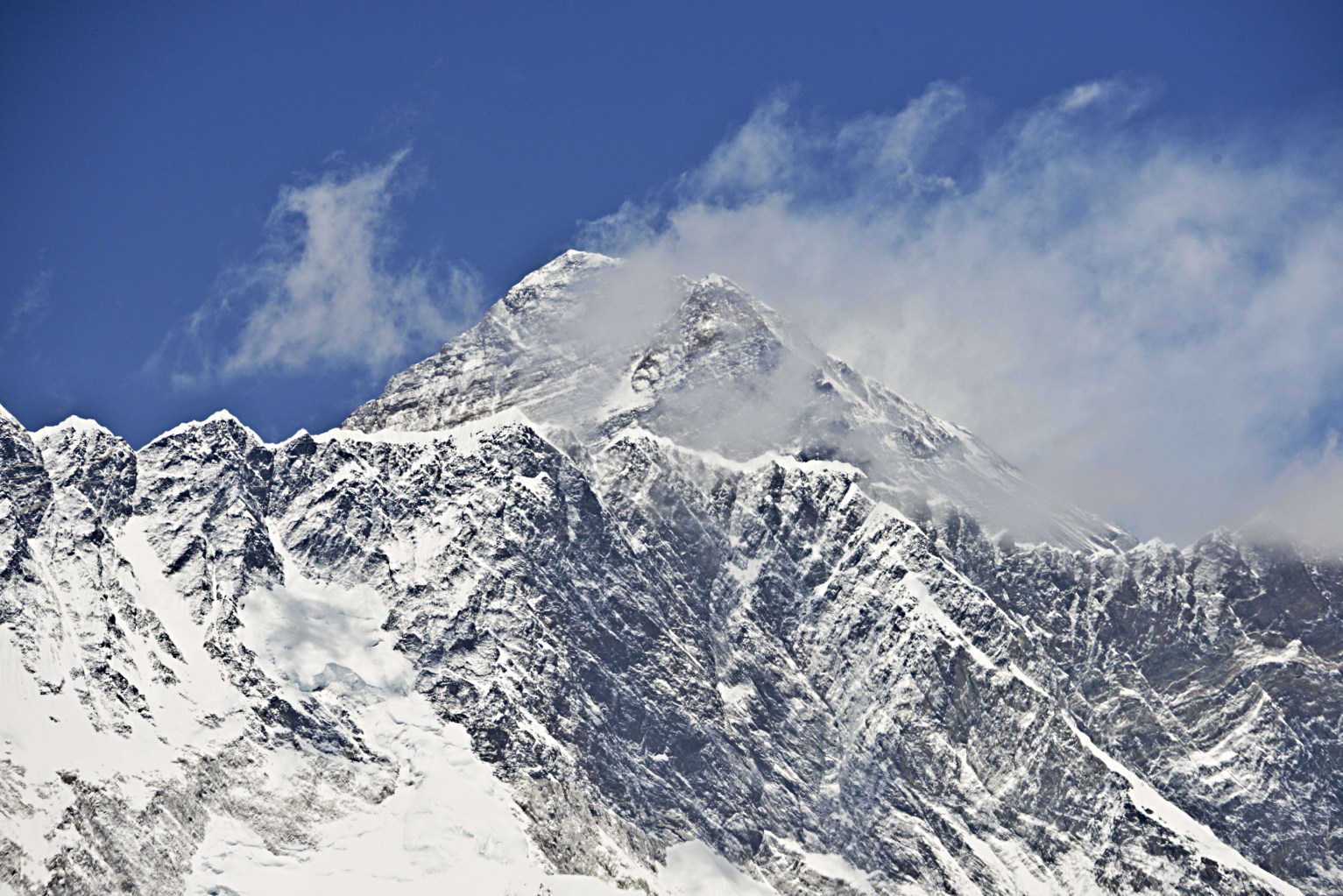 After two years of unimaginable tragedy, everyone from outfitters and Sherpas to would-be climbers and the Nepalese government is questioning the future of commercial mountaineering. And then there’s Morton, a veteran guide who spent the past year asking: What happens when you try to leave the world’s most lucrative mountain forever?

The ground beneath you can shift at any moment.

For David Morton, it happened when he was going to see about some yaks. On April 25, 2015, the mountain guide and photographer, who is now 44, walked out of Thame, a small Sherpa village in the Khumbu region of Nepal. He knew the route well. Since 2001, when Morton began working in the Himalayas — first on Cho Oyu and Ama Dablam, and then on Mount Everest as lead guide for Seattle outfitter Alpine Ascents — he had based countless trips out of the Thame Valley, a regional hub of about 1,000 people. One of his mentors and closest friends, Lakpa Rita, the legendary sirdar, or lead Sherpa, for Alpine Ascents and a 17-time Everest summiter, hails from the area and has hired many of its men to work as high-altitude porters. Back in Seattle, Lakpa Rita’s daughters occasionally babysit Morton’s five-year-old son, Thorne. 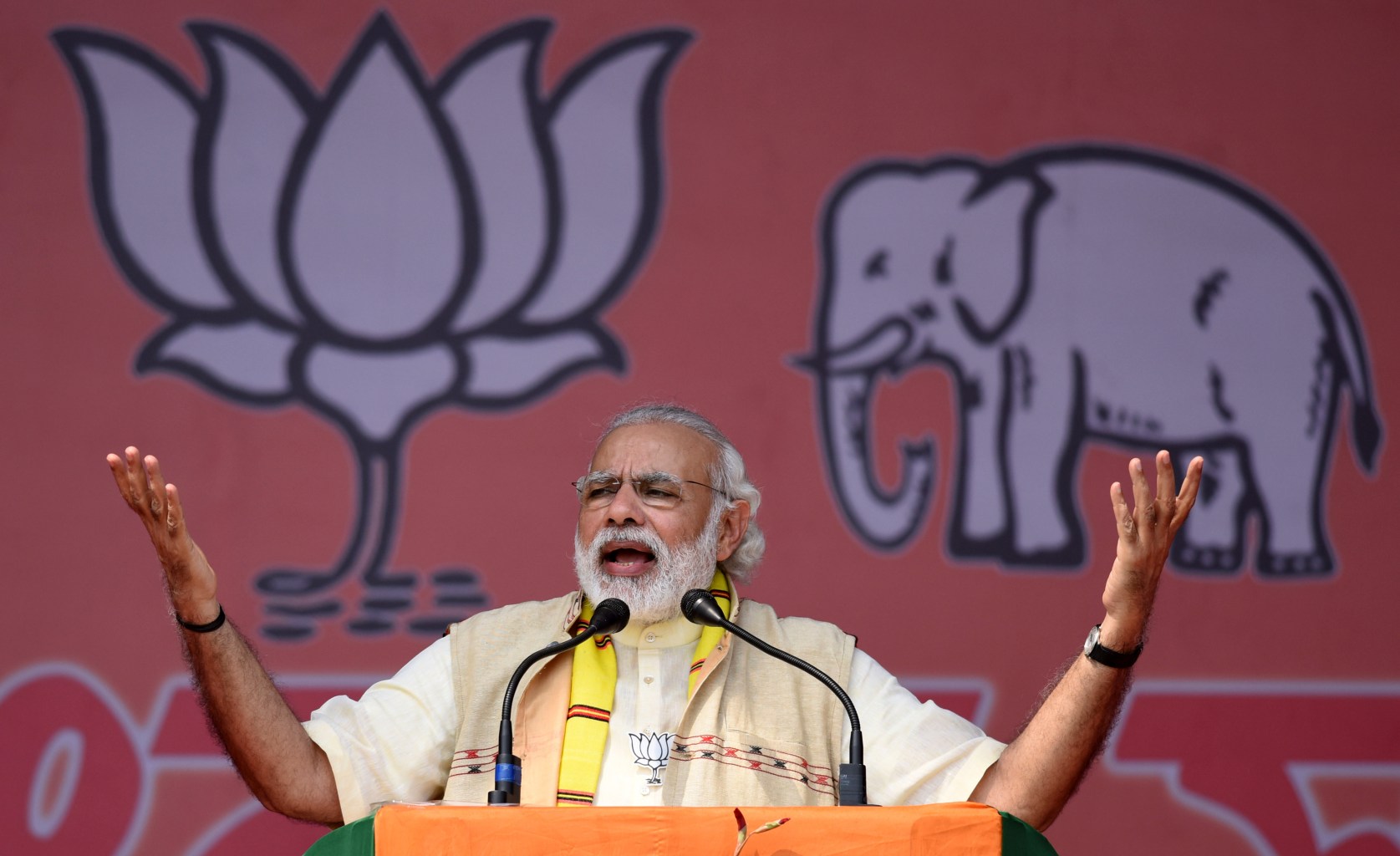 “The Spectre,” by Krishn Kaushik, the Caravan

Politicians play on the fear of immigrants in the Indian state of Assam.

On the afternoon of 22 Febuary 2014, Gujarat’s then chief minister, Narendra Modi, strode up to a lectern at a political rally in Silchar, in southern Assam, around 40 kilometres east of the Bangladesh border. Dressed in a peach kurta, a patterned beige stole and a white, gold-bordered turban, Modi resembled an elderly groom more than a prime-ministerial candidate. As he spoke, the crowd of tens of thousands regularly erupted in chants of his name. 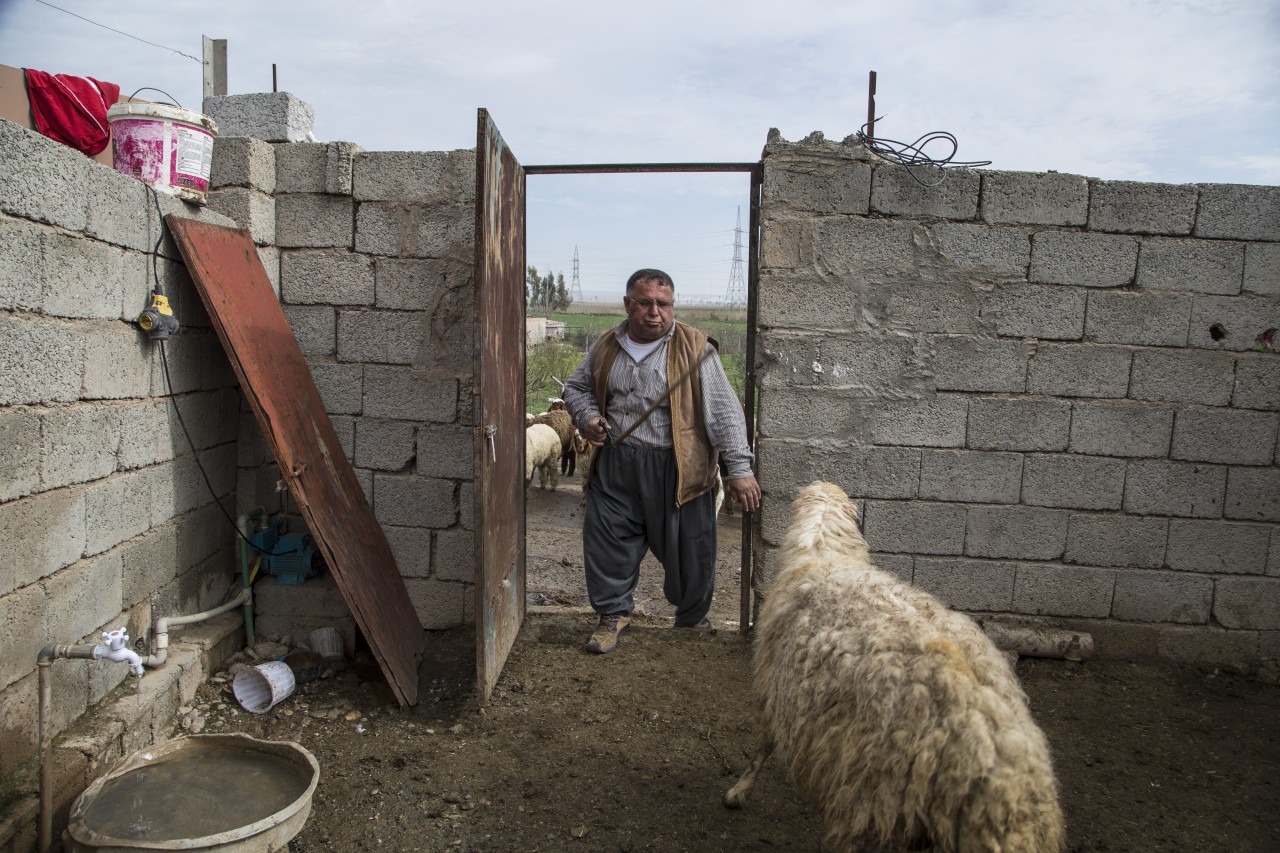 As the jihadi group loses ground in northern Iraq, it’s leaving poisoned wells and burnt farms in its wake.

SINJAR and KIRKUK, Iraq — From the moment Islamic State fighters surged into the Iraqi city of Mosul and then pushed deep into Kurdish-held territory in the summer of 2014, residents of Dibis have looked at their prized forest as more of a curse than a blessing.

This village, located in the hills southeast of the Iraqi Kurdish capital of Erbil, once used the forest as a picnicking spot. Now, its dense foliage was being used by jihadis for attacks on the town. Local peshmerga commanders feared their foes might replicate tactics they’d used elsewhere, torching trees to shroud their target in smoke, rendering airstrikes useless.

On a blustery day in early January 2015, a mob of panicked wild boar clattered through the main fruit and vegetable market — followed moments later by the telltale aroma of burning wood. Kurdish soldiers dashed into the woodland, searching the flaming undergrowth and clumps of oaks for enemy combatants. After recovering the bodies of two men — “Islamic State scouts,” a local security source called them — they formed human chains to ferry buckets of water from the adjacent Lower Zab River.