Photos: These Are the Military Drills That Spooked North Korea

Pyongyang is trying to convince the United States to suspend its annual springtime military exercises with South Korea.

With gray smoke streaming out of their hatches, a fleet of amphibious assault vehicles approaches a serene beach in Korea, blanketing the shoreline with a screen of dense brown fog before they land. Within minutes, hundreds of heavily armed U.S. and South Korean marines pour out of the vehicles and form a beachhead, positioning themselves to advance deep into enemy territory.

But the beach, it turns out, is empty. The marines were just practicing for an assault, using hovercraft and amphibious armored vehicles to storm simulated North Korean defenses.

This year’s joint exercise, which started on March 7 and is scheduled to continue through early May, includes some 17,000 Americans and 300,000 South Koreans, making it one-third bigger than last year’s drills. In fact, it’s the largest iteration of this annual exercise since Washington started military cooperation with Seoul in 1954, shortly after the Korean War.

On Saturday, North Korea even offered to stop testing nuclear weapons in return for an end to the intimidating military maneuvers just south of its borders.

“Stop the nuclear war exercises in the Korean Peninsula, then we should also cease our nuclear tests,” North Korean Foreign Minister Ri Su Yong told the Associated Press in a rare interview. The Hermit Kingdom most recently tested a nuclear weapon in January, which elicited a new round of U.N. sanctions in March.

If the exercises are suspended “for some period, for some years,” Ri added, “new opportunities may arise for the two countries and for the whole entire world as well.”

U.S. President Barack Obama, who is bound by treaty to defend the South in the event of an attack, promptly dismissed the proposal on Sunday. He said North Korea must show “seriousness in denuclearizing” before the United States would consider such a compromise.

Although it made the same offer last year, North Korea might view the 2016 exercises as more menacing. Unlike in past drills, when the two militaries focused on responding to an attack only after the fact, this year they are rehearsing for preemptive strikes and, according to press reports, decapitation raids on North Korea’s political leadership. The classified plan focuses on taking out North Korean missile silos and communication networks.

Below, Foreign Policy has selected photos of the military exercises. Click on the image for an enlarged view. 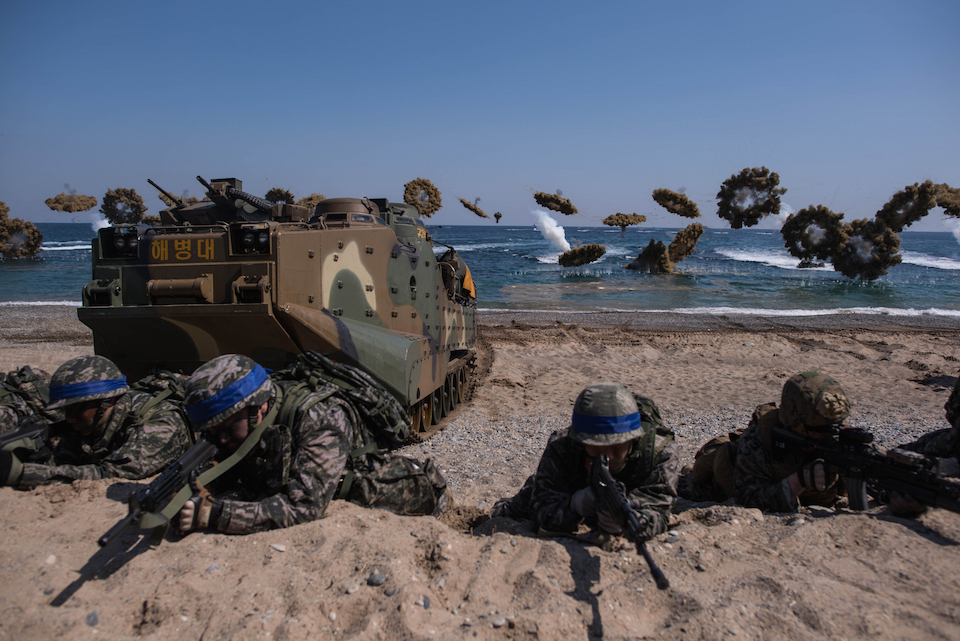 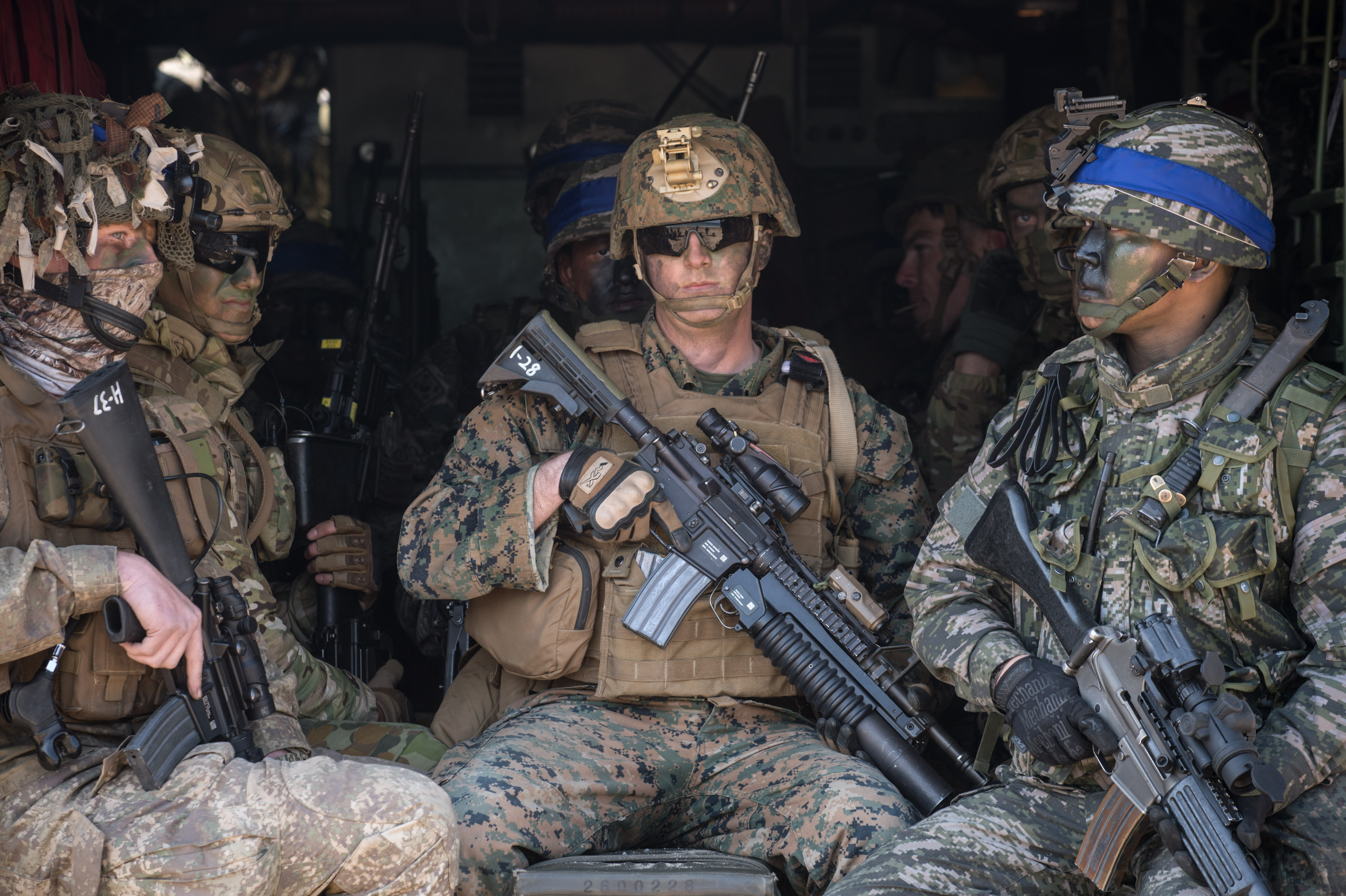 South Korean and U.S. soldiers wait inside an amphibious vehicle on March 12. 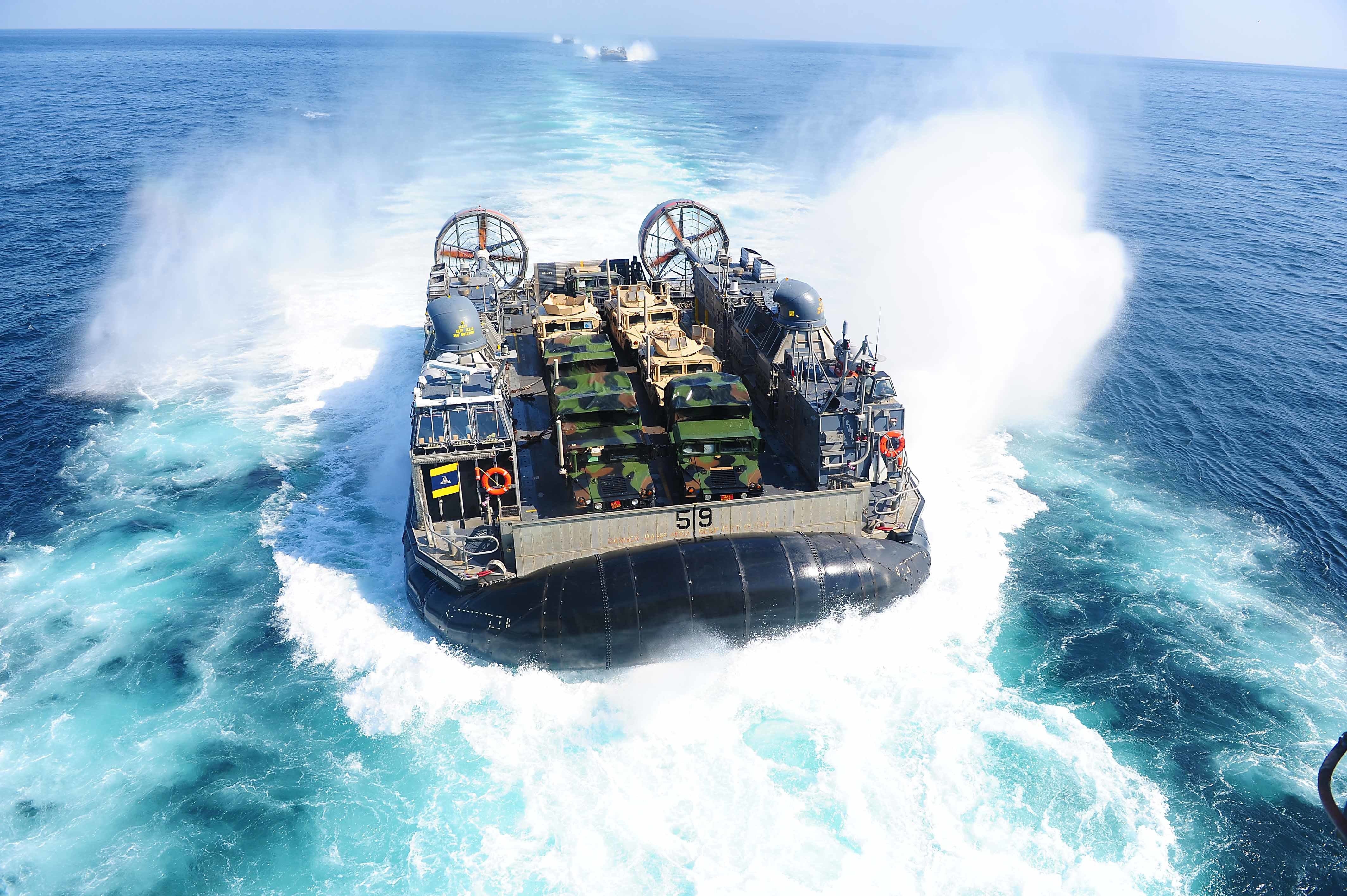 A hovercraft approaches the deck of a U.S. amphibious assault ship off the coast of South Korea on March 12. 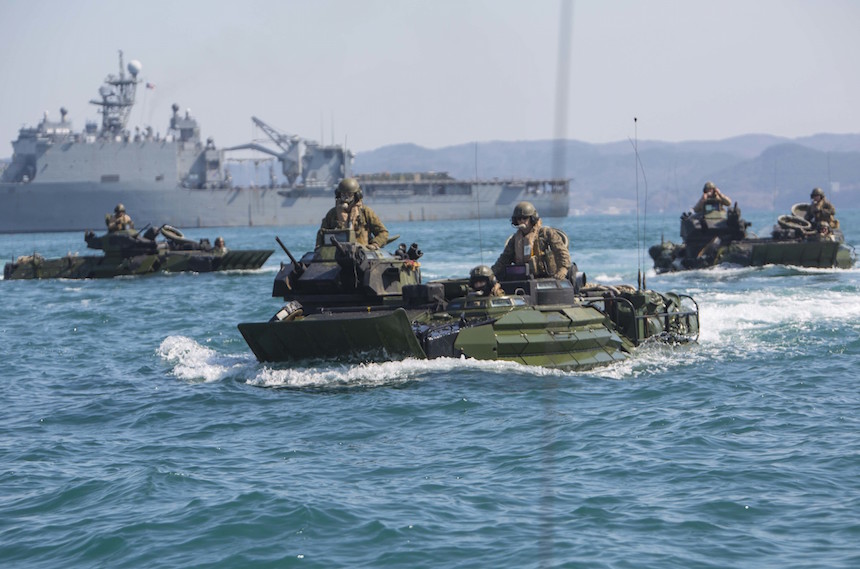 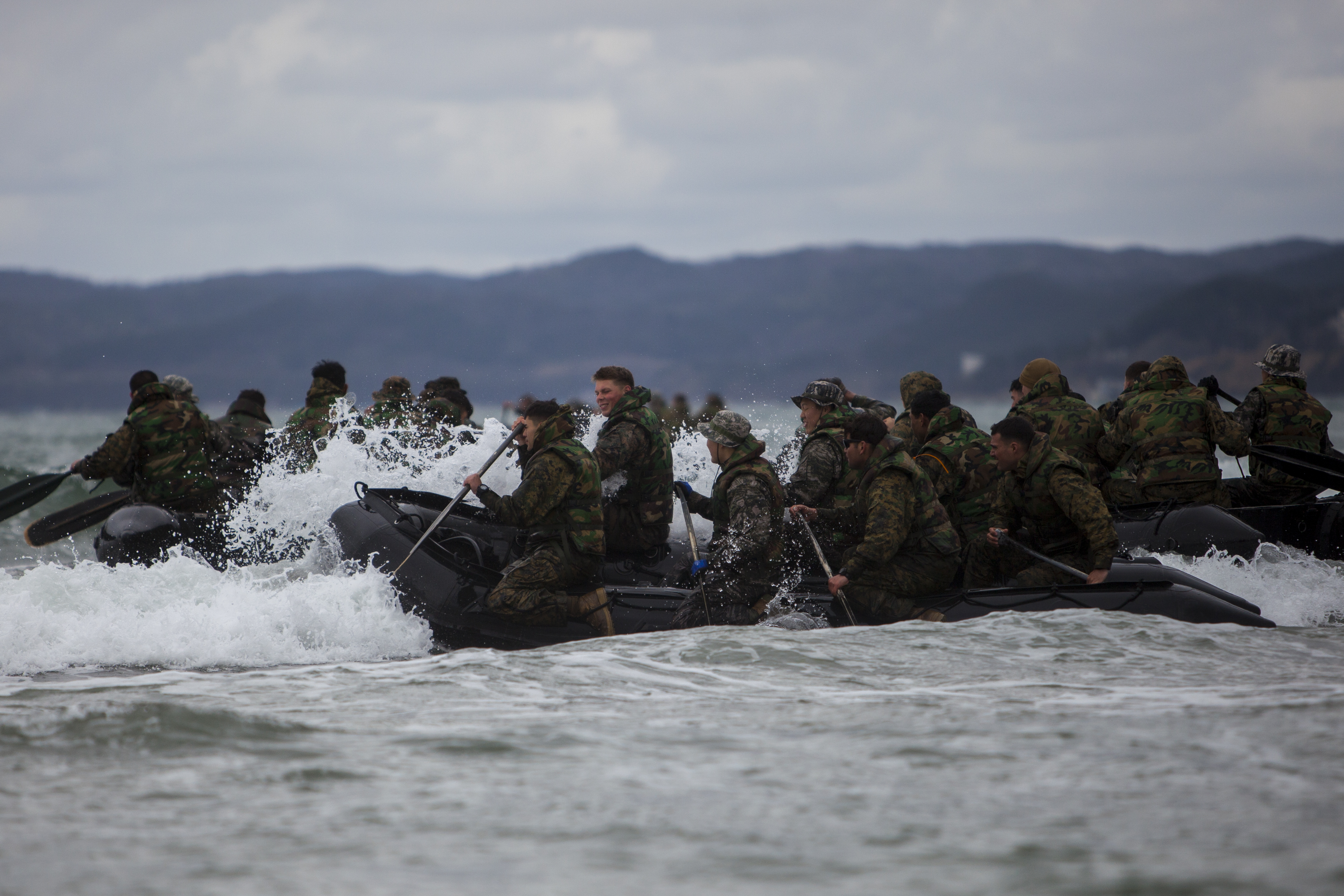 Marines from South Korea and the United States train with inflatable boats on April 4. 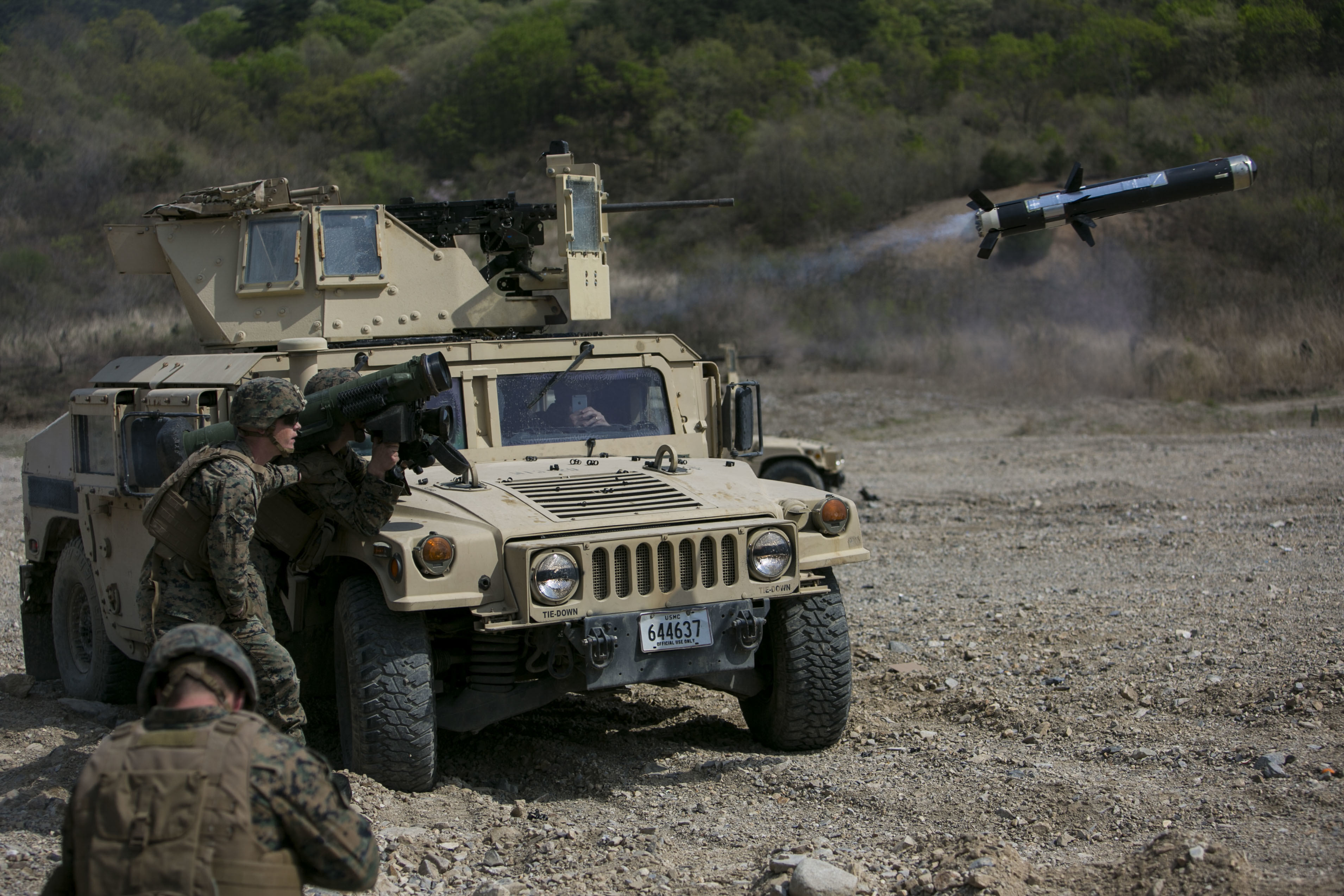 A U.S. marine fires a Javelin antitank missile on April 12. 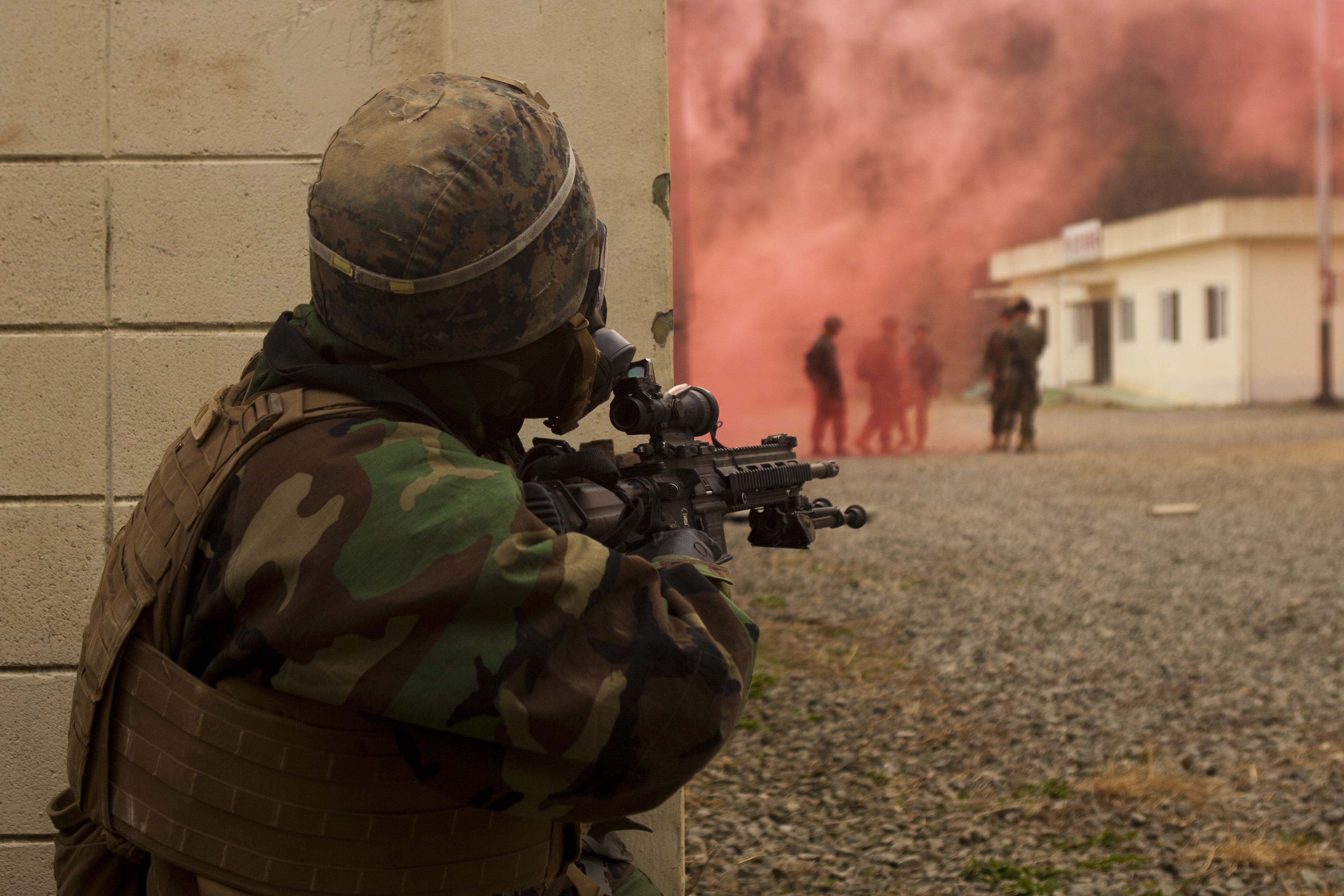 U.S. and South Korean marines practice responding to a chemical weapons attack while advancing on an urban area on April 2. 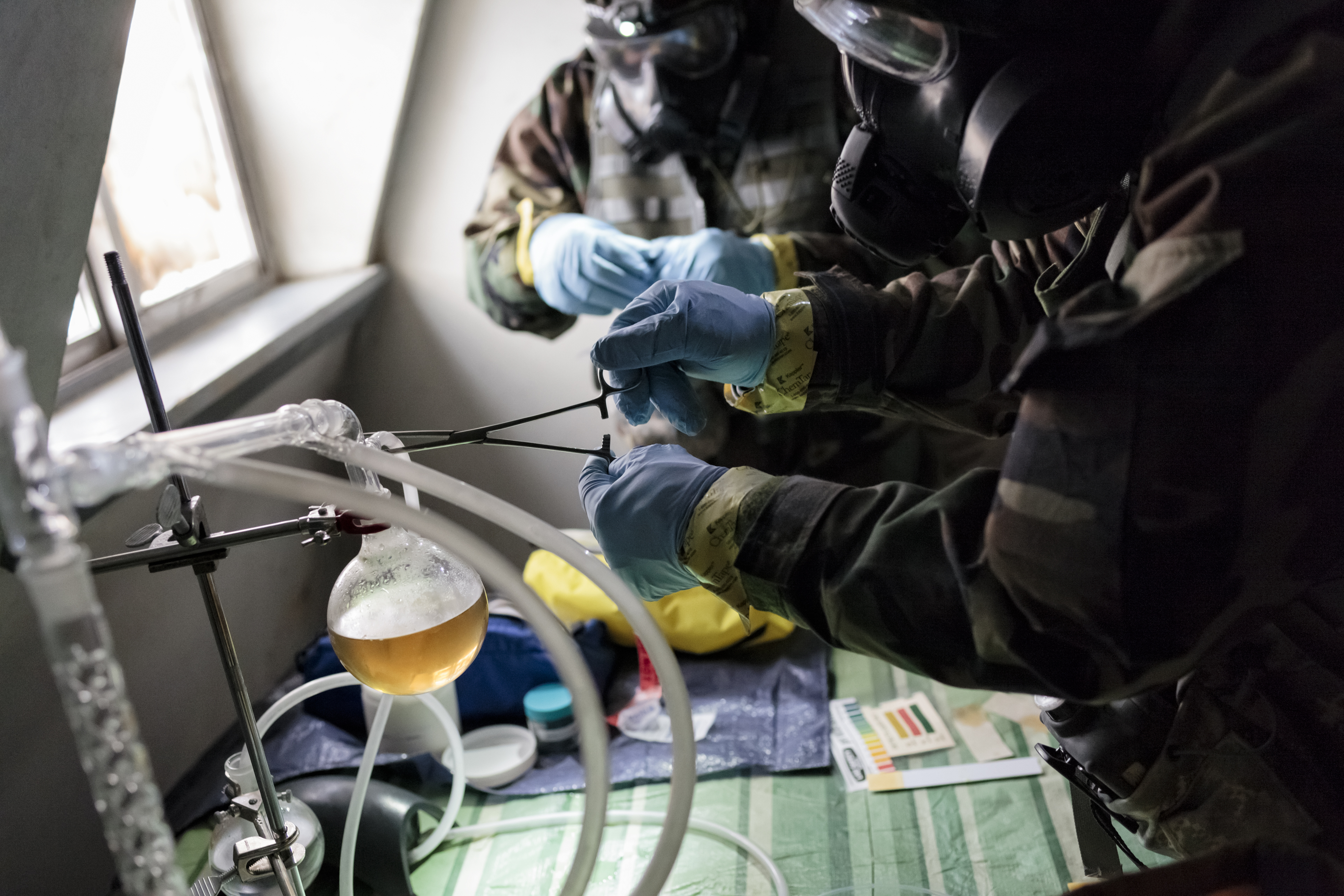 Stay and Starve, or Leave and Die