In an interview with Foreign Policy, Ukraine’s ambassador decried the Soviet Union’s cover-up of Chernobyl and said limiting the spread of radiation remains a top priority.

Pripyat, a city in Soviet Ukraine, was an ideal place to live before April 26, 1986. The streets were freshly paved, apartment blocks were new, and workers’ wages were high. Engineers flocked to the newly constructed city to work at the nearby Chernobyl nuclear plant, eager to reap the rewards Pripyat and its population of 50,000 had to offer. Nuclear power was believed to be the path toward the Soviet Union’s advanced future, and local propaganda referred to it as “the Peaceful Worker.” Chernobyl — the country’s most advanced facility — was a symbol of that technological progress.

But Chernobyl and the town of Pripyat soon became synonymous with history’s worst-ever civilian nuclear disaster, and cast a dark shadow over the entirety of the Soviet Union.

Tuesday marks 30 years since an explosion destroyed a reactor at the Chernobyl nuclear plant, contaminating parts of Belarus, Ukraine, and Russia. It released a massive radioactive cloud over Europe and turned Pripyat into a ghost town.

Three decades later, the region still feels the impact of the catastrophe through a legacy of health problems, radioactive material, and the Soviet authorities’ heavy-handed response, which attempted to shield the public from the severity of the explosion. In an interview with Foreign Policy, Valeriy Chaly, Ukraine’s ambassador to the United States, decried the Soviet Union’s cover-up of the nuclear disaster and said limiting the spread of radiation from the Chernobyl nuclear reactor remains one of Kiev’s top concerns, along with the ongoing political crisis and conflict in the country’s East.

“The people were killed and contaminated by the radiation, but it is the Soviet response to the crisis that is to blame,” Chaly said. “It was a way of thinking that didn’t value human life — only security.”

To stop still-leaking radiation from the burst Chernobyl reactor, Ukrainian authorities with international assistance are constructing a massive structure to contain exposure from the decaying nuclear plant for up to a century. The New Safe Confinement, often referred to as the “arch,” is a $2.85 billion project funded by international donors and the European Bank for Reconstruction and Development. In the months immediately following the accident, a massive concrete structure was built by Soviet engineers to encase the reactor and contain the radioactive material. But it has since deteriorated, resulting in radiation leaks. 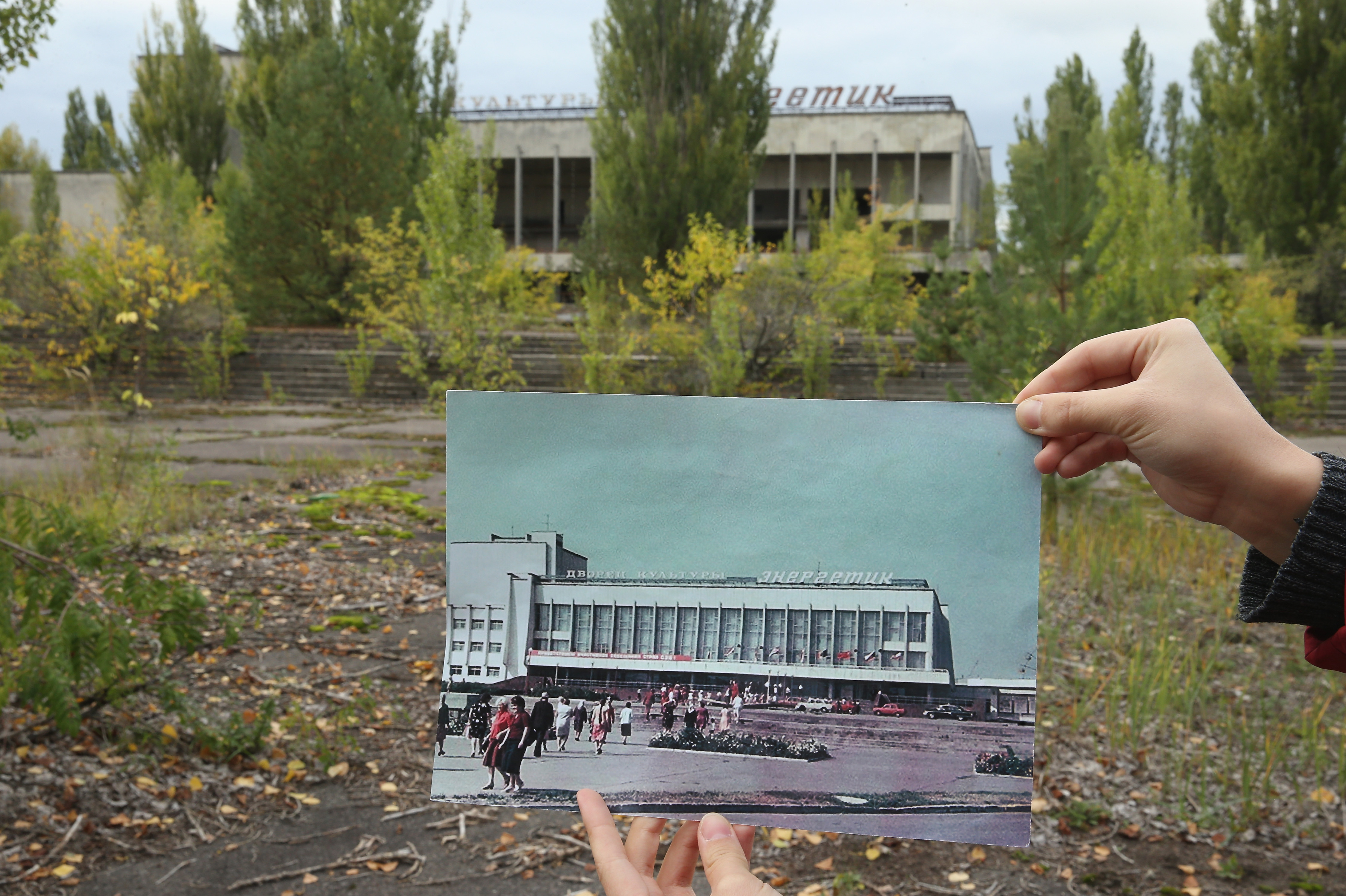 Construction began in 2010 on the arch, which is meant to replace the old structure, and it is slated to be operational in January 2017. Once finished, it will be the world’s largest movable object built on land, tall enough to fit the Statue of Liberty and wide enough to house the Titanic.

After the arch is completed, Kiev will take over control of the structure from the European bank, raising questions about whether cash-strapped Ukrainian authorities can handle the costs of managing the radioactive waste removal. Kiev is already battling Russian-backed separatists in the eastern Donbass region and its economy has struggled under the burden of war and political turmoil.

“We are trying to be as transparent as possible with this process,” Chaly said. “Economic troubles are real, but building the arch and containing the reactor are priorities for the government.”

Ukraine, Russia, and Belarus marked the 30th anniversary of Chernobyl on Tuesday and the countries’ leaders all honored the victims of the nuclear disaster and the first-responders who helped contain it. Belarusian President Aleksandr Lukashenko praised his people’s response to the crisis and said that international help had been “insignificant.” Russian President Vladimir Putin praised the “bravery and self-sacrifice of firefighters, military personnel, experts, and medics” who he said were “genuine heroes.”

Leading a ceremony in Chernobyl, Ukrainian President Petro Poroshenko offered his condolences to those affected by the nuclear explosions.

“It’s with an everlasting pain in our hearts that we remember those who lost their lives to fight nuclear death,” said Poroshenko, whose administration has been criticized by civil society groups for cutting benefits to some people affected by the accident.

Following the explosion at the nuclear plant, Soviet authorities moved to conceal the scale of its impact. Three days after the Chernobyl accident, workers at a nuclear plant in Sweden detected radioactive particles and traced them to the Ukraine-Belarus border. After being contacted by Stockholm, Moscow initially denied that an accident had occurred. But after Denmark, Finland, and Norway reported unusually high levels of radioactivity, Soviet officials acknowledged the accident. Still, Moscow continued to downplay it, saying that cleanup efforts were underway and already successful. 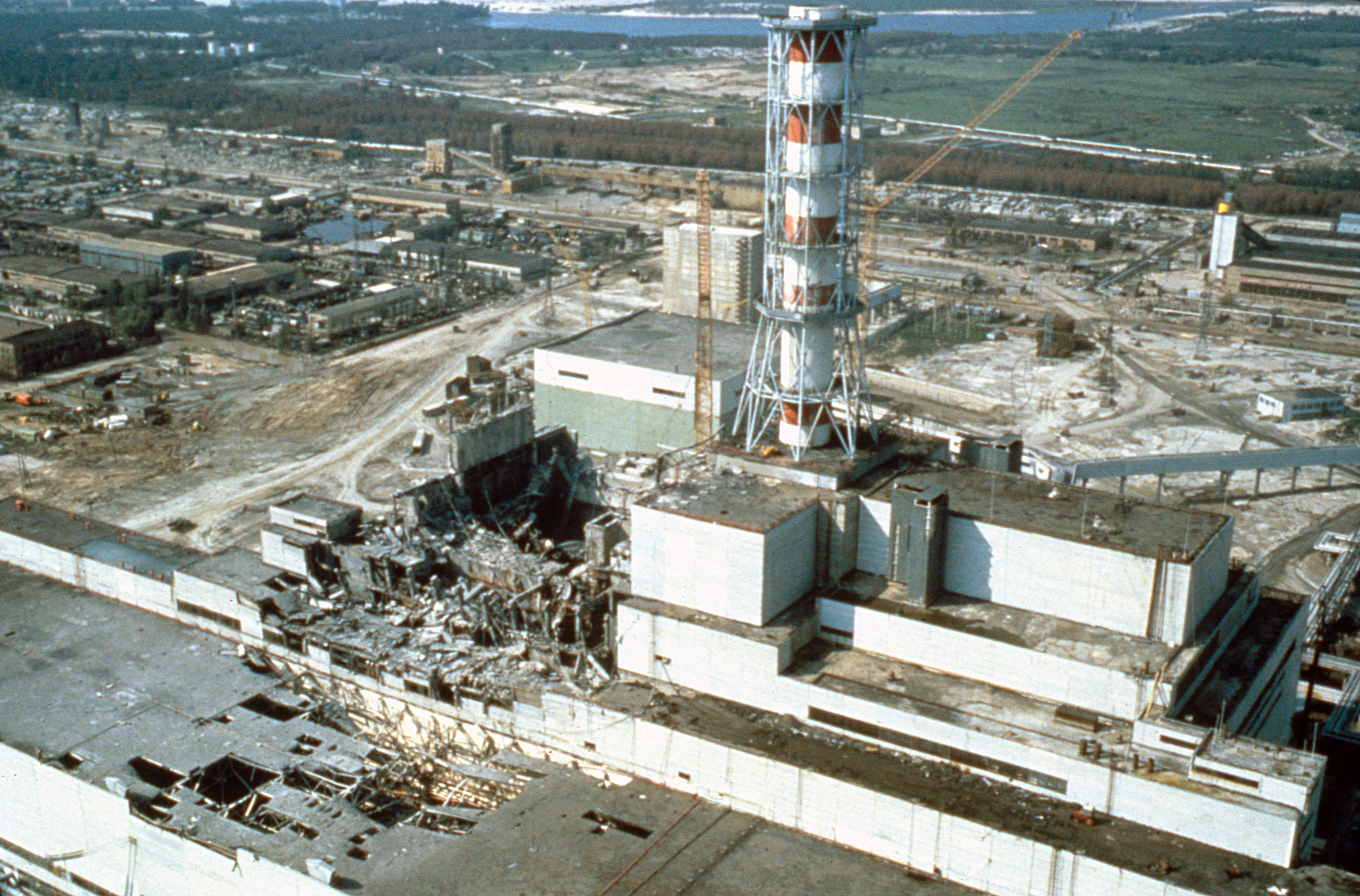 Meanwhile, inside the Soviet Union, information was even more scarce, leaving many people unaware of the dangers posed by radiation. Eventually, Pripyat and other areas around the Chernobyl plant were evacuated. Hundreds of firefighters worked tirelessly to put out the fire at the reactor and hundreds of thousands of Soviet servicemen and workers were deployed to Chernobyl in a massive cleanup operation. Thirty-one people died from radiation poisoning, and the rest received high doses of radiation that caused serious, lifelong health risks. Soviet leader Mikhail Gorbachev did not issue public comment until three weeks after the disaster.

Today, an exclusion zone preventing only authorized personnel from entering remains around the area, although residents who left have started to move back.

And while Kiev grapples with the pressing task of containing the Chernobyl reactor, the government is still trying to come to terms with the fallout that the disaster left on Ukrainian society.

“This crisis is not only about Ukraine; other areas were also affected,” Chaly said. “But what Ukraine can do now is try to contain the radiation.”

According to the United Nations, 5 million people currently live in areas of Belarus, Russia, and Ukraine that are contaminated due to Chernobyl, with 2.1 million in Belarus alone.

Nearly 2 million Ukrainians are identified as official victims of the Chernobyl catastrophe, receiving benefits and treatment from the health ministry for their illnesses. The World Health Organization estimates that 9,000 people will eventually die of cancer and other illnesses from the accident, with other estimates placing the total death toll as high as 90,000.