Oil has been a boon in Azerbaijan’s economic growth. But will black gold also cause the country's demise? 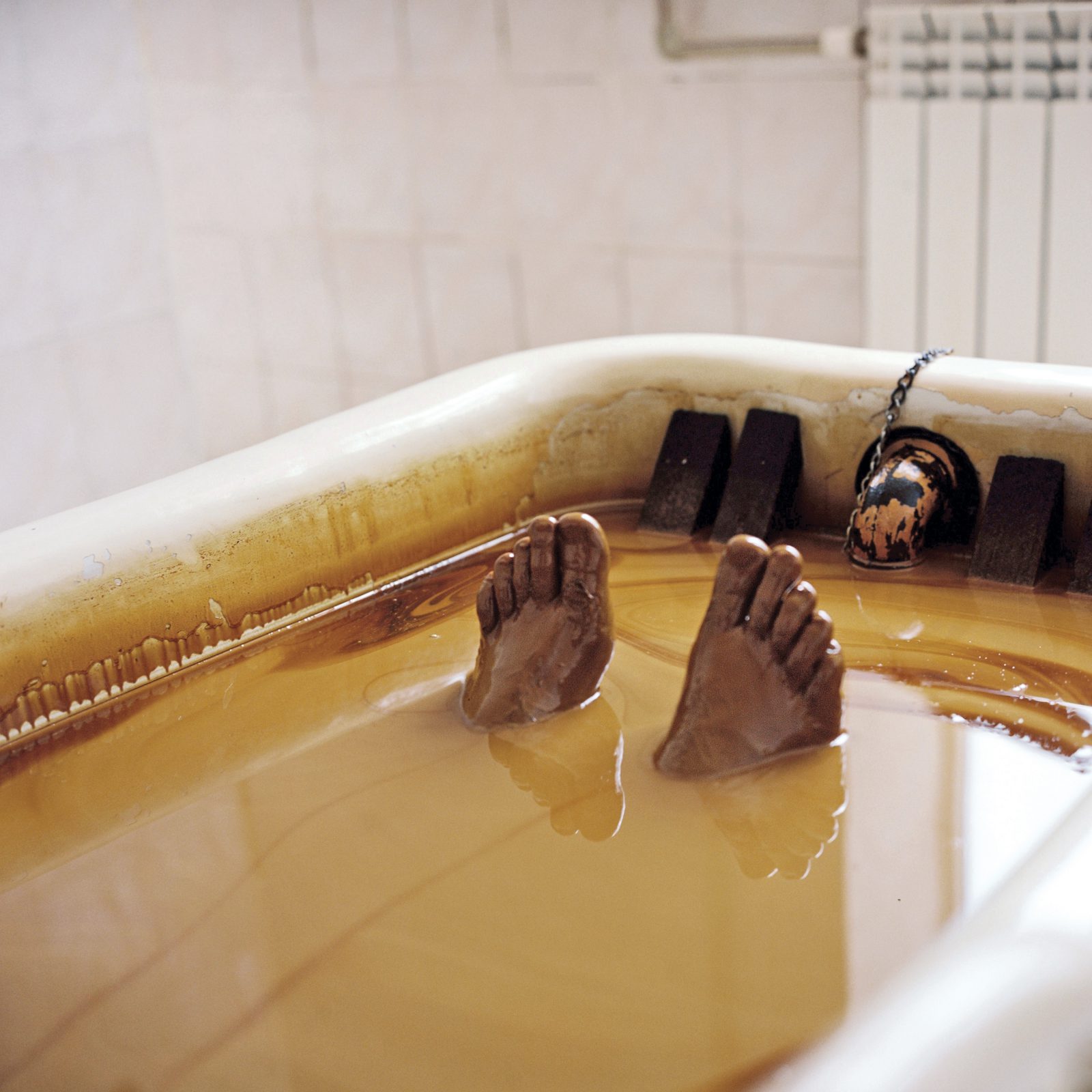 In Azerbaijan, oil reigns. The country sits atop some 7 billion barrels of reserves. Post-Soviet industrial development, along with surging oil prices, generated monumental economic growth starting in the early 2000s. So prized is black gold that spas in the central town of Naftalan try to treat psoriasis, arthritis, and gout with crude soaks (above).

Yet oil’s recent slump has sent Azerbaijan, where energy provides 67 percent of fiscal revenues and 95 percent of exports, into crisis. GDP growth, already down to single digits after the boom years, contracted in 2015 along with barrel prices. To deflect a bailout, the government floated the manat in December and enacted strict currency controls in January. Meanwhile, oil wealth lines politicians’ pockets: Azerbaijan ranks 119 out of 167 in Transparency International’s Corruption Perceptions Index.

Belgian-French photographer Mathias Depardon documented oil’s slippery legacy in Azerbaijan over several years “to show,” he says, “the sociopolitical transition and untethered urban gentrification of an authoritarian society based on the economy of oil.” 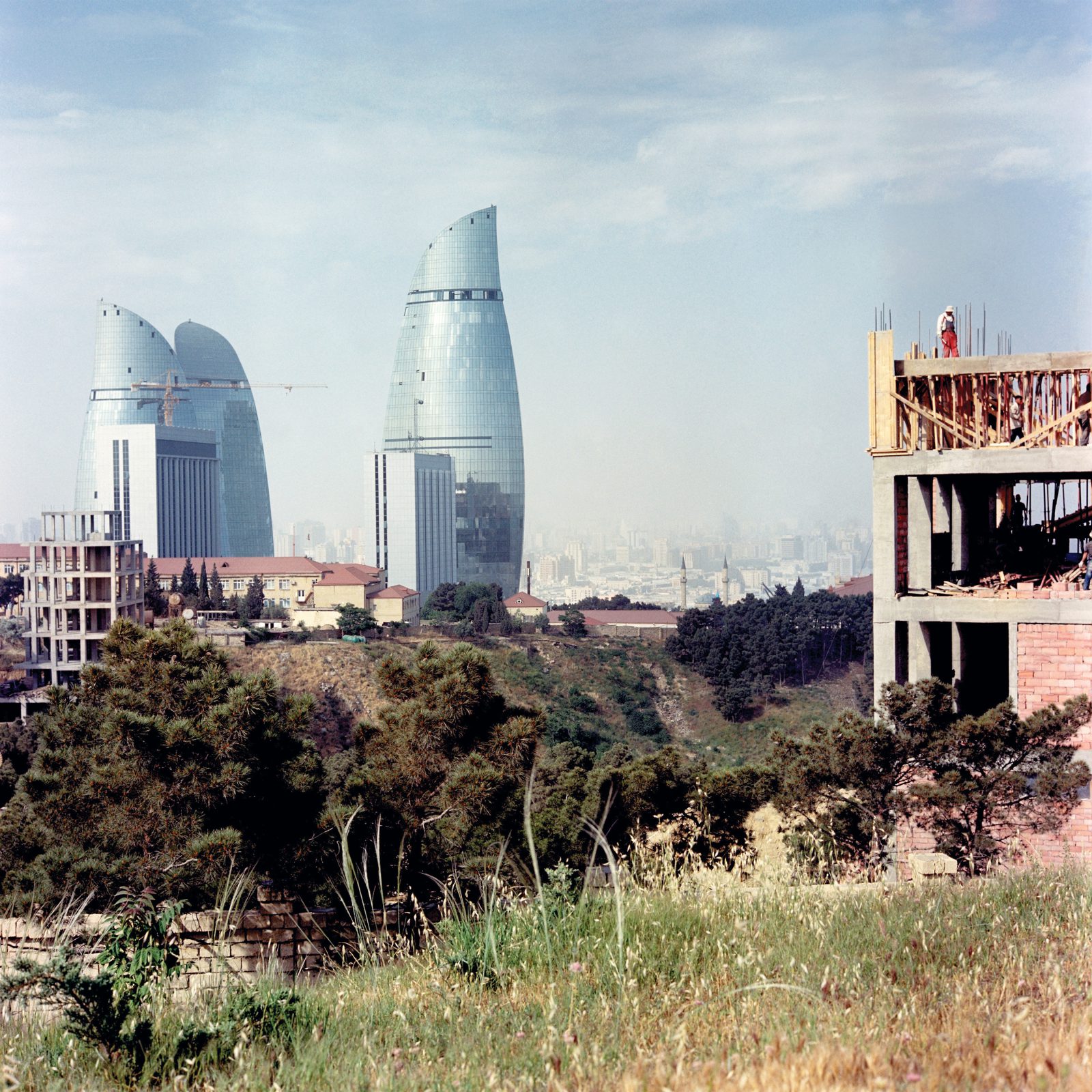 In 2007, construction began on the Flame Towers, gaudy additions to Baku’s skyline; projected to cost $350 million, the towers — photographed in May 2012 — now house luxury apartments, a Lamborghini dealer, and a Fairmont resort. 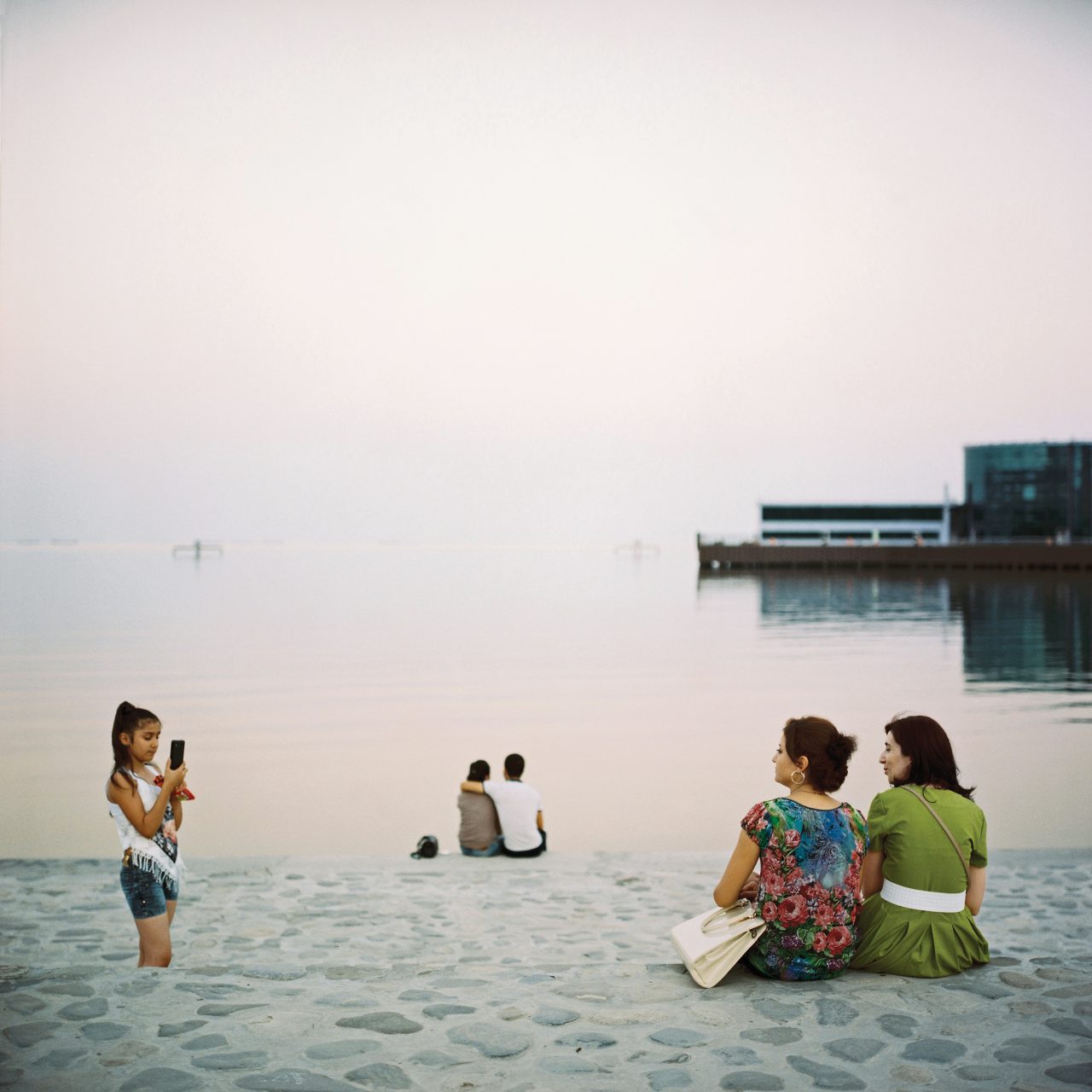 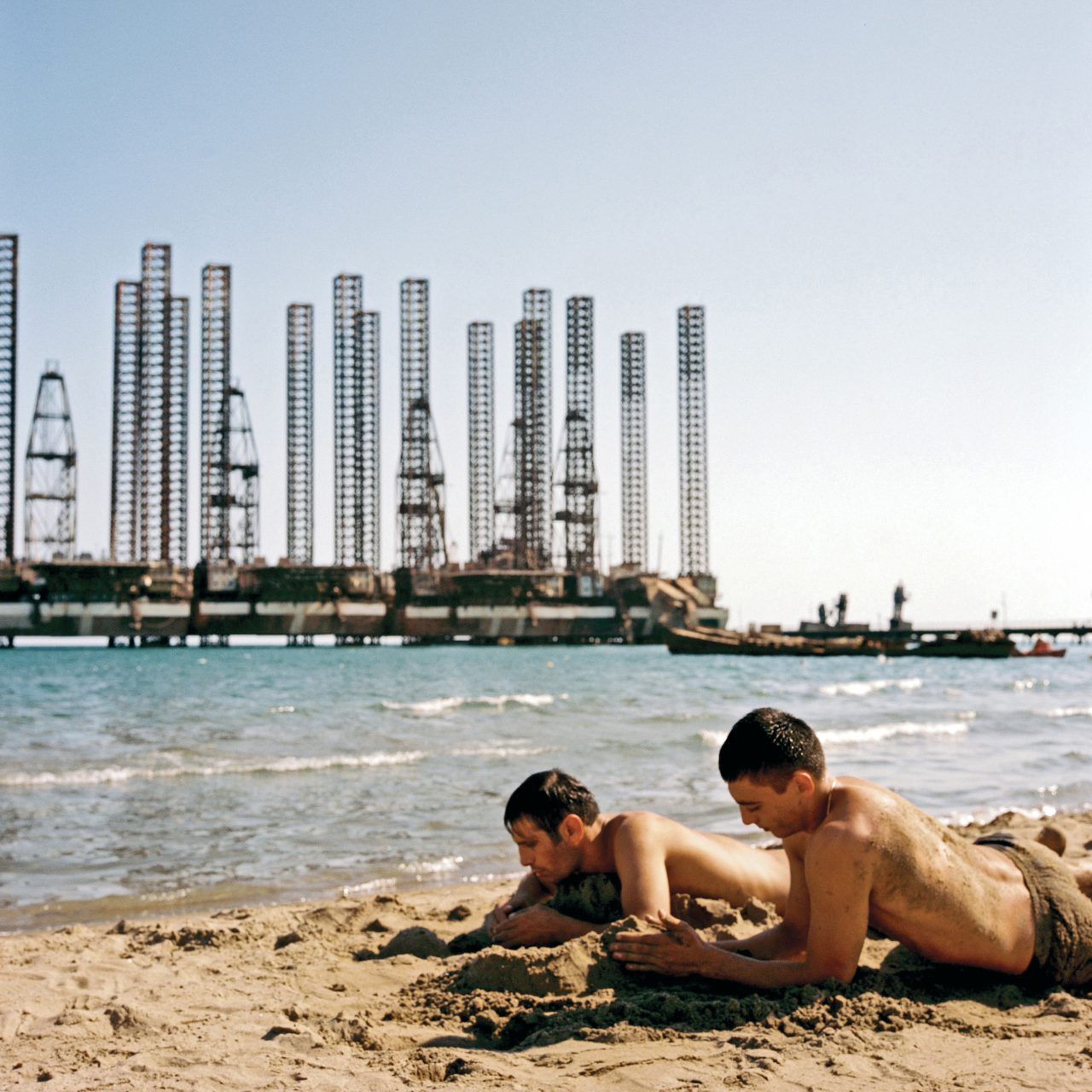 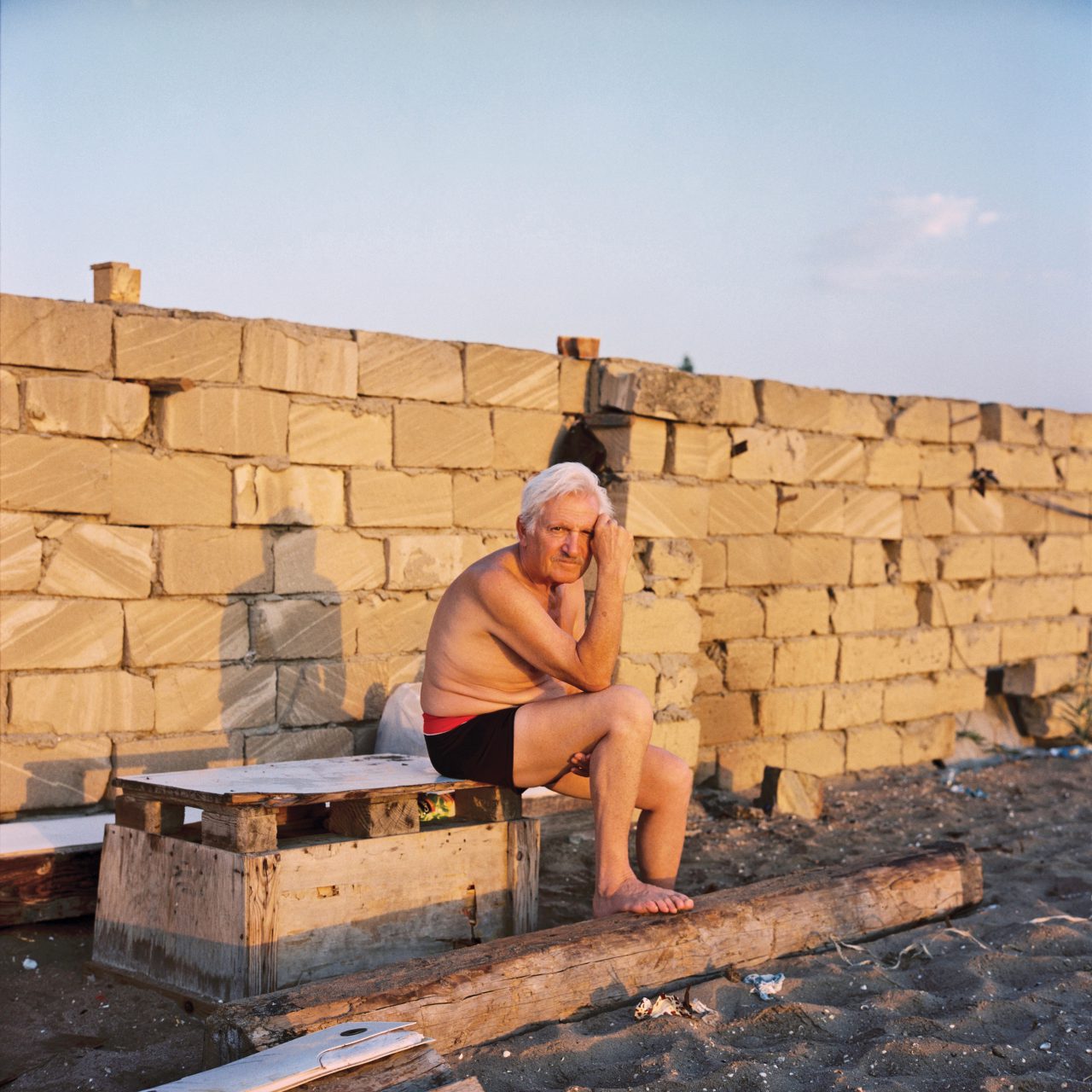 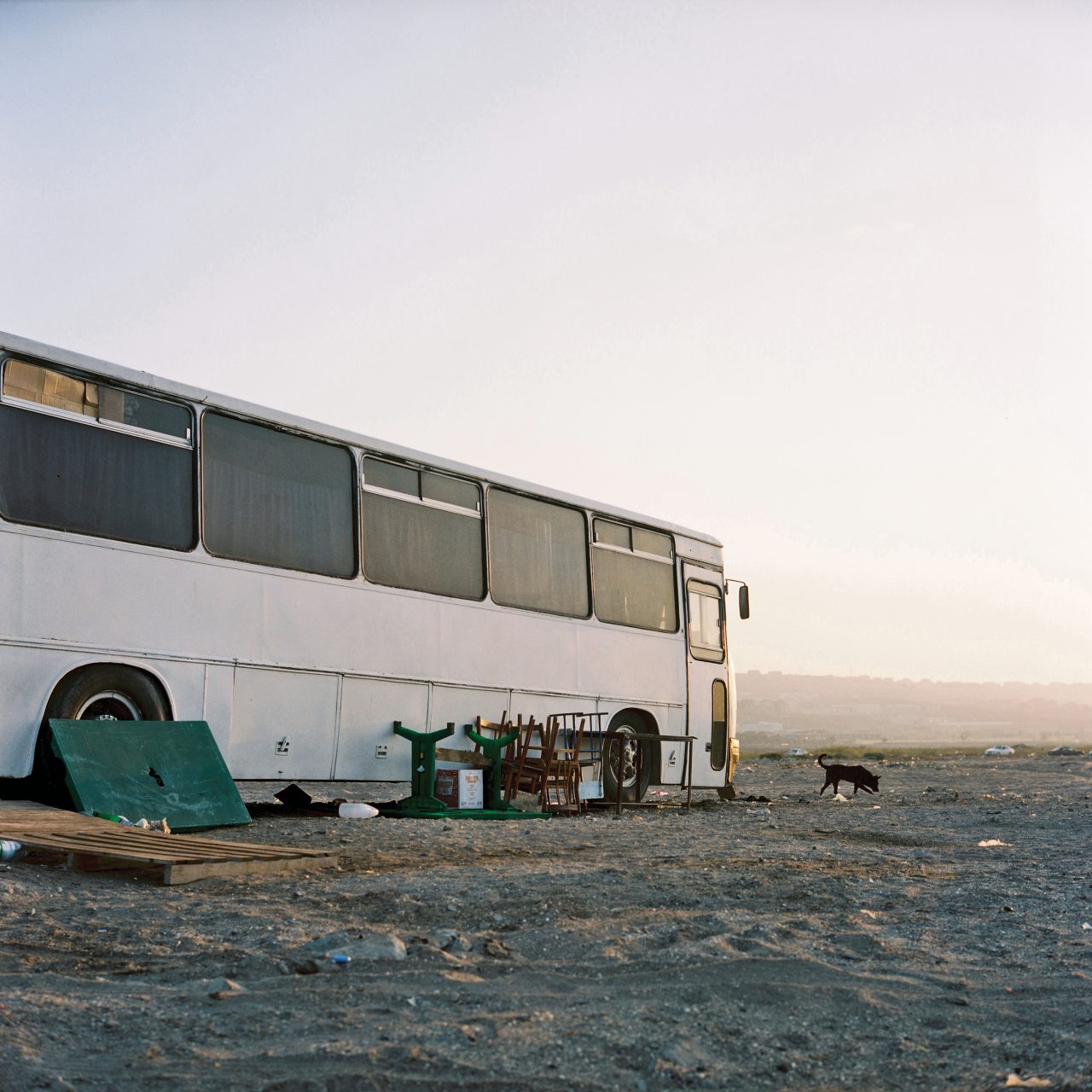 In May 2015, people relax on Baku’s historic seaside promenade. Built in 1909, the walkway was recently extended in an oil-funded construction blitz.

Two men lounge in the sand as oil rigs loom in the once-pristine sea view from Shikhov Beach. Most of Azerbaijan’s oil production comes from offshore reserves.

A man sits on Shikhov Beach; the waters here are polluted by industrial waste.

A tour bus sits abandoned on the coast. 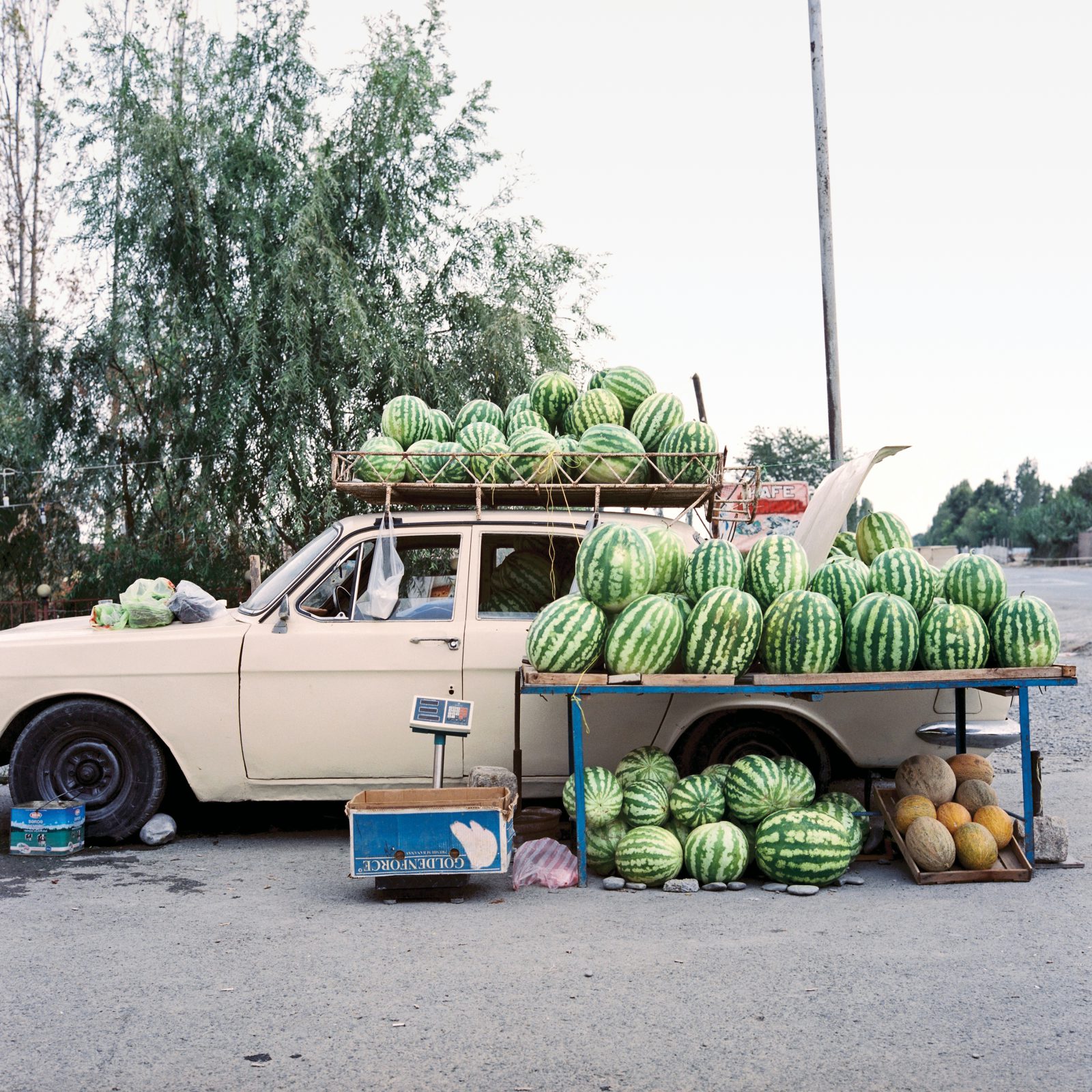 On the outskirts of Baku, a fruit vendor sells melons in August 2015. The oil boom sent Azerbaijan’s poverty rate plummeting, but according to the Asian Development Bank (ADB), reduction in rural areas has lagged behind that in cities. 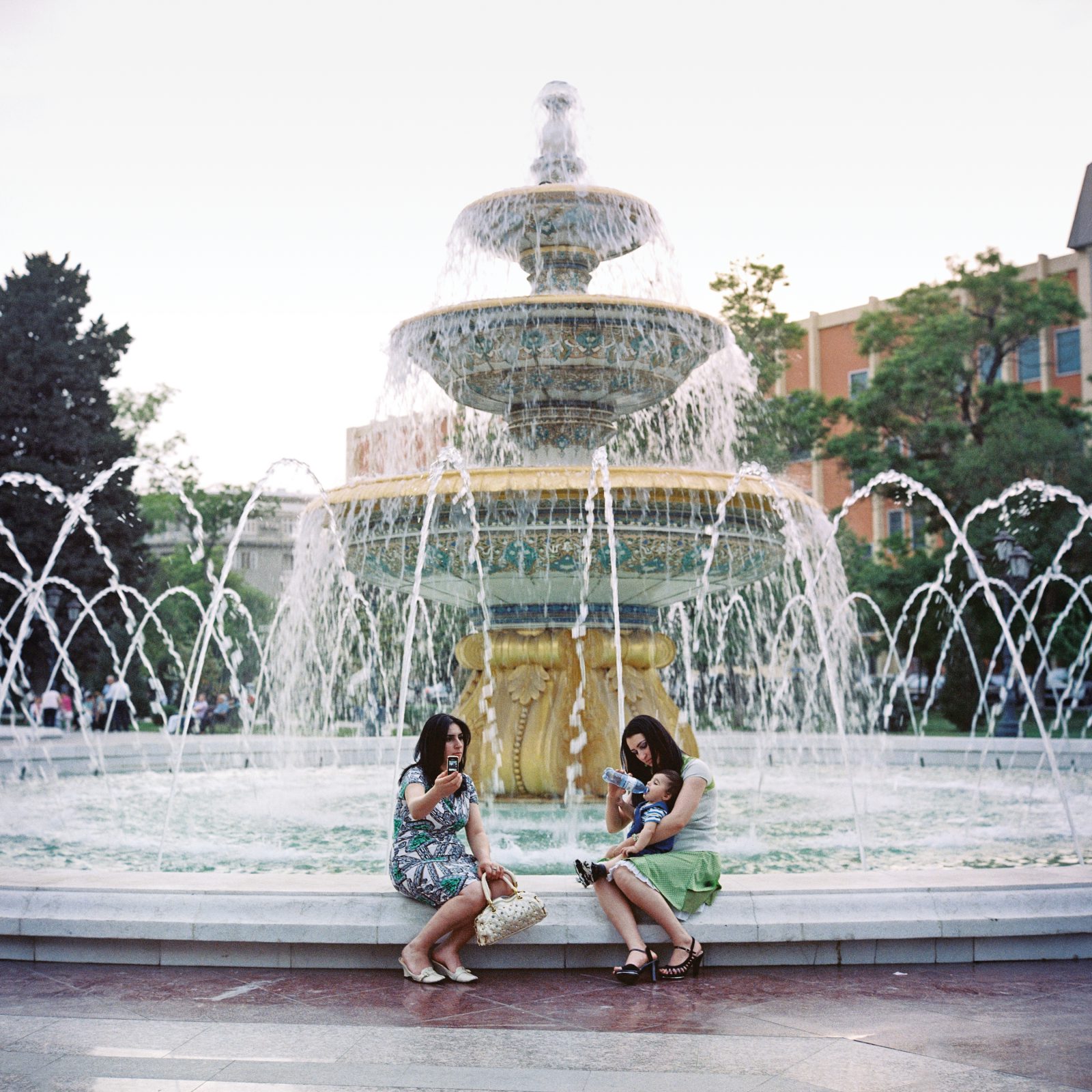 Women sit by a fountain in Baku’s popular Sahil Bagi Park in April 2012. The ADB estimated last year that Azerbaijan’s gross national income per capita was roughly 10 times larger than it was in 2001. The manat’s free float will likely depress this figure. 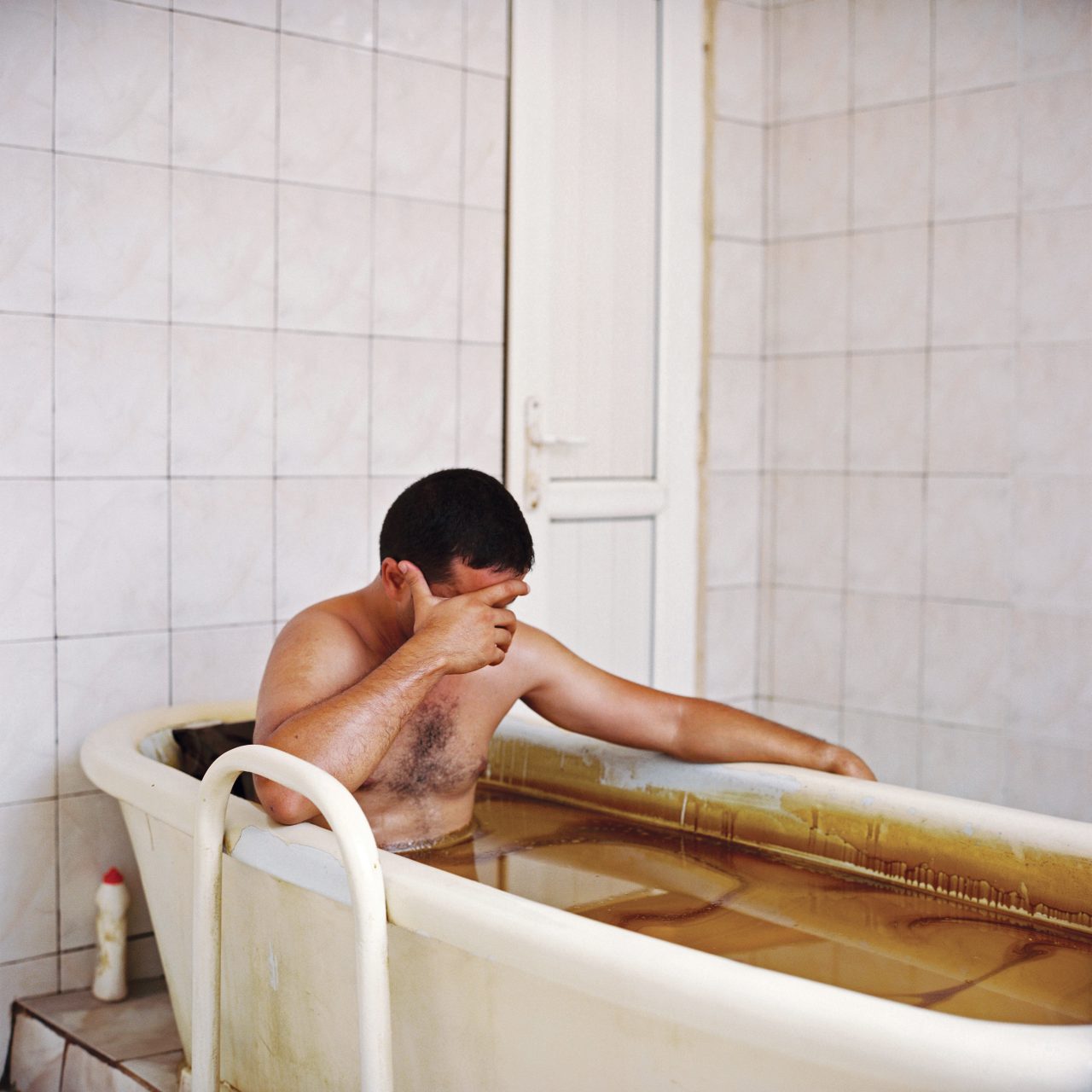 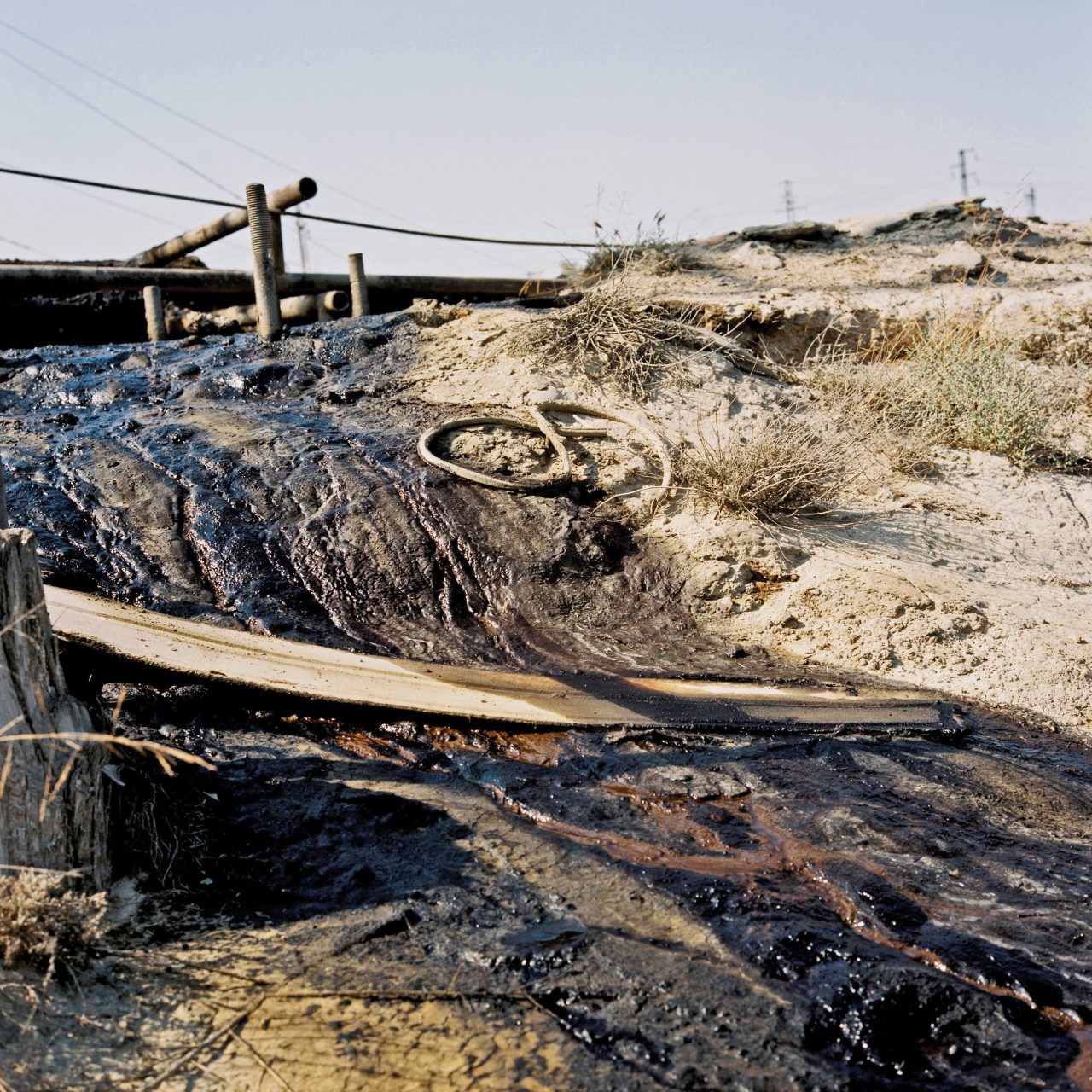 A man sits in a bath at the Naftalan Sanatorium in September 2015. The healing properties of the city’s oil have been legendary since Marco Polo reported on them.

Oil has been extracted from fields in Balakhani, a Baku suburb, since the 19th century. 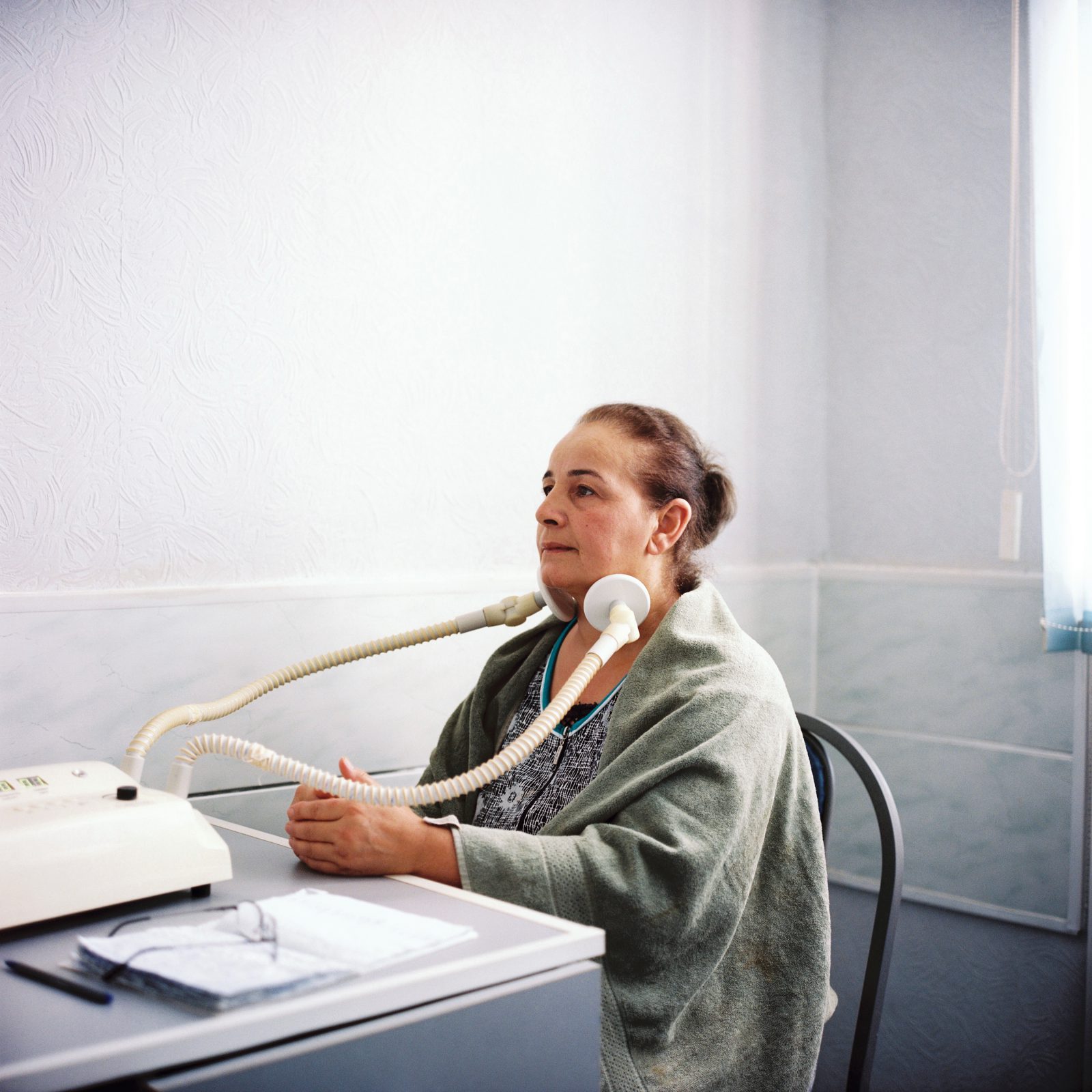 A woman undergoes a treatment for laryngitis at the sanatorium last year. The government promotes Naftalan as a tourist destination, but its location — less than 10 miles from Nagorno-Karabakh, a site of recurring conflict between Azerbaijan and Armenia — is precarious.

A version of this photo essay originally appeared in the May/June 2016 issue of FP magazine.