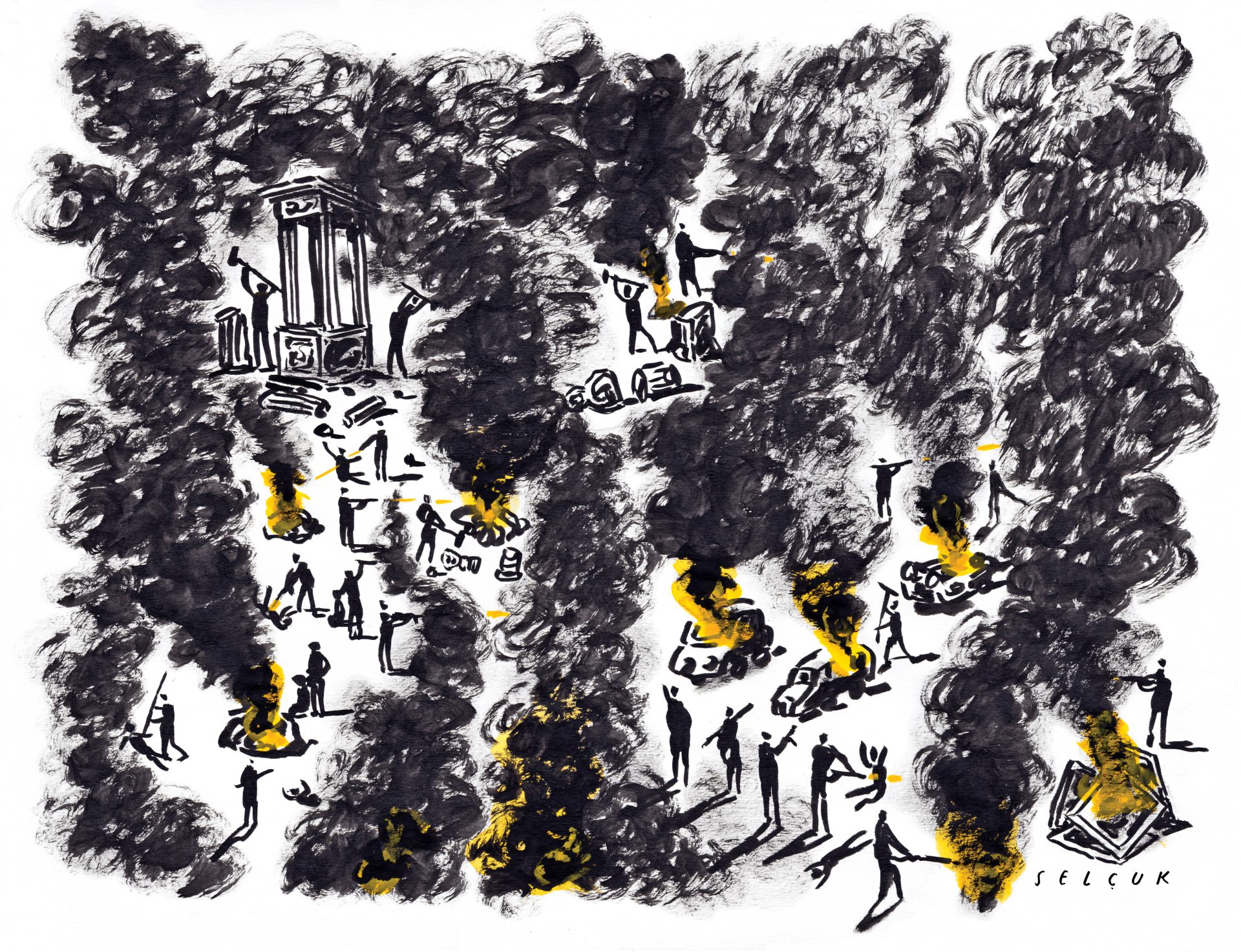 "Daesh is engaged in a destructive frenzy. Through decapitations and massacres, it annihilates people who don’t embrace its vision of Islam. It also sacks antiquities: the splendors of the Middle East, traces of lost civilizations, and imprints of our ancestors. Daesh is spreading terror as the Nazis once did when they murdered en masse, pillaged Europe, and burned art they deemed immoral or decadent. Faced with this barbarism, we feel powerless. As an artist, I am anxious that proof of the past is disappearing, snatched away from future generations. Daesh is imposing a form of cultural Alzheimer’s on the world, clouding collective memory and national identity with the smoke of ruined lives and communities—and leaving behind only ashes."

Selçuk Demirel's illustrations have been published in Turkish newspapers such as Cumhuriyet and Yeni Yüzyıl and in French newspapers including Le Monde Diplomatique, Le Monde, Le Nouvel Observateur, among other periodicals in Switzerland, Italy, the United Kingdom, and the United States. A version of this article originally appeared in the May/June 2016 issue of FP.