Rebecca’s War Dog of the Year: I’m off to Phoenix next week to adopt Dyngo

Lilo’s note was straightforward: "Hey Rebecca, would you like to adopt DYNGO?"

In December, I received a Facebook message from Sgt. Nofo Lilo. I had met Lilo, an Air Force K-9 handler, the previous winter. He was partnered with a Military Working Dog I wrote about in War Dogs, describing him as “having a large head and an expressive face. Dyngo is a dog who smiles.”

Lilo’s note was straightforward: “Hey Rebecca, would you like to adopt DYNGO?”

On Monday, I’ll be traveling to Luke Air Force Base in Phoenix, AZ to pick up the 11-year-old Belgian Malinois who, after nearly a decade working as a Military Working Dog and multiple tours in Afghanistan, is finally ready to retire. As a friend of mine recently observed, what better way could there be to come full circle on six and a half years of writing about war dogs?

So while the plan to adopt Dyngo has been in the works, officially, for the past five months, the idea has been floating around in my head since I met Dyngo, which was exactly four years ago, in early May 2012 at Lackland Air Force Base in San Antonio, TX. Dyngo was there with one of his former handlers, Tech Sergeant Justin Kitts, with whom he had deployed to Afghanistan in 2010. The pair had reconnected to compete in the DoD’s K-9 Trials. I met up with Kitts and Dyngo and Lilo in New York (yes, that’s Dyngo with Henry Kissinger), and had a surprise visit from Lilo and Dyngo earlier this fall while they were on Pope patrol here in Washington, D.C. 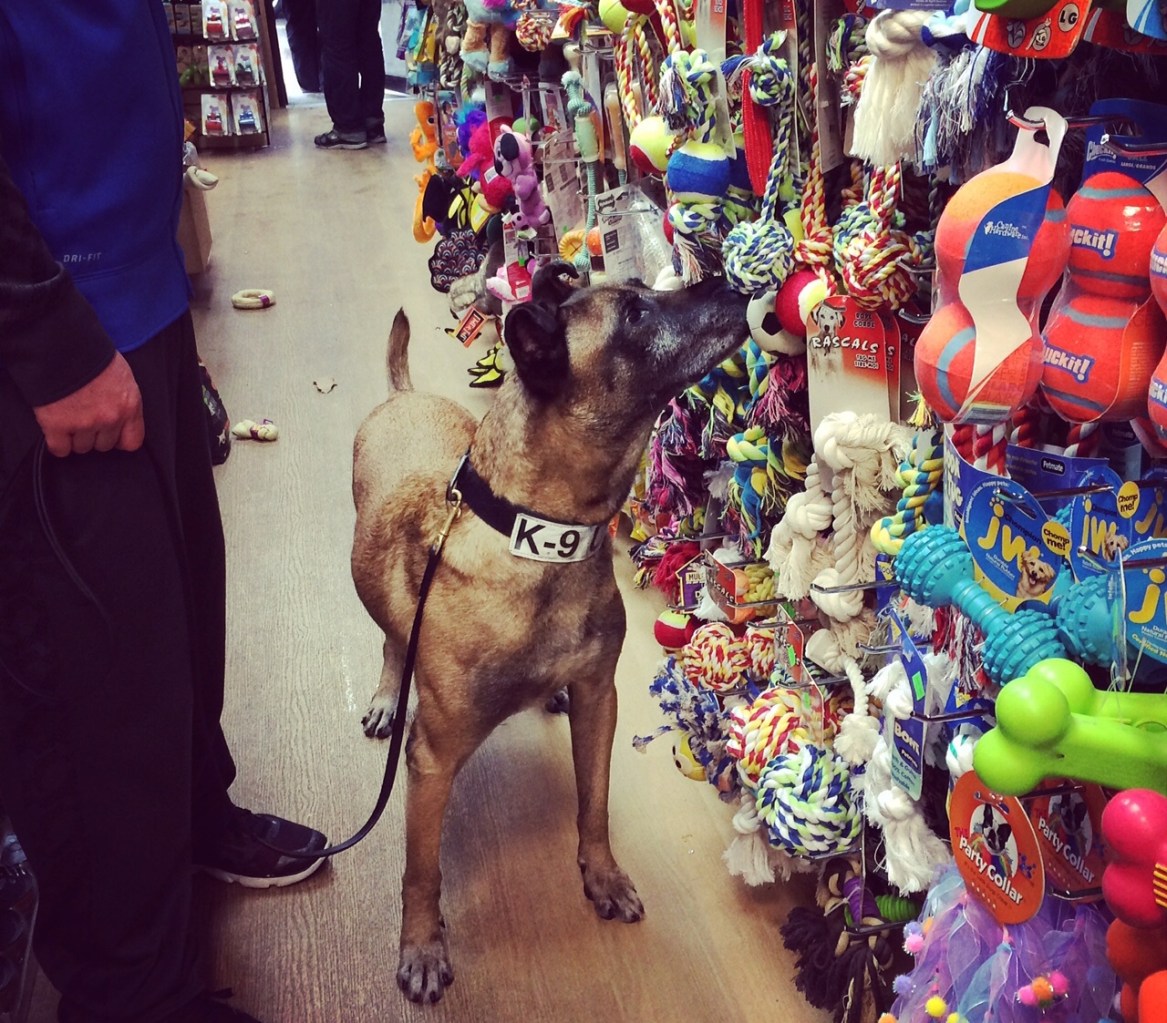 While I was reporting I tried my best to not to have favorite dogs. But I found that’s nearly impossible; animals are like people, they have their own individual personalities and it makes sense (to my mind) that certain people get on with certain dogs more than others. And it’s no exaggeration to say that I dug Dyngo right from get-go.

But the process of adopting a military working dog who’s retiring from service is an involved and fairly complex one — the reasons for which range from making sure that the dog is suitable and safe for life in a household to ensuring the dog’s medical fitness. The flip side of this is ensuring that the caretaker applicant is going to provide a good, happy, and responsible life for a dog that has, more likely than not, risked his life on a regular basis to protect the humans with him.

Once the MWD is cleared by the kennel master, an animal behaviorist, and the base veterinarian, the process of finding a suitable home begins (or continues if there’s someone already in line to adopt the dog). Often time it’s the handler or the handler’s family who adopts the dog. (Kitts had always planned on adopting Dyngo, as had Lilo, but neither was able to take him.) And though I loved him and though I wanted to adopt — I wanted to make sure that the home I could offer him was the best one Dyngo could have. And so did the military.

Here are just a few of the questions on the four-page application I had to submit to the kennel master at Luke AFB, Staff Sgt. Jessie Keller.

When I go to the Luke kennels to pick up Dyngo next week, I have to sign legal documents — in front of a notary — in which I accept full responsibility for Dyngo, financial and otherwise.

Early on, one of the application questions asks you to “Describe your ideal dog:” To which I wrote: Dyngo!

You are also asked to list the name and contact information for the veterinarian under whose care the dog will eventually be, as well as multiple references. (I think I had a leg up there, having the support of two of Dyngo’s former handlers.) I needed to vouch and provide examples of the areas where I would be taking Dyngo for walks — thankfully there’s no shortage of parks and trails in D.C. I also had to provide documentation that the apartment building where I live allows dogs in the building. 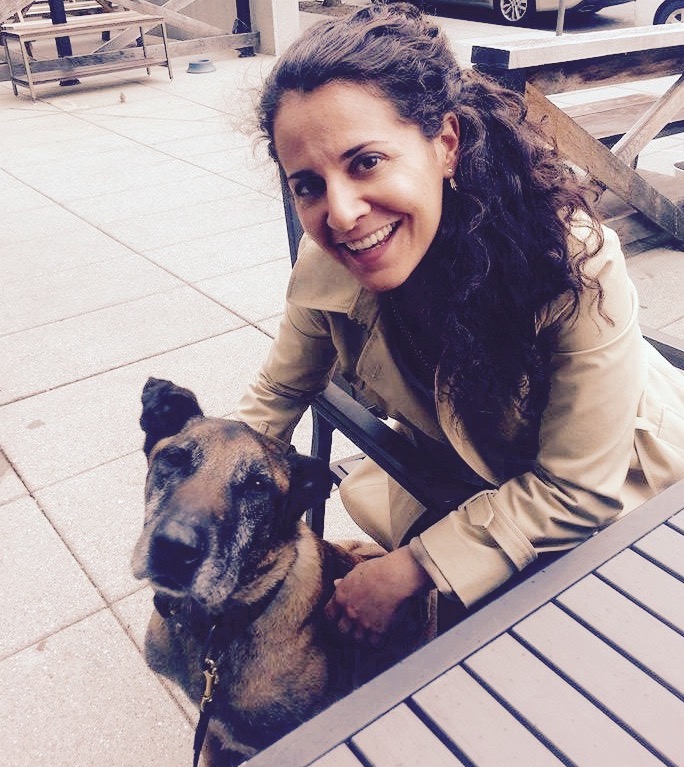 Near the end, the questionnaire asks: “Some dogs can live 15 years or more. Are you prepared to commit to caring for your adopted dog for the remainder of its life, however long it may be?”

My answer, of course, was yes. And it’s my ardent hope that Dyngo lives — happily and healthily — much longer than that.

P.S.: Up until this post, I’ve only shared this news with a few of my closest friends, family, and colleagues. (The Foreign Policy staff is eagerly waiting his arrival and he’s been invited to all staff meetings.) And when I told Tom, he suggested I write a three posts chronicling the journey of adopting a MWD: Preparing for Dyngo; Picking up Dyngo; and Bringing Dyngo home. Tom’s ideas are usually good ones, so, stay tuned and wish us luck!

Thomas E. Ricks covered the U.S. military from 1991 to 2008 for the Wall Street Journal and then the Washington Post. He can be reached at ricksblogcomment@gmail.com. Twitter: @tomricks1
View
Comments
Tags: Best Defense, Military, Rebecca's War Dog of the Week, Voice