"A Year After the Quake, Nepal Is Still a Mess" by Patrick Symmes, Outside 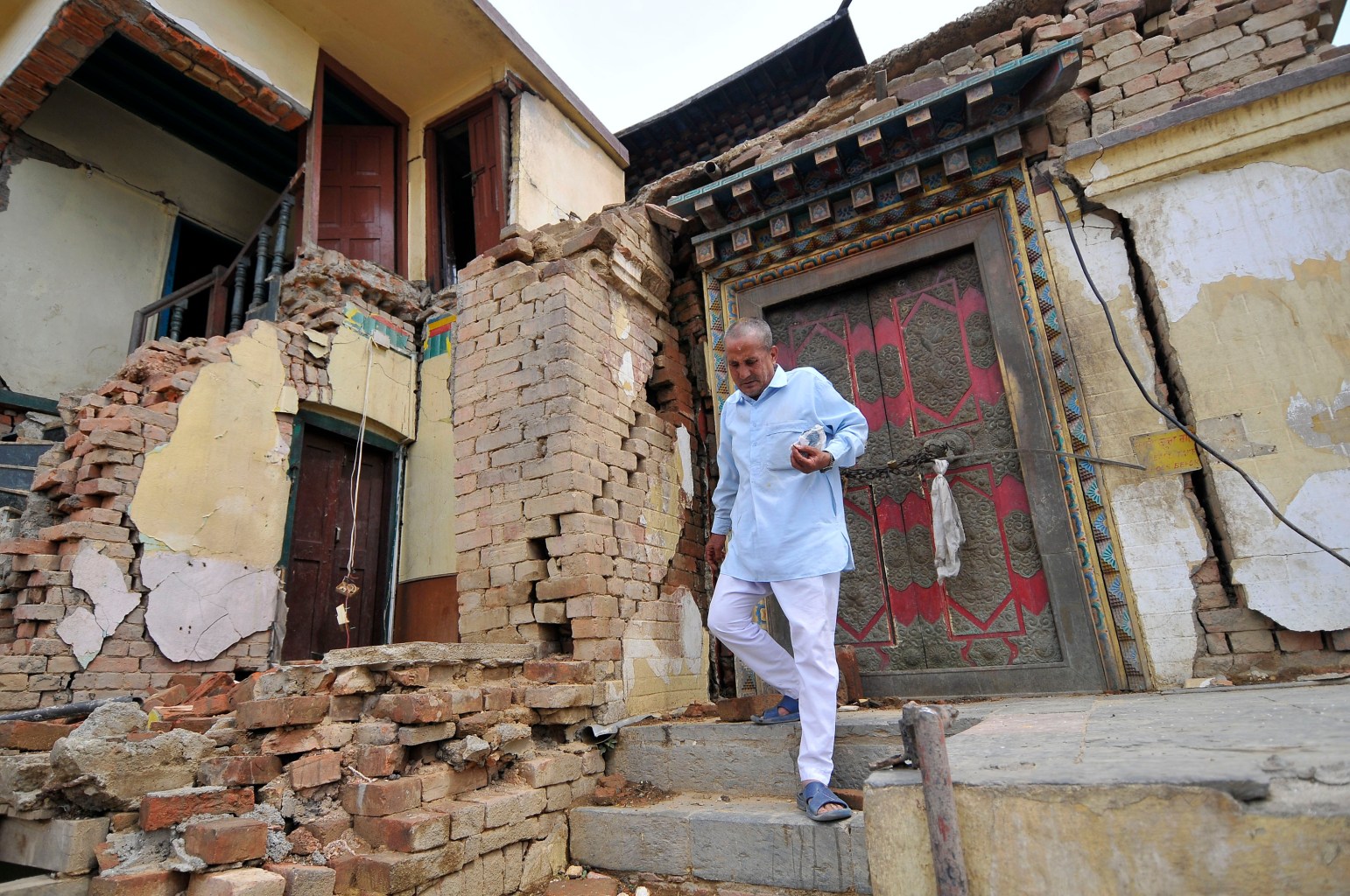 A devotes back after offering ritual prayer from destructed Gumba, which was affected by last years earthquake, during celebration the 2,560th Buddha Purnima festival, Birth Anniversary of Lord Gautam Buddha at Swayambhunath Stuapa a monkey temple, Kathmandu on May 21, 2016. Buddhists around the world, Cambodia; Thailand; Myanmar; Bhutan; Sri Lanka; Laos; Mongolia; Japan; Singapore; Taiwan including Nepal, observe Buddha Purnima festival which falls on the same day of full moon of the month calendar. The occasion offerings of flower, incense and candles, an exchange of gifts as blessings, prayers, sermons and group (Photo by Narayan Maharjan/NurPhoto via Getty Images)

“A Year After the Quake, Nepal Is Still a Mess” by Patrick Symmes, Outside

Help came right away. And then it stopped. Patrick Symmes reports on the business-as-usual corruption that brought a mountain kingdom to the ground.

After the initial days of heroic helicopter rescues and hand-digging through collapsed buildings, the first priority had been sheltering hundreds of thousands of homeless ­people. Summer, the rainy season in Nepal, was approaching fast. The government pledged to send tin roofing to the most remote villages—and then failed to deliver, with the money and supplies disappearing, or tin of the wrong size being sent, so that it cut the ankles of porters hauling it uphill. ­USAID distributed 6,200 rolls of plastic sheeting—enough to shelter 310,000 people—and much of it was still in use last October. Poor communities like Gati were last on the list to get help. The government prioritized its aid efforts according to a “scale of severity,” a map that ranked communities by how badly they were hit. But the scale was weighted toward large population centers, for efficiency in distribution, and tall buildings, because of the threat of collapse. On a 10-point scale, Kathmandu was rated 10, Gati 1.08. Those who had the least got the least. 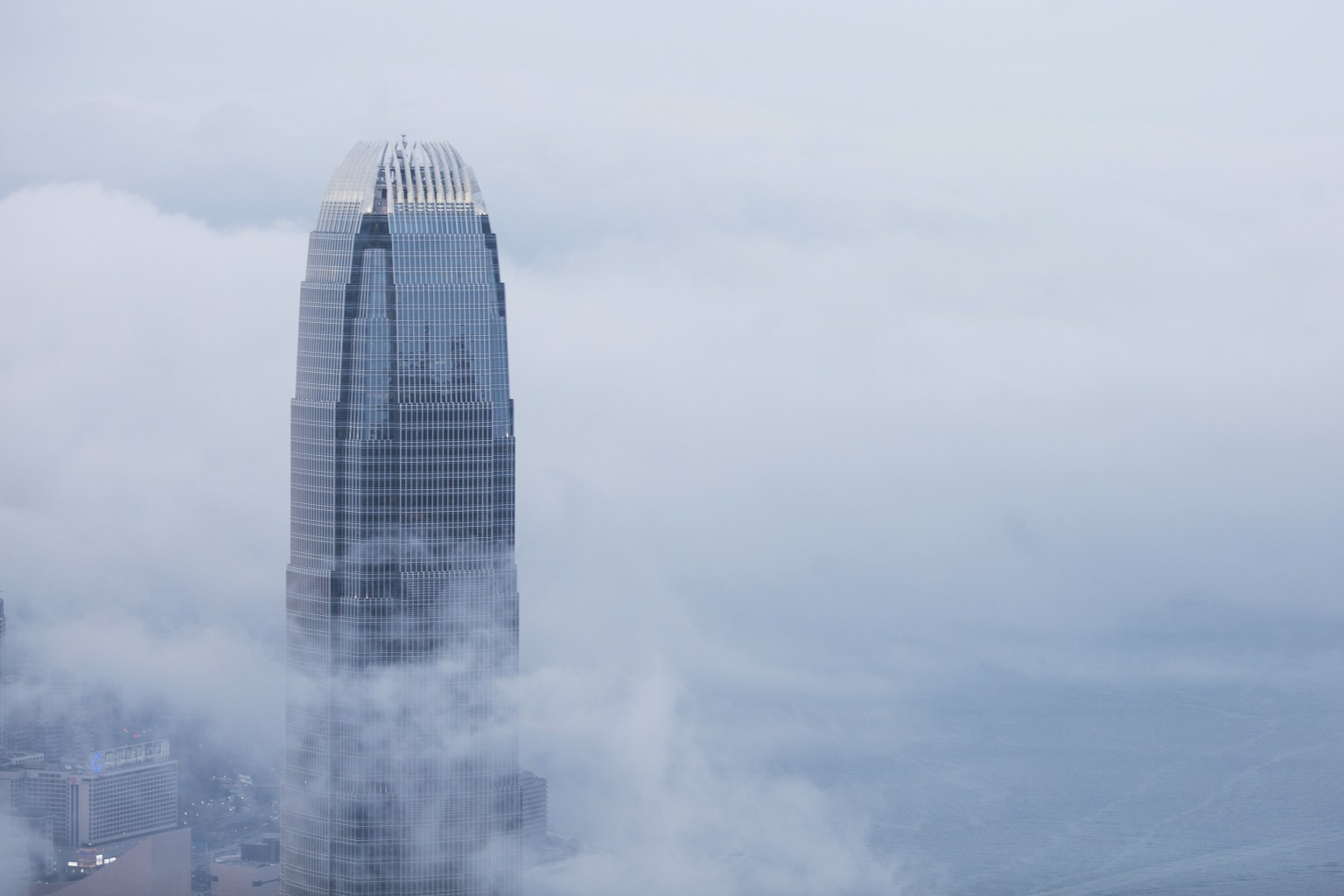 “The Man With His Head in the Clouds” by Tom Chiarella, Chicago Magazine

Chicago architect Adrian Smith designed the world’s tallest building. Now he has created one that will reach even farther—a full kilometer into the sky. How high can he go?

The limitations on how high these structures can go sometimes lodge themselves in the smaller components. Take the elevators. “The cables are massive, created at record lengths,” says Smith. “There’s not enough room to coil them at the top of the elevator shaft. When Burj Khalifa was designed, 423 meters was the highest one elevator could go.” The solution devised since then? A flat cable that coils tighter. “It’s made of carbon fiber and stuff—you know, new materials,” Smith says. “In the Jeddah Tower, a single elevator can run 575 meters.”

But this, in turn, creates new issues. Though the flat cable is lighter, it still represents a massive weight at that length. This demands the development of a new wheel, pulley system, and motor. These all must be engineered. And there will be something like 57 elevators in the Jeddah Tower. “If everybody were building these megatalls, there might be warehouses full of what we need,” says Smith. “But these buildings are so infrequent that firms don’t really want to invest in the R&D to create new elevator motors specific to the project.” 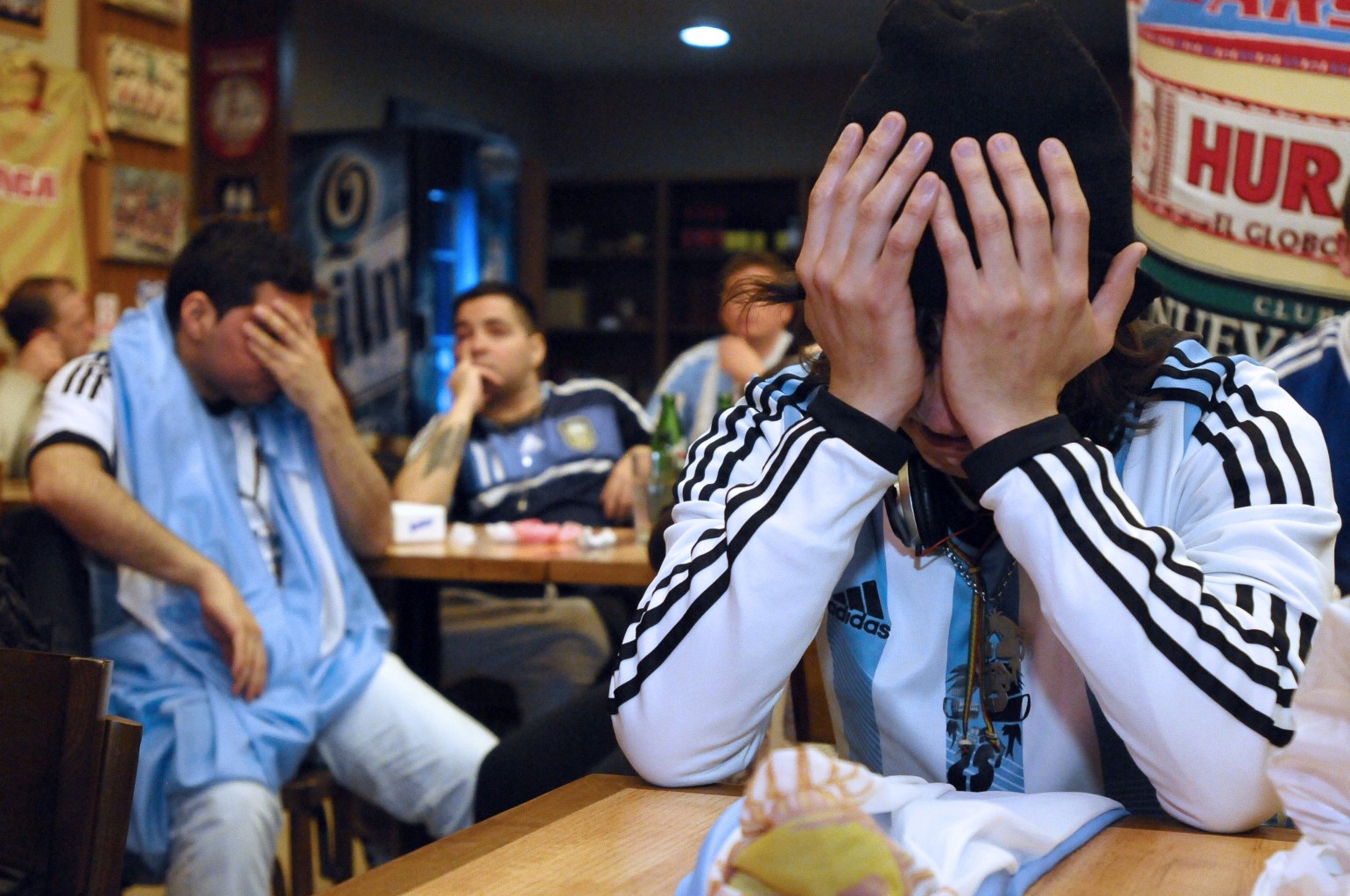 “Why Are The Soccer Hooligans of Argentina Killing Each Other?” by Amos Barshad, The Fader

In the city of Rosario, Argentina, some soccer fans have evolved into a mafia with an illicit cash flow and a stable of hit men. A look inside their homicidal turf war.

On the day they finally killed him, Roberto “Pimpi” Camino was out in his city enjoying what was becoming a boozy all-nighter. Locally, Camino was famous: he was the head of the hardcore fan club of Newell’s Old Boys, the adored professional soccer team of Rosario, Argentina. And in Rosario, a prosperous and populous port on the coast of the Paraná River, Camino’s position meant something: renown, respect, fear, and—in a clandestine, roundabout kind of way—a significant cash flow. He was also famously debauched: a bad gambler, he was known to fuel himself up for long nights of high-stakes punto banco with generous helpings of cocaine and a curious mixture of Dom Perignon and Red Bull. 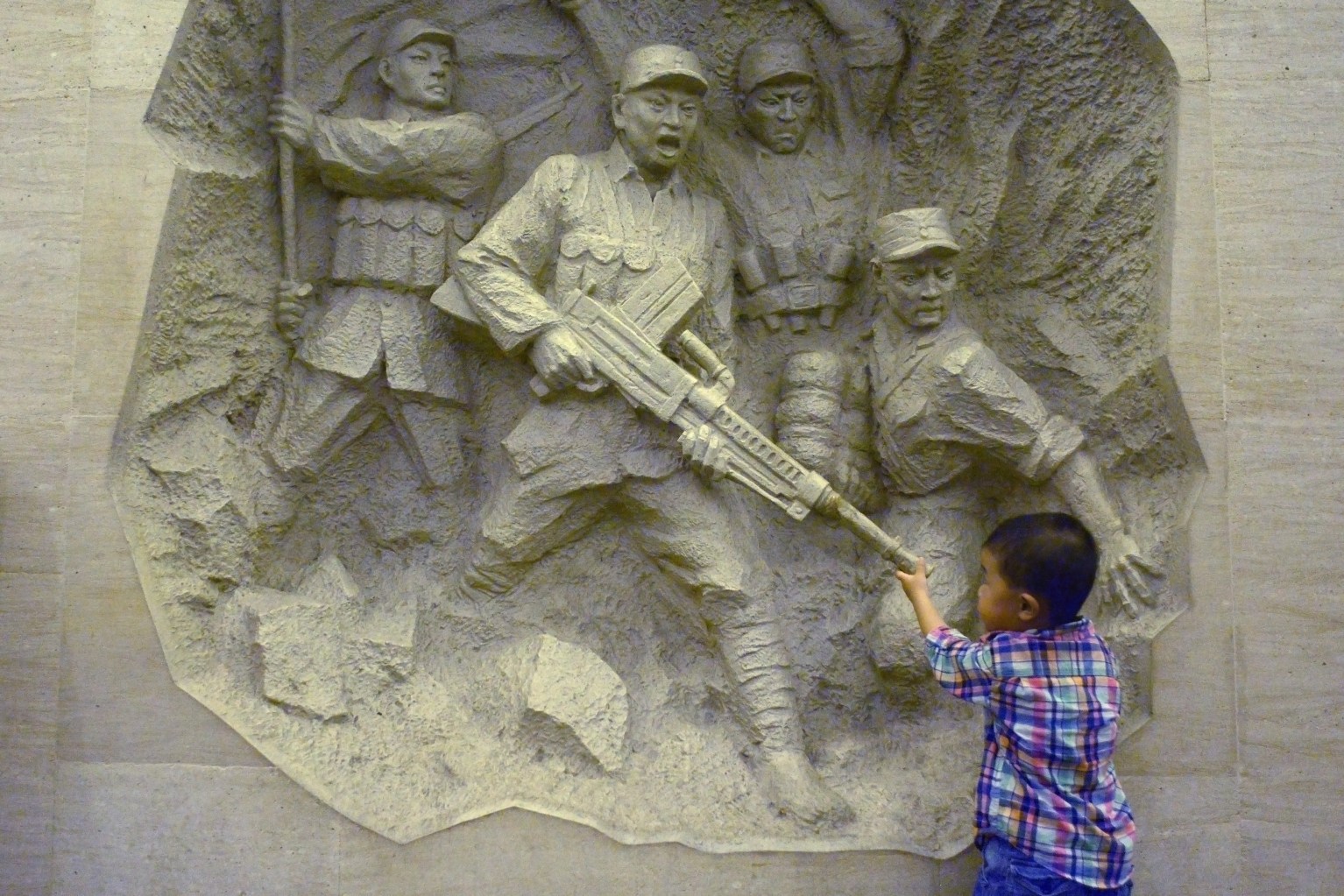 A boy visits China's Anti-Japanese War museum at the Marco Polo bridge, or Lugouqiao, in west Beijing on July 7, 2014, on the the 77th anniversary of the Marco Polo Bridge incident, a skirmish between Chinese and Japanese troops that served as a pretext for Tokyo's forces to seize Beijing and trigger the Sino-Japanese war. Chinese President Xi Jinping on July 7 commemorated the 77th anniversary of the official start of war with Japan, condemning those who "ignore the iron facts of history" in an oblique jab at Prime Minister Shinzo Abe. AFP PHOTO / WANG ZHAO (Photo credit should read WANG ZHAO/AFP/Getty Images)

The country’s rulers do not just suppress history, they recreate it to serve the present. They know that, in a communist state, change often starts when the past is challenged.

It is hard to overstate history’s role in a Chinese society run by a communist party. Communism itself is based on historical determinism: one of Marx’s points was that the world was moving inexorably towards communism, an argument that regime-builders such as Lenin and Mao used to justify their violent rises to power. In China, Marxism is layered on top of much older ideas about the role of history. Each succeeding dynasty wrote its predecessor’s history, and the dominant political ideology – what is now generically called Confucianism – was based on the concept that ideals for ruling were to be found in the past, with the virtuous ruler emulating them. Performance mattered, but mainly as proof of history’s judgment. 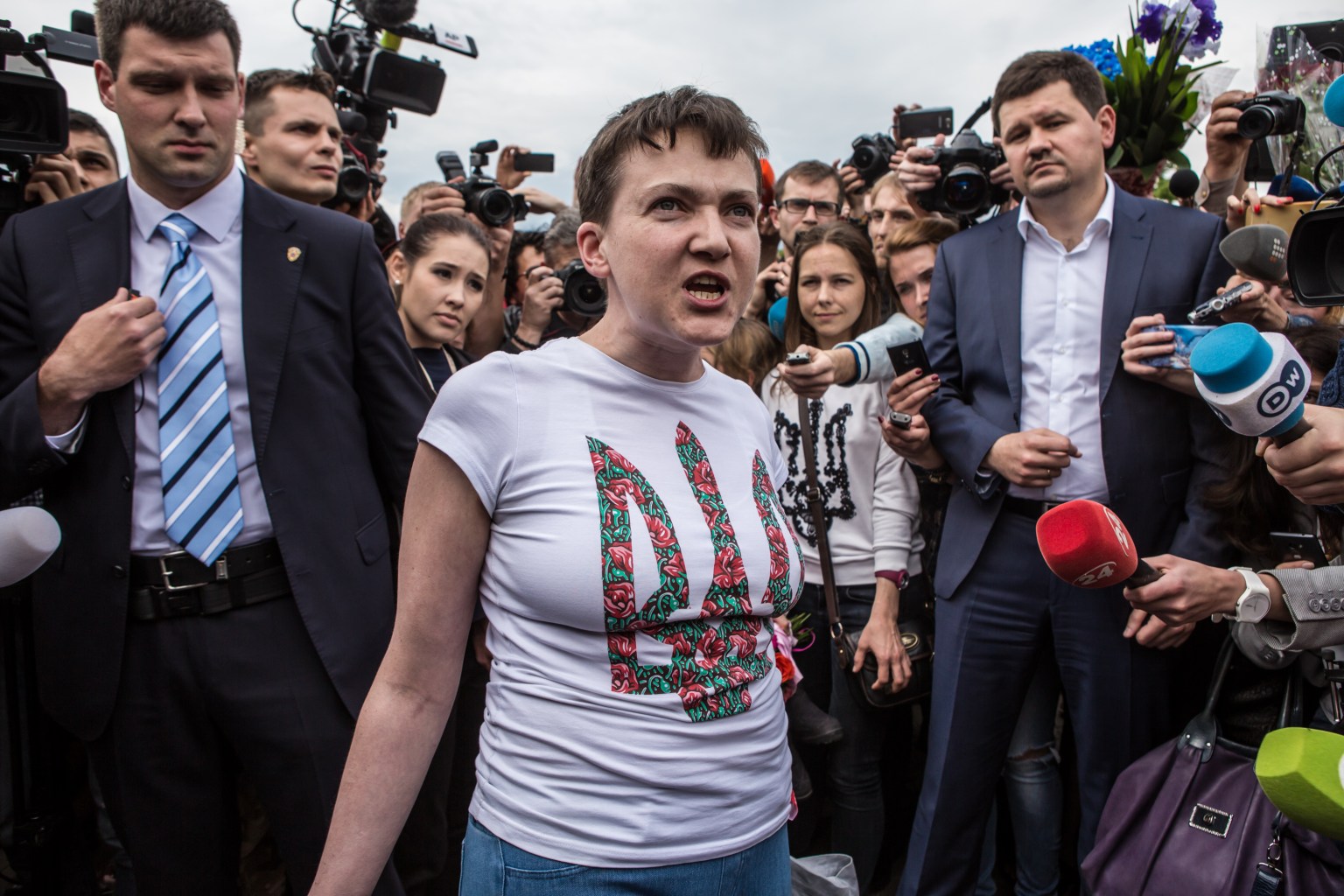 BORYSPIL, UKRAINE - MAY 25: Ukrainian military pilot Nadiya Savchenko is surrounded by media upon her arrival at Kyiv Boryspil Airport on May 25, 2016 in Boryspil, Ukraine. Savchenko was captured while fighting Russia-backed rebels in eastern Ukraine and put on trial in Russia on charges she was complicit in the deaths of two Russian journalists. In March she was convicted and sentenced to 22 years in prison, but was reportedly swapped for two Russian fighters captured by Ukrainian forces. (Photo by Brendan Hoffman/Getty Images)

The day of her return to Ukraine, Savchenko refused to adhere to Poroshenko’s plan and be whisked from Kiev’s airport to the president’s quarters for her first press appearance. Instead, she delivered her first remarks as a free woman barefoot at the airport. The former prisoner has continued to defy convention and to make waves in Ukrainian politics,referring to herself as a “ballistic missile,” warning that the Ukrainian Parliament “fucks people over every day” and that she won’t participate, and telling members of Parliament that they are all aboard the Titanic and headed for disaster.

Savchenko’s whirlwind entry into Ukrainian politics became possible after she was finally released following months of negotiations between Russian and Ukrainian officials. In March, a Russian court sentenced her to 22 years in jail for complicity in the deaths of two Russian journalists killed by artillery. Western governments criticized proceedings as a show trial. On May 25, Savchenko was pardoned by Russian President Vladimir Putin and exchanged for two Russian intelligence officers captured in eastern Ukraine, catapulting her into the center of Ukrainian politics.