Everything Is Awful, Brexit Edition

From the 2016 presidential election to the West’s standoff with Russia, the Brexit could reshape the world order for years to come.

The unexpected decision by British voters to leave the European Union in Thursday’s historic referendum is tumbling dominoes around the world, with dire implications for everything from Britain’s political future to Europe’s fragile unity to the retirement plans of older Americans. And with all the uncertainty over just how the crumbling United Kingdom will extricate itself from a 43-year marriage with Brussels, the global contagion looks set to continue for at least two years.

The fallout from the referendum — which the “Leave” campaign won by a 52-percent-to-48-percent margin thanks to a surprisingly robust turnout in eurosceptic parts of England — has implications for the U.S. presidential race, the global economy, and the balance of power among the United States, Europe, and Russia.

In the United States, Donald Trump’s campaign largely mirrors that of the “Leave” proponents, with an emphasis on nativist concerns and working-class angst — and the shocking U.K. result is already acting as a wake-up call to Democrats in the United States. The economic ripples from the vote have battered the British pound and the euro and poleaxed stock markets from Frankfurt to New York. Oil prices are reeling, thanks to fears the exit will usher in a prolonged recession. And key elements of U.S. foreign policy, such as closer trade relationships with the European Union, as well as a unified, trans-Atlantic response to Russian aggression, have now all been thrown by the wayside.

“This is the beginning of the end of the United Kingdom,” said Richard Haass, the president of the Council on Foreign Relations. 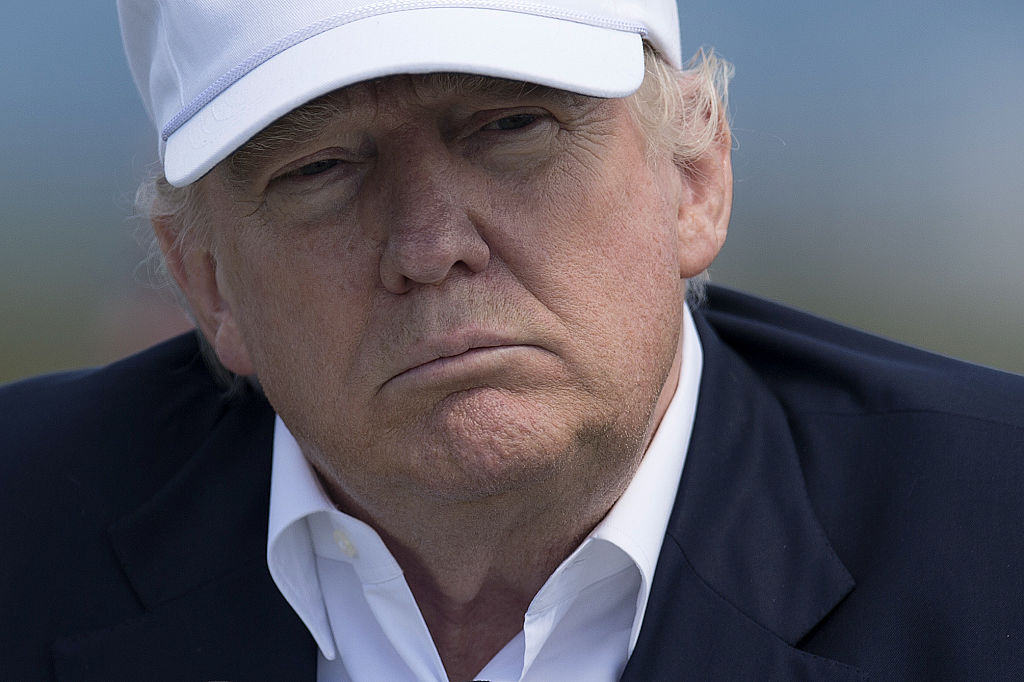 British Prime Minister David Cameron, who called the referendum thinking that he could defuse popular anger at Brussels, settle a long-running intra-party feud over Europe, and bolster the Tories’ electoral chances, said Friday that he would step down in the wake of the vote.

Cameron’s ultimately fatal misjudgment could be good news for Trump, confirming that working-class unhappiness at what they see as a rigged economy and a broken immigration system can fuel a ballot-box revolution. Before Thursday’s vote, polls, betting shops, and talking heads all confidently predicted that British voters would choose to stay in the EU — not unlike nationwide polls confidently predicting that Trump will be demolished in November by Democratic front-runner Hillary Clinton.

“We better get a whole lot better about thinking about the unthinkable,” Heather Conley, the director of the Europe program at the Center for Strategic and International Studies, said when asked about the possibility of a Trump presidency in the aftermath of the Brexit vote.

For Democrats, there are other worrying parallels. The proponents of the “Leave” campaign openly derided expert opinion and indisputable facts about Britain’s economic relationship to Brussels; “Leave” campaigners infamously repeated much-debunked claims about how much money the U.K. sends to Europe, for example, but voters proved impervious to facts. In the United States, Democrats have become increasingly frustrated that Trump’s propensity to exaggerate, falsify, and lie has little or no impact on his appeal to certain parts of the electorate.

Demographically, British voters who opted to leave the EU were older and whiter than those who voted to remain; “Little England” voters in the shires of the Midlands and other parts of England outside London voted overwhelmingly to ditch Brussels. That kind of electorate is similar to the older, whiter U.S. voters enthralled by Trump’s nostalgic calls to “Make America Great Again.”

Trump himself, on a lightning visit to one of his golf courses in Scotland, cheered the results of the referendum Friday, even though Scottish voters overwhelmingly sought to stay inside the EU. Trump said there was a “big parallel” with his own presidential run, in which people “want to take their country back.” He applauded the plummeting pound — which suffered its worst-ever beating on currency markets overnight and fell to 30-year lows — since it would make vacations cheaper at his Scottish resorts.

On a conference call with reporters, advisers to Hillary Clinton attacked Trump for what they called his “pathological self-congratulation” and for putting his golf course’s bottom line ahead of Americans’ pocketbooks. The decision to leave the EU, said Jake Sullivan, Clinton’s senior policy advisor, will hurt American working families. Trump’s cheering the pound’s collapse as good for business merely shows his own self-interest, Sullivan said.

But the same forces that propelled the U.K. to leave the EU — the brutalization of the working class by globalization; immigration and the migrant crisis; and growing anti-elite sentiment have also propelled Trump to the GOP nomination. Asked whether the Brexit vote might foreshadow a Trump victory, Clinton’s advisers argued on Friday that a U.S. presidential election is very different from a U.K. referendum on EU membership, and that the instability caused by the Brexit will cause voters to seek what Sullivan called Clinton’s “steady hand.”

The Clinton campaign’s argument going into November is that the vote will offer a choice between stability and chaos — and that voters will naturally prefer the former and pull the lever for Hillary. That argument, they believe, should win the day against Trump, but Thursday’s vote raises important questions about the Clinton campaign’s analysis of voter behavior. U.K. voters opted for a leap into the dark rather than more of the same; who’s to say U.S. voters won’t do the same? 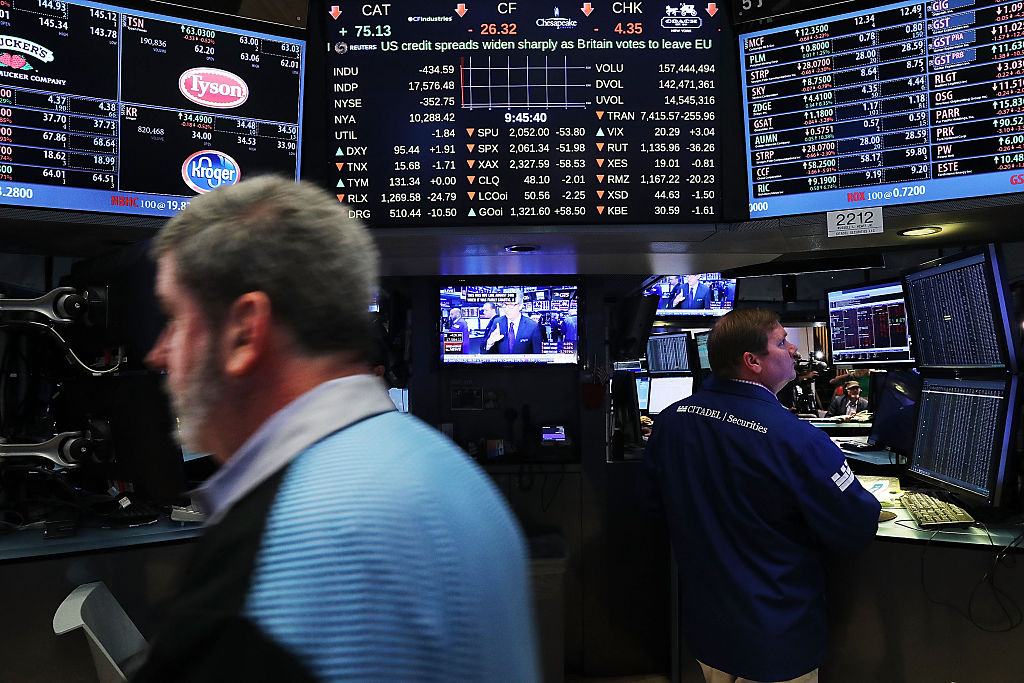 Trump may book more rounds of golf at Turnberry, but for the rest of the world, the economic fallout from the referendum is serious and possibly long-lasting. The pound’s bloodletting was matched by a plunging euro, thanks to fears that the Brexit vote will set off a cascade of similar secession moves and further weaken the already reeling economic union. That will make everything that Britain imports — from food to fuel — more expensive than it was Thursday morning.

By midday Friday, both currencies had made up some of their losses, though they remained in the red even after British officials pledged to intervene in currency markets. Japanese Prime Minister Shinzo Abe also urged the Group of 7 industrialized countries to take “whatever steps necessary” to stabilize the key international currencies.

Around the world, global stock indices got hammered. In London, the blue-chip FTSE 100 fell 3 percent; other British indices fell twice that. The Dow fell off a cliff in the morning, down 500 points, and remained there in midday trading. The German DAX dropped almost 7 percent, Japan’s Nikkei fell almost 8, and Shanghai shed more than 1 percent.

“The ‘Leave’ campaign’s victory has caught markets significantly off-side, particularly given the belief that momentum had swung towards ‘Remain’ in recent days,” said Mujtaba Rahman, head of the European practice at the Eurasia Group.

In years to come, other economic ramifications of the vote will make themselves clearer.

One of the key objectives of the administration of President Barack Obama, an ambitious trade pact with what was a 28-nation economic bloc, is now up in the air. And that goes double for any U.S.-U.K. trade deal. In April, during a visit to London, Obama said the U.K. would move to the “back of the queue” in any trade deal if the Brexit occurred.

“I think it’s fair to say that maybe some point down the line there might be a UK-U.S. trade agreement, but it’s not going to happen anytime soon because our focus is in negotiating with a big bloc, the European Union, to get a trade agreement done,” Obama said.

Even with an eventual trade deal, Britain’s economic prospects look bleaker. Scotland won’t likely remain part of the British economy, for starters: Scottish nationalist leaders said Friday that they will call another referendum on Scottish independence in the wake of the EU vote, since Scots overwhelmingly wanted to remain in the 28-nation body. Northern Ireland, which also voted to remain, has hinted at a similar move. Even some in the city of London itself, the bastion of the “Remain” vote inside England, are toying with the idea of seceding from the U.K.

And there are knock-on effects for plenty of countries in the EU. About 1 million Poles live and work in the U.K., for example, and it’s not clear if they’ll need to return home and try to find new jobs if the British decision ultimately ends free movement of European citizens across borders. Hundreds of thousands of other EU citizens, from Lithuanians to Spaniards, also live and work in the U.K. and may have to pack up as well.

And the British divorce works both ways: The younger Brits who overwhelmingly (75 percent) voted to stay in the EU may face a future of restricted mobility to work and study. One young voter, in a letter Friday to the Financial Times, fretted that “the younger generation has lost the right to live and work in 27 other countries.”

With the falling stock market, jittery oil traders, and fears of a global recession, Brexit has also overnight become an immediate issue for the U.S. economy. Clinton said in a statement Friday that “our first task has to be to make sure that the economic uncertainty created by these events does not hurt working families here in America.” 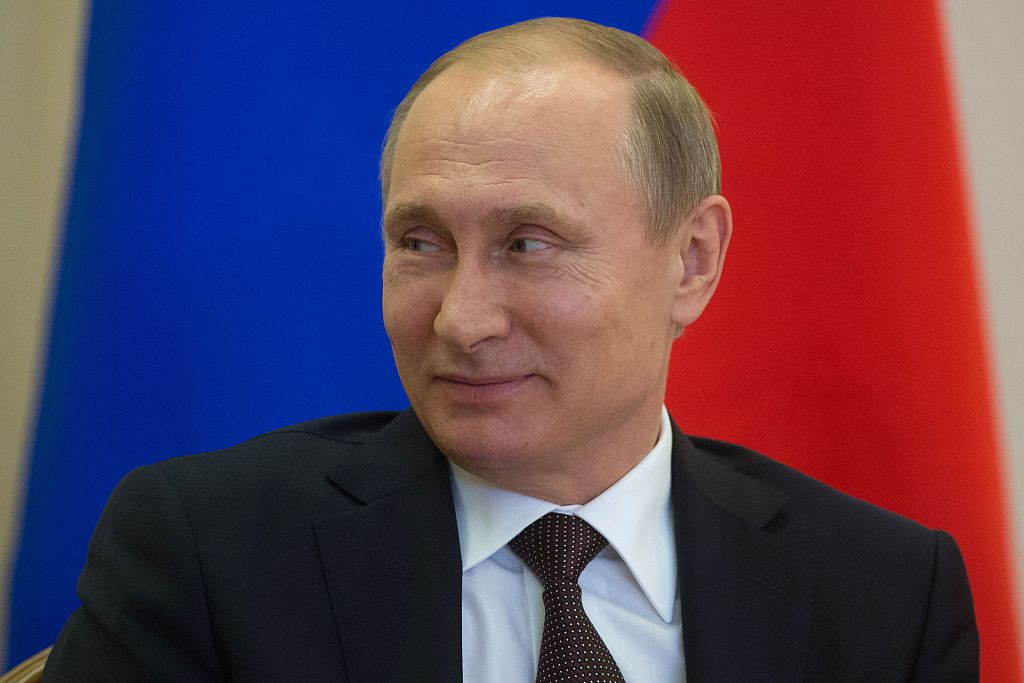 For all the wailing and gnashing of teeth from Lambeth to Leith, plenty of people were openly celebrating Britain’s farewell to Europe: authoritarians of all stripes.

Sergey Sobyanin, the mayor of Moscow, said that “without Great Britain in the EU, no one will so zealously defend the sanctions against us.” Others, like the Kremlin’s small-business ombudsman Boris Titov, enthused over the “Leave” victory. “It seems it has happened — UK out!!!” he wrote on Facebook.

Michael McFaul, the former U.S. ambassador to Russia, underscored how the vote weakens the European Union, especially as it tries to come to grips with an expansionist Russia. “Putin benefits from a weaker Europe. UK vote makes EU weaker. It’s just that simple,” McFaul wrote on Twitter.

For Washington, the U.K. has long offered a like-minded state inside the European Union that could help advance its own foreign policy goals. Even after Thursday’s vote, U.S. politicians vowed that the special ties forged between Britain and the United States in World War II will continue.

Rhetoric aside, Britain will have less diplomatic weight outside the EU than inside, which could have grave implications for U.S. foreign policy objectives, especially when it comes to countering Russian aggression.

“The U.K. is an essential part of U.S. government efforts to bring all of our Europeans along on a certain course of action,” said Peter Chase, senior fellow at the German Marshall Fund of the United States in Brussels. “Take Russian sanctions. We can frequently count on the U.K. to make the strong case that they need to be continued.”

Conley, of the Center for Strategic and International Studies, said Washington’s gaze will now increasingly shift to the real center of power inside Europe, Germany, to the growing detriment of Britain’s global role.

“When it comes to matters of Europe, we have looked to Berlin with increasing frequency,” she said. “When the president wants something, he calls Berlin.”