"The village where dozens of young girls have been raped is still waiting for justice" by Lauren Wolfe, The Guardian 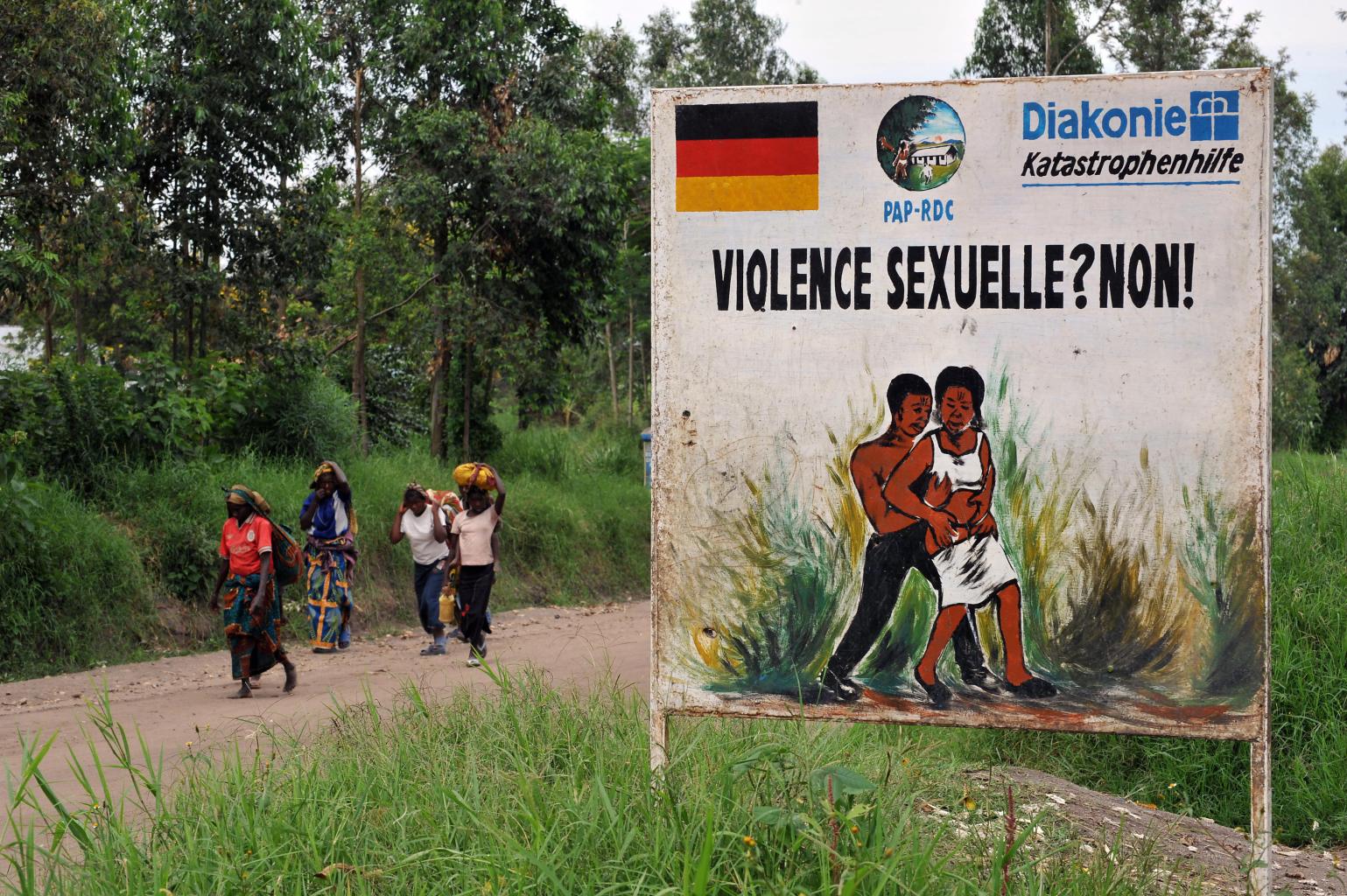 Congolese women walk past a sign opposing sexual violence on December 4, 2008 in Nyamilima, in Nord-Kivu, in the east of the Democratic Republic of Congo (DRC). There are many cases of rape and sexual vioence against women during recent fighting in this area. Months of fighting pitting Nkunda's rebels against government troops and various militia groups have displaced some 250,000 people in the eastern Congo and triggered a humanitarian crisis that has sparked international concern. AFP PHOTO / PASCAL GUYOT (Photo credit should read PASCAL GUYOT/AFP/Getty Images)

“The village where dozens of young girls have been raped is still waiting for justice” by Lauren Wolfe, The Guardian

In the past three years, Kavumu, in eastern Congo, has been torn apart by a series of horrific attacks. Will the perpetrators ever answer for their crimes?

For the Kavumu families caring for their “ruined” (as they put it) daughters, every day that passed brought new terrors. “We don’t know who will be the next child visited by the rapist,” one mother said. (The families asked that I not use their names in order to protect them from retribution.) They had gathered in a sweaty, dim room and crammed on to benches, chairs and the floor in order to tell their stories and talk about their fear. 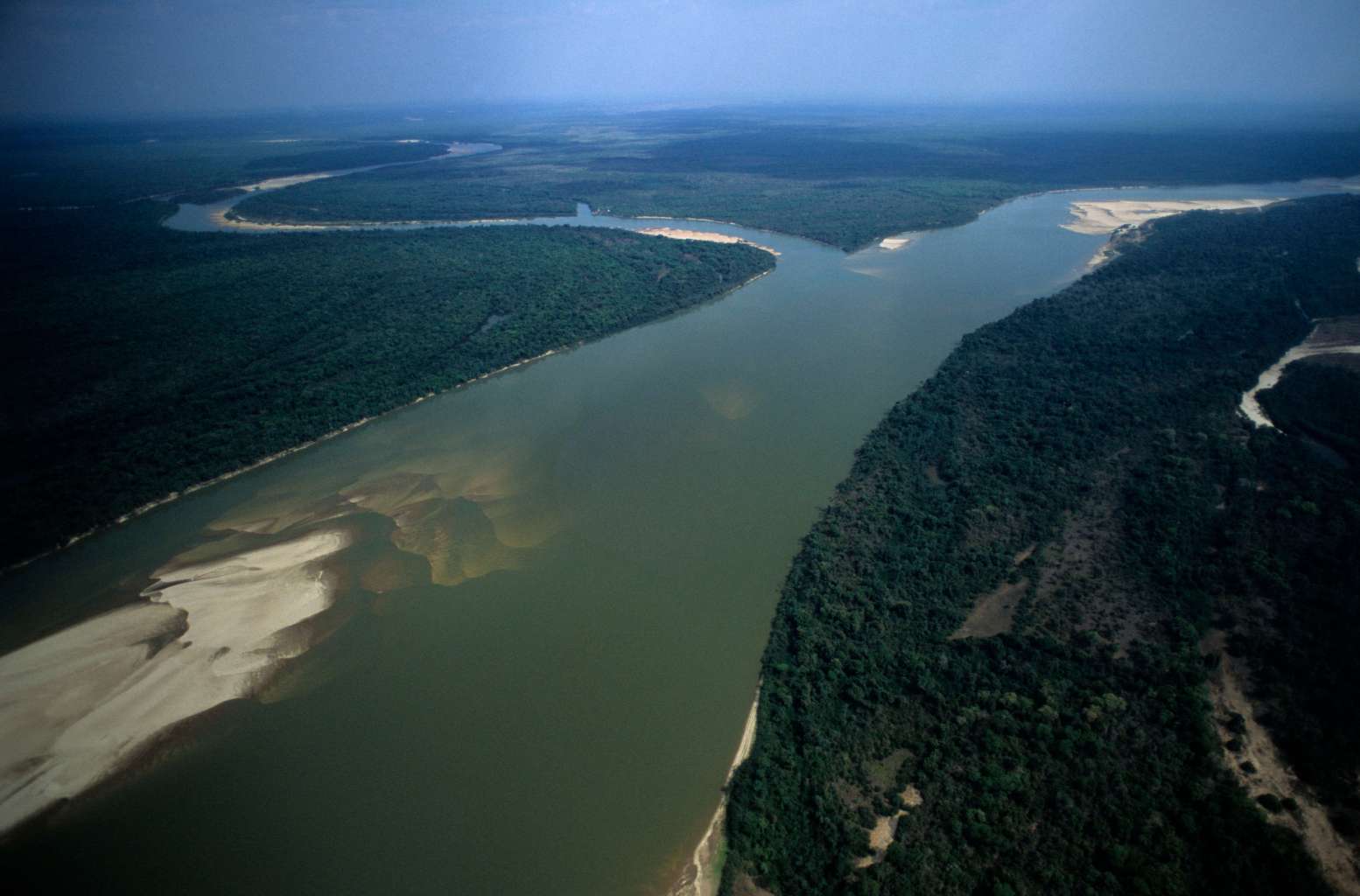 “An Isolated Tribe Emerges from the Rainforest” by Jon Lee Anderson, The New Yorker

In Peru, an unsolved killing has brought the Mashco Piro into contact with the outside world.

Before Nicolás (Shaco) Flores was killed, deep in the Peruvian rain forest, he had spent decades reaching out to the mysterious people called the Mashco Piro. Flores lived in the Madre de Dios region—a vast jungle surrounded by an even vaster wilderness, frequented mostly by illegal loggers, miners, narco-traffickers, and a few adventurers. For more than a hundred years, the Mashco had lived in almost complete isolation; there were rare sightings, but they were often indistinguishable from backwoods folklore.

Flores, a farmer and a river guide, was a self-appointed conduit between the Mashco and the region’s other indigenous people, who lived mostly in riverside villages. He provided them with food and machetes, and tried to lure them out of the forest. But in 2011, for unclear reasons, the relationship broke down; one afternoon, when the Mashco appeared on the riverbank and beckoned to Shaco, he ignored them. A week later, as he tended his vegetable patch, a bamboo arrow flew out of the forest, piercing his heart. In Peru’s urban centers, the incident generated lurid news stories about savage natives attacking peaceable settlers. After a few days, though, the attention subsided, and life in the Amazonian backwater returned to its usual obscurity. 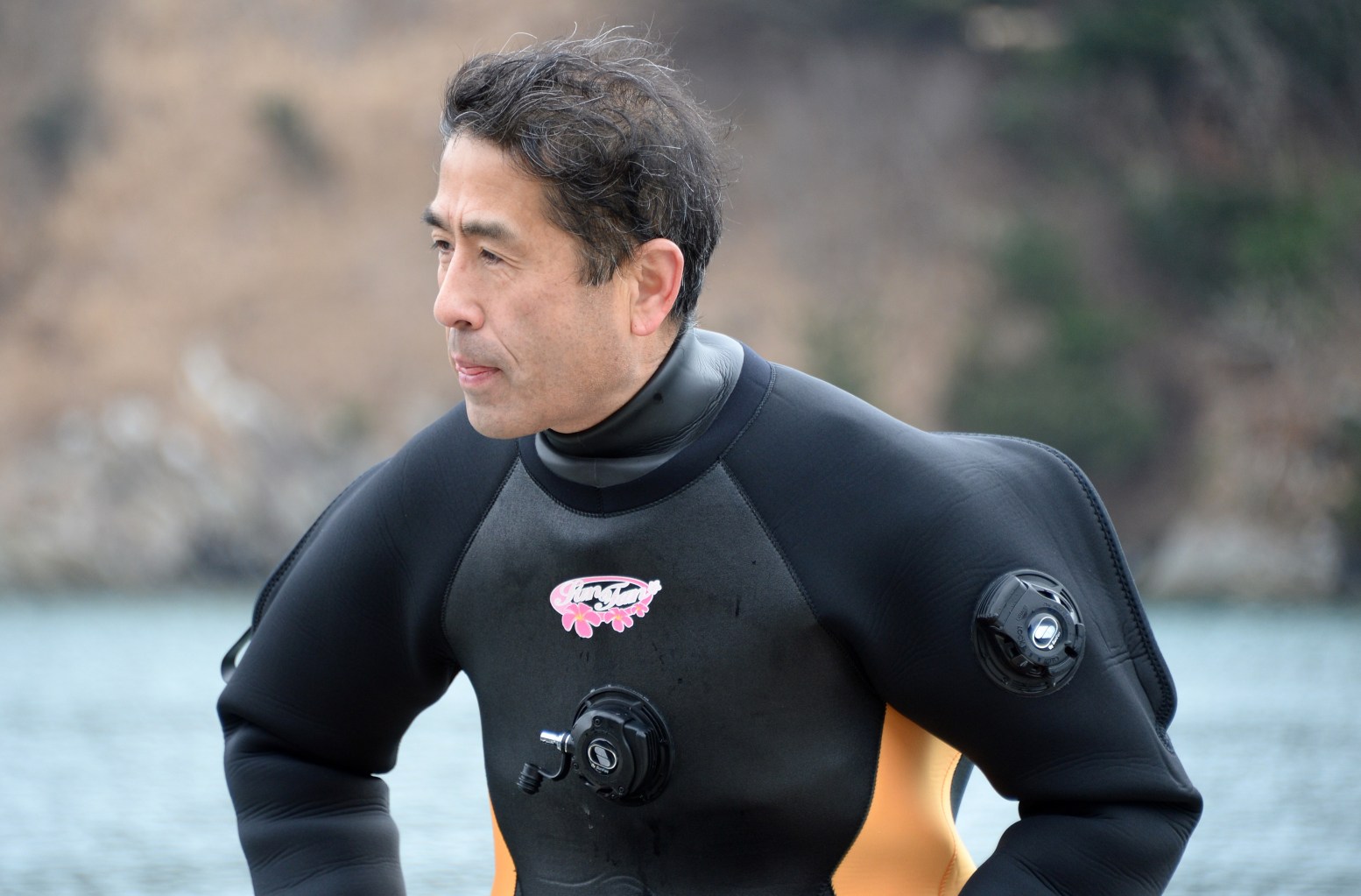 To go with story: Japan-Nuclear-Disaster-Diving,FEATURE by Harumi Ozawa Yasuo Takamatsu looks out to sea as he sits on the edge of a boat after a diving lesson in Onagawa, Miyagi Prefecture, on March 2, 2014. Te 57-year-old bus driver started taking scuba diving lessons in November to find his wife who is still missing after the 3/11 tsunami. AFP PHOTO/Toru YAMANAKA (Photo credit should read TORU YAMANAKA/AFP/Getty Images)

“‘I Have No Choice but to Keep Looking’” by Jennifer Percy, New York Times Magazine

Five years after the tsunami that killed tens of thousands in Japan, a husband still searches the sea for his wife, joined by a father hoping to find his daughter.

On the first dive, Takamatsu took a boat out to sea. He was scared. The water wasn’t clear, and he knew that below the surface, there were dangers — he could get caught by a rope or cut by debris. A flipper might hit his head and flood his mask. The regulator might not work. He might panic. He could die of hypothermia, entanglement, the bends.

For his first dive, he reached a depth of 16 feet. He had expected silence, but the ocean had a sound. Takamatsu called it chirichiri — the sound of hair burning or a snake hissing. Takahashi instructed him not to touch the bottom with his hands or fins because he might kick up a disorienting cloud of sand. Takamatsu kept his head down and flippers up. 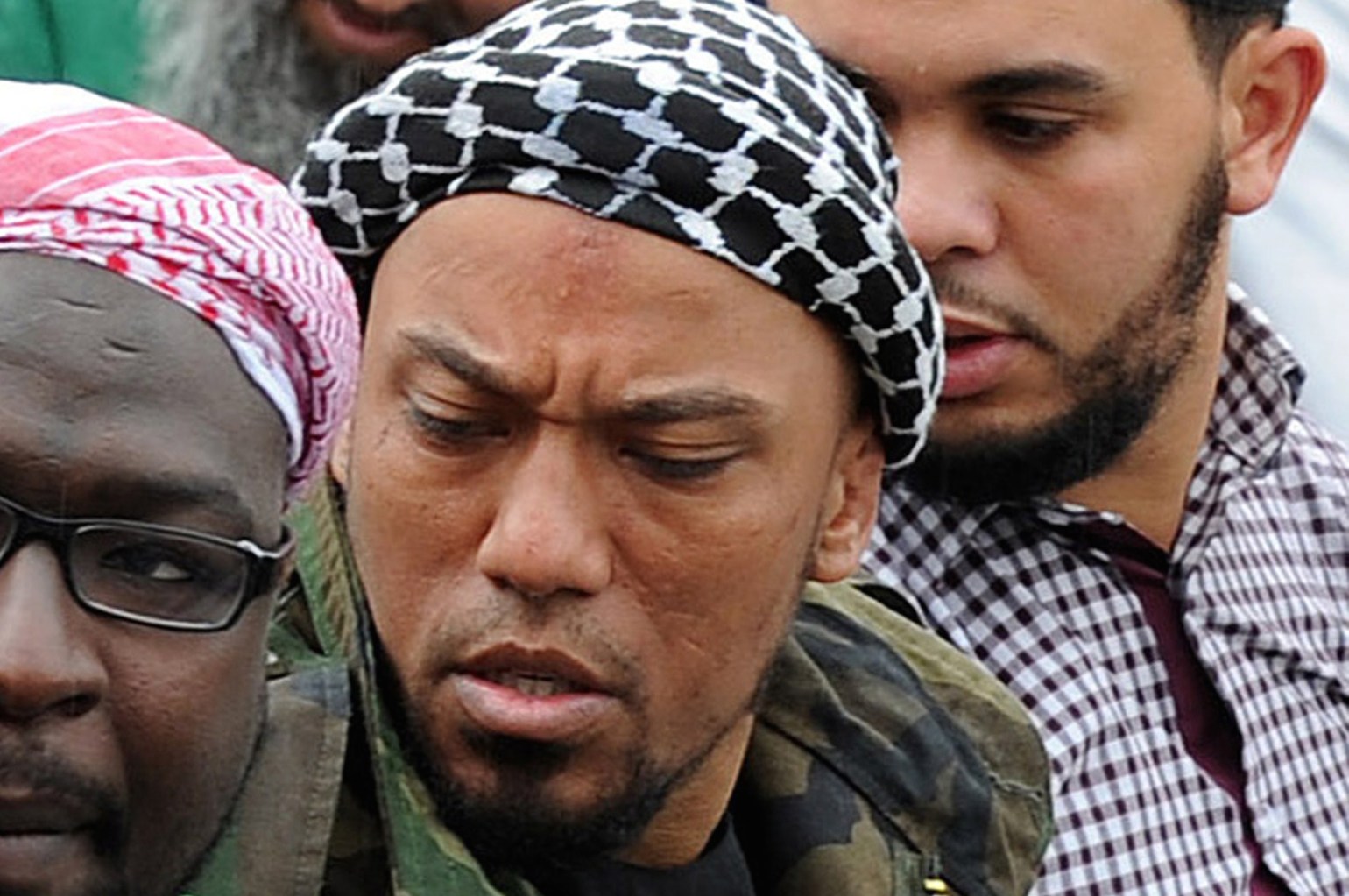 Picture taken on May 5, 2012 shows former German rapper Denis Cuspert (C) among salafi in Bonn, Germany. Denis Mamadou Cuspert, who rapped under the name Deso Dogg but took on the name Abu Talha al-Almani in Syria, was initially reported to have been killed in a suicide attack Sunday in an eastern province but hours later some retracted the claim, saying he was still alive. AFP PHOTO /DPA/ HENNING KAISER GERMANY OUT (Photo credit should read HENNING KAISER/AFP/Getty Images)

“The Pop Star Of Jihad” by Amos Barshad, Fader

The strange tale of Deso Dogg, the German rapper who fled to Syria to sing songs for ISIS.

Though he left rap, Cuspert never abandoned music. He began instead singing songs in praise of the international jihad, what jihadists refer to as nasheeds. Traditionally, nasheeds are songs of uplift, mostly a cappella, about Islam, its practices, and its history. But these were songs about fighters-in-arms, about explosions, about mass murder. In one, a German-language adaptation of a jihadist anthem called “Qariban Qariba,” Cuspert declared, Enemies of Allah, we want your blood/ It tastes so wonderful.

After leaving Germany, he reimagined himself with a new name. He was now Abu Talha al-Almani — Abu Talha the German. Thanks to Junud al-Sham and Islamic State videos, he became possibly the most prominent black man within jihadist ranks in Iraq and Syria. He was an ex-gangster rapper on the front lines, cheating death, singing songs of war. In videos, he was seen marching through the bloodied and at times decapitated victims of his fellow fighters; his job was to praise the massacring, and he took to it with fervor.

Eight vacationing Mexican tourists and four tour guides were gunned down — out of the blue — by Egyptian military aircraft. What happened?

For the Mexican tourists, it was supposed to be two weeks of sightseeing, adventure, and mild spiritualism. The 16 tourists had arrived together on Sept. 11, picked up at Cairo International Airport at 1:30 p.m., and taken in a 23-seat Toyota Coaster minibus to the Movenpick hotel, which sits just opposite the Great Pyramid of Giza. They stayed the night at the Movenpick and spent the following day visiting the pyramids and Cairo’s Khan el-Khalili market, the most famous in the city. They then spent another night at the Movenpick before waking up early on the morning of Sept. 13, knowing a long journey was ahead of them.

Windows of Egypt, a well-regarded firm offering Nile cruises, temple visits, and seven-day camel trekking tours of the desert led the tour. Nabil El Tamawi, an experienced guide who spoke fluent Spanish and had worked with tour groups in Egypt for 25 years was the head guide. The tourists had been gathered together by Rafael Berjerano, a 41-year-old spiritual healer and musician, and his mother Marisela Rangel Ravalos, both of whom had visited Egypt on similar tours before.