How Kim Jong-Un Celebrates a Ballistic Missile Launch, in Photos

There’s really only one way North Korean dictator Kim Jong-Un could celebrate a successful missile launch: with fireworks and a coordinated dance party, of course.

There’s really only one way North Korean dictator Kim Jong-Un could celebrate a successful missile launch: with fireworks and a coordinated dance party, of course.

Pyongyang honored its annual “Military First” holiday on Thursday, shortly after North Korea successfully launched a ballistic missile from a submarine. The missile flew more than 300 miles in a high trajectory before landing in the Sea of Japan; once operational, it could fly as far as 620 miles.

According to North Korean state media, Kim called it the “success of all successes.”

Photos published by North Korean media outlets show Kim hugging military officials to celebrate the test, and huge crowds who took to the streets of the capital to dance and watch fireworks in Kim Il-sung Square.

Officials in Washington and South Korea criticized the test, and called for Pyongyang to de-escalate its ongoing missile campaign, which is intended to showcase the isolated country’s supposed military force. It has heightened tensions between North Korea and Japan and South Korea, who worry that North Korea’s increasingly sophisticated missile systems could potentially overwhelm even advanced missile defenses already in place.

This week, North Korean officials threatened to turn both Washington and Seoul into “a heap of ashes” if they made moves to invade North Korean territory. 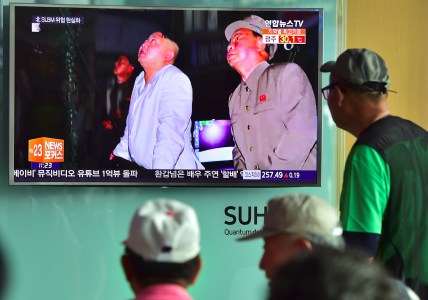 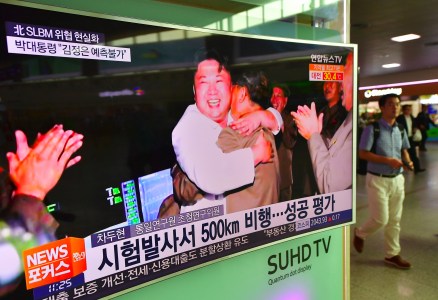 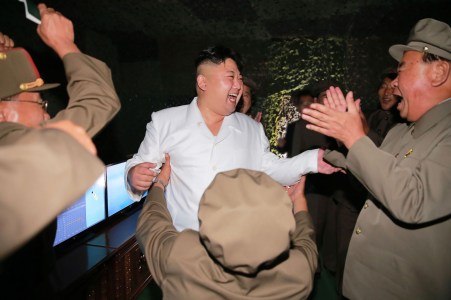 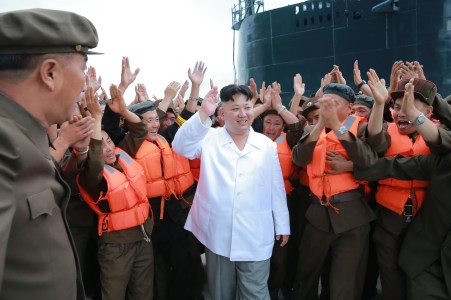 The Tragic Romance of the Middle-Aged Western Liberal

Finland Has a Plan for Russia’s Little Green Men