"Once a Bucknell Professor, Now the Commander of an Ethiopian Rebel Army" by Joshua Hammer, New York Times Magazine 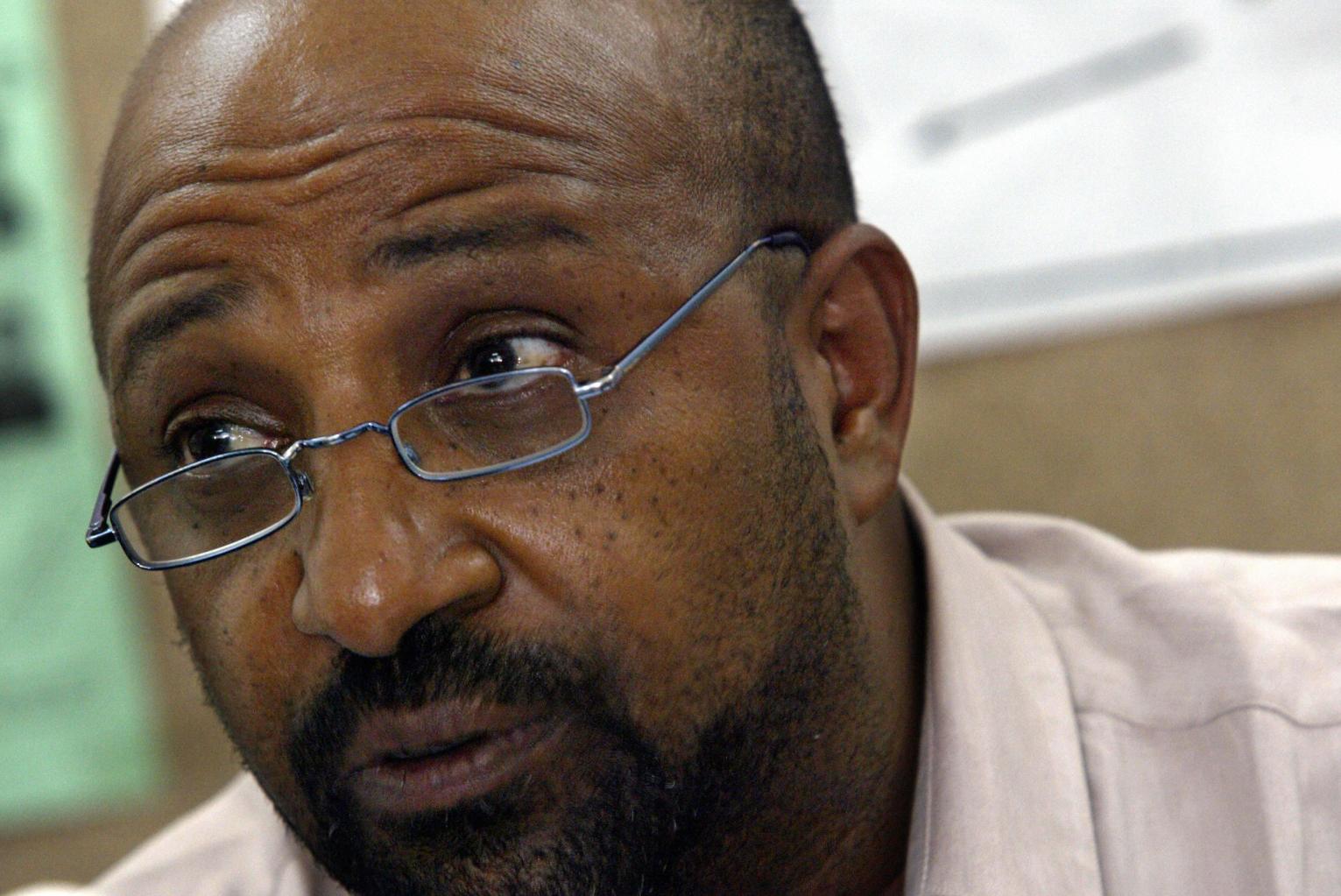 “Once a Bucknell Professor, Now the Commander of an Ethiopian Rebel Army” by Joshua Hammer, New York Times Magazine

Why Berhanu Nega traded a tenured position for the chance to lead a revolutionary force against an oppressive regime.

Nega remained vague about his past. But students curious enough to Google him would discover that the man who stood before them, outlining development policies in sub-Saharan Africa, was in fact intimately involved in the long-running hostility between Ethiopia and neighboring Eritrea, a conflict that has dragged on for half a century. By the start of the millennium, its newest incarnation, a border war over a patch of seemingly worthless ground just 250 square miles in size, devolved into a tense standoff, with the two nations each massing along the border thousands of troops from both official and unofficial armies. One proxy army fighting on the Eritrean side, a group of disaffected Ethiopians called Ginbot 7, was a force that Nega helped create, founding the movement in 2008 with another Ethiopian exile, Andargachew Tsege, in Washington. The Ethiopian government, which had previously detained Nega as a political prisoner for two years in Addis Ababa, now sentenced him to death in absentia. Bucknell students who did learn about their teacher’s past were thrilled. “It made his classes exciting,” Rickard says. 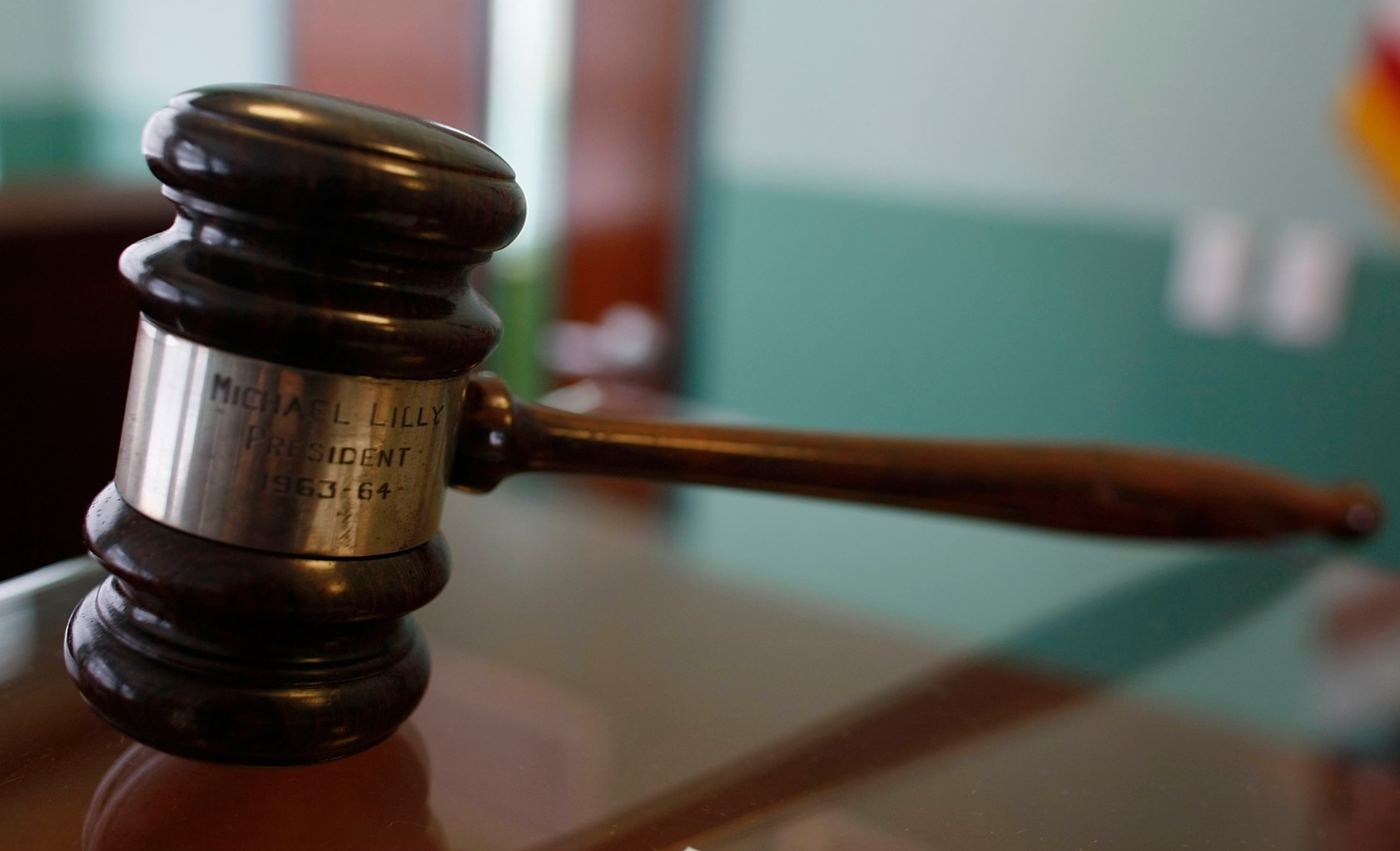 MIAMI - FEBRUARY 02: A judges gavel rests on top of a desk in the courtroom of the newly opened Black Police Precinct and Courthouse Museum February 3, 2009 in Miami, Florida. The museum is located in the only known structure in the nation that was designed, devoted to and operated as a separate station house and municipal court for African-Americans. In September 1944, the first black patrolmen were sworn in as emergency policemen to enforce the law in what was then called the "Central Negro District." The precinct building opened in May 1950 to provide a station house for the black policemen and a courtroom for black judges in which to adjudicate black defendants. The building operated from 1950 until its closing in 1963. (Photo by Joe Raedle/Getty Images)

“The Court That Rules the World” by Chris Hamby, Buzzfeed News

A parallel legal universe, open only to corporations and largely invisible to everyone else, helps executives convicted of crimes escape punishment.

ISDS has not only put rapacious leaders on notice, its defenders say, but it has also encouraged investment, especially in poor countries, helping to raise overall economic development. Some even say that it helps avoid gunboat diplomacy and tense international showdowns because countries have agreed on a forum where they can resolve disputes involving major investments.

But over the last two decades, ISDS has morphed from a rarely used last resort, designed for egregious cases of state theft or blatant discrimination, into a powerful tool that corporations brandish ever more frequently, often against broad public policies that they claim crimp profits. 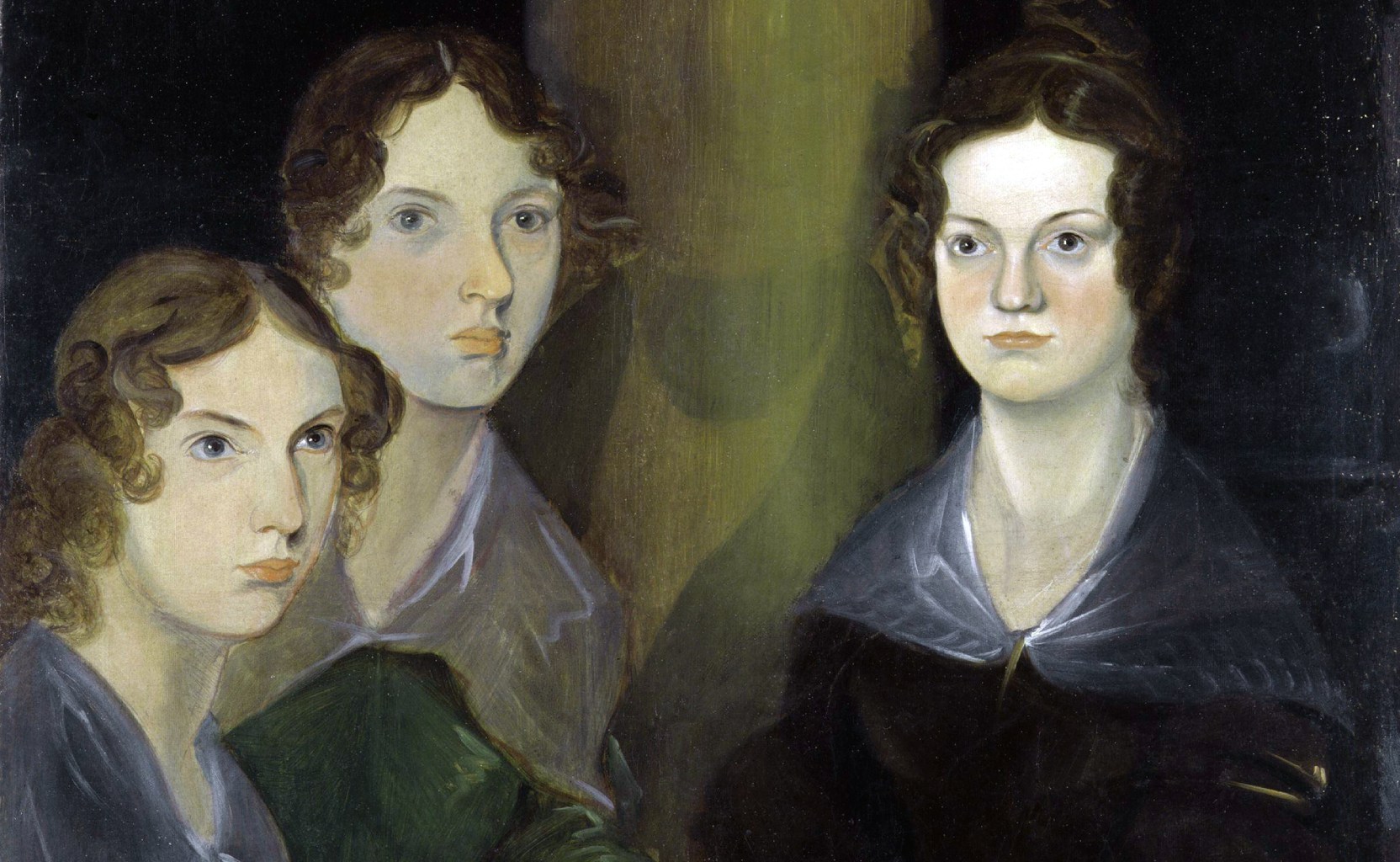 “The Shape Of Emily’s Coffin” by Laura June Topolsky, The Hairpin

The mysteries of the least known Brontë sister.

The vast majority of people aren’t interesting enough to warrant a myth. But the author of Wuthering Heights—one of the most confounding and emotionally violent books in English literature—is. We’re coming up with new theories still: Just this week, The Guardian wondered (based on remarks made by Harman) whether Emily Brontë might not have had Asperger’s Syndrome (and of course, they used a portrait of Emily that definitely is not her). Peruse the index for the entry “Brontë, Emily Jane” in Winifred Gérin’s landmark (and first) full biography of Emily from 1971 and you’ll find: her freedom; her visionary power; her extreme reserve; her nickname (“The Major”); singularities of dress; growing perception of humanity’s burden; incident of mad dog; her aversion to publication; her contempt for her published work; extinguishes fire; her unsociability; her inflexible character; her increasing withdrawal — and so on. 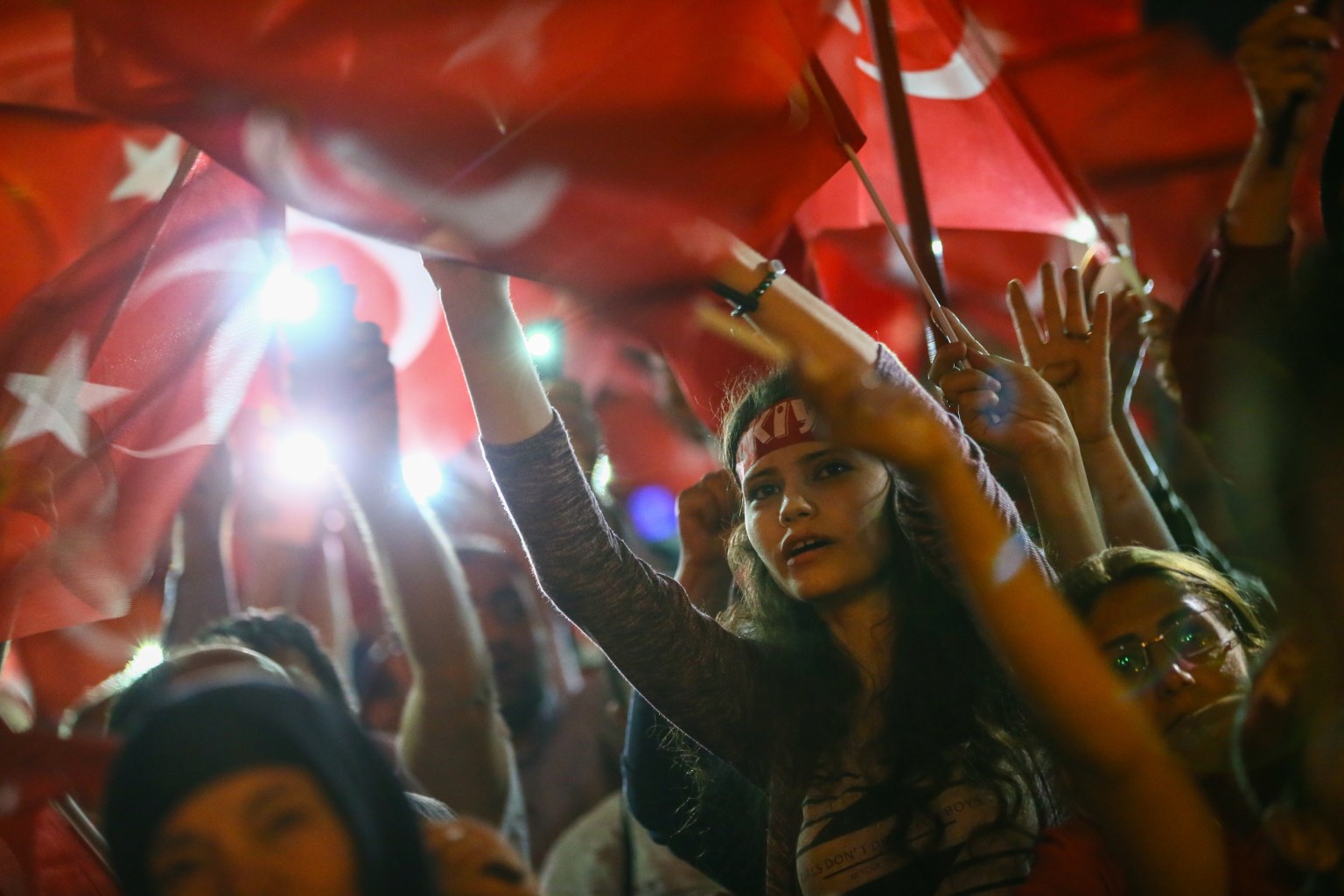 IZMIR, TURKEY - JULY 31: People gather during a protest against July 15 failed military coup attempt at Konak Square in Izmir, Turkey on July 31, 2016. Turkish officials accuse U.S.-based Turkish citizen Fetullah Gulen plotting to overthrow the government of President Erdogan as the culmination of a long running campaign to infiltrate Turkish institutions including the military, the police and the judiciary. (Photo by Emin Menguarslan/Anadolu Agency/Getty Images)

“Welcome to demokrasi: how Erdoğan got more popular than ever” by Christopher de Bellaigue, The Guardian

After a decade in power, Turkey’s ruler presides over a new form of democracy that the west neither likes nor understands: an authoritarian regime that exalts the will of the majority.

Turkey under Erdoğan may be compared with Putin’s Russia, Modi’s India and Netanyahu’s Israel. In all these places the forms of democracy have been suborned by majoritarian nationalism, bolstered to varying degrees by the security state. In fact, Erdoğan’s programme does not look very different to the prospectus unveiled by France’s would-be strongman, Nicolas Sarkozy, whose campaign for the presidency looks likely to be defined by his promises to enforce majority prejudice over minority interests. (His support for the burkini ban is a case in point.) Of course, Erdoğan is an Islamist – while the others are anti-Islamists. But the new wave of elected authoritarians are nothing if not indulgent of many different varieties of nationalist phobia.

From this perspective, Erdoğan is less an aberration than the vanguard of a global trend: the dissolution of the supposedly universal democratic ideal into many indigenised “versions” of democracy. 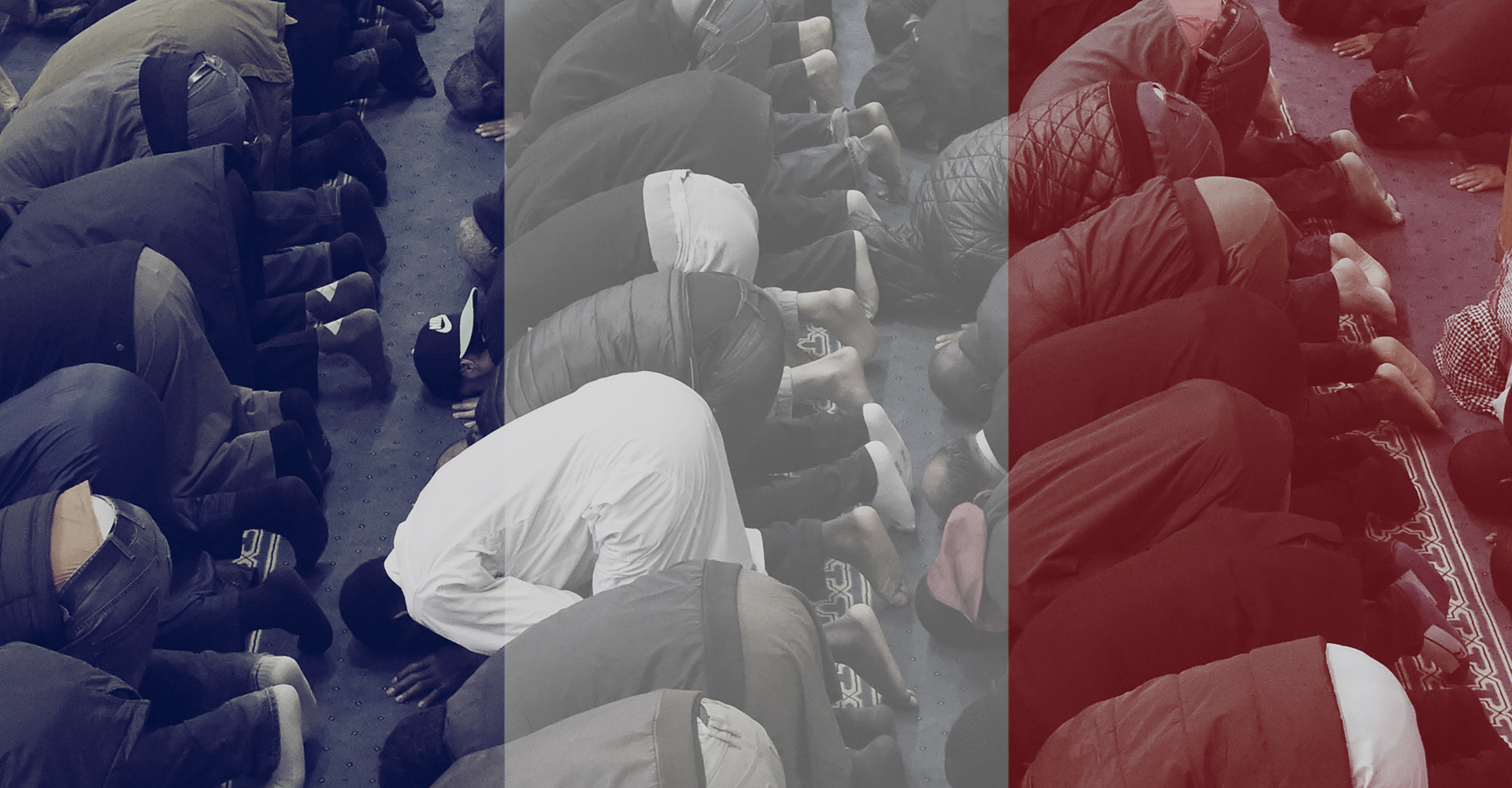 “How to Stop a Martyr” by Elisabeth Zerofsky, Foreign Policy

France is rolling out an experimental center to deradicalize homegrown extremists. The problem is no one really knows how to stop a terrorist before he picks up a gun.

Radicalization is a murky process. Though it affects only a small number of people, that number seems to be growing in France and there’s little agreement on how or why it happens. The sociologist Farhad Khosrokhavar and others maintain that social factors like economic exclusion, social stigmatization, and the lack of a means for political expression may cause radical ideologies to resonate.

The internet, which facilitates easy communication, is also considered an enabling factor. As the journalist David Thomson observes in his 2014 book, French Jihadists, hardcore YouTube videos that get thousands of hits every week have exponentially expanded the audience for jihadism, including people without prior interest. The spectrum of French radicals ranges from the Nice attacker, who appears to have had mental health problems but no direct connection to a terrorist organization, to the attackers on Nov. 13, 2015, who were avowed members of the Islamic State.