Behind bars, a vibrant community of barber shops, DJs, and churches thrives. But the gangs in charge also ensure a consistent flow of drugs and cash.

Photographs by Oscar B. Castillo 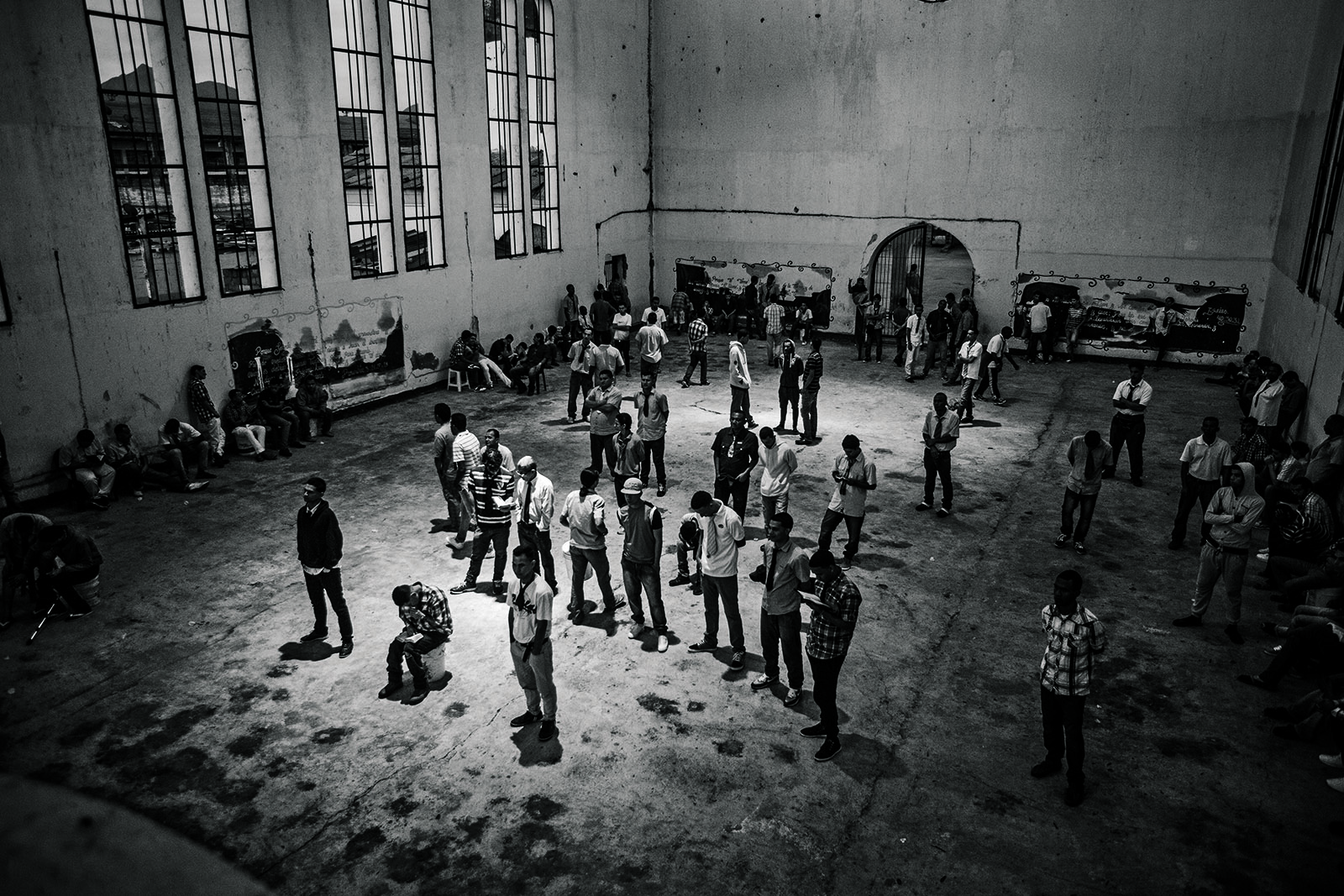 Venezuela is in the middle of an economic collapse. With hyperinflation projected to reach 480 percent by the end of this year, severe food shortages and riots have shaken the nation. Conditions in prisons are particularly desperate. According to human rights groups, 50,000 people live in complexes designed for less than half that number.

Where conditions languish, though, prisoners sometimes claim authority. Since 2014, Venezuelan photographer Oscar B. Castillo has been documenting life in a convict-controlled detention facility in San Juan de los Morros. Gang members, not guards, enforce de facto rules. A church, pictured above in 2015, is a prison within a prison, where men go for stealing or not paying debts.

The culture can be violent, yet Castillo’s project shows inmates leading dynamic lives. “Despite being enclosed in an incredibly dangerous place,” he says, “[they] are looking to find culture and community.” 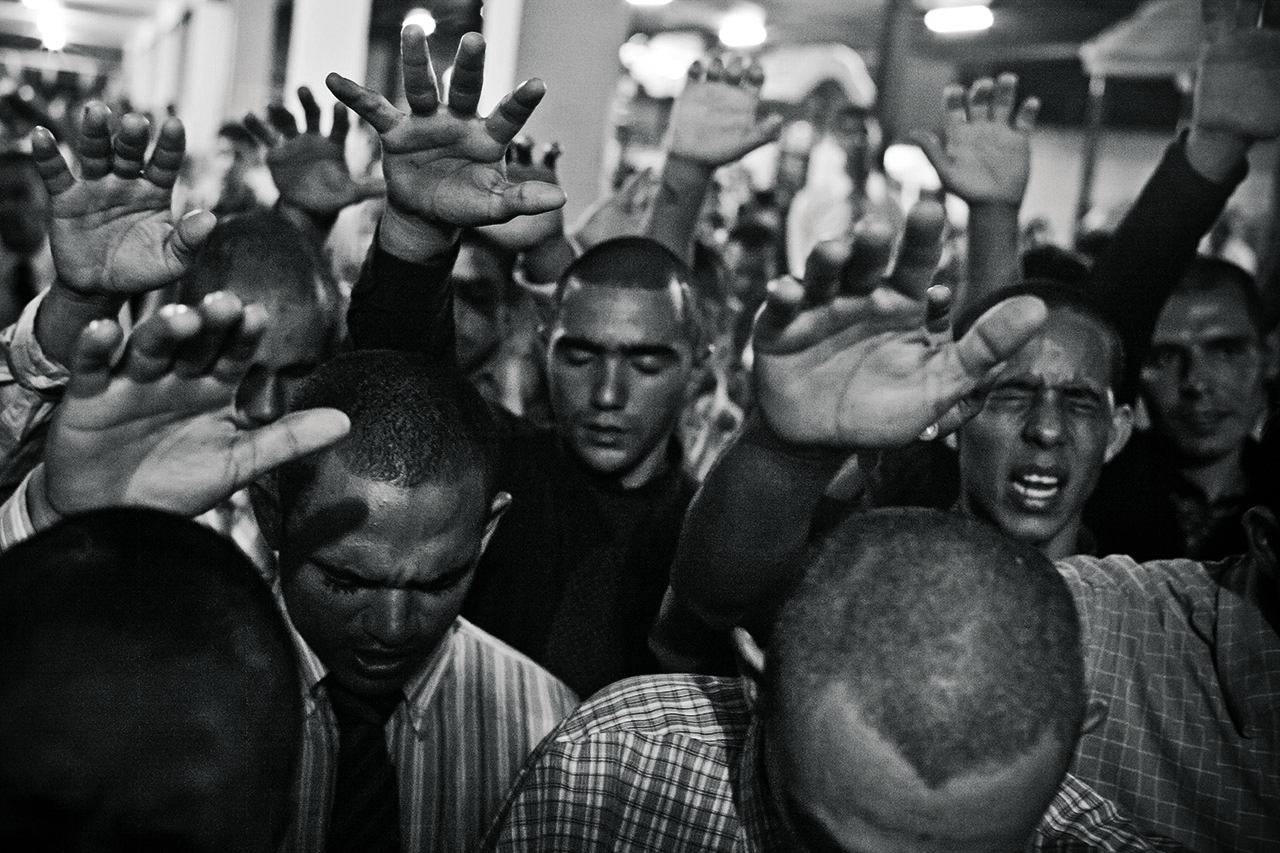 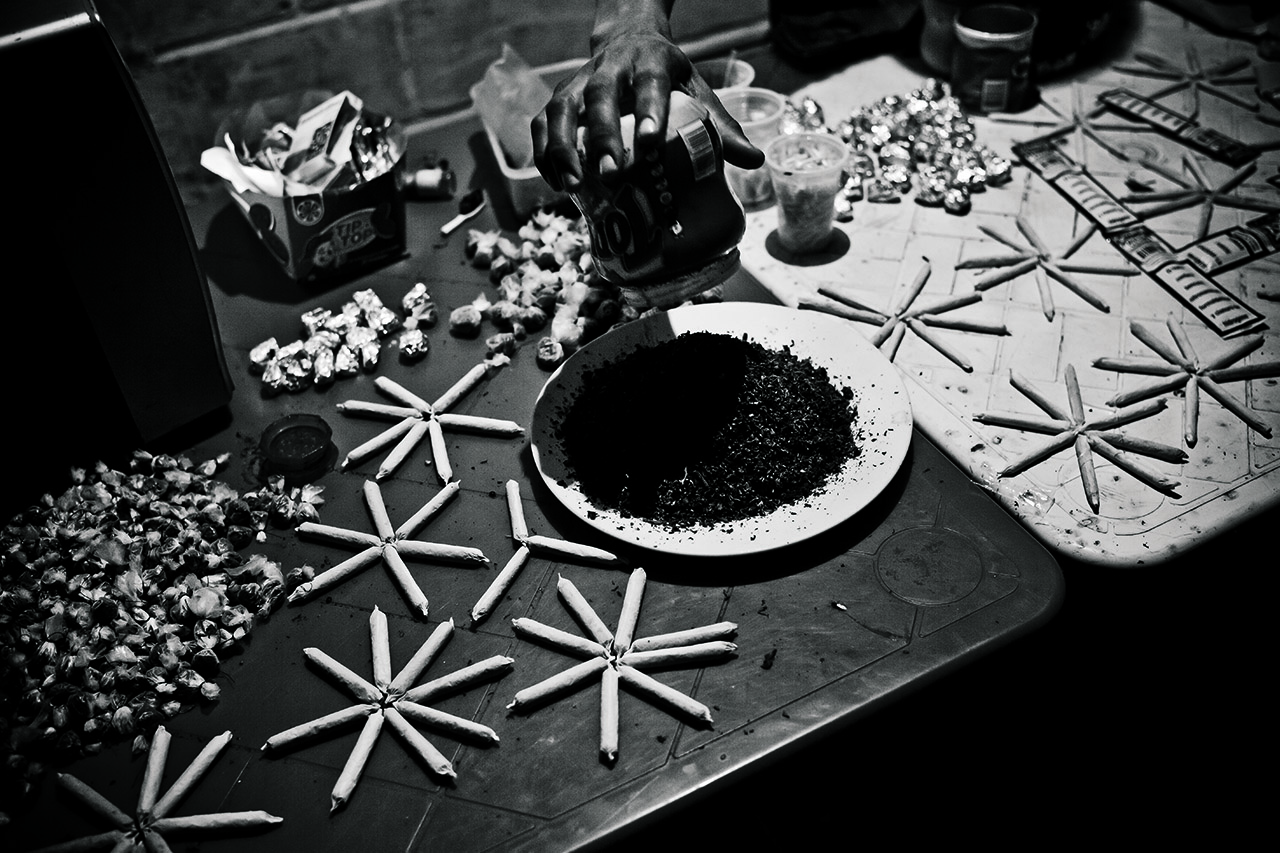 Amateur evangelists preach to other inmates in 2014. Gangs allow devout Christians to live, with some autonomy, in a special section of the prison.

Drugs such as marijuana and cocaine are easy to get. Visitors and corrupt security personnel smuggle them in, and prisoners control illicit trading. 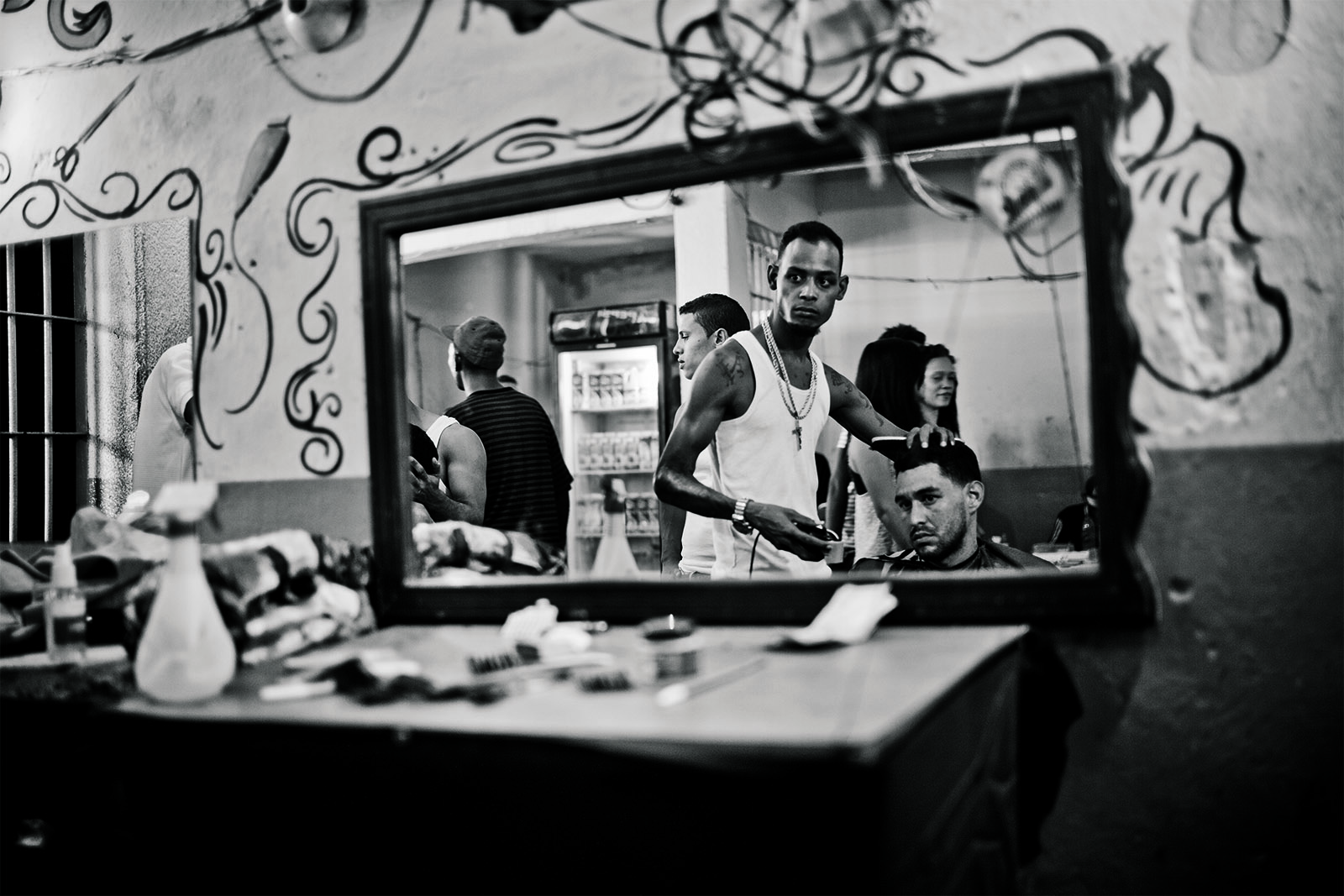 Small ad hoc businesses, such as a barber shop, offer services to prisoners and sometimes to visitors. Inmates transact mostly in cash brought in by family and friends, but they also barter for products. 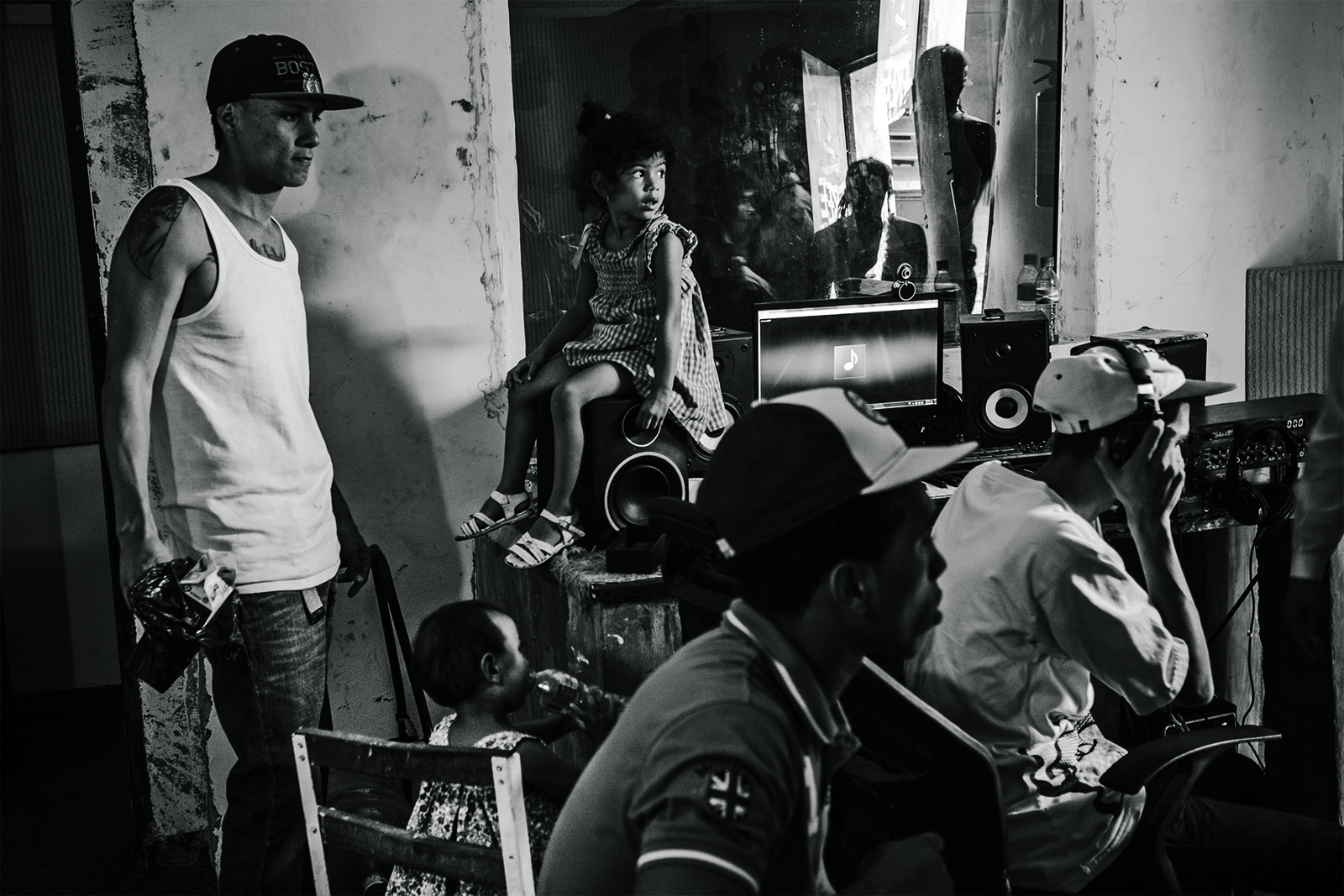 At a recording studio, an inmate nicknamed Masta R and his daughters, visiting one day this year, listen to songs recorded by his hip-hop group, Free Convict. The group includes about 15 people, some with gang affiliations; their lyrics run the gamut of topics, from prison life to family to social justice. 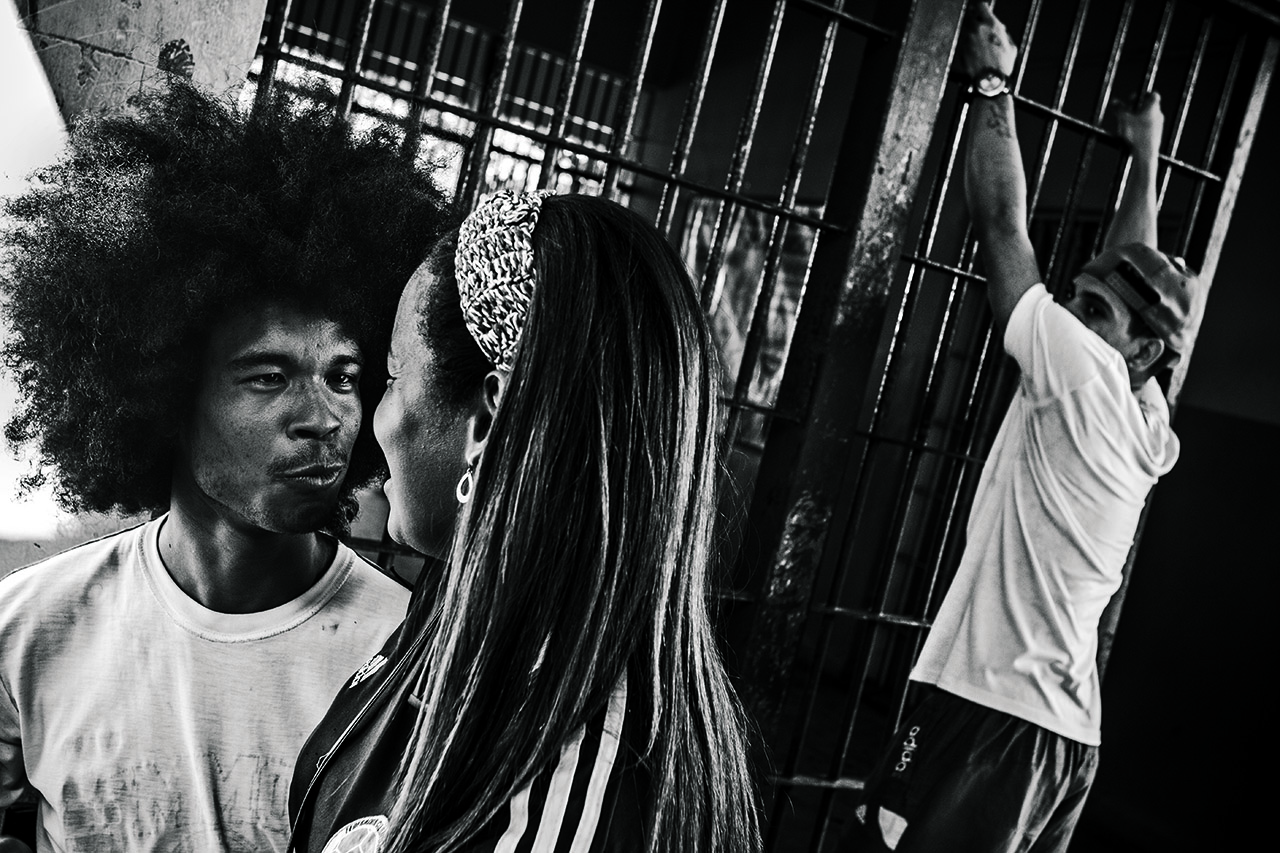 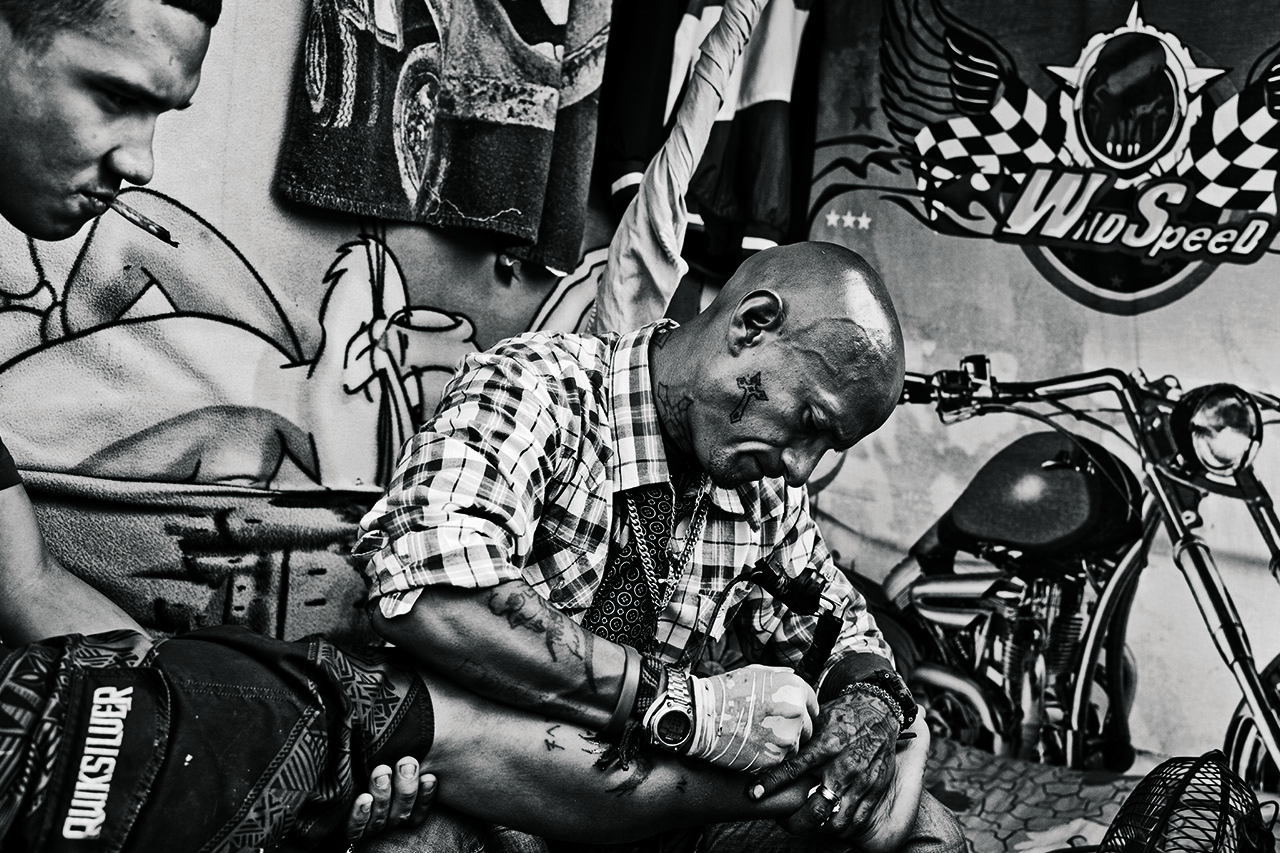 A prisoner named Freedom jokes with his mother at the facility’s entrance earlier this year. He is eligible for release, but his paperwork winds up taking more than a week to arrive. Administrative delays plague Venezuela’s detention system; some inmates wait years behind bars without standing trial.

A man tattoos another convict in an improvised parlor in 2014. Popular ink includes religious symbols, relatives’ names, and guns. 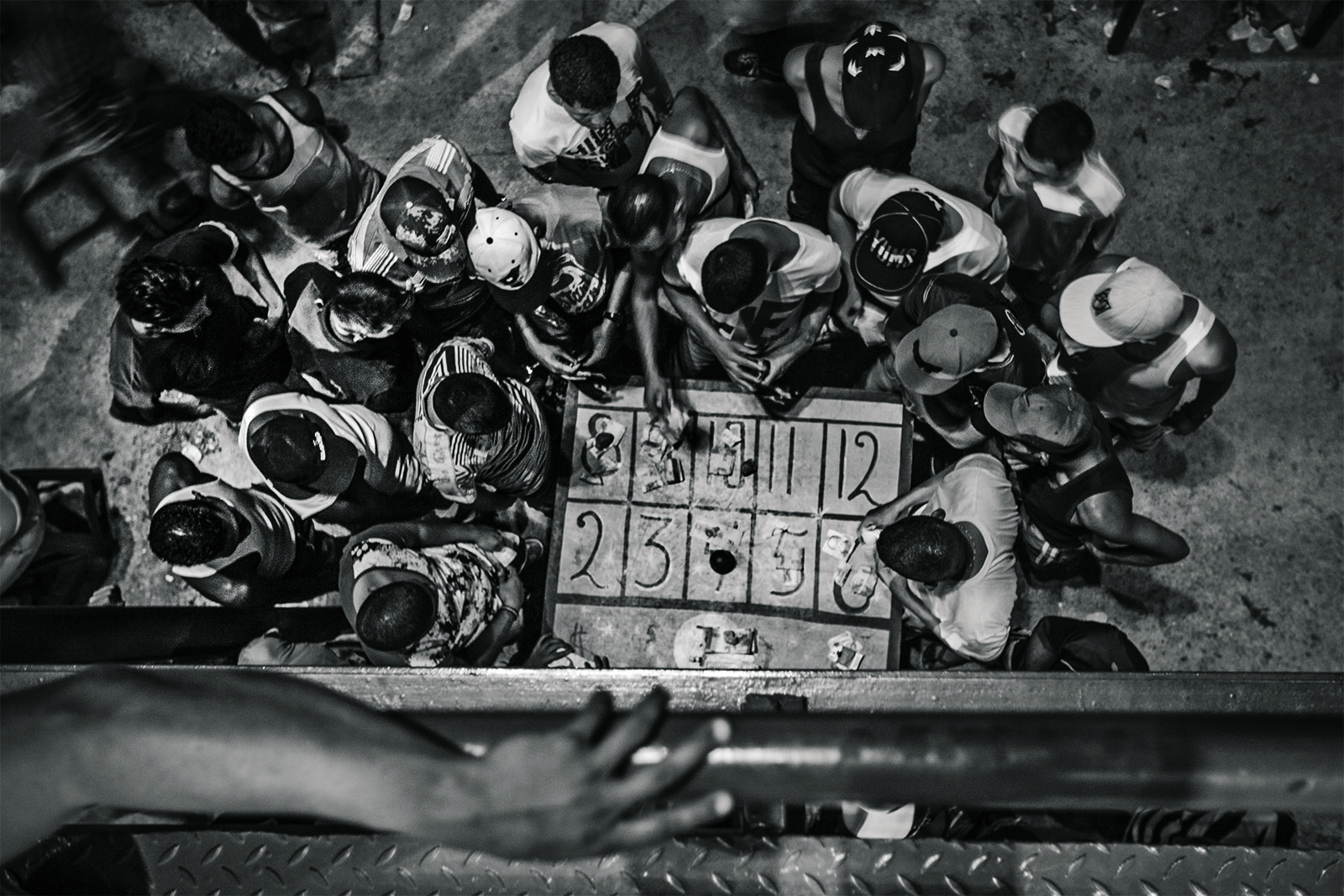 On visiting days, when fresh cash arrives in the prison, eager gamblers crowd around tables to play guaraña. Inmates, pictured here in 2015, bet on numbers, and then the winning digits are pulled from a box.

A version of this photo essay originally appeared in the September/October 2016 issue of  FP magazine, under the title “The Underworld.”